From a Tanqueray live stream featuring actor Stanley Tucci to a Hawksbill rum initiative to save the sea turtles, we explore the best promotional campaigns from last month.

In June, LVMH partnered with American basketball player Russell Westbrook to create a Hennessy ad looking at different communities that play the sport. Meanwhile, Diageo also harnessed the power of a famous face by collaborating with actor Stanley Tucci for a Tanqueray campaign.

Other brands focused on sustainability in their marketing: Hawksbill Spiced Rum donated 10% of its profits to the Barbados Sea Turtle Project, and Guatemalan Spirits promoted its newly gained carbon-neutral status.

Find our pick of the 10 best marketing campaigns from June over the following pages.

Hennessy Cognac has a ball 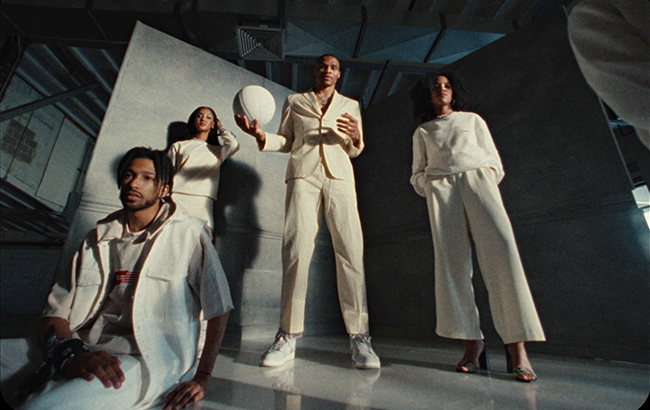 The campaign led to Hennessy extending its Unfinished Business platform to the NBA, an initiative seeking to help Black, Asian and Latinx small business owners hit by the pandemic. 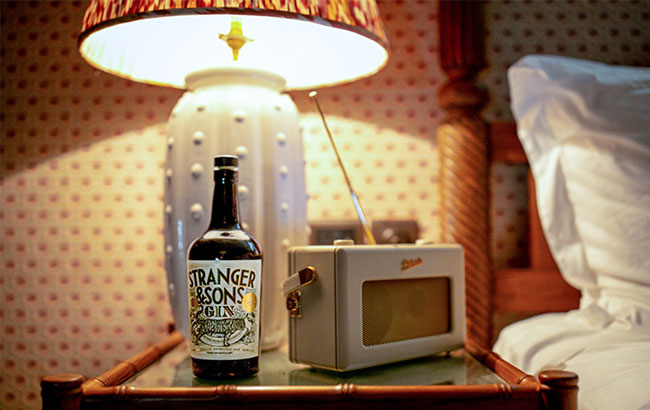 Indian gin Stranger & Sons is expanding its UK distribution by partnering with Sip and Savour.

Sakshi Saigal, co‐founder of Third Eye Distillery, said: “We are thrilled to be bringing our award‐winning Stranger & Sons gin from India to claim its place on Britain’s gin map.”

During the pandemic, the distillery shipped bottles to 100,000 homes in the UK. Saigal said: “We have launched an online programme with Sip and Savour, and plan to build an online brand ambassador programme.” 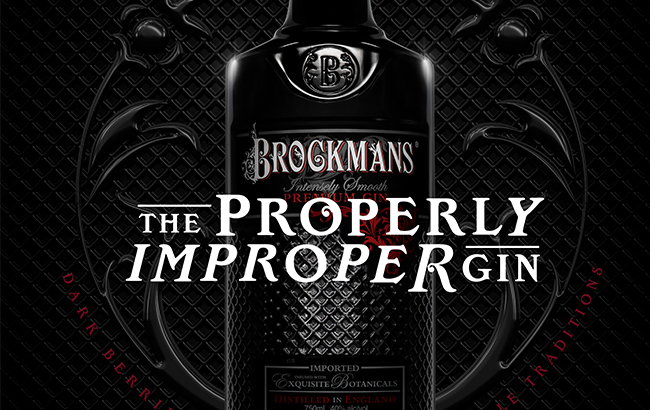 Rob McArdle, marketing controller of Brockmans Gin, said: “Our new communications strategy will inject the brand with energy, inspiring all that we do, driving awareness and growth over the coming years. The revised look and feel reinforces super‐premium values, together with an engaging tone of voice which incorporates it with daring”.

The launch of the new brand strategy and advertising campaign is part of a £3 million (US$4.22m) global marketing spend. 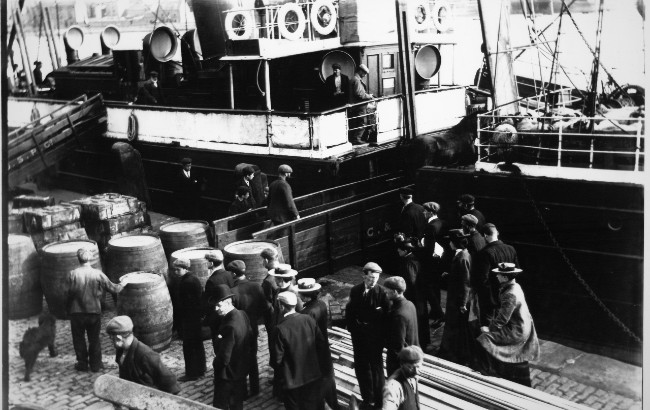 The Scottish whisky distillery, based in Campbeltown, collaborated with Document Scotland, a collective of three Scottish documentary photographers. The exhibition was revealed last month as part of the Glen Scotia Virtual Malts Festival 2021.

In February, Campbeltown‐based whisky distillery Glen Scotia asked the public to share photographs of the Scottish town from the mid‐19th and early 20th centuries. 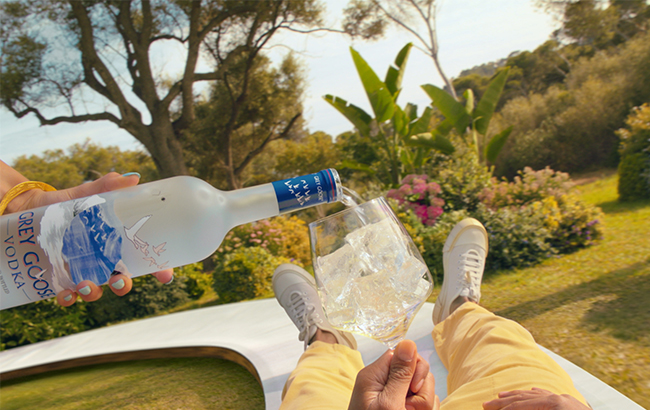 Bacardi-owned Grey Goose vodka released its Pour Yourself Something Smooth campaign, which aims to connect the brand to the natural world.

The campaign includes a short film that echoes the natural theme established in the recent launch of its Grey Goose Essences line – a lower-ABV bottled range infused with fruit and botanicals.

Shot and directed by director and photographer Dean Alexander, the advert aims to ‘welcome the summer state of mind’, featuring a man resting on a travelling chaise lounge in a garden while a Grey Goose cocktail is made up for him. It concludes with a shot of a goose against a backdrop of flora and fauna, a nod to the brand’s name.

The Pour Yourself Something Smooth campaign will appear in the US, UK, Australia and Canada across linear TV, OLV and social media, with a heavy presence during National Basketball Association (NBA) games.

Hawksbill shells out for turtles 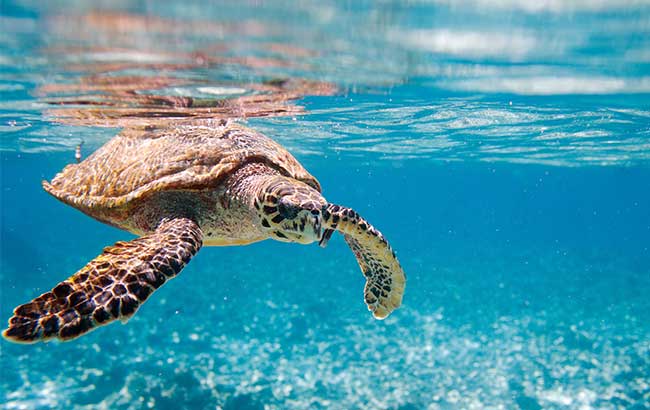 Hawksbill Caribbean Spiced Rum collaborated with the Barbados Sea Turtle Project in a partnership that coincided with World Sea Turtle Day on 16 June.

The Intercontinental Brands‐owned rum is named after the critically endangered hawksbill turtle, and the brand is paying tribute to its namesake by donating 10% of the profits from every bottle sold to the conservation project.

Six out of seven species of marine turtles are threatened with extinction, and the brand reported that the hawksbill turtle population could be as low as 57,000. The species help maintain coral reefs by feasting on sponges growing on it.

Hawksbill Caribbean Spiced Rum, a Gold medallist in The Rum Masters 2021, also ensures its packaging is eco‐friendly. Its bottle is made from recyclable materials, with a waste‐material cork and a label printed with plant‐based inks. The spiced rum ABV of 38.8%, and can be purchased for RRP £23 (US$32.45) per 700ml bottle.

Tanqueray teams up with Tucci 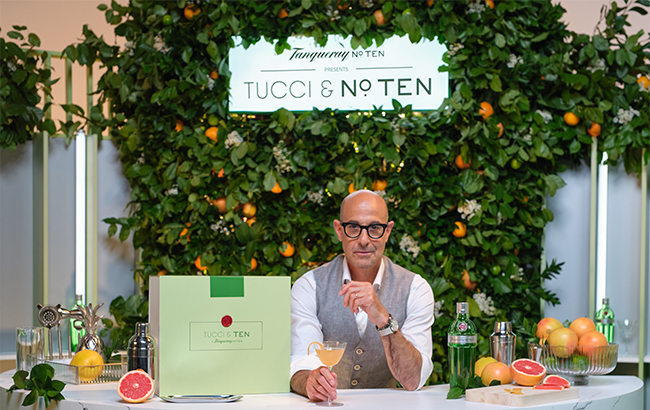 The collaboration between The Devil Wears Prada star and Tanqueray No. Ten was revealed from a virtual bar, called ‘Tucci and No. Ten: Open for Orders’.

The bar’s live stream allowed spectators around the world to witness Tucci and a team of bartenders crafting a Tanqueray cocktail together, before shipping the concoction to 100 fans.

“I’m a big fan of a great‐tasting cocktail – I can’t wait to show how people can experience the finest cocktails with Tanqueray,” Tucci said. 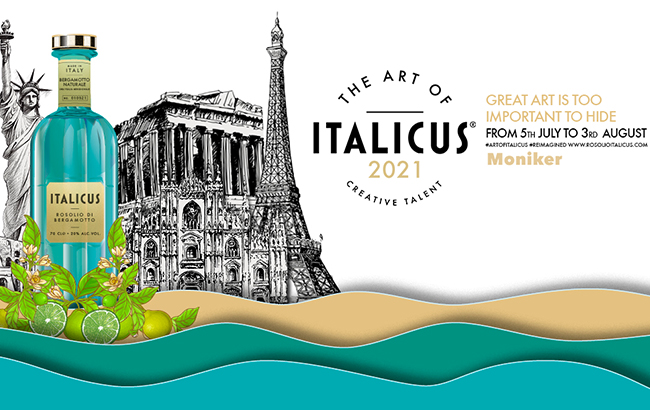 14 cities have been selected to inspire entrants, with Italicus collaborating with arts platform Moniker Culture to establish the theme of Cities Reimagined. The contest encourages artists to reinterpret a city’s landscape through the lens of the Italian liqueur.

One winner will be selected from each of the 14 cities depicted, with each winning €1,000 (US$1,191). More details can be found at rosolioitalicus.com/creative‐talent. 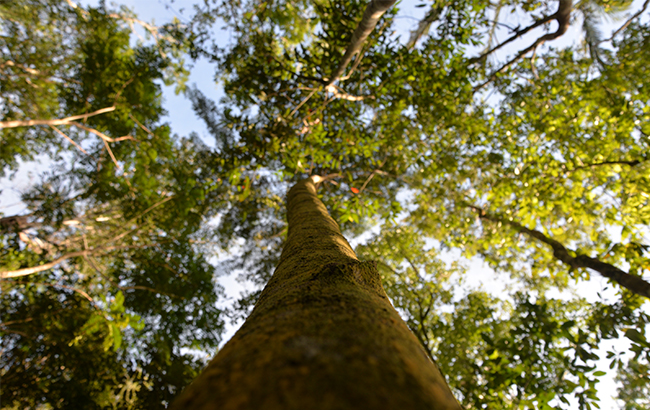 CEO Luis Ibáñez said: “Managing this measurement validates our commitment to the environment and our focus in ensuring sustainable practices within our corporation”.

Guatemalan Spirits’ ‘self‐mitigation’ of its carbon footprint was achieved without purchasing carbon credits. The company’s forests cover 4,500ha in Guatemala, enabling the offsetting of 60,000 tonnes of carbon dioxide emissions. 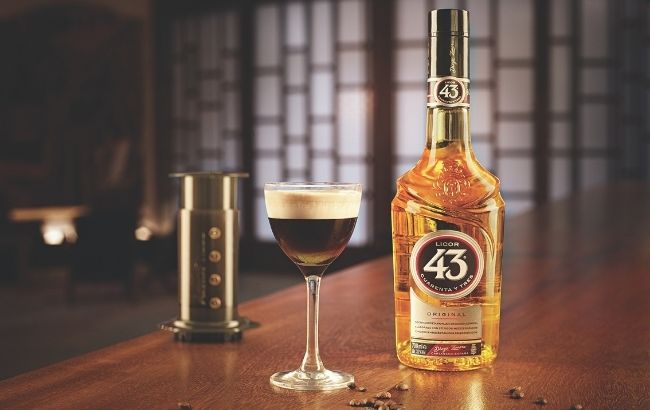 The tag line, translated into English, reads: “There may only be one carajillo. But ways to shake it? Many.”

Carajillo 43 combines Licor 43 liqueur with Mexican coffee, and is bottled at 10% ABV.

Julian Fernandez, global marketing and innovation director for spirits at Zamora Company, said: “Everyone in Mexico knows that an authentic carajillo is made with Licor 43, but there are just as many ways to shake it as there are people in the country.”