Intriguing maturation techniques dominate the third instalment of our most innovative spirits list, with everything from a Scotch barrel-finished Tequila and a Champagne cask-aged gin to a trio of experimental brandies making the final cut.

Producers continued to push the boundaries of maturation in 2019 and brought out a swathe of new launches, including a brandy finished in orange curaçao barrels and a rye whisky finished in umeshu barrels.

Meanwhile, Glen Moray Scotch whisky aimed to promote the use of single malts in cocktails with its own bitters, and gin brand Hendrick’s unveiled a “modern” interpretation of absinthe.

Click through the following pages to see the third part of our top 50 innovative spirits launches of 2019, counting down from 30 to 21.

London seafood restaurant chain Wright Brothers goes through thousands of oyster shells annually and decided to put them to good use by distilling them to create Half Shell Gin.

Wright Brothers Half Shell Gin was created in partnership with The Ginstitute distillery in west London and has been designed to complement the restaurant’s oyster, shellfish and fish dishes. Not only this, but the gin taps into the hugely popular – and important – sustainability trend by making good use of an otherwise discarded product.

The expression was described as a “savoury gin with high mineral notes and a pink pepper finish”. 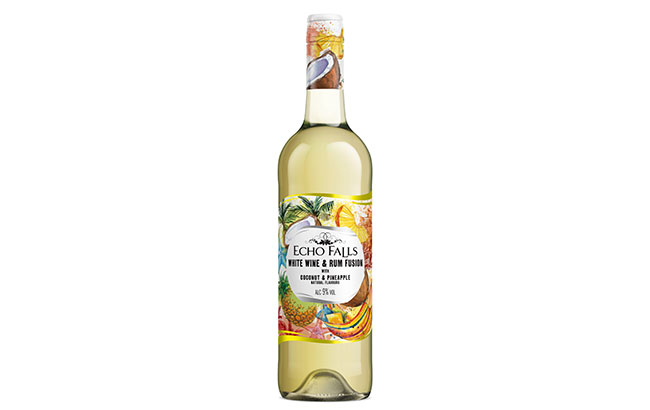 Part of wine maker Echo Falls’ Fusions range, the new product is a blend of Echo Falls white wine and a ‘rum fusion’, with coconut and pineapple flavours.

It is bottled at 9% ABV and targets two key audiences: 30-plus females juggling work and family life, and under 30 ‘experiencers’ who “value new and exciting products”. 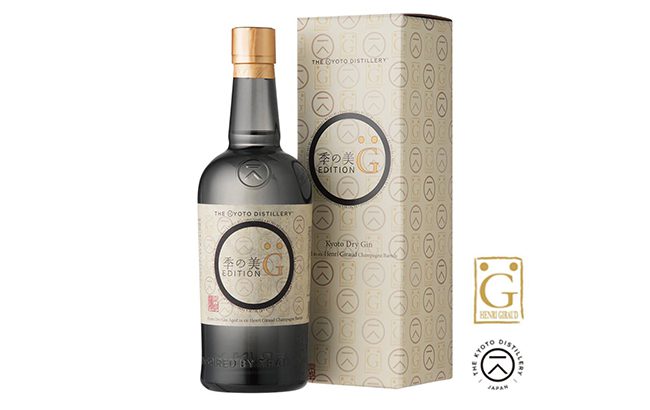 Created by Japan’s Kyoto Distillery, Ki No Bi Edition G is thought to be the first Champagne cask-aged gin.

Only limited quantities of Ki No Bi Edition G were released in Japan and proved so popular they sold out in one day. The expression was based on the Ki No Bi Kyoto Dry Gin expression.

The gin was created in collaboration with Champagne house Henri Giraud. 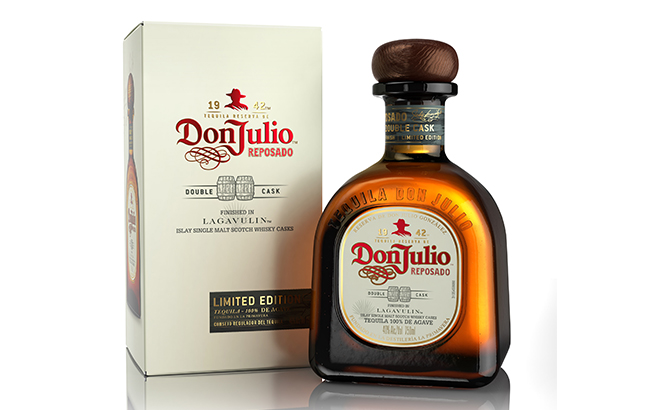 Diageo-owned Tequila brand Don Julio continued its experimentation with Scotch barrels with the launch of a reposado finished in casks that previously held Lagavulin single malt.

The new limited edition whisky was the result of a collaboration between Don Julio master distiller Enrique de Colsa and Colin Gordon, manager of the Lagavulin Distillery on Islay.

Don Julio Reposado Double Cask Lagavulin Aged Edition was finished for two weeks in the whisky casks. It had been in development for two years. 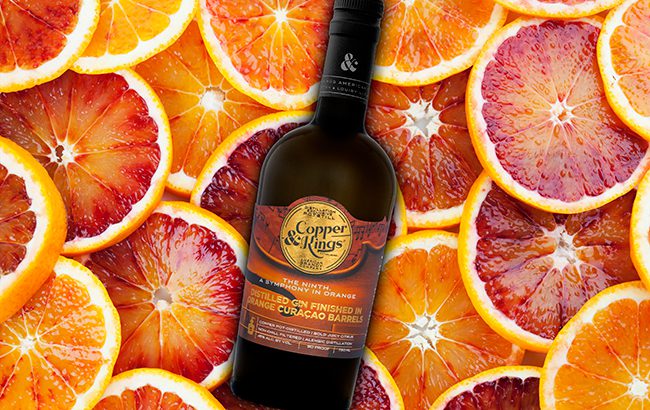 Known for its innovative brandy production, Louisville-based Copper & Kings added a brandy-based gin to its range last year, which had been finished in orange curaçao barrels.

The gin was then finished in Destillaré Intense Orange Curaçao barrels, a Copper & Kings-owned brand. 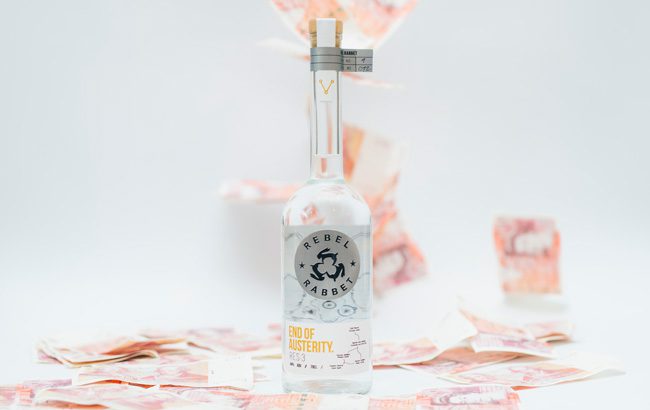 The third spirit to join Rebel Rabbet’s Rebel Exile Spirits range was made with Alba white truffle, Beluga caviar and orris root. It is said to be “the world’s most affordable spirit with the world’s most expensive ingredients”.

Bottled at 44% ABV, RES:3 End of Austerity is recommended served over ice or mixed with soda.

Glen Moray has upped its efforts to demonstrate the mixability of Scotch whisky. Last year, the Speyside distillery brought out its own bitters, made by macerating and distilling rosemary and pepper with quinquina, dry gentian, absinthe, angelica and whisky.

Described as a “perfect addition” to an Old Fashioned cocktail, the product aims to “change perceptions around the use of single malt whiskies as an ingredient in cocktails”.

Gin brand Hendrick’s unveiled a “modern” interpretation of absinthe, featuring the brand’s signature flavours of rose and cucumber, as well as botanicals such as star anise, wormwood, juniper, yarrow and orange.

Hendrick’s Absinthe was the result of laboratory experiments by master distiller Lesley Gracie at the brand’s new Gin Palace in Girvan, Scotland.

The spirit has been bottled at 48% ABV – a lower strength compared to many traditional absinthes in order to make it more approachable and showcase its nuance of botanical flavours. The liquid is clear and is made with only natural ingredients. 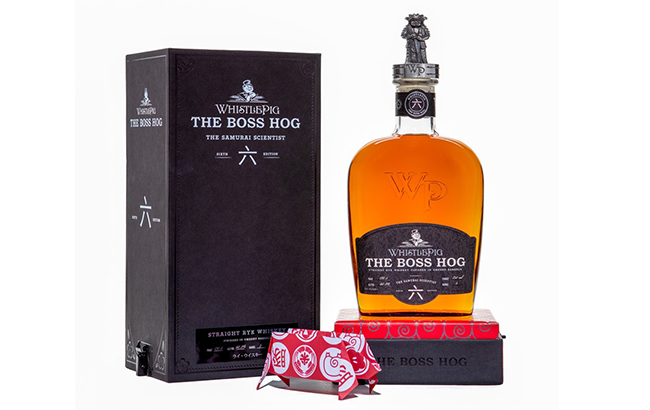 WhistlePig partnered with Japanese brewery Kitaya to finish its rye whisky in barrels that previously contained Saikoo, an 11‐year‐old umeshu.

Distilled in Canada using koji fermentation, the whisky was bottled at 60.3% ABV on the WhistlePig farm in Vermont.

It is the sixth edition in WhistlePig’s Boss Hog range, which includes expressions aged in a variety of casks such as Scotch and Calvados apple brandy.

The 16-year-old expression is said to be “powerfully complex and distinctly unique from anything WhistlePig has introduced before”. 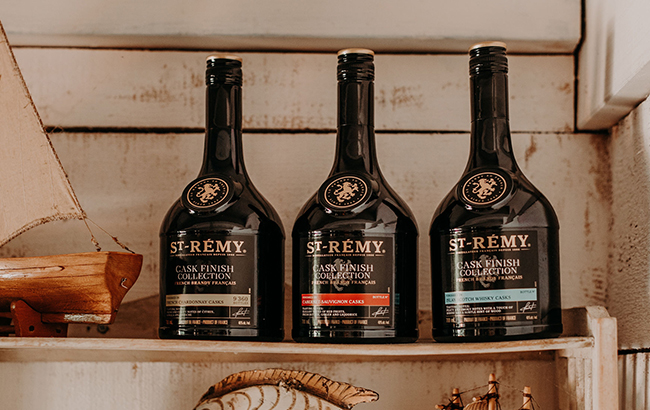 Created by Cécile Roudaut, St-Rémy master blender, each expression is a “distinctive exploration into the encounter between French brandies and wood”.