We’ve looked back at the companies whose brands won the greatest number of medals in each category of 2022’s Global Spirits Masters Competitions (GSMC).

A total of 21 competitions were held in 2022, including the successful return of The Low & No Masters, The Hard Seltzer Masters and The Cocktail & Signature Serve Masters, which were all held for the first time in 2021. The spring and autumn editions of The DB & SB Blind Tasting competitions, held in partnership with sister title the drinks business, also returned.

After each iteration of the competition, the individual medals awarded to each company were tallied up, with different weightings awarded to Silver, Gold, and Master medals. The company that generated the highest number of points in each round was selected to be the Grand Master of its respective category.

Here, we highlight each Grand Master winner from the 2022 series.

The Low & No Masters kicked off our Global Spirits Masters Competitions series in 2022. The competition aimed to assess the lower-alcohol and zero-ABV options on the market, spanning categories such as 0% ABV dark ‘spirits’ and ready-to-drink variants.

Taking home an impressive 17 medals in the 2022 contest was Lyre’s, which collected Master medals for its Italian Spritz, Coffee Originale, Amaretti, and Apéritif Rosso bottlings.

In addition to its vast range of ‘spirits’, Lyre’s also producesfive canned ready-to-drink products, as well as a sparklingwine alternative. 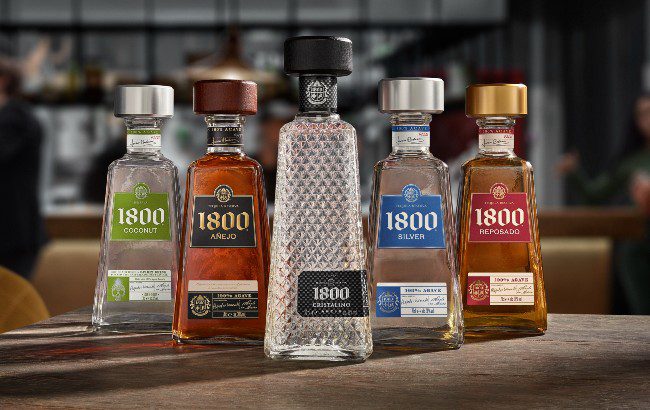 Agave-based spirits came under the spotlight in The Tequila & Mezcal Masters. The contest welcomed a record number of entries, which showcased the high calibre of offerings coming from Mexico.

Proximo Spirits was founded in 2007 by the Beckmann family of Mexico. 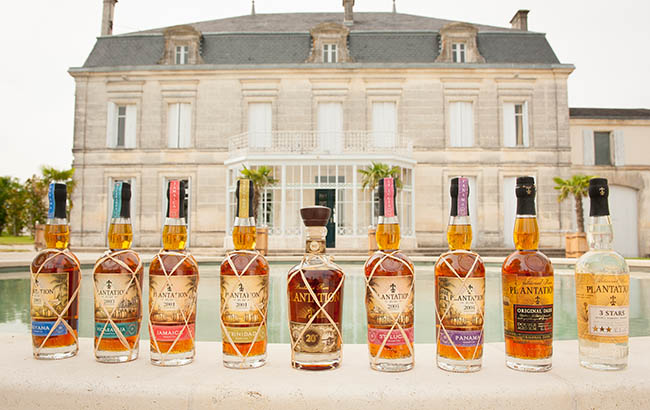 The 2022 Rum & Cachaça Masters was the biggest version of the competition to date, with more than 220 expressions submitted. Sales of rum have surpassed £1 billion (US$1.2bn) a year in the UK, meaning it now accounts for a bigger market share than whisky. Drinkers’ preference for spiced and flavoured bottlings, and the move towards premiumisation, have boosted the category.

Winning the most medals in the 2022 contest was Maison Ferrand, the company behind the Plantation rum brand. Judges particularly enjoyed Plantation Gran Añejo, a blend of rums from Guatemala and Belize. 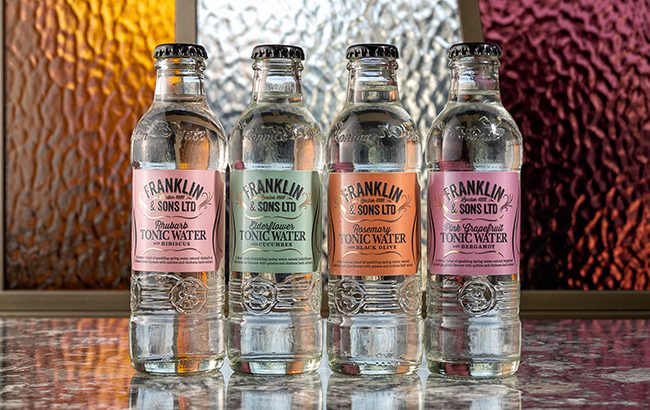 As consumers are increasingly on the search for high-quality mixers to pair with their spirits, the annual Tonic & Mixer Masters sought tofind the best bottlings in the growing category. 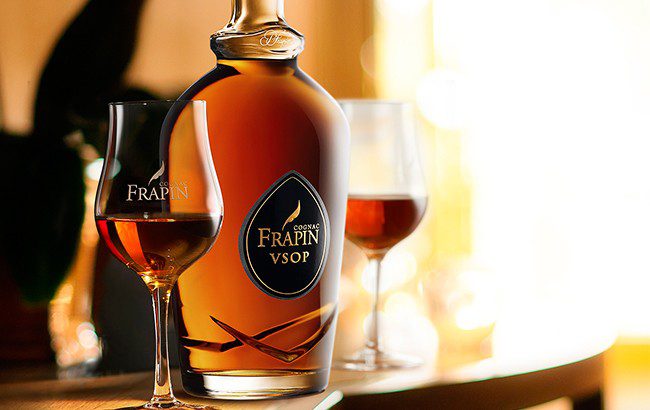 From VSOP single estate to XO single cru bottlings, The Cognac Masters 2022 saw an impressive 11 products secure the top award in the competition.

But the company securing the greatest number of medals was Cognac house Frapin, which went home with Masters for its Château Fontpinot XO, Millésime 1995, XO VIP and VSOP bottlings.

Cognac Frapin can trace its roots in the region to 1270.

The brand sources all the Ugni Blanc grapes that are used to create Frapin Cognac from a 240-hectare vineyard situated in Grande Champagne. 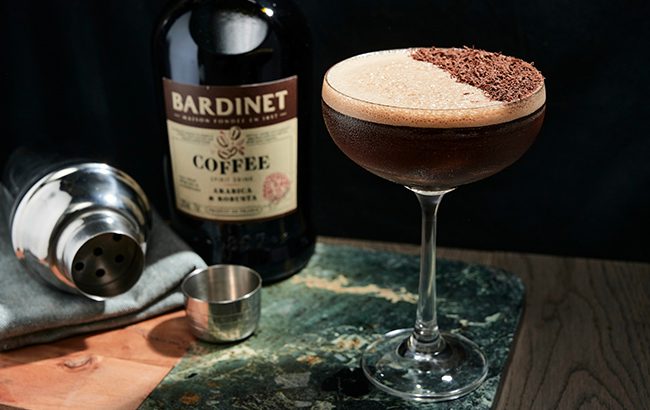 The 2022 Brandy Masters saw an expert panel of judges taste grape-based varieties from regions such as Europe, South Africa, Asia, and Australia.

Bardinet was founded in 1857 by Paul Bardinet, and joined the portfolio of French firm La Martiniquaise-Bardinet in 1993. The brandy is aged and blended at the Domaine de Fleurenne estate near Bordeaux in France. 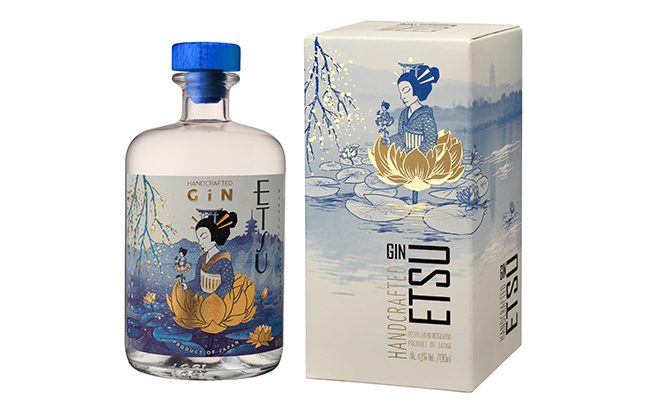 Spirits such as Japanese whisky, gin and vodka came under the spotlight in The Asian Spirits Masters, judged by four panels at London’s Mandarin Oriental Hotel’s new bar and restaurant, The Aubrey. 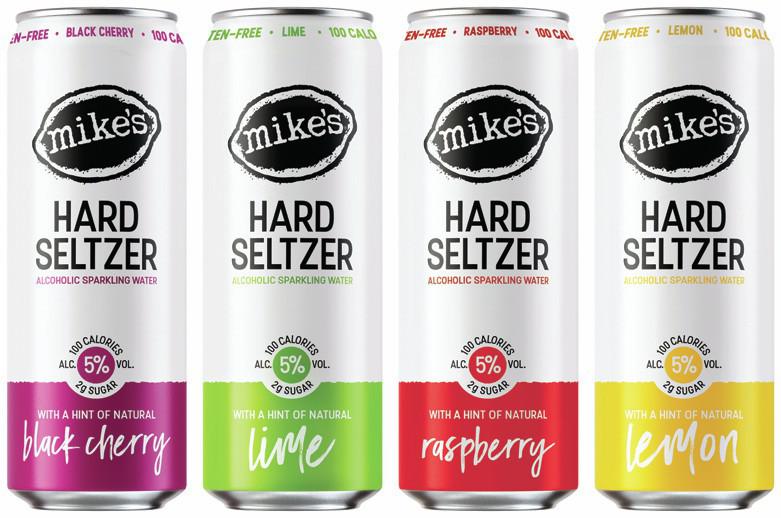 The IWSR projects that hard seltzers will account for half of all global ready-to-drink volumes by 2025.

As the category continues to grow, The Hard Seltzer Masters set out to find the products of the highest quality available on the market.

Brewing giant AB InBev was given four Silvers, four Golds and a Master. The latter was bestowed upon Mike’s Hard Seltzer Raspberry, praised for its “lush raspberry tartness” on the nose, which “carried throughout the journey onto thefinish, leaving a nice round note”. 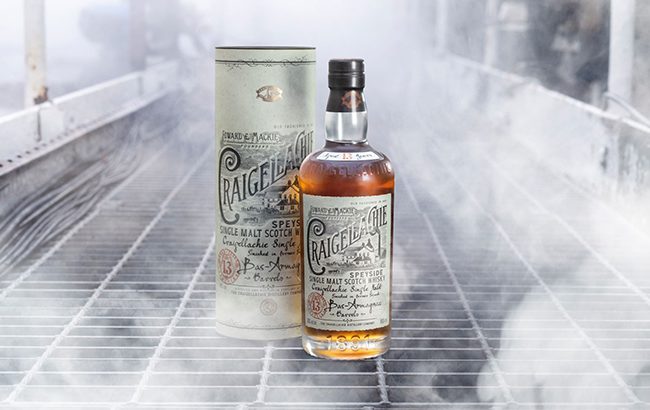 One of the biggest blind tastings in The Global Spirits Masters Competitions was The Scotch Whisky Masters, which put blends, single malts and single grains from each Scotch region to the taste test.

Bacardi | John Dewar & Sons secured the Grand Master title for single malts across the Highland and Islands, and Speyside regions.

Among the Gold winners were its 13-year-old and 17-year-oldwhiskies, Aberfeldy 16 Years Old and The Deveron 10 Years Old. 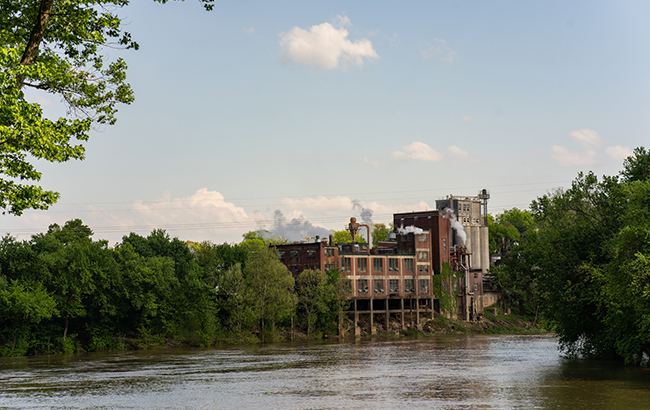 In 2018, Buffalo Trace owner Sazerac pledged US$1.2 billion to boost production over a 10-year period.

In the coming years, Buffalo Trace expects to double its whiskey-making capabilities, following the completion of an additional still house. 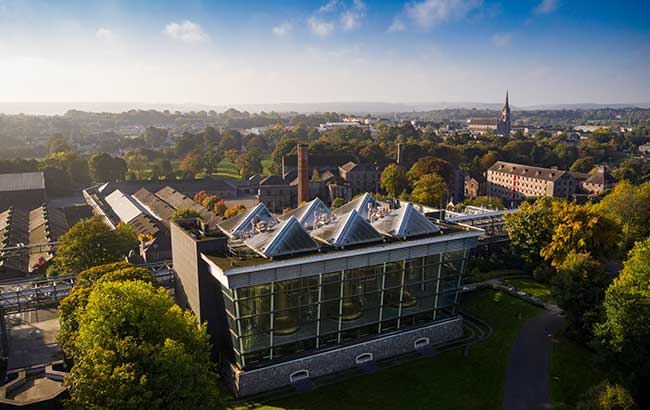 Whiskeys from the Emerald Isle have risen in popularity with consumers, and major players are investing in expanding their production capabilities in Ireland to meet this demand.

With so much choice on offer, The Irish Whiskey Masters sought to reveal the products that offered value for money.

The Irish whiskey giant, which owns Jameson, dominated the ultra-premium single pot still round, where it received two Masters and 11 Golds. 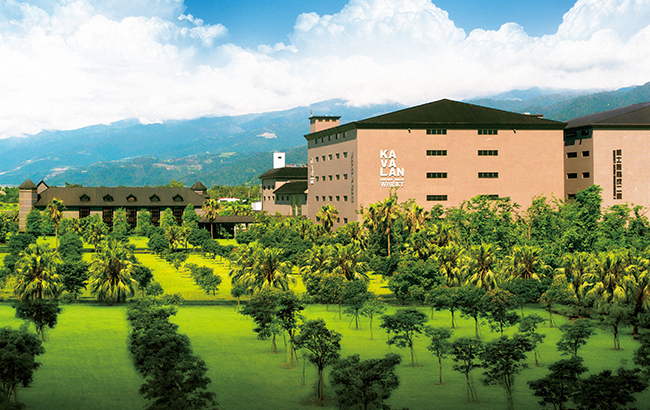 The World Whisky Masters bestowed medals upon whiskies made outside of Ireland, Scotland and the US.

Taiwanese distiller Kavalan scooped up one Master, 10 Gold medals and one Silver in the Asia (excluding Japan and India) round. 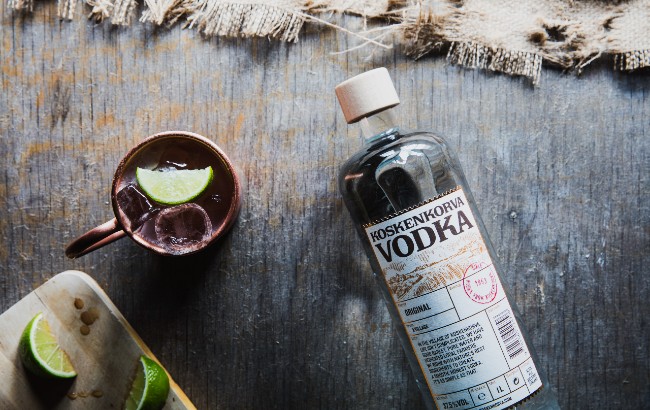 From vodkas that are priced under £10 to expressions that are made with rye, grain, and corn, the judges of the annual Vodka Masters rewarded worthy winners in a hugely competitive category that is well known for its versatility.

Nordic spirit group Anora took the top title of Grand Master, winning 14 medals for its range of vodkas, which includes the Koskenkorva and Saaremaa brands.

Headquartered in Finland, Anora Group is the result of a merger between Altia and Arcus. 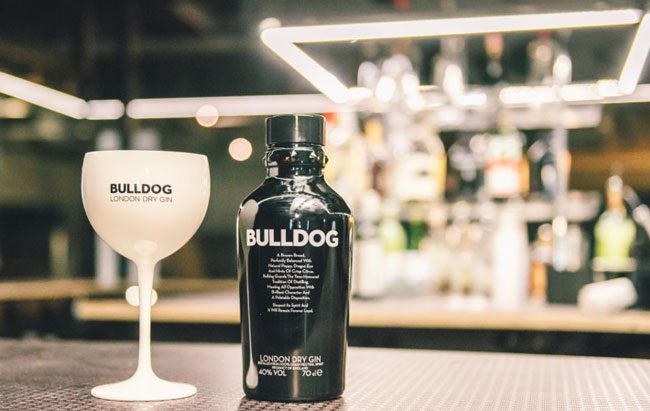 The Glenmorangie Company and Campari Group

There was much excitement in the travel retail channel as sales rebounded for major players in airports and cruise ships, following the lifting of pandemic restrictions.

The 2022 Travel Retail Grand Master award was awarded jointly to Campari Group and The Glenmorangie Company. 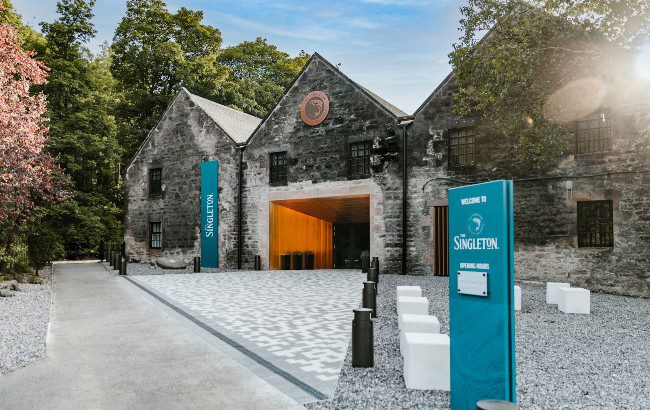 The aim of The Luxury Masters was to determine whether each entry, in its respective super-premium or ultra-premium price bracket, was deserving of its price tag. Diageo’s six medal wins meant it received The Luxury Grand Master 2022 title. The producer was given medals for Scotch whiskies Old Parr 12 Years Old and 18 Years Old, Talisker Surge, and The Singleton of Dufftown 21 Years Old, as well as the Zacapa XO and Zacapa 23 rums.

Diageo, which has its headquarters in London, also owns Smirnoff vodka, Johnnie Walker Scotch whisky, and Chase Distillery, to name just a few. 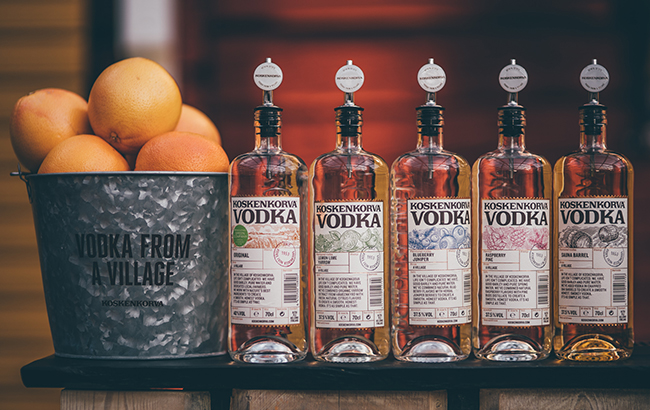 The boom in home cocktail making has seen liqueur sales soar in recent years. In the UK, liqueur sales rose by 27% to more than 44 million bottles sold in the year to 11 September 2021, according to the Wine and Spirit Trade Association.

These lower-ABV bottlings were put to the test in The Liqueur Masters 2022, with Anora Group taking its second Grand Master accolade, after winning nine medals.

Anora Group collected two Master medals in the Fruit round, one for “phenomenal, fresh” Koskenkorva Ginger, and a second for its “interesting and well made” Koskenkorva Passionfruit bottling.

The ever-expanding ready-to-drink sector has exploded in recent years as consumers seek convenience, particularly at home or on the go. The 2022 Pre-Mixed & RTD Masters saw Curatif win the Grand Master award for expressions including Never Never Distilling Negroni, and Archie Rose Espresso Martini.

Independent start-up Curatif partners with spirits brands to create canned drinks. It was founded in June 2019 in Australia. 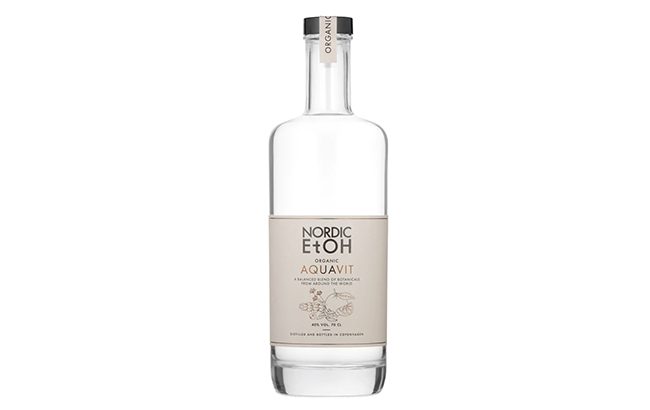 From Scandinavian spirit aquavit to vermouths from Italy and England, there are an abundance of spirits on the market that stand apart from the industry’s longestablished segments.

To test the quality of some of these subcategories, The Speciality Masters 2022 called on three groups of expert panellists to help judge these products.

The company with the most medal wins was Nordic Ethanol, which won a Master for its Nordic EtOH Aquavit, and two Gold medals. Copenhagen-based distillery Nordic Ethanol was established by two former chefs. 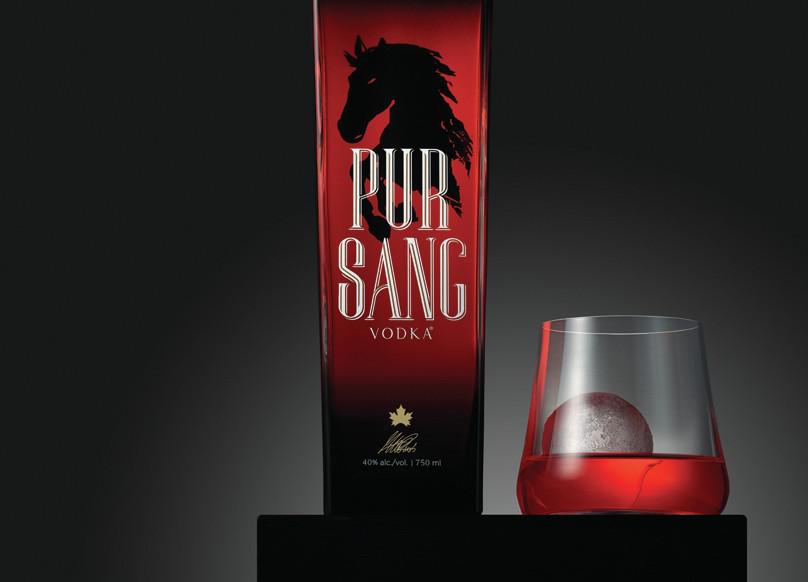 Held for the second year in a row, The Cocktail & Signature Serve Masters 2022 looked to assess the best of recommended brand recipes. Cocktails made with bases of vodka, whiskey, rum, liqueurs and low- and no-alcohol were assessed. Pur Sang Vodka was the recipient of six medals, winning the ultimate Grand Master title for 2022.

The brand secured a Master for its Gentleman Jean serve, alongside three Golds and two Silvers.

One judge found the Master-winning serve to be “nice and fresh” on the nose, leading to a “tangy and fruity palate, with nicefizz”.

The Gin Masters was split into two competitions in 2022 due to the huge amount of entries submitted. Flights covered everything from London Dry and Old Tom styles, to pink gin, gin-based liqueurs, and contemporary recipes.

The distillery is based in Härnösand, in Sweden’s Västernorrland County. 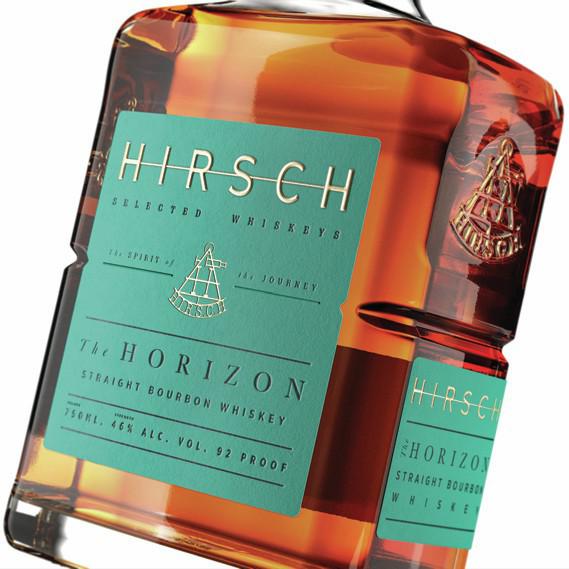 Spirits producers, covering all categories from gin and whisky to pre-mixed cocktails and travel retail-exclusives, were judged for their creative designs in The Design & Packaging Masters 2022.

The company’s highest-scoring entries were Bevridge American Single Malt Kit, Castle & Key Untold Story, Hirsch Horizon, and Compass Box Menagerie, all of which were awarded the highest-possible medals by the judges – Master.