The number of excellent Tequila and mezcal bottlings on the market has been increasing at an impressive rate, with producers bringing interesting expressions to keen consumers, as this year’s blind-tasting competition showed.

*This feature was originally published in the February 2022 issue of The Spirits Business magazine.

There’s a reason celebrities are eager to claim a stake in the Tequila category, and that’s because the agave‐based spirit is soaring in popularity.

Tequila has come a long way in the past decade. From its shot‐slamming party days, the spirit has enjoyed a major glow‐up, and is now revered as a serious spirit. And the medals speak for themselves. This year’s Tequila & Mezcal Masters welcomed a record number of entries, which showcased the high calibre of offerings coming from Mexico.

Three panels put the majority of entries to the test at the Novotel Hotel in London Bridge. The first group comprised Nicola Carruthers, deputy editor of The Spirits Business magazine, and Michael Fichtner, head bartender at the Coburg Bar at The Connaught hotel in London. Bryan Rodriguez, wine and spirits buyer at Harvey Nichols, chaired the panel.

The third team consisted of Matt Chambers, co‐founder of the Whisky for Everyone blog and the North London Whisky Club, Evan Prousaefs, bar manager and assistant general manager of Los Mochis restaurant in London’s Notting Hill, and Chris Tanner, bar manager at Milroy’s. Melita Kiely, editor of The Spirits Business, chaired the panel.

Carruthers and Kiely were also joined at a later date by The Spirits Business’ digital editor, Kate Malczewski, to assess the final few Tequilas and mezcals of the 2022 blind tasting. All of the entries were packed and shipped blind by Sensible.

Moving from mixto to 100% agave Tequila, and the first Master medal of the contest became apparent in the premium price bracket. Tequila Exotico Blanco secured the top award for offering “fruity” aromas and “lovely spice on the palate”.

In the 100% Agave Tequila – Super‐Premium Blanco heat, another Master was unearthed: Teremana Tequila Blanco. The Tequila, co-founded by actor Dwayne ‘The Rock’ Johnson, impressed the judges with its complex aromas: “Spicy, vegetal nose, white pepper” and a “touch of chilli spice” on the palate. Rodriguez noted: “This shows a good, light blanco. A well‐made and approachable Tequila.”

Six Gold medals gave the flight a boost, with awards picked up by producers including Diageo, Pernod Ricard and Luxco. Don Julio Blanco collected a Gold medal for “bright, citrus” aromas and “agave sweetness” on the finish.

Tanner said: “These Tequilas were worth the price point. If I were able to buy any of these in the lower, mid‐range of the price point especially, I’d be stoked.”

At the high end of the 100% agave blanco Tequila category, a further six entries met the Gold‐standard criteria. Calirosa Tequila Rosa Blanco won Gold for its “aromatic notes”, while Tequila Diamanté Blanco took home a Gold medal for its “tropical fruity nose” and “saline backdrop” on the palate. Otaca Tequila also received the Gold seal of approval, with its “sweet then earthy” flavour profile.

The judges then turned their attention to aged Tequilas, beginning with a flight of Mixto Tequila – Reposado. In this round, two Silver medallists were discovered. Sierra Tequila Reposado secured Silver for aromas of “fruit, vegetal notes and a touch of pepper”, leading to “some warming spice” on the palate. El Sueño Tequila Gold also took home Silver for delivering “some grassy notes” on the palate, and a “nice spiciness”.

The judges found the quality improved as they progressed to 100% Agave Tequila – Premium Reposado. A Master was bestowed upon Tequila Dahlia Cristalino. Rodriguez found this expression had an “explosive nose” full of “roasted agave, pepper and floral notes”. The palate had a “touch of sweetness” and “lingering” flavour. “This shows Tequila’s immense complexity, playful aromas and notes reminiscent of other spirits categories,” he enthused. “This feels more like a sipping liquid than a mixing liquid.”

A Gold medal was awarded to Tequila Exotico Reposado, which had “good length” to its finish, while a Silver medal was given to Corralejo Reposado.

In the more costly super‐premium price range, a Master was awarded to Olmeca Altos Reposado. Athavia noted the “fantastic integration of the oak on the palate”, which she said gave the Tequila “body, texture and a hint of sweetness”.

Eight Gold medals were also enjoyed in this round. Among the Gold winners were: “vibrant, delicious” El Tequileño Cristalino; “nicely balanced” Teremana Reposado, with “green peppers on the finish”; and “unusual, distinct” Vivir Tequila Reposado, which boasted “vanilla notes and Bourbon barrel influence”.

Chambers said: “This feels like a category where producers are trying to experiment and push the limits a little bit within the rules. It was a pretty great flight.” 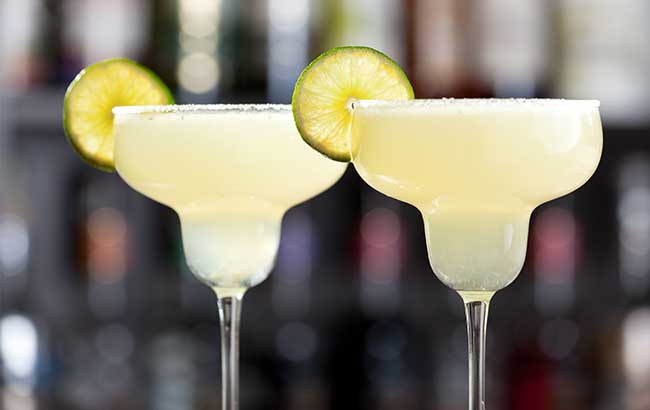 Prousaefs was pleased to see a “very solid round”. Tanner added: “This was great value for money.”

The Master standard continued into the higher end of the añejo category, with one top award winner unearthed in the ultra-premium heat. Corralejo 99,000 Horas Añejo was a deserving Master medallist. The Tequila impressed the judges with its “very rich nose”, followed by a “smooth mouthfeel, wonderful complex mature flavours, and a long and elegant finish”.

Among the five Gold winners in this flight was Calirosa Tequila Añejo, with its “dessert‐like” palate and “dry” finish, with “some marzipan and nuttiness”.

In the oldest portion of the Tequila category, three ultra‐premium extra añejo Tequilas won a Master medal. First of all, Avión Reserva 44 received the Master award for its “nutty” aroma, and “moreish” flavours of “chocolate, toffee and citrus peel”.

Lobos 1707 Extra Añejo Tequila also gained a Master title for being “elegant”, with a “nice balance of flavours”.

Four Gold medals were also awarded in this round, including one for Gran Centenario Leyenda. The Tequila had a “silky, luxurious texture” and a “nice dryness” on the finish.

From there, the competition moved onto Flavoured Tequila, where a Gold medal was handed to 1800 Coconut, with its “inviting, fresh coconut” aroma and “agave notes on the finish”.

A Silver medal was given to coffee‐flavoured Sierra Milenario Tequila Cafè.  Two more Silver medals were hailed in the Tequila Liqueur round. El Sueño Watermelon Liqueur pleasantly surprised the judges with its “fresh watermelon notes” and some “light earthiness”. Silver winner Horus was likened to a “very well done chocolate cream”.

That concluded the Tequila segment of the competition. The tasting then focused its efforts on the spirit’s up‐and‐coming cousin, mezcal. 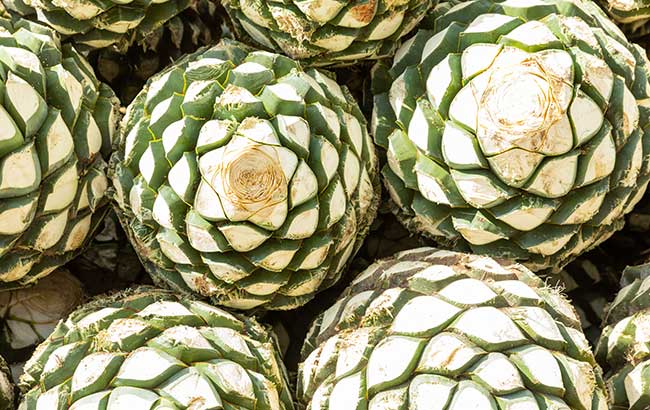 In the 100% Agave Mezcal – Joven, a Master medal was awarded to Mezcal Artesanal Noble Coyote – Coyote de Amatlán. Athavia found this to be “quite salty on the nose, with sea aromas”, leading to “lots of character and funky notes” on the palate.

In the 100% Agave Mezcal – Blanco heat, two Master medals were enjoyed. Ojo de Dios Mezcal was one of the recipients.

Rodriguez said: “The nose on this sample is wonderful. It shows a different approach to mezcal. The palate is incredible, rich, oily and smooth, with a very luxurious mouthfeel. The smoked note intensifies a bit and becomes a little more prominent, with sour yoghurt in the back. It’s an earthy, vibrant and complex liquid that feels like the perfect sipping mezcal. Brilliant.”

With the entries all tried and tested, the judges revisited the Master winners to crown The Tequila & Mezcal Taste Master 2022. The tasting emphasised the high‐quality expressions streaming from the agave‐based spirit category.

After much consideration, the judges agreed to award the coveted Taste Master title to Sierra Milenario Tequila Extra Añejo.

Chambers said: “Quality‐wise, this was a solid tasting. And you’re starting to see one or two producers pushing the boundaries of what can be done.”

Tanner remained equally enthused about agave‐based spirits. He added: “I think we’ll see, perhaps like gin, in a year or two there will be a more ‘contemporary’ Tequila category with different barrel finishes and a more experimental level.

“Five or 10 years ago, nobody would put investment into research and development for Tequila, but now producers are in a position to start messing around a bit more, which means they must have confidence in the consumer.”