The increasing popularity of ready-to-drink and pre-mixed cocktails has gone hand in hand with an increase in the number of expressions on today’s market. But which brands are worth buying? 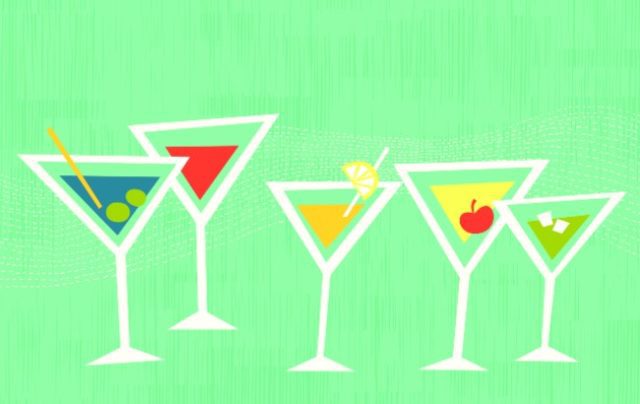 The ever-expanding ready-to-drink (RTD) sector has experienced a swathe of innovation in recent years, as alcohol firms have widened their product ranges with pre-mixed offerings. According to a recent report by IWSR Drinks Market Analysis, the RTD category is predicted to grow by 24% in volume over the next five years, led by spirit-based cocktails and long drinks.

Spirit-based RTDs – particularly vodka-based variants – held 45% of the category volume share in 2021 in the 10 markets surveyed, and were driving “the lion’s share of innovation”, the IWSR noted. To assess the large number of products on the market, The Spirits Business held its Pre-mixed & RTD Masters last month.

An expert team of judges gathered at the Ibis Styles in London’s Southwark to bestow medals on products made with a base of vodka, gin, rum, Tequila, and whisky.

The first panel was chaired by Melita Kiely, editor of The Spirits Business and chair of The Global Spirits Masters Competitions. She was joined by: Elise Craft, co-host of Whisky Squad; Emilia Wrelton, bar manager at Electric House private members club in London; and Marko Stanar, head bartender at Annabel’s in London.

The second panel was formed of: Angelo Sparvoli, head bartender at St James Bar at the Sofitel St James hotel in London; Dimple Athavia, founder of All Things Drinks; and Nicola Carruthers, deputy editor of The Spirits Business, who chaired the panel.

Matt Chambers, co-founder of the Whisky for Everyone blog and the North London Whisky Club, chaired the fourth panel. His team included: Sara Jane Eichler, founder of the Negroni Club UK; and Herchelle Perez Terrado, director of Drinks Partnership.

The flight concluded with 18 Silver medals.

A tasting of gin-based RTDs saw four Masters dished out, including two to Whitebox Cocktails for its Pocket Negroni, and Freezer Martini. Miller said of the former: “Bitter, sweet classic nose – looks and smells like a Negroni. Nicely balanced, not too sweet at all, medium-long finish with a good bitter note. A little bright orange might add a nice note but very satisfying.” The latter was praised by judges for being “clean and smooth” particularly considering its ABV at 34.4% ABV, with some “subtle sweetness” and a hint of olive.

Fellow Master medallist Curatif Never Never Distilling Negroni was described by one judge as a “bar-quality Negroni” with hints of “spices, orange and a herbaceous nose”.

Twenty-one Gold medals were given out, including: Beefeater Blood Orange & Tonic, with its “lovely bitter zesty orange notes”; and Glaswegin Premixed London Dry Gin & Tonic, praised for its “citrus, floral character”. Other brands that walked away with a Gold included: the “very drinkable and approachable” Tom Collins from Vacay; Moth Negroni, with its “bitter herbal and orange” notes; Primo Aperitivo Negroni, lauded for its “luscious mouthfeel with peppery spice”; and Vickers Pink Gin and Soda, which offered a palate of “Parma violets, raspberry and summer fruits”.

Eleven Silvers were given out in the round. However, the judges noted that the juniper spirit was not often detected when tasting the RTDs. Perez Terrado said: “The common thread is ‘where is the gin?’. Tonic and flavourings dominated, and I would’ve loved to see the gin celebrated and more to the front – slightly disappointed as a result.”

Two Master medals were found in the next flight, Tequila/Mezcal Based, with Buddel Cocktail Margarita and Tequila Cazadores RTD Paloma taking home the top awards. Of the former Kiely said: “Tequila comes through prominently on the nose, with lots of agave. Tequila is balanced by some citrus on the palate.” The latter offered “nice sourness and slight bitter notes from the grapefruit on the palate. The Tequila is really well-balanced.”

Twelve Gold medals came to light in the tasting, including four for Tequila Cazadores. The brand’s Paloma had a “nice sourness and slight bitter notes from the grapefruit”, according to Kiely. Tequila Cazadores Spicy Margarita was described as a “nice, savoury, spicy twist on the classic Margarita”.

Gold medallist Mezcal Mirror Margarita offered a “wonderful smoky nose”, with “salt and lime” on the palate. Judges enjoyed Gold-winning Vacay’s Paloma hints of “grapefruit, lime and soda”, while fellow Gold-holder Curatif Tequila Tromba Margarita was praised for its “gentle herbaceousness”, with “lime and Tequila notes coming through”. The “super-zingy and refreshing” Tommy’s Chilli Margarita scored a Gold after it was enjoyed for having a “really enticing chilli heat on the palate”. Seven Silver medallists were also discovered.

Rum-based RTDs were put to the test next, where three Masters were awarded. The first went to Curatif Piña Colada, which impressed Chambers, who said: “Fresh pineapple with a good glug of rum, a hint of coconut on the nose, and a pinch of spice. Lovely mouthfeel with tangy pineapple and the coconut rum gives good power and structure. Delicious and creamy.”

Twelve Gold winners also shone during the tasting, with Buddel Cocktail taking two home for its Mai Tai and Pusser’s Painkiller. Among the Gold medallists were: the “delicious and refreshing” Jamaica Rum Vibes ­– Ginger with Lime, Passion Fruit Mojito by The Cocktail Factory, enjoyed for its “hint of dark spices” and “passion fruit and mint”; and Beenleigh Artisan Distillers’ Spiced Rum and Ginger Beer with Native Botanicals, enjoyed for its “fresh ginger on the nose, spiced notes and chocolate on the finish”.

The round ended with six Silver medals. Chambers said: “An absolutely superb round, with the higher-ABV RTDs showing other producers the way to go. The rum added structure as well as great flavour.”

The panels progressed to a flight of RTDs made with Cognac and brandy, a segment that remains small but with plenty of potential for producers. Three Gold medals were given to Féfé’s Cognac-based Espresso Martini and Calvados-based Apple Sour, as well as NIO Cocktails’ Sidecar, with “lots of lemon on the nose”. The Espresso Martini was lauded for being an “interesting take on a traditional Espresso Martini, lighter but boozier, and very sophisticated”. The Apple Sour offered “funky ripe apple on the nose, with fermented orchard fruits mingling with crisp apple”.

Lockdown Liquor & Co’s Master-winning Old Fashioned was “lovely and fragrant on the nose, with a hint of orange peel and cherry, lovely mouthfeel with plenty of vanilla and oak, good balance of Bourbon with hints of orange and maraschino cherry, and a pinch of warming wood spice”. Kennard described the flight as a “very consistent round, showing the versatility of whisky in cocktails”.

Seven Golds were given out, including to: Rock Island Scotch Whisky & Tonic Ready-to-Drink Cans, with its “smoky whisky notes”; Chipper’s Cherry Wood Old Fashioned, praised for its “amaro spice and light whisky notes”; and NIO’s Whiskey Sour, lauded for its “creamy vanilla” nose and “gentle Bourbon spice” on the finish.

Next up came RTDs made with liqueurs and speciality spirits, with one Master going to Cocktail 43 Fresco Apple. The expression impressed Eichler with its “wonderful apple pie and baking spice on the nose and palate”, which she likened to “apple crumble and custard with toffee sauce on the palate”. Stablemate Licor 43 Carajillo took home a Gold for its “strong coffee aroma, delicious and boozy, rich and indulgent – a great pick-me-up”. Goldenbird’s The Way You Look at Me was described as “well-balanced”, with hints of “hibiscus and rose”; while fellow Gold medallist Curatif Bar Bambi Amaretto Sour had “sweet almond on the nose and hints of lemon and brown sugar”. Three Silvers concluded the flight.

Eichler said of the round: “A couple of incredible and well thought-out products – sometimes simplicity is best where you taste the base spirit.”

The Vegan flight saw Creamy Creation (B2B) secure a Master for its Coconut Winter Melon Concept, which particularly impressed Craft, who said: “Creamy coconut milk with a gorgeous light toasted nuttiness, just sweet enough. But the hero is the subtle fruitiness of the melon which is different in the very best way.” Creamy Creation (B2B) also took home a Gold for its Oats Spicy Coffee Concept, said to be “very indulgent” with “honeyed cereal aromas”.

Another emerging sector in RTDs is the low- and no-alcohol category, with four Golds dished out. The medallists included: Mocktail Beverages’ “very drinkable” Espresso Martini; the “spicy and flavourful” Forest Picante; and The Cocktail Factory’s “refreshing and light” Strawberry Daiquiri, and Mango Fizz, noted for delivering “fresh mango on the nose”.

As with every competition, the judges had the tough decision of retasting all the Master medallists to choose the product worthy of the Taste Master title.

The rum-based RTD category was particularly loved by the judges. Perez Terrado called it a “round where the base spirit is celebrated, all classic rum cocktails delivered some superb results. Customers could not be disappointed if purchasing these”.

The judges also concluded that it was interesting to see more options for whisky- and brandy-based RTDs. As the pre-mixed sector continues to expand, the judges noted producers need to think about their target audiences and RTD occasions. Craft added: “I hope the category starts to get more depth because those moments and occasions are really important as to how you enjoy it and why you would pick it.”