In our second annual Spring Blind Tasting event, the judges were bowled over by the range and quality of spirits on offer. But which took a coveted Master medal?

As the days become longer and flowers start to bloom in the Northern Hemisphere, we at The Spirits Business are looking forward to spring. It’s the perfect time to enjoy drinks in warmer weather, particularly as fresh produce is plentiful. It’s also a great time to launch seasonal spirits, and try new and refreshing tipples.

The Global Spirits Masters staged its second DB & SB Spring Blind Tasting in February, held in partnership with our sister title the drinks business. From pre‐mixed cocktails to Scotch and low‐and‐no options, the best products available on the market were assessed by an expert group of judges, who gathered at London venue Park Row for a day of tasting.

The fourth and final panel comprised: chair Bernadette Pamplin, freelance spirits writer and founder of the Under the Ginfluence blog; Evan Prousaefs, bar manager and assistant general manager of Los Mochis restaurant in Notting Hill; and Alan Uresti, head of agave spirits at Annabel’s in London.

The first category to be assessed was vodka, with Royal Mash Vintage Vodka 2020 walking away with a Gold medal for its “lemon drop sweetness” and “lovely citrus”. Next up came a flight of gins, where the first Master medal of the day was discovered. The top accolade went to Highclere Castle Gin, which was lauded by Smith for its “fruity nose with berries, a little bit of sweetness, and good texture”.

Six Golds were also dished out, including Gravit8 Gin for its “slight caraway nose” and “pleasant complexity”, and Terlingham Bacchus Dry Gin with its “spicy coriander on the nose”. Seven Silver medals completed the flight.

Moving onto rum, and a selection of white rums were sampled. A Gold was given to Takamaka Rum Blanc, which offered “light tropical aromas” and would make a great Daiquiri or Piña Colada, according to Kiely. The judges then moved onto gold rums with two Golds awarded to Keepr’s Honey Infused Spice Rum and Lost Years Navy Strength.

Dixon praised the former for its notes of “vanilla, dried orange and clove with honey undertones”. Malczewski singled out the navy strength bottling for its “bright and tropical palate, with pineapple, papaya and the spike of alcohol that you’d expect from a navy strength without being overpowering”. 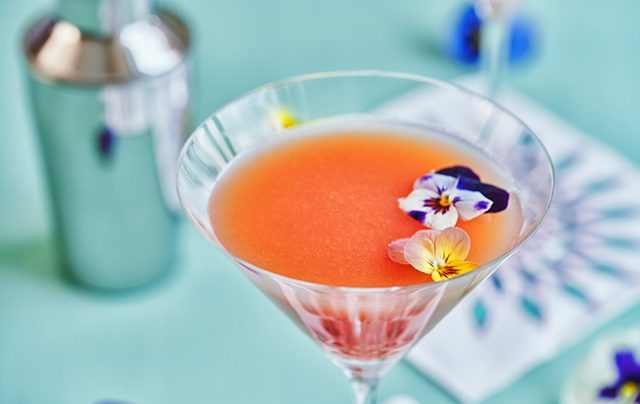 The competition then progressed to Scotch, with blends put forward first. A Silver medal was given to The Sassenach, which impressed the judges with its “toffee fudge nose, lovely dates and woody aroma”.

Speyside distillery Benromach also grabbed a Silver for its Aged 10 Years bottling. Wrelton said there were some “good Scotches” in the category but noted they were more for mixing. She highlighted the Glenrothes 15 Years Old as the standout. “It was distinguished among the others; it had a very good flavour profile,” she said.

The contest then moved from Scotland to Ireland. The Irish Whiskey – Blended flight saw a Master go to McConnell’s Irish Whiskey. Craft said the bottling was “a lovely example of the category and very drinkable”, while Malczewski called the whisky “approachable” with a nose of butterscotch and malty notes, and a “peppery bite on the finish and some lovely caramel character”. The flight ended with a Silver for Molly Malone Small Batch Whiskey.

One Irish single malt entrant, Limavady, grabbed a Gold, praised for its “rich and indulgent nose of vanilla, dried fruit and oak”. Dixon was impressed by the Irish whiskeys. He said: “These were very different styles of Irish whiskey; there’s something for everyone. All very drinkable and traditional without feeling old fashioned.”

The single barrel bottling had “beautiful honey and cream around the palate” with red fruit notes and cigar smoke on the finish, Pamplin said. The “rich and woody” Uncle Nearest 1884 Premium Small Batch Whiskey and Uncle Nearest 1856 Premium Aged Whiskey, with its “cream cinnamon on the nose”, took home Gold medals.

Next up was a flight of World Whisky, where three Master medals were discovered. The first was given to Aber Falls 2021 Single Malt Welsh Whisky. Athavia praised Aber Falls for its “luscious notes of bananas and tropical notes – lovely and soft and quite flavourful”. Mashiro Pure Malt Whisky was the second Master winner, which Davis called “custardy, slightly floral and almost dessert‐like on the nose, with zingy ginger and warm spice”.

The VS Cognac and brandy flight saw a Silver go to Martell VS, while its stablemate Martell VSOP secured a Gold medal in the next flight, Cognac and Brandy – VSOP. Martell VSOP was described as a “great entry‐level option” by Athavia, who applauded its “very aromatic palate with a hint of sweetness, lots of lovely notes of butterscotch, caramel, toasty and oaky notes without too much tannin or rancio notes”.

The Cognac and Brandy – Other round saw Martell secure an additional two Golds for its Cordon Bleu and Noblige expressions. Curu Rio Grande was awarded a Silver medal. 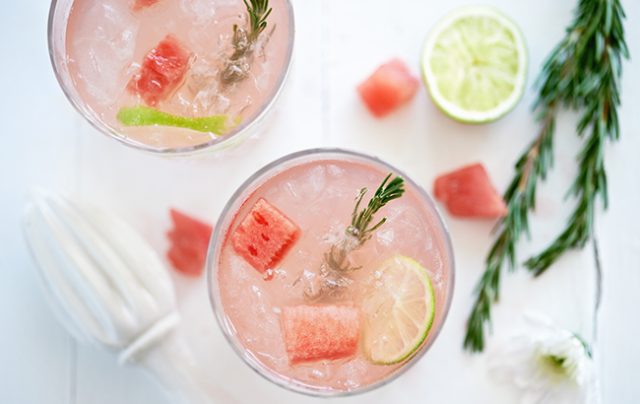 A flight of Speciality Spirits saw a Master go to Baldoria Vermouth Rosé. Wrelton enjoyed the “lovely orange and sweet spice aroma”, and recommended serving it neat over ice during the summer”. Kiely also noted its “floral aroma, lots of fruitiness and a hint of cinnamon spice on the palate”. Golds were handed to the “very sippable” Martell Blue Swift and Baldoria Vermouth Dry Umami, which had a “lovely mushroom aroma with herbal elements”. Two Silvers concluded the flight.

The following flight saw liqueurs put to the test. Four Golds were awarded to: Tobago Gold Rum Cream, Spirit of Aloha 65, Antique Pelinkovac and Villa Massa Limoncello. Pamplin said of the Tobago bottling: “There was mint chocolate on the nose. The mint is quite subtle on the palate, but some nutty vibes come through. The chocolate element is quite dark. A rich and delicious tipple.” Prousaefs enjoyed Spirit of Alohas 65’s notes of “pineapple and light ginger and lemon on the nose”.

Uresti called Antique Pelinkovac a “nice bitter liqueur with a strong herbal presence”. Pamplin said of Villa Massa Limoncello: “Quite sweet, bright and zingy. I would like a little more tartness but this is a solid limoncello.” Villa Massa’s Amaretto bottling secured a Silver medal.

The competition advanced to a tasting of cocktails and signature serves, with New London Light’s Shore Elevation serve grabbing a Gold medal. Davis praised the cocktail for being “lovely and creamy” and “sharp and citrusy” with notes of lemon sorbet. The serve combined alcohol‐free New London Light with green tea, sage syrup, lemon juice and aquafaba. Stablemate Start Point Gin grabbed a Silver for its Lady Alice serve.

Ready‐to‐drink and pre‐mixed products were the next flight to be assessed. A Master medal was bestowed upon Cucumber & Elderflower Eclipse from Pimentae Drinks, a 15% ABV blend of El Tequileño Blanco Tequila, cucumber, mint and elderflower.

Kiely lauded the expression for having “light elderflower and a touch of citrus on the nose. The elderflower is distinctive on the palate and complemented by fresh cucumber. The flavours are very well integrated, along with the Tequila that gives just enough bite from the alcohol. Approachable and delicious.”

Three Gold medals were also handed out to Kocktail Espresso Martini, The Hardscatto, and The Perfect Cosmo by SJP. The latter was praised by Prousaefs for its “distinctive aroma and flavour of orange and cranberry”, greatly resembling a Cosmopolitan cocktail. The round ended with six Silver medals. 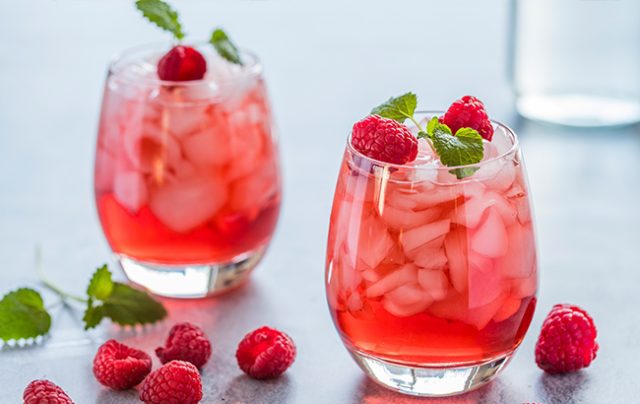 Next up was a lengthy Low & No Alcohol round, with an impressive six Master medals awarded. The first Master medallist, Lyre’s Apéritif Dry, was praised by Kiely for its “wine‐like quality” and “vermouth‐like aroma, which follows through to the palate”. Lyre’s Amalfi Spritz secured the next Master, impressing Prousaefs with its “clear and complex orange aroma” and “slight bitterness at the end”.

Clovendoe Sprout 24 also took the top accolade, described as a “lovely low‐ABV gin alternative” with notes of “black liquorice and aniseed” on the nose and “fragrant orange blossom” on the palate.

Pamplin enjoyed Master medallist Everleaf Mountain, saying: “ It had an incredible smell and flavour. Really complex and interesting with a lovely floral element that is quite balanced with its sweetness. Rich with lots of delicious jammy notes to get into.”

Stablemate Everleaf Forest was noted by Prousaefs as “very complex on the nose with vanilla and saffron. It’s very expressive on the palate as well, with sweetness and spices, then a slight bitterness at the aftertaste.” Haysmith’s Cucumber & Mint was the final Master medallist of the flight.

Pamplin said: “The mint is beautifully fresh on the nose. Freshly picked mint that has been rubbed through the fingers. On the palate it builds into an incredible spice.” A whopping 21 Gold medals were given in this flight, including alcohol‐free Sipsmith Free Glider, which impressed with its “clementine fizz candies on the nose, hints of hibiscus and unripe tropical fruit, passionfruit and mango” on the palate.

Other Gold medallists included Lyre’s Apéritif Rosso, lauded for its “flavours of wormwood, herbs, cloves and cinnamon”, Clovendoe Seed Zero, with its notes of dried rosemary and ginger, Lyre’s Italian Spritz, described as a “great long drink alternative”, and Three Spirit – Livener, with its “tropical aroma and distinctive guava on the nose”.

Dixon said of the low‐and‐no flight: “It was very strong and surprising as a category – a mix of classic twists and innovation. It’s exciting to taste such a general improvement within low/no. The products seemed to deliver more flavour, balance and complexity than experienced previously.”

The final round of the contest was Tonics & Mixers, with the final Master medal of the day going to Two Keys Pink Grapefruit. The expression was hailed for being “very refreshing” with notes of pink grapefruit and citrus, followed by a sweet finish.  Actor Blake Lively’s mixer brand Betty Buzz secured one Gold for its Tonic Water and three Silvers in this flight.

With the competition over, judges reflected on the rounds, with the low‐and‐no alcohol round leaving a lasting impression.

Uresti said: “It’s a category that is rising, these samples are well executed and are offering more options to the public in terms of flavour and profile, which is very exciting.”

Wrelton added: “It’s interesting to see how much low/no variation there is; people are trying everything at this point. It’s also nice to see vermouth making a comeback, and good to see people experimenting more, and hopefully by the summer there will be more out there.”

Cognac and Brandy – VS

Cognac and Brandy – Other