From Wild Turkey’s latest collaboration with Matthew McConaughey to a partnership between Sexton Single Malt and The Walking Dead, we’ve rounded up the most exciting spirits marketing campaigns from August.

In the world of Irish whiskey, single malt brand Sexton was named the official whiskey of long-running zombie series The Walking Dead, while the Irish Whiskey Association debuted a new distillery-passport scheme to drive tourism.

Keep reading for the rundown on 10 spirits marketing campaigns that caught our eye last month.

For more marketing moves, check out our list from July. 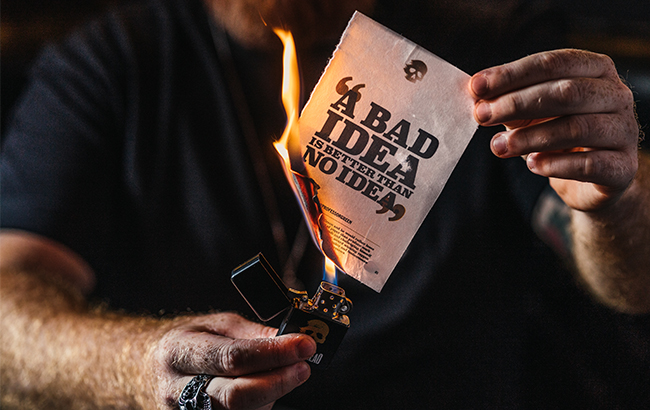 The Islay single malt Scotch brand also tapped comedian Adam Rowe to contribute to the book of advice that would have held back collaborators if they had taken it. Only 200 copies of The Smokehead Rulebook were made, designed with infused pages to be ripped up and set alight.

The ignored advice contributed by Professor Green is ‘a bad idea is better than no idea’.

Book owners are to set a page alight on a coaster with a glass turned over the slow-burning paper before adding whiskey, ice and a mixer. The pages’ destruction is a nod to Smokehead’s claim to have ‘ripped up the rule book since day one’. 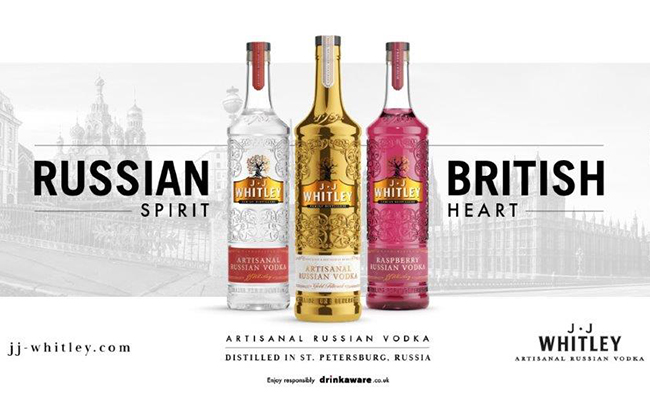 Halewood Artisanal Spirits has launched a £3.5 million (US$4.8m) campaign for JJ Whitley vodka to boost the brand’s advertising in the UK.

The above-the-line (ATL) campaign aims to drive consumer awareness of the vodka brand, and celebrate its Russian provenance and British heritage.

The marketing push focuses on JJ Whitley’s top-selling bottlings, such as the Artisanal Russian Vodka and Raspberry Vodka, as well as gold-filtered vodka. The brand debuted on television as a sponsor of Sky One’s Nights In in the programme schedule last month.

Running until December, the spirits marketing campaign will include placements at ‘high-impact’ sites in the UK, along with digital activity and print advertising.

Sexton lives with The Walking Dead 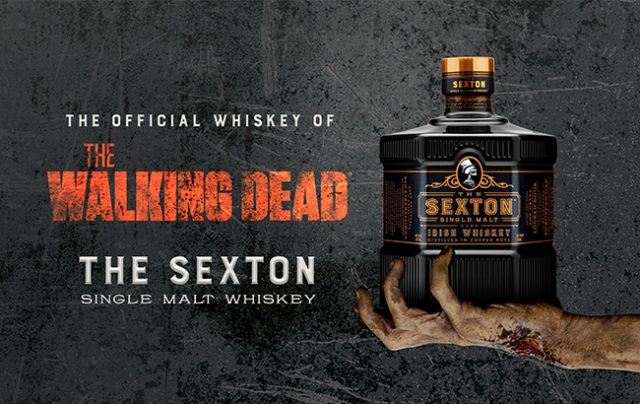 As the programme approaches its final season, AMC Networks and Irish whiskey Sexton have agreed to partner for the remaining three instalments of the series, running through late 2022.

For the cocktail experiences, the brand has teamed up with US-based Cocktail Courier to produce The Walking Dead Cocktail Kit, featuring a recipe for a cocktail combining apéritif liqueur, grapefruit, blood orange and Sexton Single Malt. 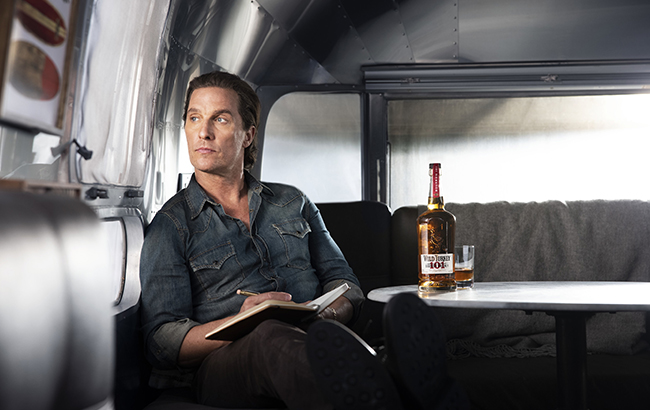 The Interstellar star first partnered with the Kentucky-based producer in 2016, accepting the role ‘chief storyteller’ for the brand. Now he is starring in the Bourbon maker’s Trust Your Spirit campaign, a series of eight short films that will air in markets worldwide.

Each ad in the series was shot using ‘state-of-the-art projection mapping’ technology, with McConaughey surrounded by scenes of the Wild Turkey distillery in Lawrenceburg.

The campaign will run on digital and social media channels in the US, Australia and other select global markets.

Fluère offers up a chilly cocktail

Zero-ABV brand Fluère has launched its signature cocktail inspired by the Arctic leg of the Andretti United Extreme E races.

Following wellness company Next Frontier Brands’ purchase of Fluère Drinks earlier this year, the non-alcoholic ‘spirits’ producer signed a sponsorship deal with the Andretti United Extreme E racing team. Made in celebration of the partnership, Fluère’s new cocktail, named Fluère Ice Flow, was inspired by the race location of Kangerlussuaq in Greenland.

Roiby Gonzalez, chief marketing officer at Next Frontier Brands, said: “We are thrilled to unveil the next edition of ‘the perfect mix’ with our trusted partners Andretti United Extreme E.”

Sky’s the limit for Gin Ting 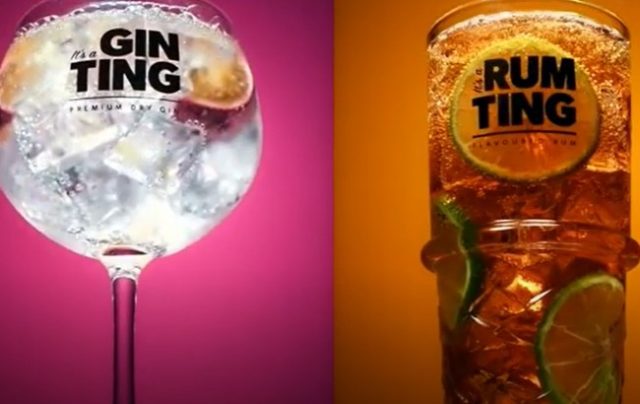 English brand Gin Ting has released its first commercial after securing £20,000 (US$27,400) of TV advertising through Sky’s SME100 scheme.

The programme is a £2 million support scheme for 100 small businesses, which gives free access to TV advertising through Ad Smart. The firms are given £20,000 of TV advertising on Sky Media’s channels, and Gin Ting, which was launched in 2018, was one of the successful applicants. 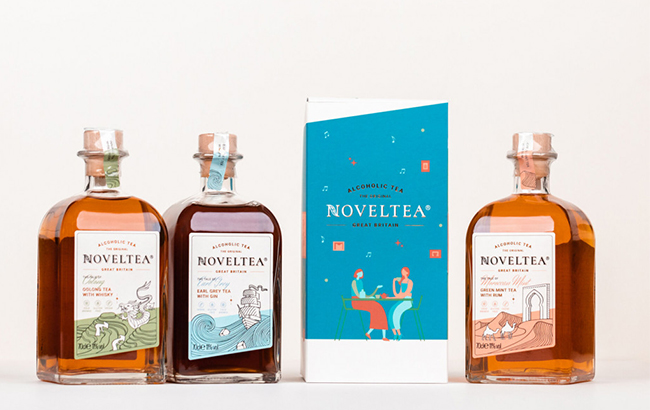 The alcoholic cold-brewed tea, launched in 2017, offsets double the amount of carbon it produces per bottle. Flavours include The Tale of Oolong and The Tale of Moroccan Mint.

“Our mission to be as sustainable as possible runs through every decision the company makes, and we’re delighted to share this exciting development.”

Noveltea has also committed to furthering its sustainability mission by reducing carbon and plastic consumption by 10% year on year. 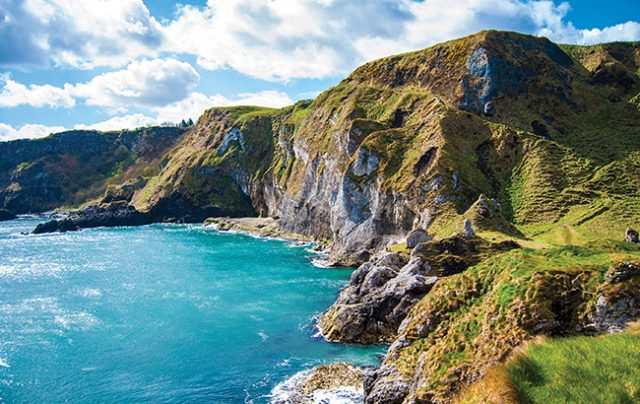 The Irish Whiskey Association has launched a tourism scheme that includes a distillery-passport initiative.

The assocation was founded in 2014, with 15 members, including Diageo, Teeling Whiskey Company and Glendalough.

In 2019, the trade body launched Irish Whiskey 360°, a website designed to boost tourism in the spirit category.

The Irish Whiskey 360° website features the 24 distilleries and brand homes with visitor experiences to be visited as part of the passport scheme. Seven videos of regions to visit and distillery maps are also available to view. 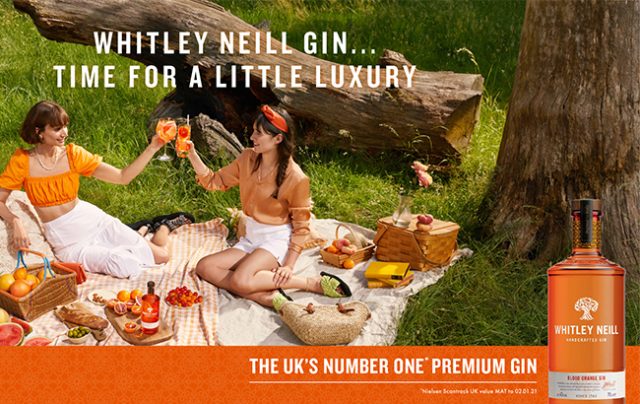 With the tagline ‘time for a little luxury’, the advertising campaign presents drinkers in a meadow with a picnic of fruit and Whitley Neill Gin. The initiative highlights three expressions in the producer’s 12-strong portfolio: Blood Orange; Raspberry; and Rhubarb & Ginger.

One poster for the campaign features the brand’s Blood Orange Gin, describing the bottling’s tasting notes as ‘fruit bursts of Sicilian blood oranges and their zesty aromas’.

The campaign went live in August across social media, digital screens and on billboards and digital sites.

Glenmorangie has restored 20,000 native European oysters to the Dornoch Firth with a team of scientists from Scotland’s Heriot-Watt University.

The ‘significant’ milestone is the result of the Dornoch Environmental Enhancement Project (DEEP), which has been working to restore a sustainable native oyster reef in the Dornoch Firth. The oysters became extinct there more than 100 years ago due to overfishing.

DEEP was launched as part of the Glenmorangie Distillery’s wider sustainability strategy in 2014, with support from partners the Heriot-Watt University and the Marine Conservation Society. The programme aims to create a sustainable reef comprising four million native oysters.