Despite health trends threatening to thwart the category, liqueurs appear to be in good shape. Our list of the top-selling brands highlights stability in the sector.

In the face of calls for low-sugar drinks, the liqueurs category has had to work overtime in order to retain its audience. Despite these challenges, seven out of the nine best-selling liqueur brands posted marginal growth over the last 12 months.

A host of innovative new products were launched over the past year, with new liqueurs from Hayman’s, Copper & Kings and De Kuyper aiming to redefine the public perception of the sector.

Following our recently published Brand Champions 2019 report – an analysis of the spirits brands selling more than one million cases annually – we run through the world’s best-selling liqueur brands on the market today.

Click through the following pages to discover the top seven best-selling liqueur brands listed in order of their nine-litre case sales. 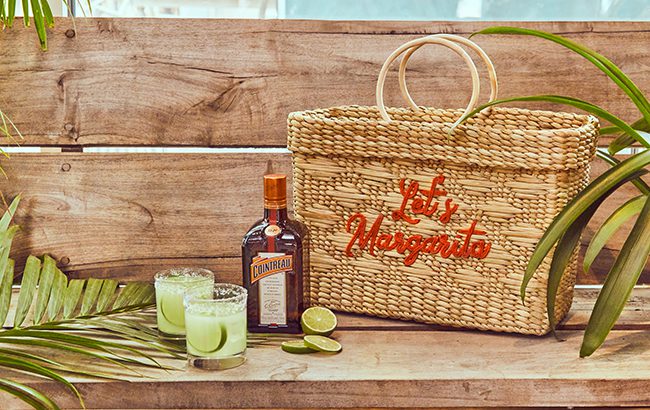 In its latest financial results, Rémy Cointreau reported the liqueur achieved “good growth”, particularly during the second half of the fiscal year. The brand’s Art of the Mix campaign was cited with aiding growth. 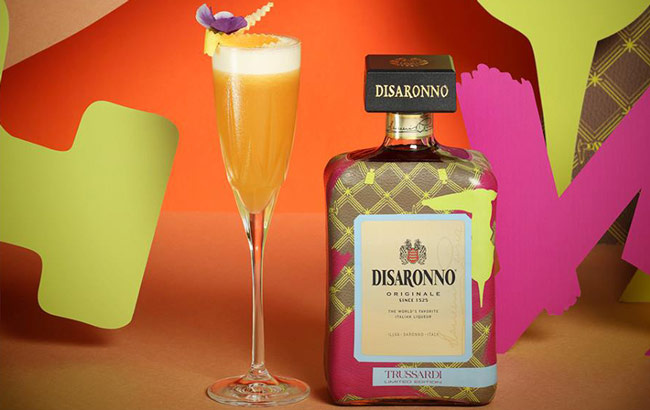 Illva Saronno-owned Disaronno posted its third consecutive year with sales of 1.2m nine-litre cases in 2018. The Italian liqueur brand has maintained sales of 1.2m since 2016, after its results dipped to 1.1m in 2015. 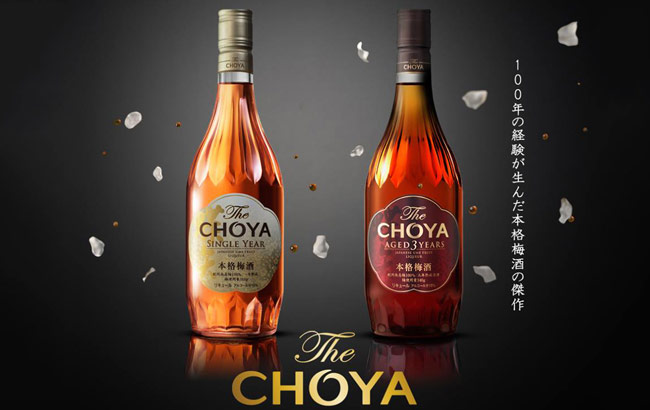 New to this year’s Brand Champions report was fruit liqueur brand Choya, which posted sales of 1.3m nine-litre cases in 2018.

Made with the fruit of the ume tree, the Japanese liqueur brand saw its sales recover last year after a dip to 1.2m in 2015. The Choya range includes an aged and un-aged bottling. 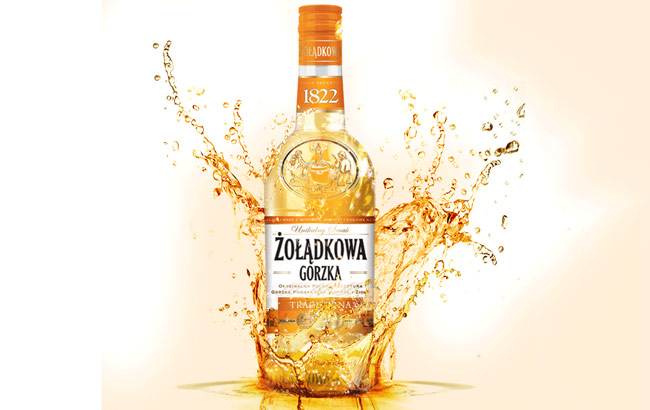 Despite declining sales for the liqueur brand, parent company Stock Spirits reported a revenue increase of 8.7% to €282.4 million (US$320.1m) for 2018, bolstered by “solid” growth in Poland. 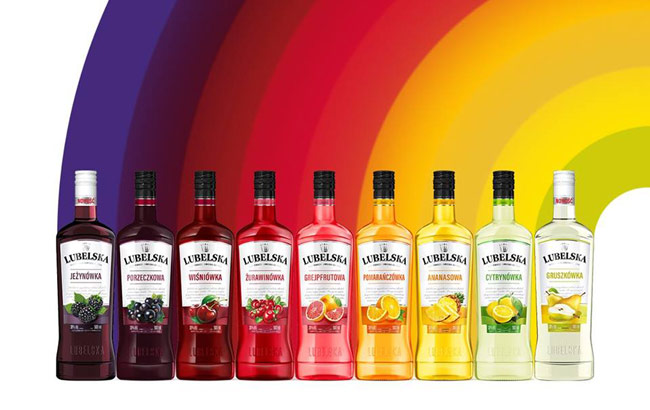 Žoładkowa Gorzka stablemate Lubelska had rather different fortunes, posting a 5.5% sales increase in 2018.

Earlier this year, brand owner Stock Spirits reported a “solid” performance for the start of 2019 and announced the acquisition of spirits firm Bartida. 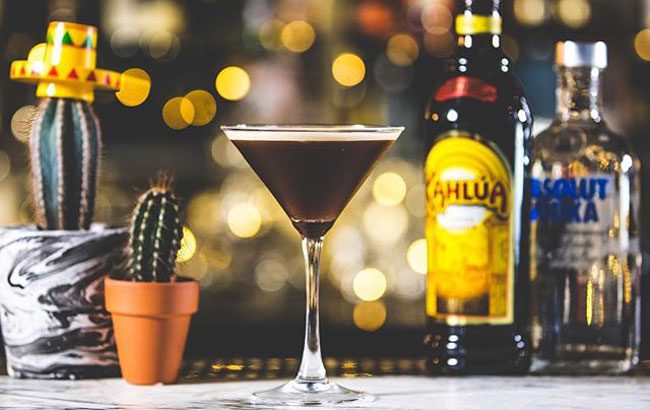 This year, the Pernod Ricard-owned coffee liqueur brand launched a new programme with an aim to source 100% of its coffee sustainably by 2022. 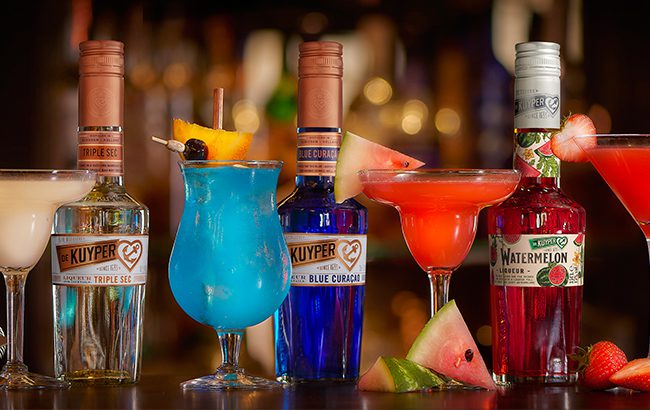 After unveiling a refreshed look for its range, Dutch liqueur brand De Kuyper transformed its declining sales of 2017 and maintained its 2m nine-litre annual case sales.

At the start of 2019, De Kuyper said its biggest innovation “is still to come” as the Dutch liqueurs maker prepared to unveil a trio of liqueurs created alongside bartenders Alex Kratena, Monica Berg and Simone Caporale, as well as updated packaging for its Peachtree liqueur brand and appointed new distributors in Germany and Austria. 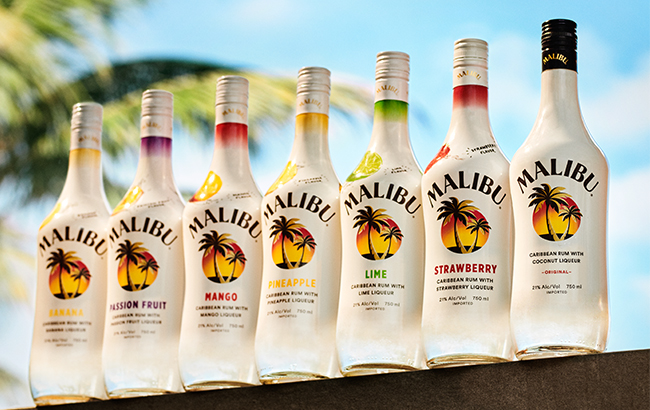 A slight dip for Pernod Ricard-owned Malibu saw its sales stagnate at 3.7m cases after three years of continued growth.

The rum-based liqueur remains the second best-selling brand in the category, sitting comfortably ahead of third place rival De Kuyper.

Malibu, which debuted its Summer Games campaign in 2018, recently announced the global roll-out of its ‘contemporary’ bottle design and unveiled plans to capitalise on the ‘millennial pink’ trend with the launch of two new ready-to-drink Malibu products: Malibu Strawberry Spritz and Malibu Fizzy Pink Lemonade. 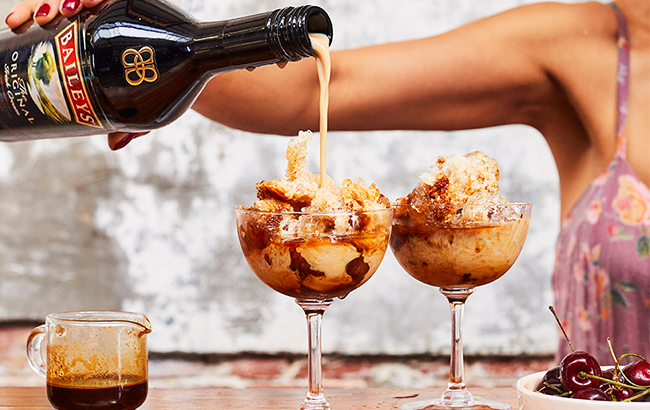 Gráinne Wafer, global brand director for Baileys, told The Spirits Business: “Baileys had a fantastic year last year, and that really comes oﬀ the back of our three­-year strategy, which is all about repositioning Baileys.”

With five consecutive years of growth for the Irish cream liqueur brand, Baileys has branched out in the last year with the re-release of its coffee creamers range and the launch of a range of baking supplies in partnership with ingredients manufacturer Clabber Girl Corporation.