As cross-category competition grows, whisk(e)y brands from Japan, Ireland and America are all vying for mindshare. These are the products that have come away from the fight victorious.

With the popularity of Irish whiskey still on the rise and the global demand for Bourbon showing no sign of depleting, nine-litre case sales in the world whisk(e)y category have been some of the fastest growing this year.

Irish whiskey is now the most rapidly advancing spirit category in the world, and our Brand Champions supplement reported strong gains in Japanese, Canadian and American whisk(e)y as well.

Figures released by Euromonitor have predicted further growth for the sector. Despite supply constraints, American whiskey is set to grow by 15m litres, while Japanese whisky is set to increase volume sales by 6m litres and Canadian whisky could see record gains of 3m litres.

Click through to the following pages to discover the largest world whisk(e)y brands listed in order of their nine-litre case sales. For the purposes of this report, ‘world whisk(e)y’ refers to American, Irish, Japanese and Canadian varieties. 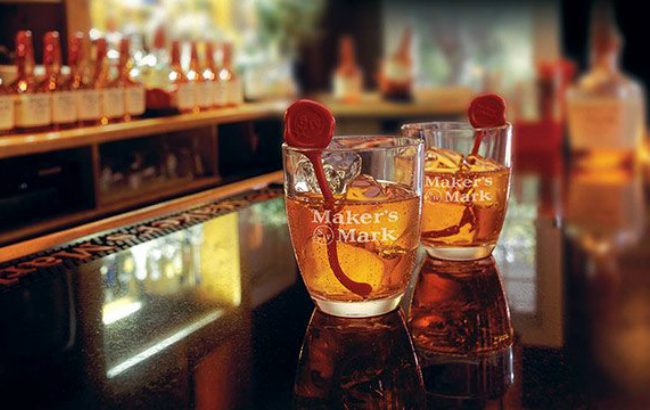 Holding steady at number 10 in our list is Beam Suntory-owned Maker’s Mark. The Bourbon brand has shown solid growth over the last five years, with sales increasing by 35% since 2013. 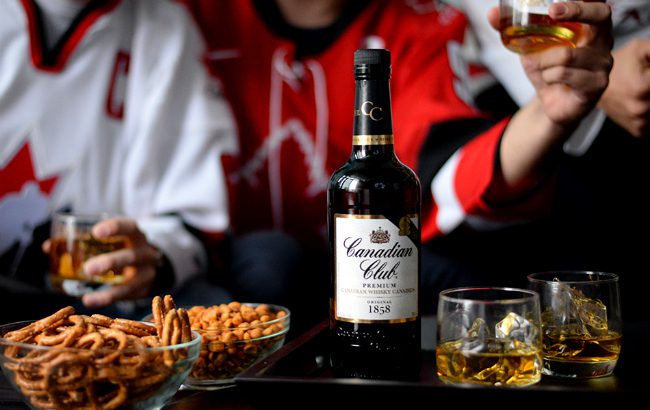 Beam Suntory-owned Canadian whisky brand Canadian Club has loitered around the 2m case mark for some time and last year witnessed a marginal decline of 1.2%

While the threat over the brand’s heritage centre demonstrated that Canadian Club has a loyal fan base and a wider roll-out of its 100% rye expression may have helped demonstrate its ambitions, this wasn’t enough to prevent a decline in sales figures, the brand’s first dip in several years. 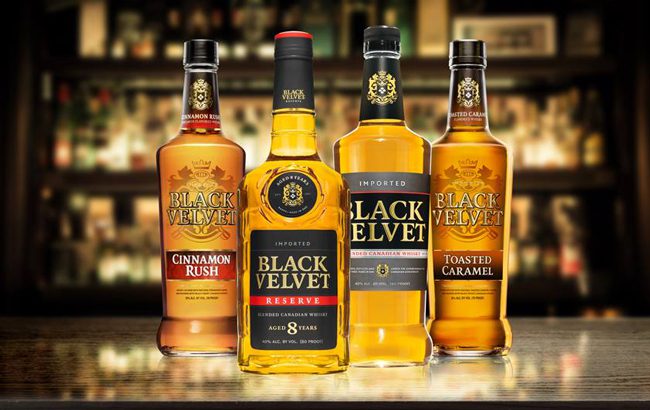 Another high-selling Canadian whisky brand is Constellation Brands-owned Black Velvet. Despite a dip in sales in 2015, the brand posted growth of 0.5% in 2017 giving it total sales of 2.2m nine-litre cases.

2017 was a busy year for US-based drinks group Constellation brands, with the acquisition of minority stakes in Copper & Kings American Brandy Co and The Real McCoy Rum, and also group’s move into the cannabis market. 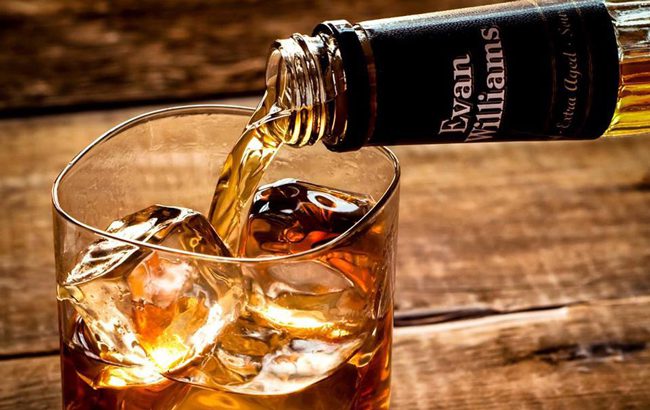 The brand is now the third best-selling American whisky in the world, and last year filled its eight millionth Bourbon barrel.

Heaven Hill also announced plans to expand its Bernheim Distillery in Louisville, Kentucky. The US$25million expansion will make it the largest single site Bourbon distillery in the US.

While the brand’s owner saw a dip in sales in 2016, its Australasia division extended its spirits portfolio with the acquisition of four brands from Australia-based ASM Liquor 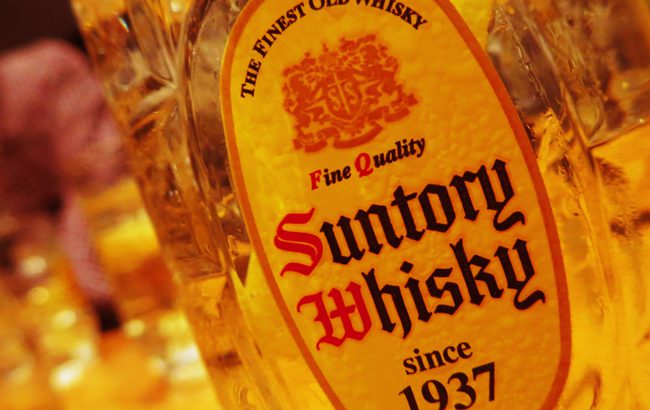 After suffering its first sales decline in 2016, Suntory Kakubin has begun to turn its fortunes around this year, posting growth of 4%.

The world’s best-selling Japanese whisky brand remains down on its 2015 figures, but this year’s increase shows its future is bright.

Earlier this year, parent group Beam Suntory confirmed it will discontinue its Hibiki 17 Year Old and Hakushu 12 Year Old Japanese whiskies “at some point” after this year due to stock shortages. 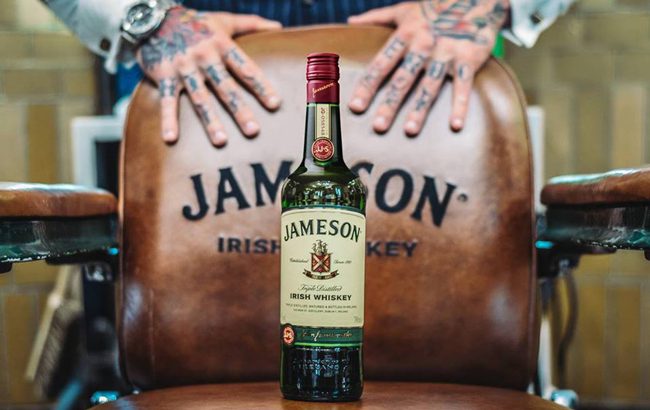 This year’s Supreme Brand Champion earned the title after retaining its Irish whiskey market domination and posting double-digit growth to reach 6.9m nine-litre case sales. In the past year, the Pernod Ricard-owned whiskey brand has demonstrated its strong innovation strategy, bold marketing and smart investment, which has helped boost its sales year-on-year.

“We’ve established a very consistent approach to how we bring Jameson to market on a regular basis,” says Simon Fay, international marketing director, Irish Distillers. “People are increasingly discovering the taste of Jameson and realising it’s got complexity, but it’s also a very approachable whiskey.” 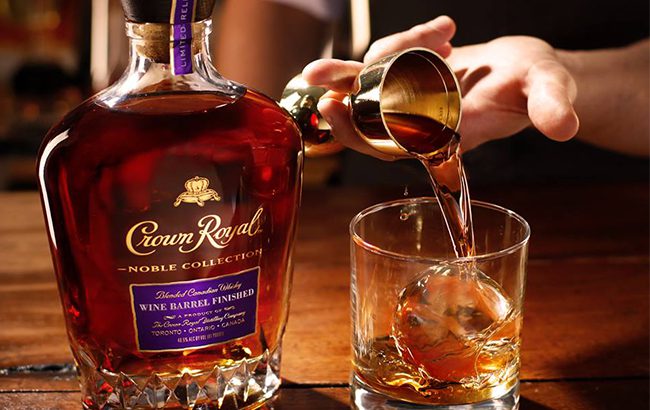 The best-selling Canadian whisky brand retains its position as the third largest world whisk(e)y brand. The Diageo-owned brand added 200,000 nine-litre cases to its sales figures in 2017, reaching an impressive 7m.

A new marketing campaign, fronted by actor and comedian JB Smoove, helped boost sales for its flavoured portfolio, while innovative new expressions have showed that there is ample room for experimentation within the category. 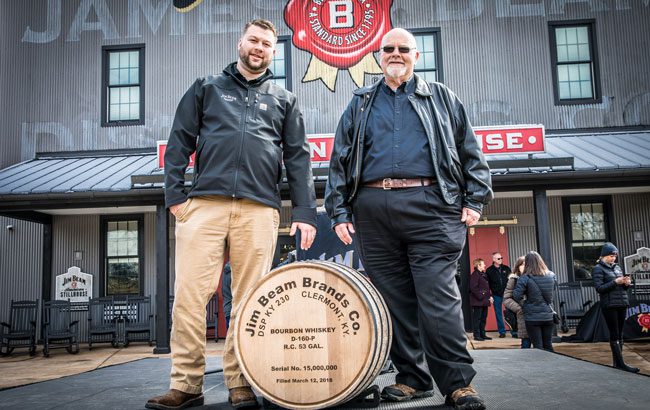 After filling its 15 millionth Bourbon barrel this year, American whiskey brand Jim Beam has held on to its position as the third best selling world whisky brand.

Last year, the brand experienced 10.6% sales growth to 8.9m cases. Sales may have been boosted by continued innovation in flavoured whiskey. 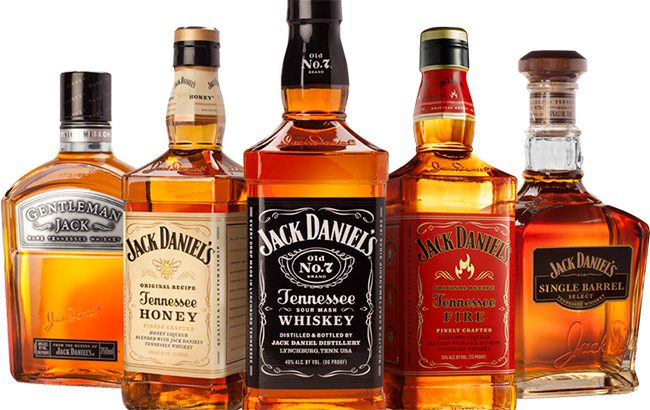 Despite growth for many other world whisk(e)y brands, Brown-Forman-owned Jack Daniel’s remains the best-selling brand in the sector.

After sales rose by 3.6% in 2017, the Jack Daniel’s family posted figures of 12.9m cases – and this doesn’t include sales of the brand’s Tennessee Honey expression, which posted solid growth of 8.9%.

In the past year, the Tennessee whiskey has unveiled a number of innovative new expressions, including a cask strength and rye bottling.