To mark International Women’s Day today (8 March), we put the spotlight on 10 pioneers who have successfully started their own drinks brands.

The world of spirits has expanded in recent years, spearheaded by women who have established high-quality brands with international success.

Spanning categories such as Tequila, whiskey, RTDs and gin, many of these female-driven brands have gone on to secure investment from major players such as Pernod Ricard and Constellation Brands.

As today is International Women’s Day, The Spirits Business is shining a light on 10 female-founded drinks brands that we expect to continue to make strides in the spirits sector in the years to come.

Author and entrepreneur Fawn Weaver intended to pen a book about the life of Nathan ‘Nearest’ Green, the enslaved Black man who taught Jack Daniel how to distil.

She ended up founding an American whiskey brand named in honour of Green in 2017, with a distillery opening in Tennessee two years later.

According to the brand in 2021, Uncle Nearest Premium Whiskey became the biggest-selling African-American-owned spirit brand in history. It is available in all 50 US states, and in 21,000 locations.

The company recently purchased 53 acres for US$2.1 million to expand its Tennessee distillery.

Dutch twin sisters Joyce and Raissa de Haas launched their Double Dutch mixer range after moving from Belgium to London to study for their second Masters degrees. Following a cash investment from University College London for most promising startup for their mixer brand, the duo embarked on an exploration of flavour and recipes to create their first products for pairing with spirits.

Today, the range is available in 12 200ml variants, including mixers Cucumber & Watermelon and Pomegranate & Basil, plus the recently unveiled cocktail soda range, which includes Cucumber Margarita with Chilli and Bloody Mary flavours.

Double Dutch is now sold in more than 40 countries worldwide, with the company recently entering the US. Brewing giant Heineken also purchased a minority stake in the company in 2020. 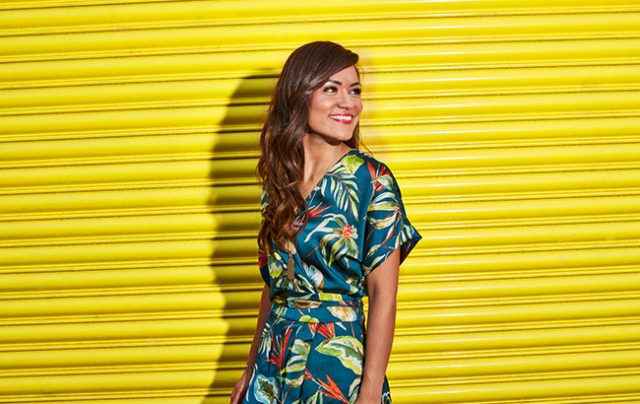 Born in Kent to a Colombian mother, Ellie Webb would visit her mother’s native country for long summer holidays. She moved into non-alcoholic ‘spirits’ in 2018 after discovering a lack of choice in the category while taking part in Dry January.

Webb launched Colombian-inspired Caleño’s debut product, Light & Zesty, in 2019 and the alcohol-free range has since expanded to include a Dark & Spicy variant and a canned product mixed with tonic water. The brand is available in Sainsbury’s stores across the UK, and experienced 300% year-over-year growth in January 2021.

The word ‘Caleño’ means ‘of Cali’, the Colombian city where Webb’s mother is from, a place known for its salsa dancing, cuisine and culture. Colombian towns like Cartagena and Guatape provided inspiration for Caleño’s bottle designs. 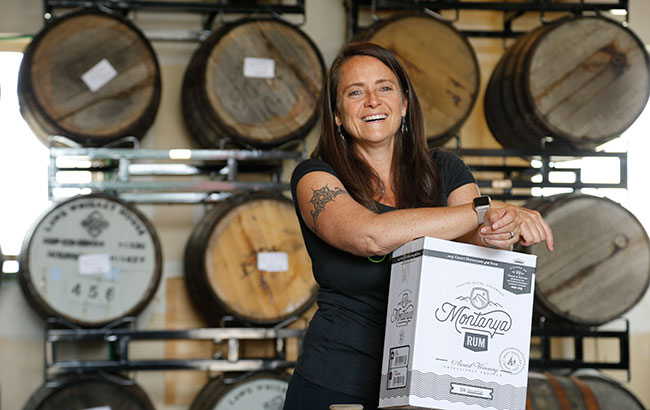 Karen Hoskin’s love of rum began at an early age when she sipped the spirit on a beach in Goa, India, at the age of 21. Two decades later and after running her own design firm, Hoskin decided to start Montanya Distillers with her husband in 2008 in a town in the Rocky Mountains of Colorado.

Hoskin maintains an active role in the day-to-day production, distillation and bottling, as well as overseeing sales, marketing, brand and product development.

Constellation Brands also recognised the potential of Montanya Distillers, with the company taking a minority investment in the American rum maker in 2019. 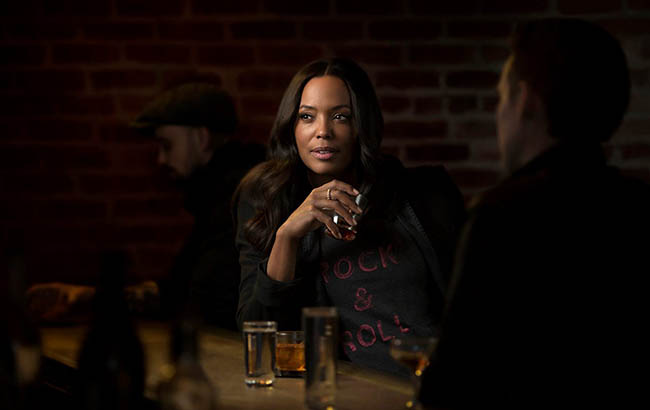 Known for her recurring role in Friends and as the star of Archer, actor and presenter Aisha Tyler gained an interest in the drinks sector after working as a bartender during her university days as well as experimenting as a home brewer during her 20s.

She founded bottled cocktail brand Courage + Stone in 2020 due to the lack of premium ready-to-drink options on the market.

The range debuted with two expressions, Classic Old Fashioned and Classic Manhattan, which are made at Brooklyn-based New York Distilling Company in the US.

Available in 40 states across the US, the brand experienced sales growth of 596% in its second quarter compared to the first. Tyler also has global ambitions for the brand and hopes to expand Courage + Stone into Canada and Australia. 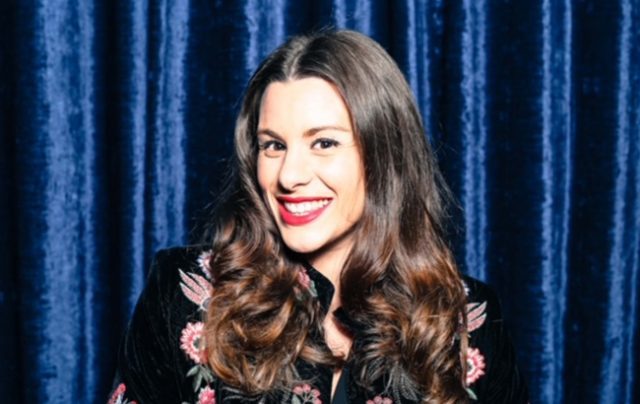 Born in London to a British mother and Colombian father and raised in the Burgundy wine region of France, Stephanie Jordan’s cultural upbringing helped spark her passion for drinks and hospitality.

Jordan worked at Diageo for eight years, starting on the graduate scheme before joining the education and brand advocacy team, where she helped train bartenders and roll out the Diageo World Class competition in several countries. She then served as the global brand ambassador for Tanqueray Gin before taking on the role of global sales and advocacy manager for Colombia rum brand La Hechicera. 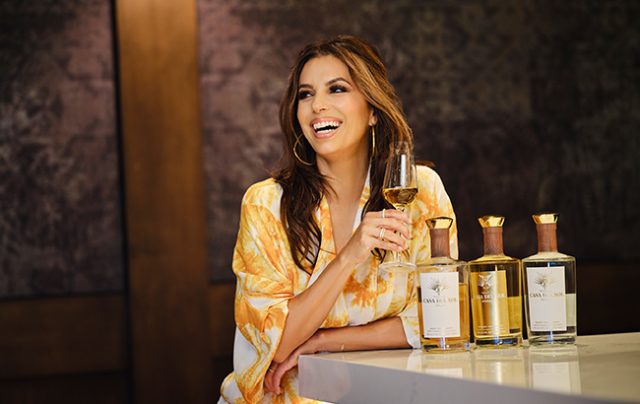 Mexican-American actor Eva Longoria became the latest celebrity to move into agave spirits with the launch of the Casa Del Sol Tequila brand in September 2021.

Casa Del Sol is said to combine Mexican tradition with French heritage, and is available in three variants: blanco, reposado and añejo.

The Desperate Housewives star said her aim is to raise the voices of women and celebrate her Mexican heritage.

The brand is planning to develop programmes to help women in the Altos de Jalisco region gain access to services and resources to boost their personal and professional development.

In January 2021, Casa Del Sol hired former Diageo executives Clarissa Clark and Brian Condon to lead its expansion across the US. 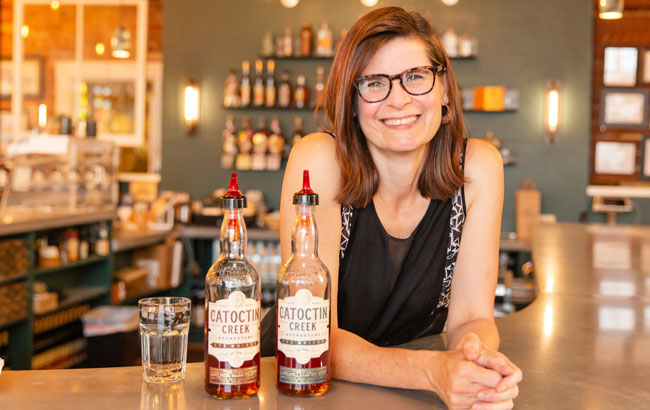 Becky Harris co-founded Catoctin Creek Distilling Company in Virginia with her husband Scott in 2009. Based in Loudoun County in the north of Virginia, Catoctin Creek produces whiskey, gin and brandy.

With a degree in chemical engineering, Harris also serves as the chief distiller for the company and has previously worked at companies such as Amoco, YDK America, and CIBA, specialising in industrial processes and production systems.

In May 2020, Harris was appointed president of the board of directors for the American Craft Spirits Association. 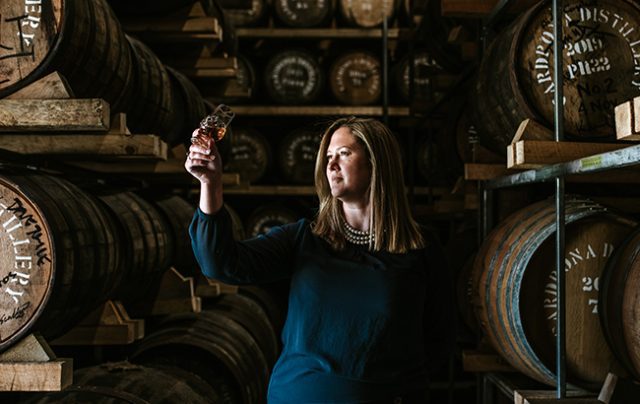 After working in the dairy industry in New Zealand, Reid-Whitaker decided to follow her dream of making a New Zealand single malt in 2011 and started two years of research in Scotland and the US before establishing the distillery.

After befriending the late Dave Pickerell, master distiller of Whistlepig rye whiskey, Reid-Whitaker was taught about distilling by Pickerell and other industry experts.

She opened the Cardrona Distillery in 2015 in the remote Cardrona Valley with the aim of putting New Zealand whisky on the global stage. 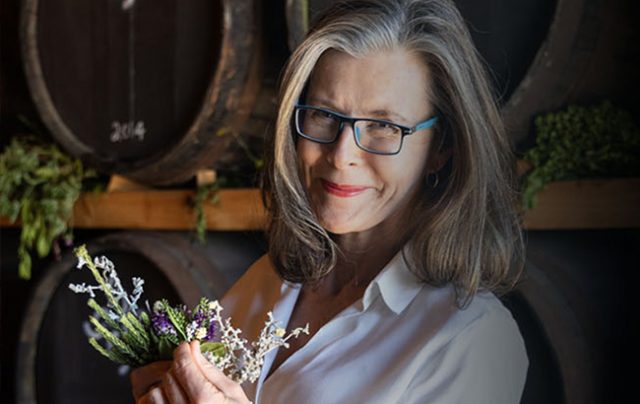 South African gin brand Inverroche was founded in 2011 by Lorna Scott, who began her career as the deputy mayor of the Hessequa municipality in the Western Cape of South Africa, a small town where she grew up.

During her time there, she became involved in sustainable development, which inspired her to turn the region into a tourist destination.

She started experimenting with indigenous plant fynbos, infusing it into gin. Fynbos grows in the Western Cape and has been used by indigenous people for medicinal and culinary purposes.

The majority of Inverroche’s team is made up of local people with 70% of the employees being indigenous women.

Inverroche has grown from a small local brand to the “largest South African artisanal gin brand” in eight years. Inverroche’s products are available in 18 countries on four continents.

In July 2019, Pernod Ricard acquired a majority stake in Inverroche for an undisclosed sum.