As we reach the end of our world’s most innovative new spirits list, we highlight a rum range aimed at bartenders, a 51-year-old Scotch whisky and a Cognac designed specifically to be paired with coffee. But which product snatched the top spot?

After much deliberation and debate, we whittled our shortlist down to celebrate 10 spirits that we believe to be the most experimental, creative and downright interesting of 2018.

A number of brands stole the spotlight with interesting production methods, unusual ingredients and stand-out packaging designs, while many entered new categories with boundary-breaking expressions.

Click through the following pages to see the fifth part of our top 50 innovative spirits launches of 2018, counting down from 10 to 1. 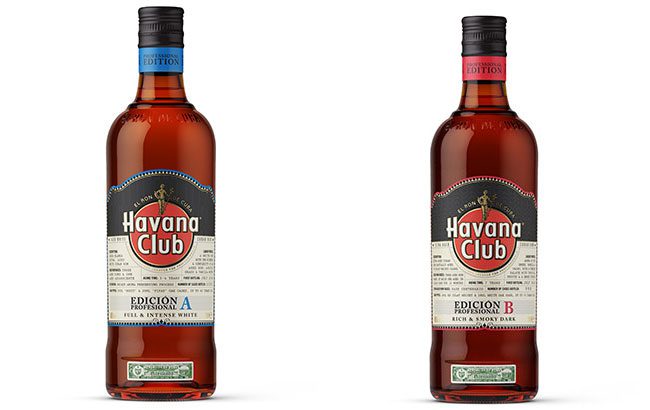 The experimental small batch series has been created in collaboration with leading bartenders and is exclusively available to the on­-trade.

The first bottling in the small batch series – Havana Club Professional Edition A – is filtered using an “innovative approach that retains the character whilst lightening the colour and palate”.

Meanwhile, the second bottling – Havana Club Professional Edition B – is a blend that includes one component finished in smoky Islay whisky casks, along with three other Havana Club 7 Year Old rum bases. 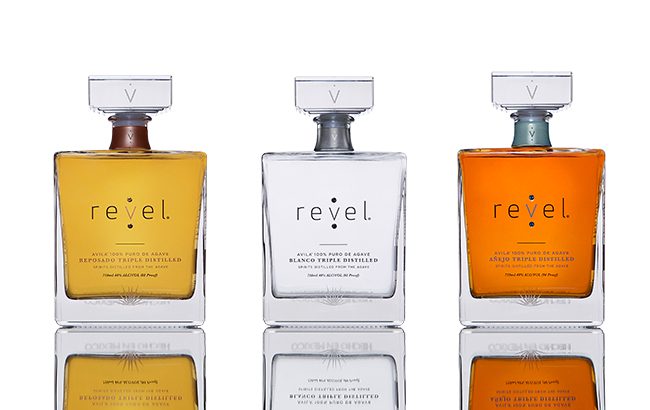 Since Tequila can, by law, only be created in Jalisco and the municipalities of Tamaulipas, Nayarit, Michoacán, and Guanajuato, Revel Avila is described as an ‘agave spirit’.

The brand has pioneered the 100% blue Weber agave ‘avila’ spirit variety, which can only be produced using agave grown and distilled in Morelos, a small state in Mexico’s south central region.

Revel Avila is available in three expressions – blanco, reposado and añejo. It is created using a blend of roasted and steamed piñas, which the brand says “provides a truly one­-of-­a-­kind profile”. 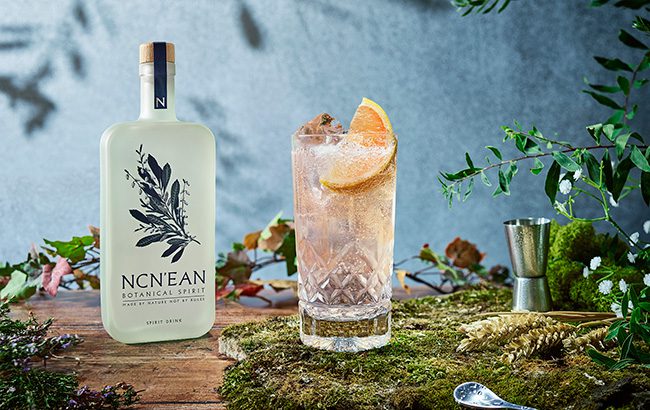 Described as “not whisky, not gin”, Ncn’ean Botanical Spirit is made from the Highland distillery’s new­-make malt spirit, which is redistilled with botanicals.

Ncn’ean, said to be Scotland’s first 100% organic distillery, launched the expression as it waits for its whisky to come of age.

The new make is distilled twice at Ncn’ean, before it is distilled for a third time at west­-coast gin distillery Beinn an Tuirc using a range of botanicals including fresh grapefruit, bog myrtle, heather, coriander and juniper.

Under EU law, gin must be distilled from neutral grain spirit, meaning Ncn’ean is prevented from using the term on its label.

The distillery was assisted by the late whisky consultant Dr Jim Swan in creating its new make recipe, which is said to give its Botanical Spirit “creamy, nutty barley notes”. 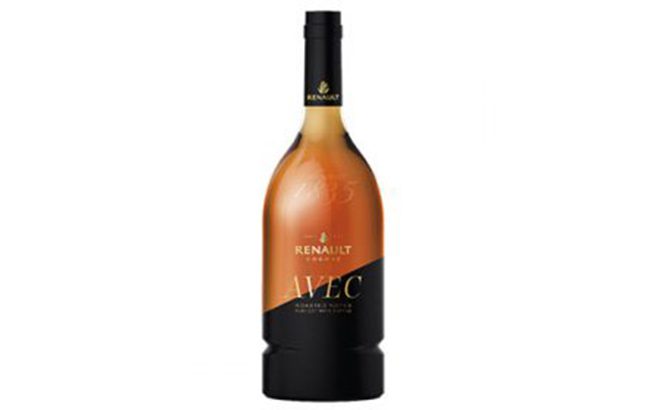 Another spirit innovation fuelled by the craft coffee craze, Renault Avec is a style of Cognac that has “never been seen in the industry before”.

Inspired by a prevalent trend in the Nordic region, the Cognac has been designed specifically to pair with coffee, offering “enhanced notes of roasted mocha and vanilla and a structure that is smooth and round”.

Cellar master David Croizet and his team achieved the taste profile by plunging barrels into tanks containing hot water before being brasero toasted.

This process is repeated three times, which Renault says is a first for the Cognac industry. Its purpose is to provide “notes of torrefaction” – that is, mild decomposition as a result of heating wood. 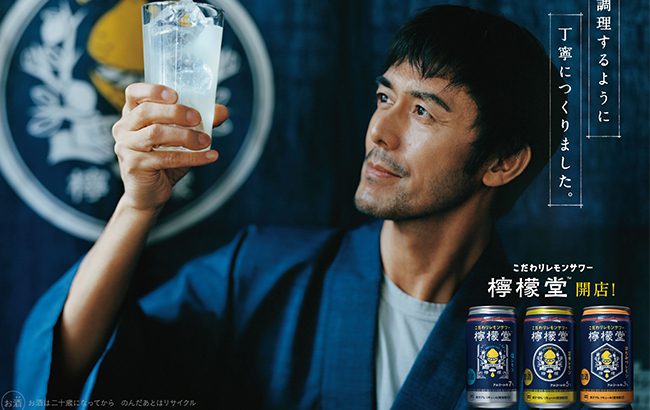 Soft drinks heavyweight Coca­Cola made its first foray into the world of alcoholic beverages last year, with the launch of a low-­abv shōchū-based ready-­to-­drink brand, called Lemon-­Do.

It was inspired by Japanese pubs and the Lemon Sour, which was the origin of popular Japanese beverage Chūhai. To create Lemon­-Do, a whole lemon is grated and soaked in alcohol before being mixed into the drink. 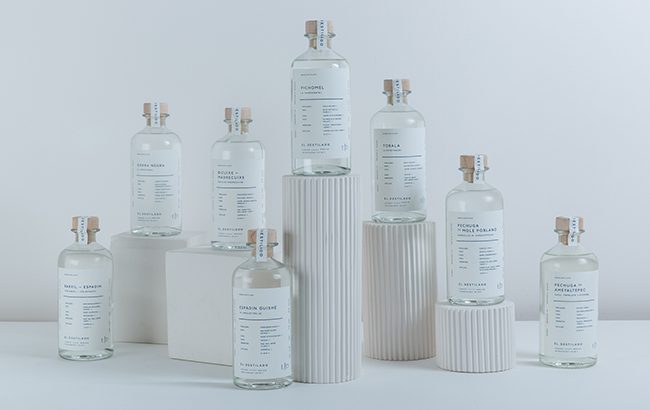 Outside of the spirits industry, little is known about the extensive selection of agave­-based spirits on offer besides Tequila and mezcal.

Looking to change consumers’ perception of agave­-based spirits and showcase the vast and varied types that Latin America has to offer are leading London bartenders Alex Wolpert, of East London Liquor Company, and Michael Sager and Marcis Dzelzainis, both of Sager + Wilde.

The trio released the first collection under their new El Destilado brand last year, featuring 11 agave distillates and two sugarcane aguardientes. El Destilado aims to “express the terroir” of the places and producers the brand’s founders have encountered during their travels across Latin America.

Each distillate in the first batch has been sourced from mezcaleros working outside the confines of Mexico’s Mezcal Regulatory Council.

There’s more to come this year, as the team was due to be venturing to Mexico and Colombia to source its “first, crazy­-ass banana and pineapple distillates” over the festive period, so keep your ears to the ground. 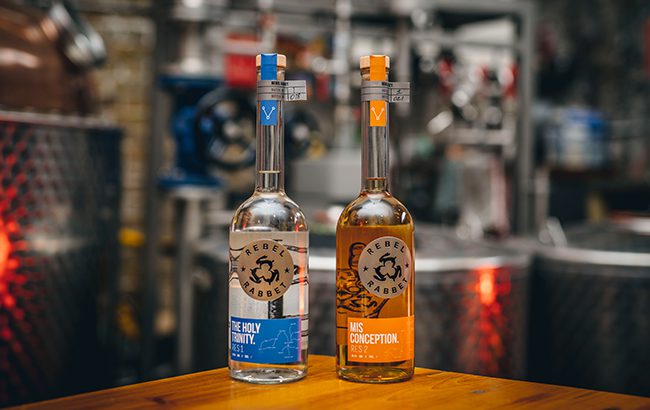 Distillers are well known for pushing spirits to their creative limits – but London Distillery Company’s Matt McGirven and Dylan Bell have stepped beyond the confinements of category definitions to create a new spirits line.

Two products have so far launched under the new range. RES1: The Holy Trinity is described as a “fusion of brewing, whisky distilling and gin rectification”.

It has been triple­-distilled before being blended with quince, vanilla, pink pepper, cassia bark, coriander and liquorice.

RES2: Misconception has been matured for three months in Bourbon barrels that previously held triple sec, and is said to taste like an Old Fashioned.

McGirven and Bell plan to release a new spirit each month in 2019, creating a 13­ strong portfolio, made up of 50 bottles in each batch. 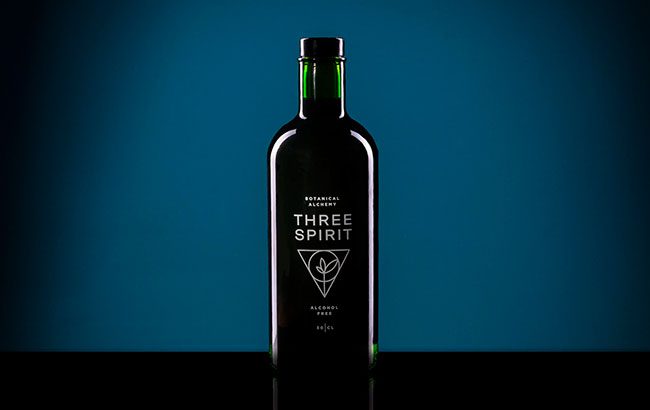 Seedlip can be credited with spearheading the non-­alcoholic ‘spirit’ category. But while many producers have created their own iterations based on the Seedlip model, new drink Three Spirit has taken its own approach to the burgeoning non-­alcoholic sector.

Three Spirit was created by a team of bar experts, including Fluid Movement founders Thomas Aske and Tristan Stephenson, to be a zero-­abv spirit alternative that “replicates the positive effects of alcohol” using plants.

The team behind the brand looked to grasp alcohol’s “positive effects” and how it “interacts with the receptors in our nervous system”.

Research revealed plants with active compounds that interact with these same receptors.

A total of 11 plant-­based ingredients were used in Three Spirit’s creation – including lion’s mane, yerba mate, cacao and damiana – and the liquid is said to have a bittersweet, earthy and spiced flavour. 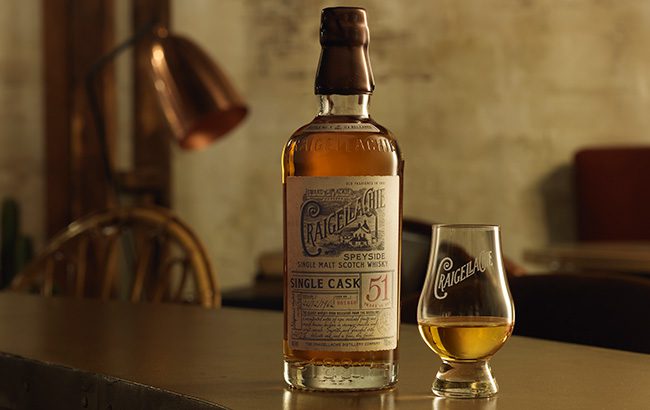 A whisky that has been laid to rest for more than half a century could expect to command a price of at least hundreds – if not thousands – of pounds.

That is unless you are talking about Craigellachie 51, of course. The Bacardi­-owned Scotch whisky brand revealed its oldest bottling to date in October last year – a 51­-year-­old single malt.

But there was no lavish packaging, no crystal decanters or, indeed, a price tag in sight. Bacardi broke all the rules with the launch of Craigellachie 51, giving away drams for free through a balloted event and creating the “world’s most uncollectable whisky”.

The unusual tactic means whisky fans will be granted access to an aged expression that would, in most circumstances, be unobtainable.

A global tasting tour kicked-­off in London last November and will travel to South Africa, Australia and the US in 2019.

While other brands have been vocal about the need to make Scotch whisky more inclusive and accessible, Craigellachie’s actions speak louder than all those words combined. 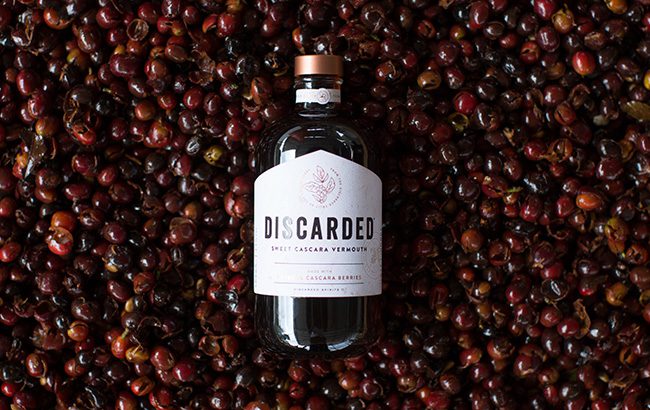 Sustainability, coffee, low­-abv and vermouth are all key trends in the spirits world right now – and tapping into each and every one of them is Discarded vermouth, a truly deserving recipient of the most innovative spirit of the year 2018 title.

Launched by William Grant & Sons in July 2018, the sweet vermouth is created from cascara, the outer fruit of the coffee berry. Cascara is usually a waste product in coffee production and each year billions of tonnes of it are either sent to landfill or recycled as fertiliser.

Discarded was spearheaded by Joe Petch, global brand ambassador for Monkey Shoulder, and the wider brand ambassador team at William Grant. To make Discarded, cascara is soaked in alcohol then blended into the base of a fortified wine, along with other botanicals. An eco­-friendly philosophy is evident, right through to the brand’s base ingredients.

“There’s so much power in reuse,” said Tom Stannard, brand manager of Discarded. “It’s often an afterthought, but for us it was the core from the infancy of the liquid. When Joe Petch was first experimenting he discovered a unique flavour that could revitalise vermouth. That was the moment of magic because an ingredient traditionally discarded as waste became distinctive in flavour.”

This reusable ethos continues through to the packaging, which the brand recommends you recycle as a bottle vase, candle holder, lamp, tumbler or pre-­mixer, to name just a few suggestions.

Plus, with an abv of 21%, Discarded is sure to appeal to those looking for drinks with lower alcohol strengths, and the growing popularity of apéritifs. “Consumers are becoming more accustomed to more bitter flavour profiles,” added Stannard. “That will continue. We’re really excited about the longer, more refreshing qualities vermouth has to offer. Our version is the D&T – Discarded and tonic. It’s got a fruity, appealing, refreshing taste, ready for long summer nights. That’s what we’re about.”

Discarded has already found favour with leading establishments in London’s on­-trade, including the Beaufort Bar at The Savoy, Duck & Waffle, and Shoreditch and London Grind.

“We want to extend availability more widely in the UK and continue to inspire bartenders to use ingredients creatively, and reuse creatively,” says Stannard. “We’ve only just scratched the surface of what that means and we can do much better, and go much deeper, to inspire and embody that ethos. The platform we’ve created lends itself to explore life beyond vermouth.”