Celebrity partnerships, tech-based moves and summer cocktails were among our round-up of June’s top marketing pushes.

Last month saw spirits brands step up to the plate with marketing moves, as Nemiroff pledged to donate £1 (US$1.26) from every Nemiroff De Luxe bottle sold in June to the Disasters Emergency Committee’s Ukrainian Humanitarian Appeal.

Plus, celebrity collaborations continued to grab the attention of drinkers: Ryan Reynolds shone in yet another video ad spoof, this time featuring TV host Nick Cannon, while Parks and Recreation star Nick Offerman released a spot to celebrate Father’s Day.

Meanwhile, US-based distillery Angel’s Envy unveiled the ‘world’s first’ meta distillery, and Discus also jumped on the digital marketing with its launch of Destination Distillery, set out to be the ‘go-to’ website for spirits tourism in the US.

Find our pick of 10 major marketing moves from June below – and for more campaigns, check out our round-up from May. 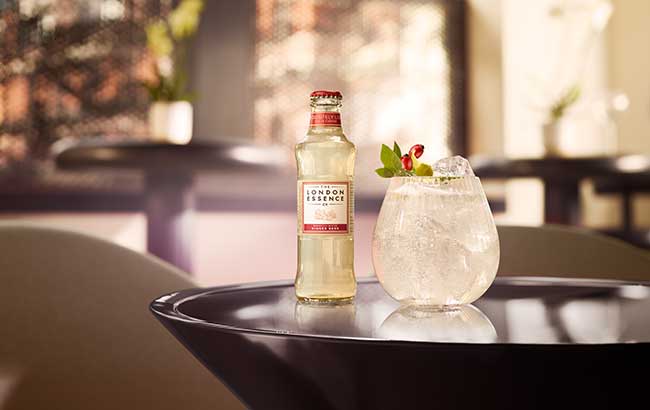 Mixer producer The London Essence Company has launched a summer campaign encouraging consumers to ‘elevate’ their drinks with its tonic waters. The marketing campaign was rolled out on TV and social media platforms in June, and will continue in July, supported by the tagline ‘exquisite mixers blended with distilled botanicals’.

Brand co-founder Ounal Bailey said: “We want to remind drinkers to seek out high-quality mixers and utilise our cocktail recipes to elevate their drinking experiences throughout the year.”

The brand reported that 82% of cocktail consumers are interested in trying serves with a contemporary twist. 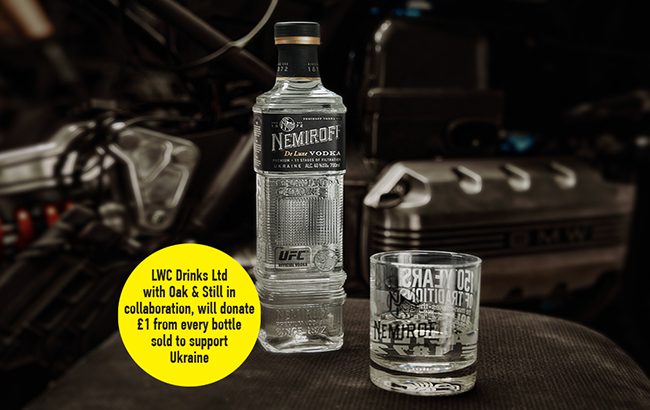 Vodka brand Nemiroff has teamed up with UK wholesalers LWC Drinks and Oak & Still to raise money for a charity supporting Ukraine.

The Ukrainian vodka brand committed to donating £1 (US$1.26) from every Nemiroff De Luxe bottle sold in June to the Disasters Emergency Committee’s Ukrainian Humanitarian Appeal.

Yuriy Sorochynskiy, the brand’s CEO, said: “Today, Ukraine is demonstrating the values that Nemiroff has championed for years. Ukrainian people have shown their indomitable spirit, courage and strength in our fight for freedom.

“This charity initiative with our partners is very important for us, and we are glad to help the Ukrainians that suffered from the war.”

Offerman takes it outside for Lagavulin 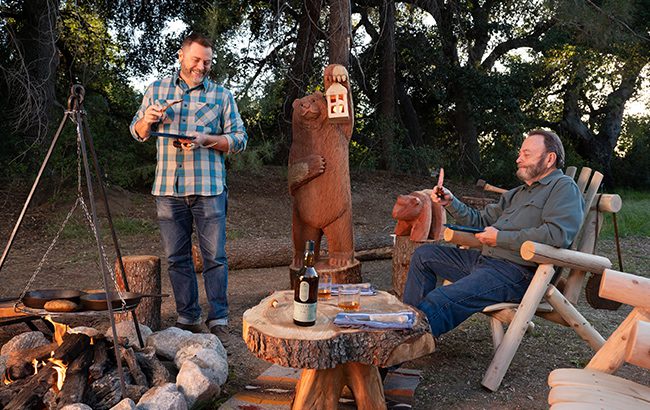 Actor Nick Offerman, who starred in Parks and Recreation, unveiled a Father’s Day spot as part of the Lagavulin: My Tales of Whisky series.

The Diageo-owned brand and Offerman first partnered in 2014, with the debut of the My Tales of Whisky series. The new clip was released to mark Father’s Day on 19 June, and sees Offerman venture into the woods alongside his dad, Ric.

The digital spot follows the pair as they take on activities such as woodworking, bird-calling and steak-eating, with the conclusion that ‘dad does it better every time’.

In the campaign, the pair bond over a bottle of Lagavulin whisky. 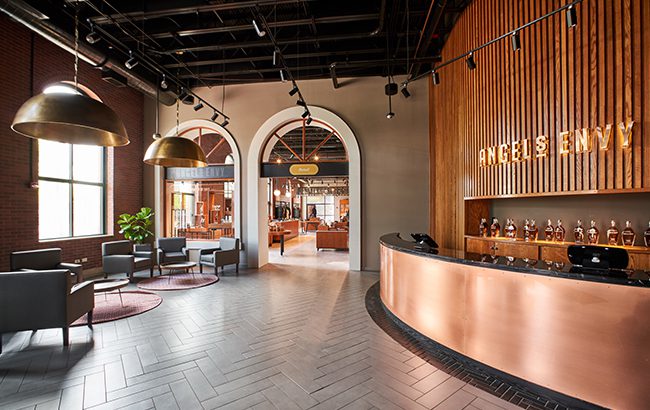 The meta distillery, which opened from 14 to 20 June, also included a Bourbon-making experience, an interactive cocktail challenge, a proof of attendance protocol token, and a non-fungible token wearable giveaway.

US consumers were able to buy physical items from the Angel’s Envy web shop and have a metaverse cocktail delivered to their homes via Cocktail Courier.

The creation of the virtual reality distillery marks the first spirit in Bacardi’s portfolio to offer a brand home in the metaverse. The opening of the meta distillery coincides with the firm completing its US$8.2 million visitor centre expansion in Kentucky, adding 13,000 square feet to Angel’s Envy brand home. The expansion includes a new events space, an additional bar, a larger retail space, a catering kitchen, and five tasting rooms.

Everleaf puts on the Spritz for summer 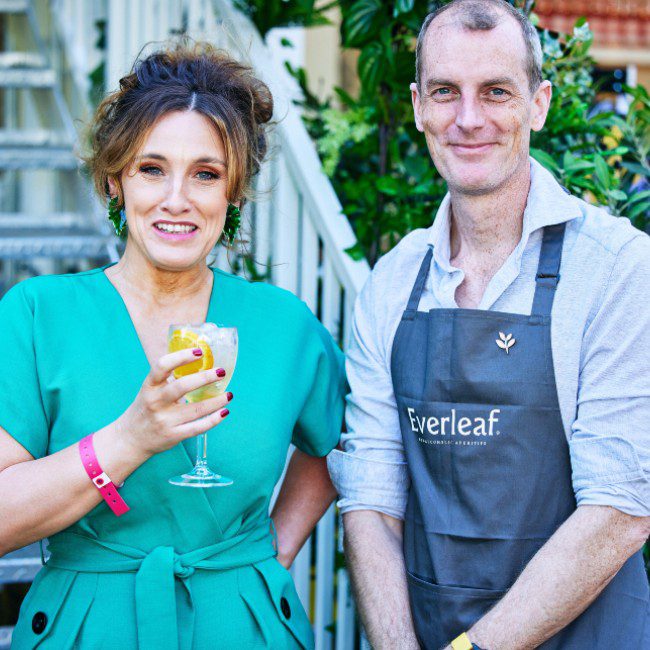 Non-alcoholic apéritif brand Everleaf has debuted its Summer of Spritz marketing campaign to elevate the brand as “the alcohol-free Spritz of choice”.

The campaign includes influencer partnerships, the launch of its first ready-to-drink (RTD) range, as well as a nationwide Spritz competition that was replicated at Imbibe Live in London on 4-5 July.

All activity is supported by a new brand identity that champions the Everleaf yellow colour.

To launch the Summer of Spritz campaign, the brand invited UK bartenders to create a low-and-no Everleaf Spritz serve that captured the feeling of entering one of the three Everleaf biomes: Forest, Mountain or Marine.

Rebecca Bird from The Pig on the Beach in Dorset created the winning drink, A Little Vitamin Sea, which earned her the title of Everleaf Spritz Master.

Aviation ad at the cutting edge 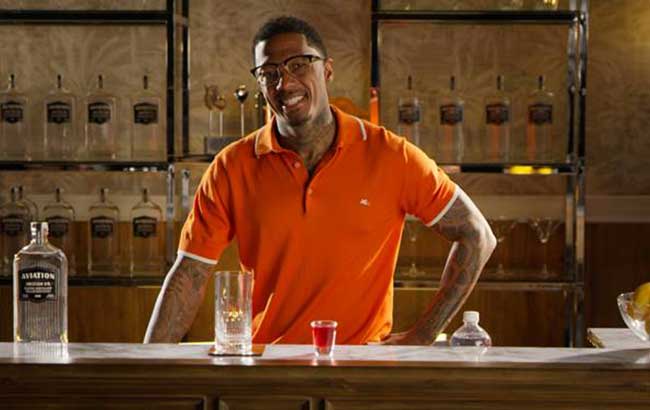 The spot shows them crafting a cocktail called The Vasectomy, with Cannon poking fun at the fact he is expecting his eighth child this year.

The Vasectomy consists of cranberry juice, tonic, lemon juice and Aviation American Gin. Reynolds steps in to take the drink, because he has “three kids”. Cannon retorts he has eight, and Reynolds splutters the cocktail onto the camera. Reynolds invested in Aviation Gin in 2018, and Diageo acquired the brand two years later.

Bacardí is music to Boi-1da’s ears 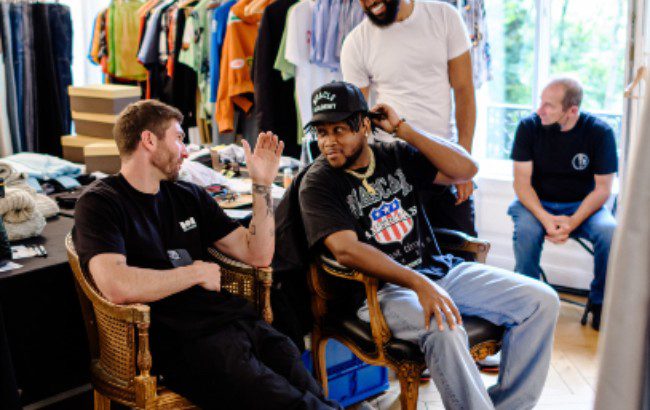 Rum brand Bacardí has teamed up with record producer Boi-1da (above left) and clothing line Nahmias for the next instalment of its Music Liberates Music campaign.

The brand launched its campaign to ‘champion under-represented voices in the music industry’. It claims that during the summer, a new song is released every second of every day, making it difficult for up-and-coming artists to break through.

The fourth iteration of the programme seeks to combat that statistic by enlisting high-end streetwear brand Nahmias and Boi-1da to drop a “new kind of music distribution model” with its clothes. The capsule collection from the streetwear brand features QR codes on each garment, which direct phone users to an artist’s album. Fans will earn points to put towards concert tickets every time they scan an item of clothing. 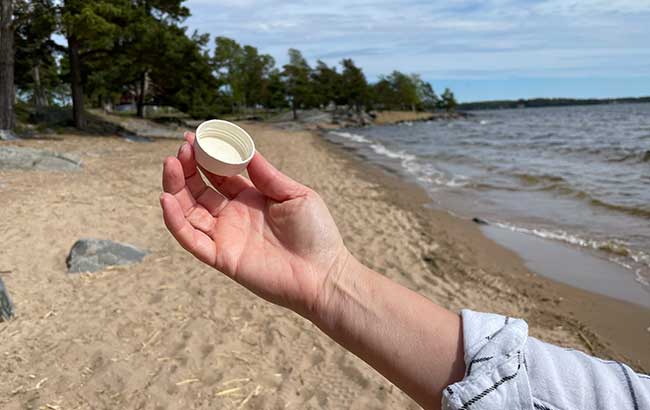 Pernod Ricard-owned Absolut has partnered with Blue Ocean Closures (BOC) to create a recyclable and biodegradable cap for its vodka bottle.

The cap, which is bio- and fibre-based, will be used on Absolut’s current glass bottles, which will be distributed in 2023.

Eric Näf, director of packaging development at The Absolut Company, said: “We are delighted to be working with BOC to continue designing our single-use materials, and using packaging innovation for the benefit of the planet. We know that collaboration across the whole value chain sits at the heart of long-term progress. ”

The cap reduces the amount of plastic by using sustainably sourced materials, with a thin top-seal barrier layer, making it as ‘recyclable as paper and ocean-biodegradable’.

Trade body the Distilled Spirits Council of the US (Discus) has launched Destination Distillery, a website to help spirits fans and tourists discover distillers in the country.

The site, which can be found at destinationdistillery.com, aims to provide a tourism-driven experience and educational journey into the cultural heritage and history of spirits in the US.

Chris Swonger, Discus president and CEO, said: “Destination Distillery is poised to become the go-to resource for spirits fans to dive in and discover the story behind their favourite beverages while finding new places and spirits along the way.”

The website features include leading distilleries, and up-and-coming producers.

The platform encourages cocktail enthusiasts to “savour the flavours of summer”, and celebrate “moments worth taking time for”. The Barbados-based rum brand will roll out a three-part digital content series to tackle myths and misconceptions about rum. A limited edition Summer Taste Essentials kit will also be available on Cocktail Courier until 15 July for RRP US$112.99, featuring ingredients to craft Black Barrel Good Old Pine cocktails.

Blais said: “The kit provides cocktail enthusiasts with a way to experience the essence of summer and pairing refreshing cocktails with savoury summer grilling staples is the perfect way to discover new flavour combinations.”