Bartenders are making their own bitters, liqueurs and other ingredients, fuelled by a desire to bring new flavours to old favourites. SB speaks to industry experts to find out why the trend has become so prevalent. 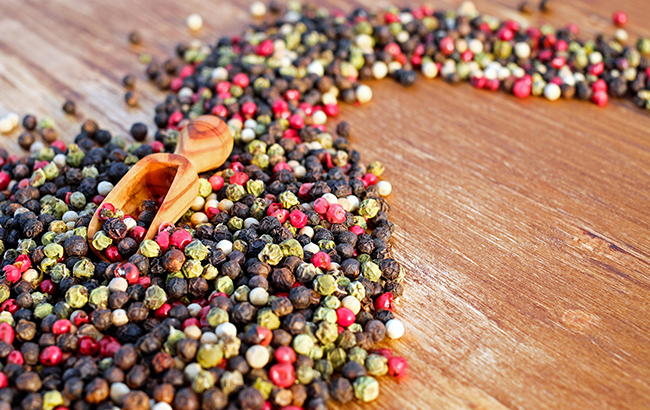 New menus call for new flavours and this drive to innovate has seen bartenders create their own products to use behind the bar. From in‐house‐produced syrups to liqueurs developed in partnership with some of the world’s biggest brands, bartenders are relishing experimentation like never before.

Instances of bartenders making their own flavour enhancers have become much more commonplace, and in the past year we have seen Marian Beke, founder of London bar The Gibson, launch a range of savoury liqueurs, and Paris’s Little Red Door unveil its Baldoria Vermouth brand. “There is a lot of talent in the industry and we have seen that talent start to work with different brands and launch their own products,” says Ira Koplowitz, proprietor of US bitters brand Bittercube. Koplowitz founded the brand in 2009 alongside fellow bartender Nicholas Kosevich.

Koplowitz says he began producing his own cocktail bitters while working at Chicago cocktail bar The Violet Hour. What started in a back room at the bar has grown into a company occupying a 9,000 sq ft production facility, where the brand manufactures nine flavoured bitters, including grapefruit and hibiscus‐flavoured Jamaican No 2 and cinnamon, kola nut and nutmeg‐flavoured Blackstrap.

Koplowitz said: “When we started the company there just wasn’t a lot of options as far as bitters were concerned, and Nick and I were both working in bars and making bitters ourselves. We saw this cocktail world starting to blossom, saw an opportunity and jumped at it.”

At its inception, the company strived to recreate lost bitters that Koplowitz wanted to use in his classic cocktails. “I was reading all the books that were starting to come out about cocktails. We were just gobbling up all of the information we could,” he says. “I kept reading about bitters that we couldn’t find that had disappeared over the years, so I got an interest from that and decided I would try and recreate some of the old formulas, and also come up with some new innovative things of my own.”

Kratena’s experiments in his London bar have seen him and his team create liqueurs, cordials, flavoured distillates, kombuchas and wines. As well as making bespoke ingredients for his bar, the past year has also seen Kratena partner with syrup producer Monin and liqueur brand De Kuyper to launch pepper‐flavoured, single‐botanical cordial Paragon, and Muyu, a liqueurs range created alongside fellow bartenders Monica Berg and Simone Caporale that was inspired by the Amazon rainforest.

“These projects go back some years. We started to work on Muyu in 2016 and we’ve been working on the cordials with Monin for well over two years, so that gives a good idea of how intricate and how complex making a product is,” explains Kratena.

As well as creating products that he would like to use behind the bar, Kratena says his vetiver‐flavoured Muyu liqueur and single‐botanical cordials are about making the “frontier of flavour” more accessible to the world’s bartenders and drinkers.

Kratena isn’t the only bartender to work with Dutch producer De Kuyper to bring uncommon ingredients behind the stick. Industry veteran Salvatore Calabrese recently launched a “modern” liqueur, said to be “one of the most aromatic liqueurs available on the market”. “Mark de Witte from De Kuyper asked if I would be interested in creating my own liqueur,” says Calabrese, of The Donovan Bar at London hotel Brown’s. “So I tried to figure out what I could create. I was looking at the market and everything was either nutty, chocolate or herby, but I wanted to do something totally new and unique.”

Calabrese’s resulting liqueur, called Acqua Bianca, uses three types of citrus – lemons, bergamot and citron – as well as the essence of ambergris, which is traditionally used to make perfume and is said to give the liqueur a “more intense taste”.

Calabrese says: “One of the reasons the perfumeries use ambergris is because it gives a longevity to the aroma. De Kuyper was surprised that I wanted to use ambergris in the liqueur but they were excited about it and thought it was a clever idea. Then I started experimenting with the master distiller at De Kuyper and we were having fun tasting. Eventually we came up with the right recipe and I was extraordinarily happy.”

While Koplowitz elected to transform his experimentations with bitters into his own company, both Kratena and Calabrese chose to partner with established producers – a decision Kratena says sped up the process and gave them access to good production facilities, distribution and other infrastructure. “We were opening a bar, which was always our focus, and so we didn’t want to be locked in a garage for 10 years hoping that one day this would be big,” he says. “We are bartenders with ideas, but there is a whole bunch of other experts who help us to create things. Our strength is in imagining and conceptualising; we are very good at structuring the product and coming up with a story. On the other hand, we are aware of the things that we don’t know and that’s what makes the partnership so great.”

Bittercube, Muyu, Acqua Bianca and other innovative creations developed by the world’s bartenders have stemmed from their desire to push boundaries with their drinks lists. Kratena is hopeful that as creative bartenders continue experimenting, more producers will look to collaborate with them to develop new products.

Koplowitz believes the experience bartenders gain in the industry makes them well placed to launch brands themselves. “Working as a bartender was helpful. I learned organisation, how to deal with people, manage my time and expectations,” says Koplowitz. “There is a level of hustle that people in the industry have and that we really love to see. My time in the industry certainly helped me in so many different ways.”