A peated whisky finished in rum casks, the “first” Bourbon rested in small batch coffee beans and a bartender-made brandy are included in the fourth instalment of our most innovative new spirits list.

As we draw ever closer to the final 10 in our count-down of the most experimental spirits to hit the market last year, we reveal a number of brands that are innovating their respective categories, including a Bourbon barrel-finished bitter and a vodka made from Japanese white rice.

Expressions targeted at the on-trade also made our list in the form of a bitters range designed to help bartenders make the “perfect Old Fashioned”, and a new brandy that aims to revive the use of the fruit-based spirit in cocktails.

Click through the following pages to see the fourth part of our top 50 innovative spirits launches of 2018, counting down from 20 to 11. 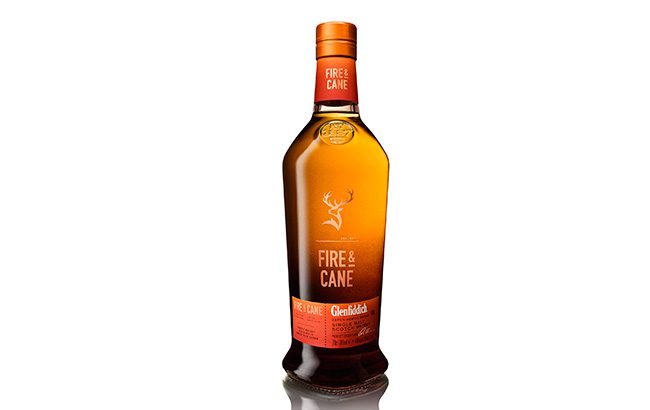 Glenfiddich shifted its focus to rum with this smoky cask-­finished single malt Scotch. The expression, part of the brand’s Experimental Series, is a peated, no-­age­-statement single malt whisky that was first matured in Bourbon casks before being finished in Latin rum casks.

Glenfiddich malt master Brian Kinsman called the expression “unconventional and unexpected” for its ability to give off different tasting notes.

Kinsman first ran peated spirit through the Glenfiddich stills in 2003, though this is the brand’s first peated whisky to have been finished in rum casks. 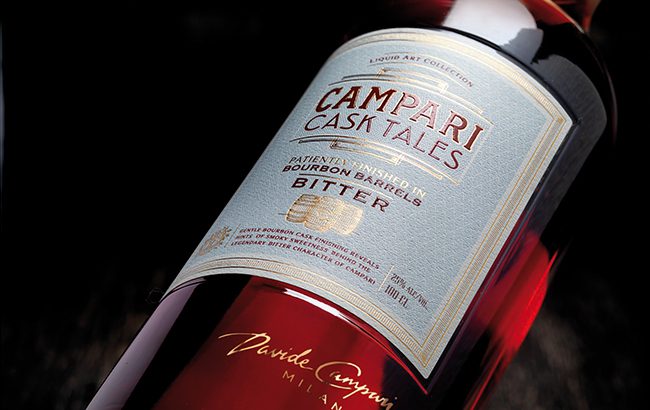 Campari Group put a new twist on its classic apéritif expression with the launch of a Bourbon barrel­-finished bitter.

Bottled at 25% abv, the expression taps into the trend for ‘craft’ barrel-aged spirits.

18: The Essence of Suntory Whisky 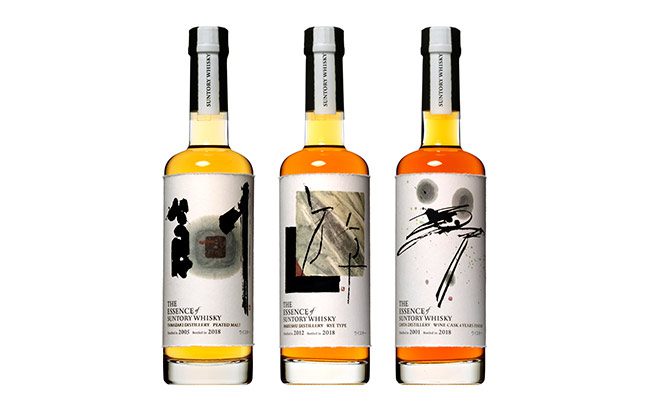 Suntory’s new experimental range is unlike any other whiskies in its portfolio. The collection, which is only available in limited quantities in Japan, consists of three new cask-strength whiskies – including a peated malt from Yamazaki. The range also includes Hakushu Rye Type and Chita Wine Cask Finish.

Yamazaki Peated Malt is bottled at 49% abv and has been aged for 12 years. It is said to have an “influence of gentle smoke”. 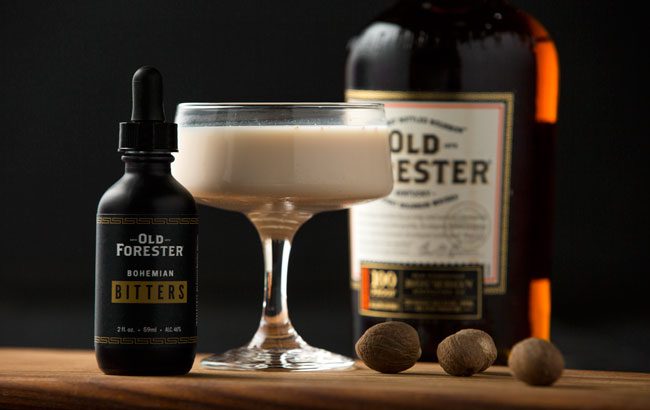 Helping to break preconceptions on how to drink whisk(e)y is Old Forester Bourbon, which released its own ingredients range, including Old Forester Bohemian, Cinnamon and Hummingbird Bitters, as well as a Perfect Old Fashioned Syrup, and a Salt and Pepper Tincture.

Old Forester believes the Cocktails Provisions collection will help consumers and the trade “craft the perfect Old Fashioned, take the hassle out of oleo-saccharum syrup and elevate cocktails to new dimensions of flavour”. 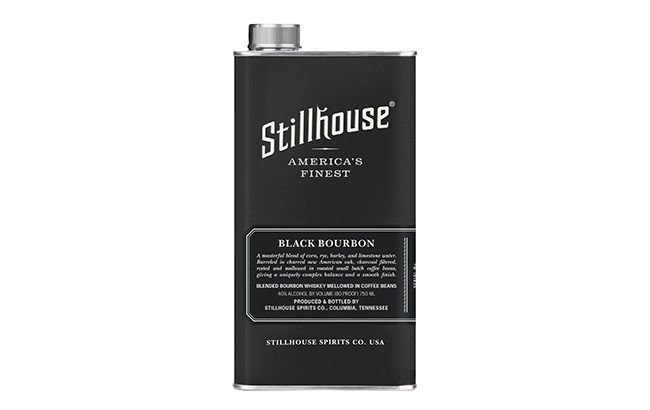 Another sign that the American whiskey industry has upped its experimental credentials was the launch of Stillhouse Black Bourbon – thought to be the first Bourbon rested in small batch coffee beans.

The Tennessee-­based brand, whose co­-creative director is American rapper and music producer G­Eazy, said its new expression has an aroma of caramel and coffee, a balanced body and smooth finish.

The whiskey has first been matured in new American oak barrels – as all Bourbon must be – before being filtered through charcoal then rested and “mellowed” in small batch coffee beans.

It is bottled in a matte black can with a heavy-­duty steel cap. At the time of the launch, G­Eazy said: “I can confidently say that our Bourbon is unlike anything else on the planet; we have reinvented the idea of what Bourbon should be.” 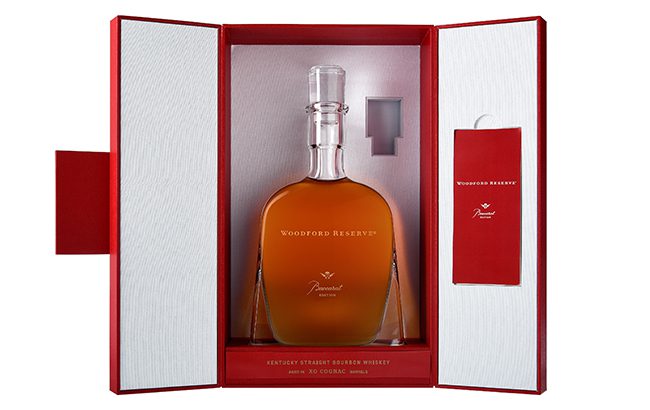 The expression, which is priced at US$1,500, is the first Bourbon to be housed in a luxury Baccarat crystal decanter, and is one of only a few Bourbons to be finished in ex­-Cognac casks.

According to Mark Bacon, global brand director for Woodford Reserve, the brand’s partnership with Baccarat “elevates the category of American whiskey in the global market”.

Speaking to The Spirits Business last year, he described the launch as the “first step in a long line of this style of finished expression”. 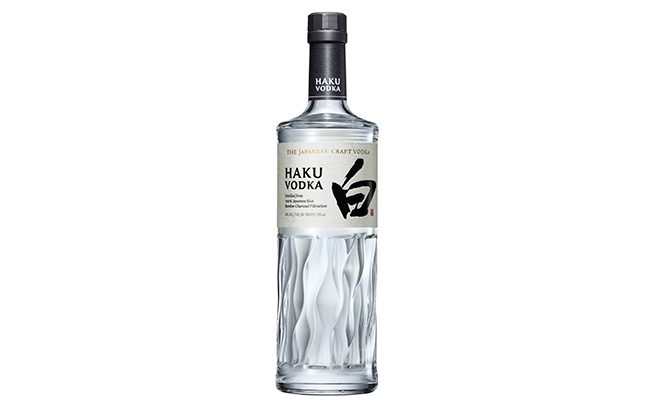 In a move that shows base ingredients are becoming increasingly important to premium-­plus vodkas, last year Beam Suntory launched a new brand made with Japanese white rice.

Haku Japanese Vodka is created using a “unique” process in which white rice is fermented with koji rice to create a mash, which is then distilled in pot stills to create a rice spirit.

This spirit is distilled for a second time in a pot still and a column still before it is blended and filtered through bamboo charcoal.

According to Beam Suntory, Haku’s production method creates “delicately sweet and subtle flavours”. The brand takes its name from the Japanese word for ‘white’ – haku.

The word ‘haku’ itself is rooted in the word ‘hakumai’, which translates as ‘Japanese white rice’. 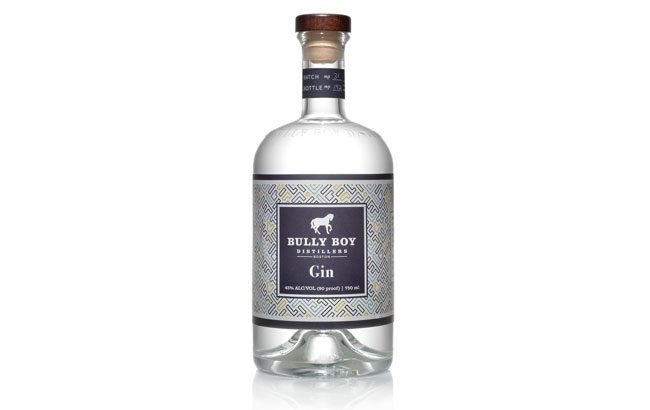 Merging the worlds of rum and gin, Bully Boy is a spirit distilled from sugarcane and flavoured with botanicals.

While most gin is created using grain, Bully Boy’s use of sugarcane gives it “mild tropical and honeysuckle undertones”.

Launched last July, the expression is created by Boston-based Bully Boy Distillers, whose “lifeblood is innovation”.

The producer opened a second production facility and tasting room last year, with an innovation area dedicated to gin. The new distillery has allowed Bully Boy to “figure out what works and what doesn’t”. 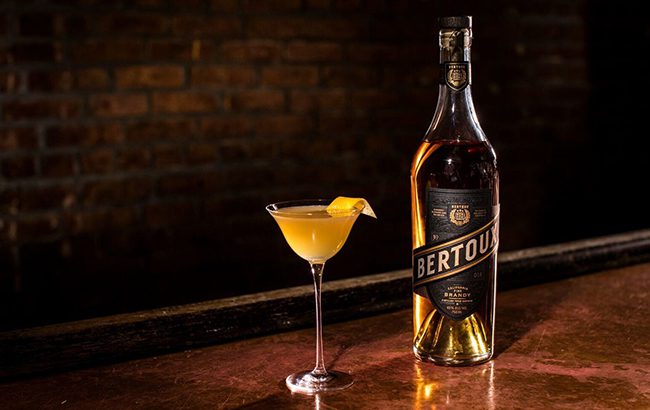 While the category has been tainted with a somewhat ‘uncool’ image, this new collaboration aims to make brandy “relevant to a whole new generation” of drinkers

. Bertoux Brandy is said to “introduce a style that has never existed in the spirits realm before”. It is a solera­-style blend of pot-distilled Californian brandies aged for three to seven years in French and American oak casks.

Bell observed: “As bartenders, we blend cocktails that are to be consumed in that moment. With a spirit, we are creating a blend that will be aged and enjoyed years down the line.”

The brand is named after the French inventor Jean Bertoux, who created the motorcycle sidecar. 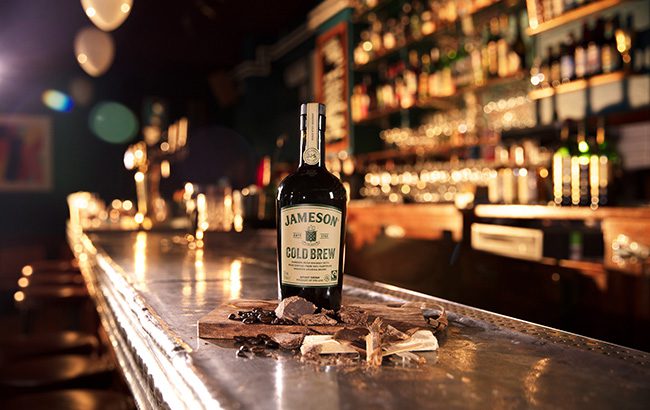 The leading player in Irish whiskey moved into a new category with the launch of Jameson Cold Brew in September.

Cold brew coffee – creating by steeping ground coffee in cold water for about 24 hours – has been growing in popularity in recent years, and is increasingly being used in cocktails.

Following a line of cold­-brew coffee liqueurs, Jameson combined its triple-­distilled Irish whiskey with cold brew coffee extract to create a new iteration in the world of caffeinated drinks.

The coffee itself is made from 100% Fairtrade Arabica beans grown in Colombia and Brazil.

While the Irish coffee is a popular serve around the world, Jameson said its new product “modernises” the “iconic duo” of coffee and Irish whiskey.