The transgression of established category boundaries is a tactic which set our pick of the 10 most innovative spirits launches in 2014 apart from the masses.

We’ve been counting down the top 50 creative new spirits which made waves in the industry last year, but this group truly stood out with their ability to defy expectation.

Innovative marketing is also paid due plaudits with Diageo’s biggest whisky launch of the year, and a “peaty” educational endeavour is also recognised.

Click through the following pages to view the final instalment of our top 50 most innovative spirits launches of 2014.

Alternatively, click on the below links for the launches coming in at 50-11. 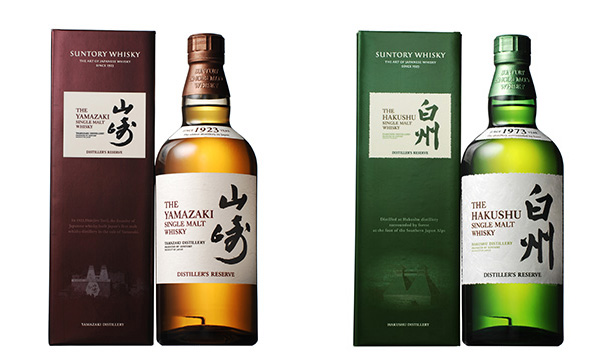 Suntory claimed to be pioneering the “next chapter of Japanese whisky” with its two no-age-statement Distiller’s Reserve expressions from the Yamazaki and Hakushu distilleries.

In a move away from traditional USPs, Suntory said the limited edition releases were part of a bid to demonstrate that “age should not be the sole parameter in measuring quality”.

Meanwhile, Hakushu Distiller’s Reserve is a blend of lightly peated malt, heavily peated malt, and whisky matured in American oak for around 18 years.

Both variants contain whisky aged between eight and 20 years, but Suntory took the bold decision to focus more on flavours resulting from different barrel types. 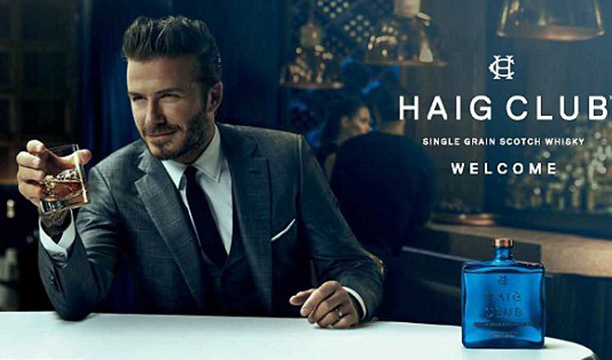 Of course, single grain is not a new category in Scotch whisky, but Diageo’s decision to throw its weight behind the category with Haig Club and hire quite possibly the world’s most famous man to introduce it to the masses, was certainly innovative.

The no-age-statment expression is comprised of grain whisky from the historic Cameronbridge distillery which has been aged in three different types of cask: first-fill, rejuvenated and refill Bourbon barrels.

While Beckham helped introduce not just grain whisky, but Scotch whisky as a whole, to a younger generation of consumers, the innovative bottle design exemplifies a drive for shelf-standout in the back bar.

The move demonstrated a bid by Diageo to not only reignite its faltering Scotch sales, but also an attempt to make single grain the third leg of Scotch whisky, behind the blends and single malts – categories in which the group already has a dominant presence. 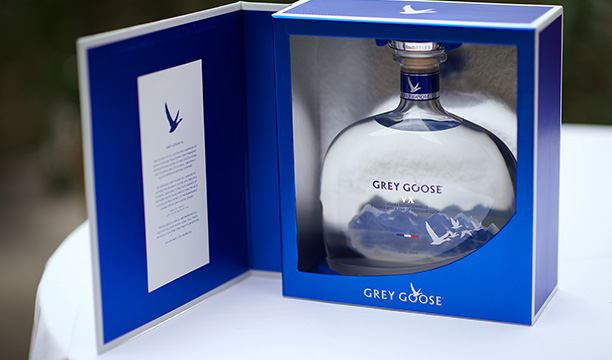 Showing a bid by an established international brand to step into the innovative hybrid spirits category, Bacardi launched Grey Goose VX – a blend of vodka and Cognac – in July.

Described as an ultra-premium vodka containing drops of fine Cognac, Grey Goose VX was also one of the first hybrid spirits launched in the luxury segment of the spirits market.

Priced at £89, the spirit contains Cognac created from grapes from the Grande Champagne cru and was described by Bacardi as “truly disruptive” to the mainstream vodka category.

Grey Goose VX is packaged in an XO-style Cognac bottle and is described as having notes of white fruit blossom, honeysuckle and violets. 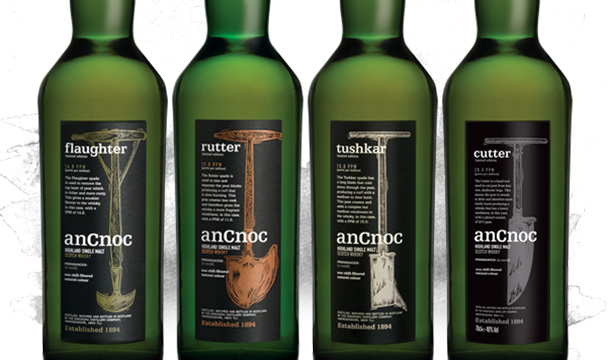 The series, launched in March last year, also aims to educate consumers about the matter, with each bottle named after traditional tools used to cut peat, which also feature on the collection’s packaging.

Marking the first time the Highland Scotch whisky brand entered the peated category, the Peaty Range is said to bring a “very modern take on the world of peated whisky”. 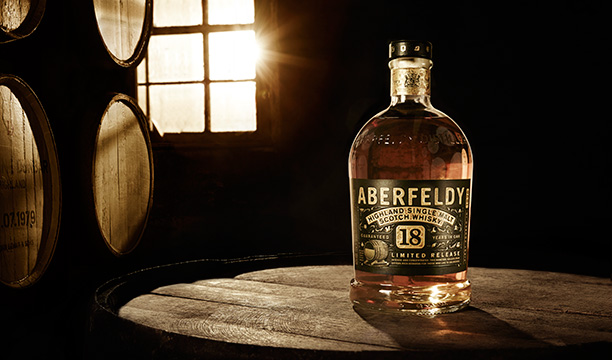 The group revealed in August last year that it would be releasing limited edition single malt whiskies from its Aberfeldy, Aultmore, Craigellachie, Macduff and Brackla distilleries – which produce liquid for Dewar’s and William Lawson.

All whiskies included in the Last Great Malts series are caramel-free and some are single cask or small batch. In marked contrast to the current Scotch whisky zeitgeist, no whiskies will be without an age statement on the bottle. 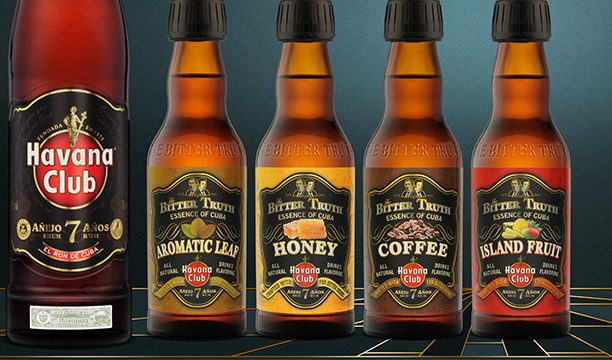 Pernod Ricard’s Havana Club followed in the footsteps of Reyka Bitters in creating a range of “cocktail flavourings” designed to “highlight the natural flavours and aromas of Havana Club Añejo 7 Años”.

The launch demonstrates a bid by the brand to increase its relevance in the on-trade sector, and also shows established brands are increasingly looking to launch product extensions which enhance their cocktail credentials.

The range has been developed in collaboration with The Bitter Truth, a cocktail supplying company set up bar bartenders Stephan Berg and Alexander Hauck in 2006. 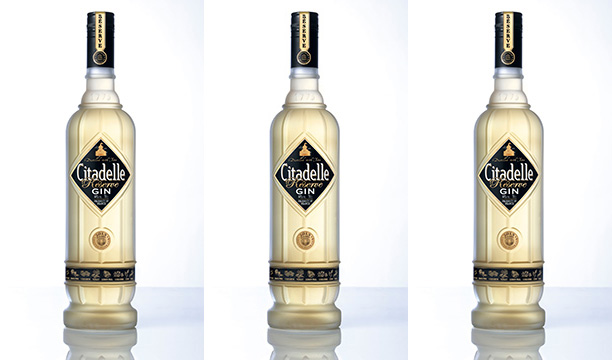 Veering into the worlds of rum, brandy and Sherry production, Citadelle Gin, owned by Cognac Ferrand, launched what it claimed was the world’s first solera-aged gin.

Citadelle Gin Reserve 2013 Solera is an aged gin created in the traditional solera process, whereby liquid is matured for varied amounts of time in different barrels.

To make the expression, original batches of Citadelle Gin are placed in three different types of casks – a Cognac cask, Pineau des Charente and American oak – for between two and five months. Once this process is complete, all liquid is put into the “mother solera” where it is married and then bottled. The “mother solera” is only ever half emptied in order to maintain flavour consistency.

Cask-aged gin is nothing new, but serial innovator Citadelle has broken new ground with this expression. 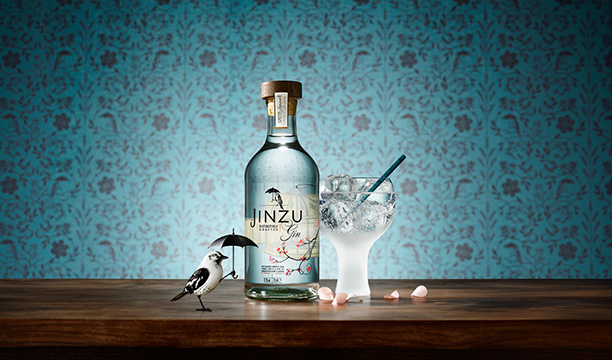 As this countdown has proven, lines are consistently blurred between drinks categories in the name of innovation, but there are not very many spirits creators, no matter how inventive, who would considering blending the flavours of gin and sake.

However, in 2013, Diageo named Jinzu – a blend of gin and sake created by British bartender Dee Davies – winner of its Show Your Spirit competition.

In October 2014, the product finally launched in the UK following intense product development, and was described as a spirit which could “sit within the sake category as well as gin category”.

Davies, based in Bristol, will receive 5% of the net sales of Jinzu from its first five years on the market, while a further 5% will go toward funding further bartender initiatives. 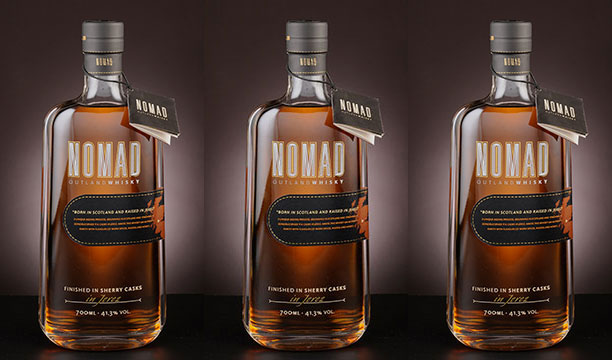 The worlds of Spain and Scotland collided last year when González Byass teamed up with The Dalmore master distiller Richard Paterson to launch Nomad.

Made in Scotland using “principally Speyside” whiskies but aged in Pedro Ximénez barrels in González Byass’ Jerez cellars in Spain, the expression is said to “challenge perceptions of whisky”.

Over 30 single malt and grain whiskies of between five and eight years were selected by Paterson to blend and age in Sherry butts in Scotland for a further three years. The resulting liquid was then shipped to Jerez to mature for a further 12 months.

The whisky is described as having a “quintessential Scottish character and a soul that is truly Jerezano”, with a flavour of glazed oranges, marzipan, and berries.

Taking its rightful place at the top spot of our innovative spirits launches in 2014 countdown is Nikka Coffey Malt, which merged grain and malt distillation methods.

The bottling is created by distilling 100% malt in a coffey still from Scotland – a column still named after its 19th century creator Aeneas Coffey – which is traditionally only used for grain whisky distillation.

The distillation process in column stills is unique as it takes place continuously without requiring two separate distillations, as with the pot stills used for single malts. Spirits distilled in coffey stills are thought to have a greater richness and complexity.