Electricity-flavoured vodka, whiskey made for old crooners and a Prohibition overload dominate our pick of the Top Ten spirit launches in October.

There’s been a mixed bag this month, although most spirits launched, or announced for launch, in October have been designed to capitalise on the most indulgent time of the year.

Sweet, cream based liqueurs are out in force at the moment as the weather turns chilly for much of the western world, especially in the US. Brands have been especially inventive this year, picking out exciting new festive flavours like Orange Truffle, Gingerbread and Pumpkin Pie (okay, the last one’s a vodka), to entice consumers to indulge a little.

Elsewhere we have also picked a rather quirky but intriguing new line of vodkas, an innovative whiskey released to commemorate the run-up to the centenary of a legendary singer-songwriter’s birth, and a new recipe for a well-known Cognac brand aching to be used in cocktails. 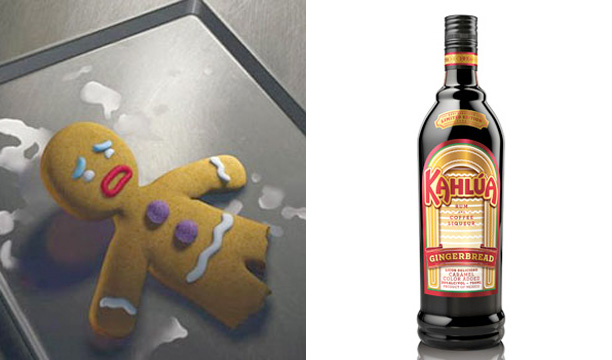 This blend of rum, 100% Arabica coffee, nutmeg, cinnamon, clove and gingerbread (note: no gingerbread men were harmed in the making of this product), has been a big hit in the US so far, disappointing consumers in other markets unable to get their hands on the festive new flavour.

The limited edition forms part of Kahlua’s holiday range, which is only available stateside, and also includes Peppermint Mocha.

For more details on the launch, which is supported by a charity campaign, click here. 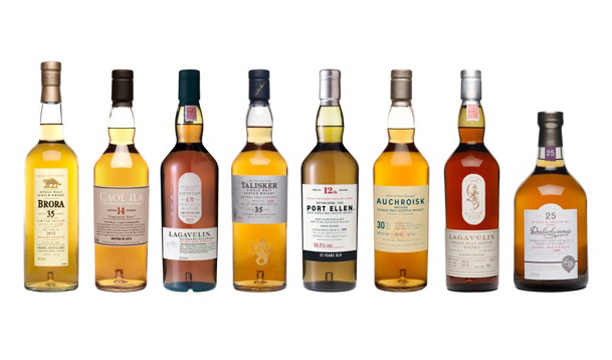 Diageo revealed the eight whiskies to form its Special Releases range for 2012 last month, which included a rather extraordinary Talisker 35 Year Old single malt – the oldest to be released by the Skye distillery.

Aged in American and European oak refill casks, Talisker 35 has a potent abv of 54.6% and will be released worldwide at an RRP of £525. Talisker lovers and whisky aficionados had better move quickly to grab a bottle though, as just 3.090 have been produced.

The other whiskies amongst Diageo’s 2012 Special Releases include a Lagavulin 21 Year Old, Auchroisk 30 Year Old and Brora 35 Year Old.

Find out more about these whiskies and the others in the range by clicking here. 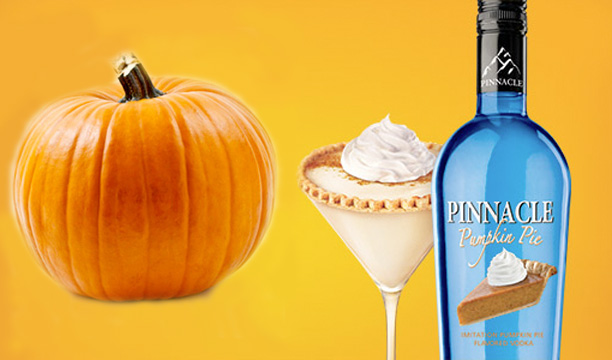 There was an overwhelming response when Pinnacle vodka announced their latest flavoured release was inspired by one of America’s best-loved desserts.

Pinnacle Pumpkin Pie is a limited edition flavour released to coincide with the US holiday season. It’s described as having a rich, sweet pumpkin taste with spiced flavours of cinnamon and nutmeg plus whipped cream – a complex flavoured vodka indeed.

The Beam-owned vodka is only available in selected US markets for an RRP of US$12.99.

Find out more about Pinnacle Pumpkin Pie by clicking here. 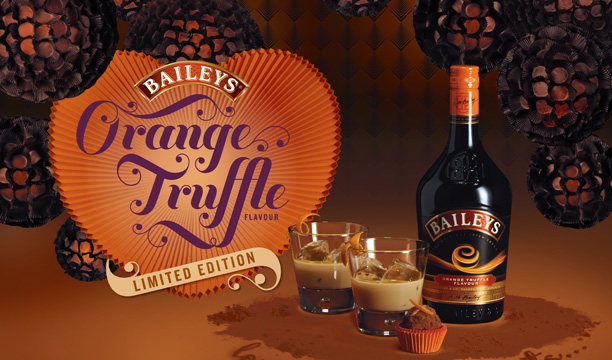 Only available in the UK, Australia and select travel retail outlets in those countries, the spirit marks the start of the Diageo brand’s Christmas marketing campaign.

There have been reports of British shelves being cleaned dry of the product, such is the reception of the limited edition. It retails for £13.25 a bottle.

Yet another Christmas liqueur launch, this time a brand new range from Beam.

Crave Chocolate Liqueurs are again only available in the US and consist of three flavours – Chocolate Cherry, Chocolate Mint and Chocolate Chilli. They are cream-free and are described as combining the “rich taste of chocolate with a unique flavour” of chilli, cherry or mint.

For more details, as well as cocktail ideas, click here. 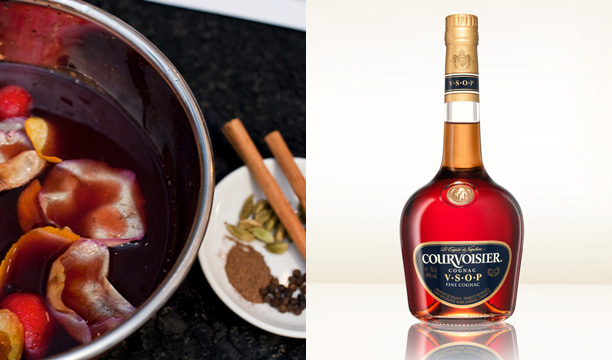 We realise Cognac brand Courvoisier has had a VSOP in its range for quite some time, but the Beam brand has decided to change the recipe to help it stand out more in cocktails.

The new recipe consists of a blend of Grande and Petite Champagne and Fins Bois grapes that has been aged in oak barrels. The bottle shape will remain the same, but the label will now distinctively carry the name Couvoisier VSOP Fine Cognac to acknowledge the new blend.

Courvoisier has been keen to refresh Cognac’s reputation as a gentleman’s drink by promoting its mixability and use in cocktails. This has to be the biggest move the brand has made to underline that message. 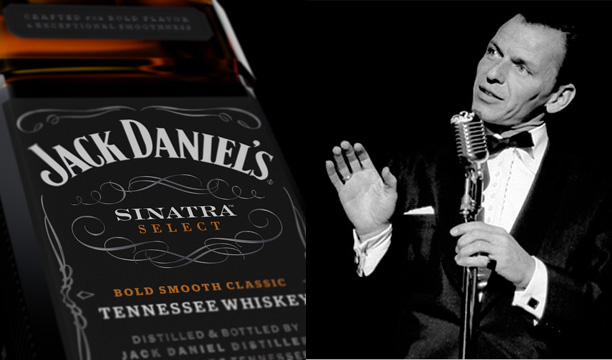 It’s coming up to 100 years since legendary singer-songwriter Frank Sinatra was born, and so fittingly, his favourite brand of whiskey Jack Daniel’s has created a special edition tribute in his name.

Jack Daniel’s Sinatra Select is a 45% abv Tennessee whiskey made using spirit matured in ‘Sinatra barrels’, which have carved grooves on their interior tro expose the liquid to more wood.

The technique has been used for the first time as a main component for a Jack Daniel’s blend, and has given the whiskey a richer character.

Sinatra Select will be a travel retail exclusive, launching in Las Vegas Airport in December first, before rolling out to other airports around the world in January.

A premium product, the whiskey will carry an RRP of US$150.

Jack Daniel’s unveiled its tribute to the late singer-songwriter at the TFWA World Exhibition in Cannes.

Find out where else Sinatra Select will be available by clicking here. 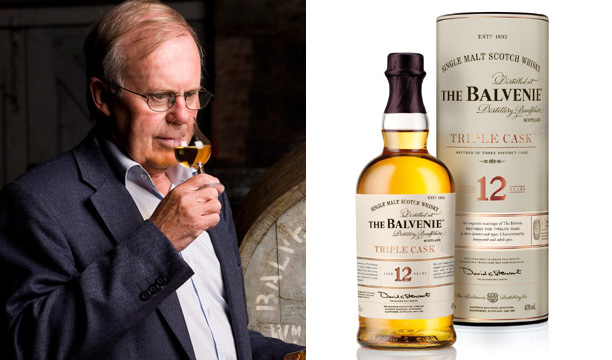 The Balvenie Triple Cask is the first range from the Speyside Scotch distillery to launch exclusively in travel retail.

As the name suggests, the range has been aged in a combination of three casks – first fill bourbon, refill bourbon and sherry – and is available in 12-year-old, 16-year-old and 25-year-old expressions.

Enthusiasts will need to be patient before booking a flight to buy the whisky – it won’t go on airport shelves until April 2013.

Find out more about The Balvenie Triple Wood here.

The Balvenie is also releasing a new addition to its core range, The Balvenie Doublewood 17 Year Old. Read more about that release by clicking here. 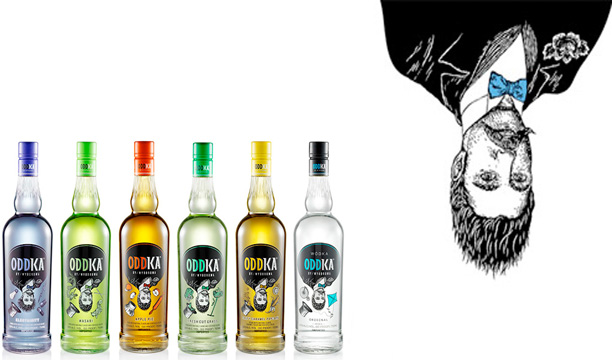 Admittedly here at sb we sighed when we saw Pernod Ricard was releasing a new quirky vodka range. It seemed like so many products were going down this route that quirky would soon be the new normal.

But Pernod’s Oddka by Wyborowa features five flavours so unconventional that we have to say we were just slightly intrigued.

Electric vodka anyone? How about the taste of Fresh Cut Grass? The Oddka vodka range has explored the flavours the big guns like Smirnoff and Pinnacle probably haven’t dreamed of. Its Wasabi vodka has sparked our interest for its potential in a lovely spicy Bloody Mary.

Intrigued? Read more about the range, and find out what the other two flavours are, by clicking here. 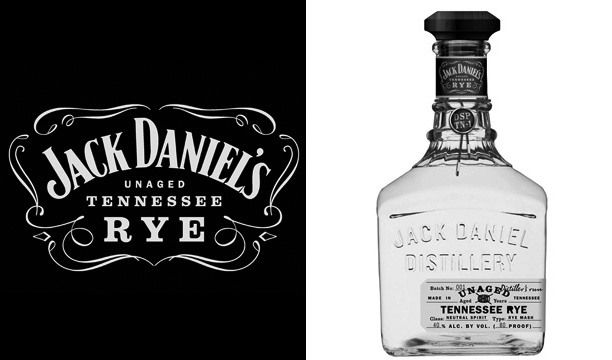 Two new releases announced by Jack Daniel’s in the same month is a rare thing. The distillery is not known for changing the makeup of its Tennessee whiskey too often. The first announcement at TFWA World Exhibition in Cannes for Sinatra Select was exciting, but this release is even more so.

Jack Daniel’s Unaged Rye is a moonshine ‘whiskey’ – made of 70% rye, 18% corn and 12% malted barley – run off the stills and through the distillery’s signature charcoal mellowing process.

Master distiller Jeff Arnett hinted that a fully aged version of Jack Daniel’s Unaged Rye is near, as this release is “just a taste of what’s to come”.

Read more about the new whiskey, and Arnett’s plans for the future here. 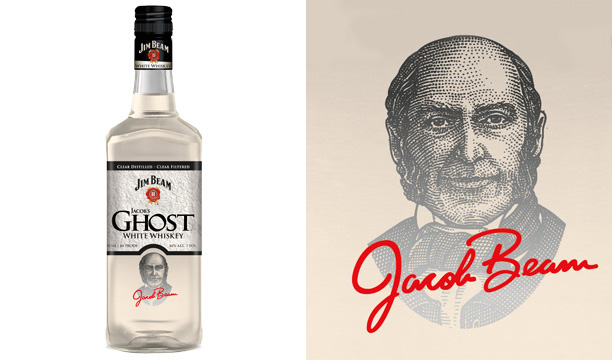 Another “white dog”. Well, no not really. Jim Beam Jacob’s Ghost may appear to be another white unaged whiskey – a sign the big drinks companies are cottoning onto growing demand for Prohibition-style spirits in the on-trade – but in fact it has been aged for a year.

You may not be able to tell from this image but Jacob’s Ghost has a slightly yellow colour to it, owing to the year’s maturation in charred oak barrels and despite a filtration process.

The whiskey is made using the same mash bill used for Jim Beam bourbon, and is bottled at 40% abv. We haven’t tried it yet, as it won’t even be released in the US until February 2013, but we expect to have it in the UK in the early part of next year.