While Hospitality businesses in South America certainly haven’t been immune to the challenges of the past few years, they’ve returned in force, arguably stronger than ever, Clinton Cawood reports.

Bars have taken the opportunity to adapt and innovate, and they’re all the better for it.

Cartagena and Bogotá in Colombia, Buenos Aires in Argentina, and Brazil’s São Paulo are particular hotspots, although there are world-class drinking destinations throughout South America.  The region’s bars are increasingly being recognised on the global stage, with five making the most recent World’s 50 Best Bars 2022 list, up from three the previous year.

South American bars certainly have the audience for it. As Felipe Arizabaleta Balcázar, chef and co-owner of Bar Enano in Bogotá, puts it: “Colombians were eager to socialise after a long lockdown, and we are very good at it.”

In Cartagena, El Barón’s CEO and co-owner, Juan David Diaz, confirms this. “People are happy to be out sharing with their loved ones, and customers are spending more, with higher prices around the city in general.”

According to recent figures from CGA, more than 40% of Brazilian consumers visit bars and restaurants at least once or twice a week, with nearly as many doing so in Colombia and Argentina. The vast majority said that they wanted this frequency to either stay the same or increase over the next year. And they value their bar staff. Of those surveyed in Colombia, 72% said they could be swayed by a bartender’s recommendation, even if they’d already decided on what to drink.

Helena Rocha, PR manager at Tan Tan in São Paulo, has seen this change in action. “With greater interest from consumers about the universe of bars, professionals in this field have become more valued,” she says.

But perhaps the biggest trend in the region’s bars currently is a greater focus on local flavours, culture, and traditions. “Latin America is experiencing a process of revaluing tradition, and those ingredients typical of our cultures and territories, not only from culinary proposals at restaurants, but from liquid proposals too,” says Laura Hernández Espinosa, beverage designer of La Sala de Laura, a bar in Bogotá based on “Colombian bioculturality”.

In Cartagena, at Alquímico, founder Jean Trinh is seeing the same. “The trend we have seen is about looking inward, highlighting the products that come from each region and country of Latin America, and valuing the indigenous ancestral cultures.”

Rocha considers this trend to be partly the result of the higher regard that the industry is held in. “Because Brazil has never been a country in which the bar industry was valued as deserved, it is natural that professionals have always looked for external references,” she says, adding that the challenge now is to “rediscover the richness of our local ingredients and the thousands of special products that we have available”.

Bar Enano’s Balcázar believes that Colombia is particularly well placed when it comes to this greater focus on the local, from ingredients to culture. “The shifting paradigms towards diversity are great news for Colombia, the second-most biodiverse country on earth, and with great cultural diversity and endless stories to tell,” he says.

This all ties in to general consumer trends, and a greater awareness from drinkers about what they purchase, according to Paola Perassoli, marketing manager of SubAstor in Brazil’s São Paulo. “We’ve noticed that people are more concerned about what ingredients they’re consuming, valuing local ingredients and local producers more, as a way of giving back to society and their country’s economy.”

This forms part of ever-growing consumer awareness about sustainability, something that South American bars are responding to – with Alquímico among those at the forefront, with its own permaculture farm providing ingredients for the bar.

But there’s more to sustainability than environmental concerns, as Diaz points out. “I’ve seen a trend in a few bars, including Alquímico and us, where sustainability applies to our staff too,” he says. “We are in a very creative and stressful industry, and having our team healthy is a responsibility we share.”

Trinh agrees. “The vision has gone more towards the human part of our profession than towards the purely technical part,” he says. With this kind of sustainable approach, not to mention its natural resources when it comes to culture and local ingredients, it’s no wonder that South America’s bars are going from strength to strength.

You can read our Global Bar Reports for Europe and North America here. 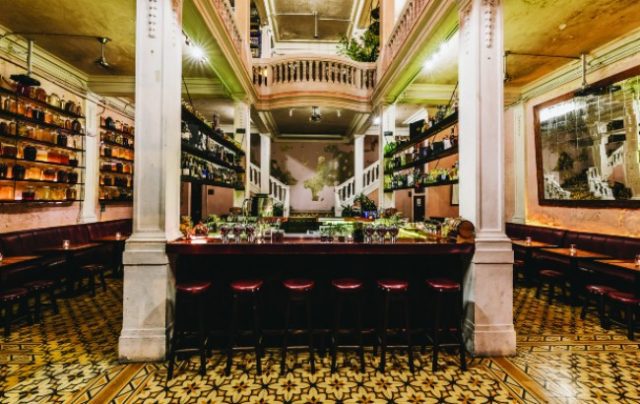 This expansive cocktail bar, set over three floors in Colombia’s Cartagena, and culminating in a must-visit roof terrace, is making waves beyond its four walls. For a start, it also owns a farm that was originally purchased to produce ingredients but served as a sanctuary for its staff during the pandemic. It’s also increasingly gaining global recognition, having placed 10th in the most recent World’s 50 Best Bars list, the highest spot for a South American venue. Alquímico offers three distinct spaces, each championing Colombia’s biodiversity in different ways, from original creations to local twists on classic cocktails.

Set below São Paulo’s Bar Astor is a hidden cocktail gem, mysterious and moody, with dim lighting and fluorescent-pink accents. No newcomer to Brazil’s cocktail scene, having opened more than 10 years ago, SubAstor is as relevant and current as ever, with a new, revamped cocktail list that builds on the success of its previous concept. Having previously focused on highlighting exotic ingredients from Brazil’s six biomes, it will now have an even greater focus on local produce and producers. In keeping with the times, there’s also an updated non-alcoholic offering that’s on par with the rest of the drinks. 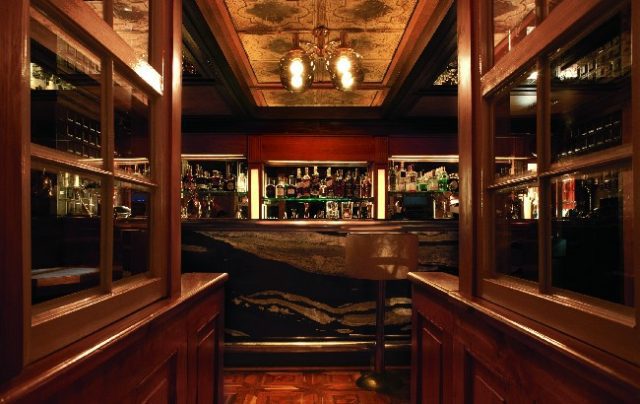 Just one example of how hot the bar scene in Buenos Aires is right now, Tres Monos is a decidedly cool, contemporary drinking spot that offers world-class cocktails while not taking itself too seriously, and ensuring it has a positive impact on the world in the process. Lit with neon, and with its graffiti-tagged walls, this is a fun space to explore a compelling yet accessible drinks offering that highlights Argentinian ingredients prepared using an array of interesting techniques. Tres Monos is also a bartender school, offering courses in person and online, for all levels of experience.