The North American region has rediscovered its sense of adventure, as Lucy Shaw reports.

“We’re absolutely cooking right now – our staff are exhausted, but we provide them with free physio to help their backs,” says Nick Kennedy, founder of Civil Liberties in Toronto, which recently nabbed the top spot in Canada’s 50 Best Bars list. Keeping his entire team on the payroll during the pandemic helped give Civil Liberties a competitive edge when the on-trade sprang back to life.

“Bars aren’t just about alcohol; they’re groups of people making a community, and it wouldn’t be the same bar without the same people behind it,” he says.

The hip hangout has become a dating hotspot following a surge in pandemic breakups, but the hedonism of the ‘Roaring 20s’ a century earlier hasn’t quite materialised, as clean-living Millennials and Gen Z consumers seek to curb their drinking.

In keeping with the ‘nolo’ trend, Kennedy has seen a spike in requests for alcohol-free cocktails, and, happily, has found people are willing to pay upwards of CA$10 (US$7.30) for a well-made virgin cocktail.

At the other end of the spectrum, “stirred-down boozy numbers” such as the Sazerac and Vieux Carré are enjoying a resurgence.

After years of being cooped up at home, there’s a collective desire in North America for community and connection, which is bringing people back to bars.

“After the lockdown restrictions were lifted, people were in a need of enjoyment. Everyone wants to feel free again to enjoy life and live the moment,” says Walter Meyenberg, founder of Hanky Panky in Mexico City. He has noticed people asking for serves made with local, fresh ingredients over complex, conceptual cocktails.

“Hospitality is the new trend,” he says. “People are seeking simple serves in an environment that makes them feel comfortable and looked after, where they can make real human connections.”

For T Cole Newton, president of the United States Bartenders’ Guild (USBG), and owner of bars The Domino, and Twelve Mile Limit in New Orleans, business is back to pre-pandemic levels. “The bar industry seems to be at an interesting inflection point in 2022. Covid restrictions have all but vanished, and people are travelling again.

“The past couple of years reminded people how important neighbourhood bars are to our social fabric, so there’s a real sense of gratitude from our patrons,” he says.

But while business is booming, inflation looms large, and is threatening to ruin the party. “Everything costs 20% more than it did then,” says Newton. “We can pass some of those costs along to our customers, but that comes with its own issues.”

While finding well-trained dedicated bar staff is an issue throughout North America, Newton has been lucky in that regard. “Staffing is an area of strength for us. Our bartenders can wear their own clothes, listen to their own music and put out a special drink for their shift; our management style is very collaborative,” he notes.

“But that’s not the case for a lot of bars, and many traditional operators are struggling. As so many people have left the service industry since the pandemic; the workforce has skewed significantly younger and less experienced.”

In New York, Linden Pride, owner of Italian cocktail institution Dante in Greenwich Village, has noticed a shift in socialising habits, with day drinking at lunch and midweek proving more popular than burning the midnight oil in the Big Apple.

“The greatest challenge for us over the past 12 months has been adapting to the fluidity of regulations and expectations of consumers and government bodies.

“We’ve seen staffing get easier over the past few months, but the huge brain drain in the industry continues to be felt,” says Pride, who predicts bottled cocktails “will see incredible growth” going forward.

Kennedy of Civil Liberties is also backing bottled cocktails, and quality ones on tap too, which he believes have the potential to shake up the entertainment venue sector and elevate the cocktail offering in the region.

He’s currently working on a project to provide top-notch classic cocktails like the Old Fashioned and Espresso Martini on tap to large sporting and music venues. “The biggest trend sweeping the industry right now is the automisation of drinks away from relying purely on on-premise labour,” he explains.

“People are becoming more discerning and are expecting to find quality cocktails wherever they go out now.”

The USBG’s Newton agrees that the next frontier for the industry is having the craft cocktail movement trickle down to smaller cities in the States. “When guests can consistently get a quality Old Fashioned at an average sports bar, music venue or arena, that’s when the movement will really have won,” he says.

Click here to read our 2022 Global Bar Report for Europe. 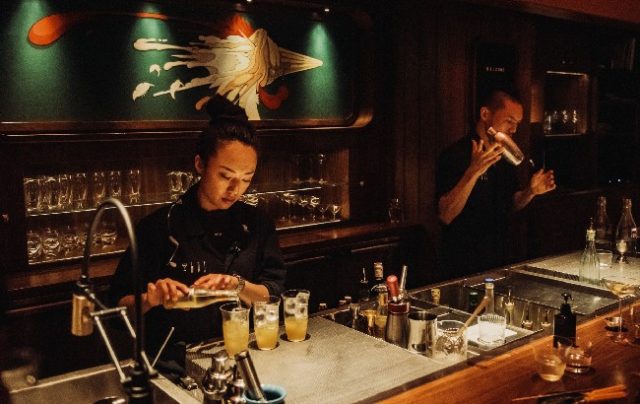 This achingly hip Lower East Side bar likes to indulge in a spot of fowl play – chicken rules the roost here, and you’ll find owners GN Chan and Faye Chen whipping up buttermilk-fried chicken sarnies and popcorn chicken with ginger and five spice, alongside a selection of ‘taptails’ in the bar’s more casual front room.

We like the sound of the #4, which combines lemongrass shōchū, gentian, plum, and green tea. Having started out running a pop-up in a vintage VW minibus, the duo is disrupting the classic cocktail canon in the daringly different back room, where you’ll find inventive serves that turn iconic dishes into liquid form, from Japanese noodles to key lime pie, and mango sticky rice. 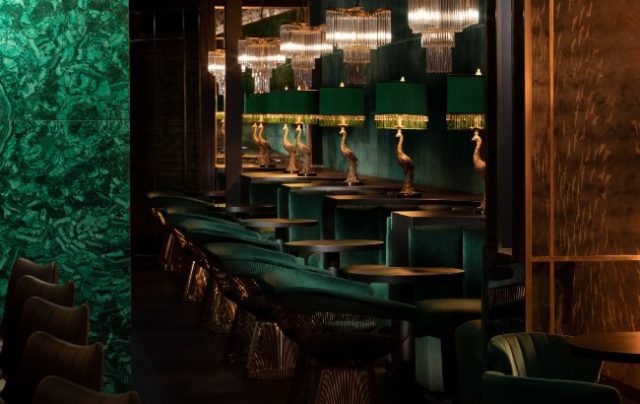 Arguably Vancouver’s most glamorous drinking den, Laowai has a clandestine vibe. Hidden behind a freezer door at the back of unassuming dumpling shop Blnd Tger in Chinatown, order the #7 to gain entry. Evoking the romance and intrigue of 1930s Shanghai, the Art Deco-inspired interiors are a visual feast – think emerald velvet booths, shimmering chandeliers, malachite accents and peacock table lamps.

The cocktails are impressive – the bar boasts North America’s largest baijiu collection, which features in a number of bar manager Alex Black’s serves. Offering contemporary twists on the classics inspired by Chinatown, seek out the Behind Blue Eyes, which blends lapsang souchong-infused Bourbon with salted Asian pear. 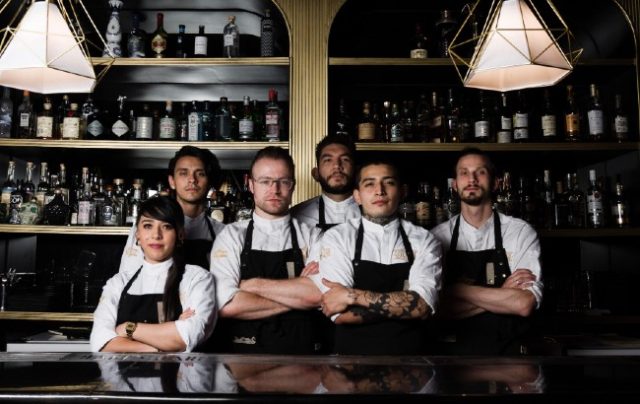 If you’re keen to party like it’s 1920 and happen to be in Mexico City, then be sure to swing by Handshake Speakeasy, housed behind a black door in the city’s Juarez district. Sultry Prohibition-era Art Deco splendour is the name of the game here.

Shaker-in-chief is renowned Dutch bartender Eric Van Beek, who took the helm at the bar last year. Staying true to its vintage roots, classic cocktails are given the limelight, many of which are created with hard-to-source vintage spirits. If you’re feeling flush, try the Hanky Panky made with a century-old amaro, and end the evening with a decadent brown butter Old Fashioned.