Change is afoot in the Africa and Middle East region, and their bars reflect that, with venues raising the standard of service and scooping top awards.

The theme of today is renewal. While many governments in the Middle East and Africa eased restrictions early on – or never locked down in the first place – coronavirus did plenty of economic damage last year, in addition to the tragic loss of human life. Once-vibrant tourist centres such as Jordan, Morocco and Tanzania licked their wounds in 2021, denied vital revenue from overseas.

Meanwhile, a succession of prohibitions on the sale of domestic alcohol did significant harm to South Africa’s hospitality industry and the livelihoods it sustained.

“Businesses really suffered last year,” says Cape Town resident Erica Taylor. “But people were determined to fight on: bars have been renovating and are excited about the prospect of a buoyant summer season.”

In 2022, there is a tangible sense of optimism hanging in the air. Indeed, if anyone wants an example of how two regions can bounce back, they should look to the Middle East and Africa.

Once renowned for its cookie-cutter hotel bars, and little else, Dubai increasingly boasts a surfeit of fashionable independent venues, driven by rising investment into the nation’s entertainment sector.

“The hotel monopoly on drinking destinations in Dubai has faded away,” says Jimmy Barrat, founder of Ergo in Dubai. “For me, the trend now is hotels attracting independent food and beverage outlets by leasing their space and bringing the energy of diverse standalone brands to create new drinking destinations.”

Tourists are also returning in their droves to Israel’s Tel Aviv, while Beirut has been rebuilding its infrastructure following a tragic accident that occurred in 2020 – an explosion that killed more than 200 people.

The residential district of Badaro, surrounded by verdant pine forests, may seem an unlikely choice for a burgeoning nightlife scene but that’s exactly what investors have been attempting to create, launching new venues and raising the standard of service and training to new heights.

Like their Middle Eastern neighbours, the Lebanese are also having to adjust to a new wave of social liberalism, driven by Millennials, that may be at odds with the more conservative precepts of Islam. Their societies are evolving at an unprecedented rate, and there’s no stopping it. However, the changes sweeping through Africa are more economic than cultural.

Notwithstanding the loss of tourist income during the pandemic, headline Sub-Saharan economies such as Kenya, Nigeria and Ghana have seen their GDP rise consistently for more than a decade. In the 21st century, Africa’s population is increasingly clustered in large urban centres, and by 2030 more than half a billion Africans are projected to be middle class, according to the multinational Deloitte.

If there is one sector that has really prospered from this seismic shift, then it is surely the hospitality industry: innovation is running riot across the cities of Nairobi, Johannesburg and Lagos.

“The bar scene in Nairobi is changing rapidly, and there is a lot more creativity and incredibly driven new bartenders that are challenging themselves to be the best they can,” explains Richie Barrow, general manager, food and beverage, Trademark Hotel, Nairobi.

“I’m truly excited about the future of the scene here and the quality of talent that is coming up across the city and region. And it’s even more exciting to see the whole of Africa rising. From South Africa to Ghana, there is an unsurpassed level of dynamism driving us forward.”

From one perspective, little has changed: Cape Town boasts the most sophisticated and diverse bar scene in the wider region. But when Kenya’s Hero Bar was featured in the extension list of The World’s 50 Best Bars 2022, it offered a foretaste of the rising competition to come. This is a continent on the move.

You can read our Global Bar Reports for Europe, North America, and South America here. 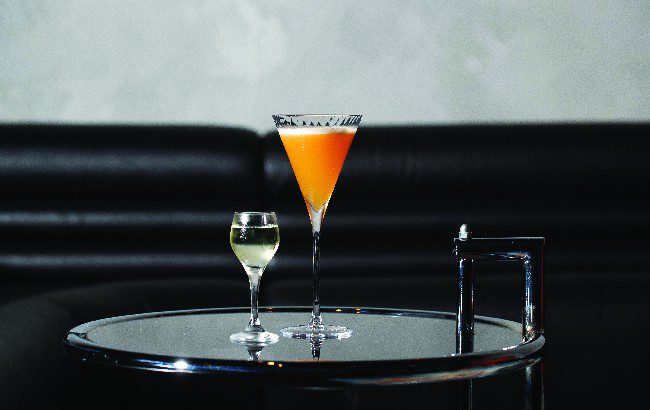 Yet alongside the venue’s urban chic and hard furnishings, there is a softer element, driven by Ergo’s leather banquets and subdued lighting. The cocktail menu, meanwhile, is playful, innovative, and just the right size. Guests will love Barrat’s signature Mr Pink cocktail laced with Malibu, for example, while the Jim and Tonic is a simple yet sophisticated expression of a classic.

“It is every bartender’s dream to open their own concept; in my experience, it is the magic of a chance encounter,” says Barrat. “Finding the right person who believes in your vision, and a business partner to encourage you to be yourself is vital. The most important aspect is expressing yourself with no boundaries.” 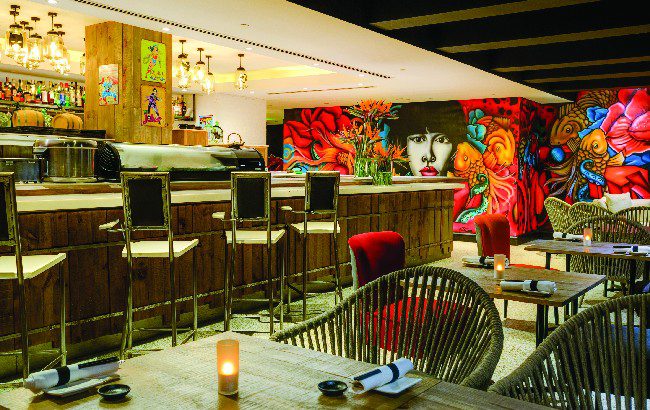 Trademark Hotel’s Hero Bar is far more than just another nightlife destination in Kenya’s leading city. It is a symbol of the pride and optimism that now defines life in all corners of urban Africa.

“I believe our biggest strength is our culture at the bar – every member of the team comes to work in a place that they consider their home,” says general manager Richie Barrow. “While it’s common to have cocktails across the city, very few destinations in Kenya solely focus on them.”

Since 2019, Hero Bar has been catering to this growing demand, serving a bespoke range of drinks with unrivalled views of the breathtaking landscape. Designed as a speakeasy with a discrete entrance and Prohibition-style bar, Hero is fortunate to work with Kenya’s leading mixologist. This year, head bartender Francis Ndung’u represented his country at Diageo’s World Class competition 2022, winning the title.

But each member of the team at Hero is committed to delivering five-star service with a smile. Kenya’s best bar? Oh yes. 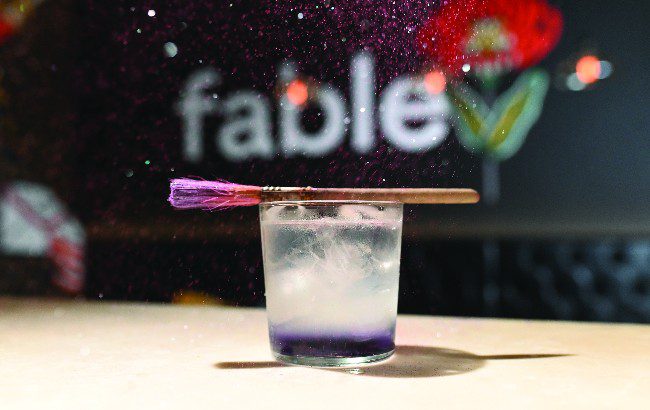 Josh Sarembock’s Fable helped to redefine the concept of a destination bar in Cape Town’s inner city – once a ghost town after 6pm – with an innovative approach that combines exceptional cocktails with irreverent wall art.

“You don’t only come to Fable to drink – you come for the vibe,” says Sarembock. “We intentionally sought to provide an alternative to the rather stiff service and staid atmosphere we believe pervades most of South Africa’s great cocktail venues; we wanted to carve a space for a younger, more upbeat crowd to experience the flavours on offer.”

Packed to the rafters every weekend, Fable is an obligatory part of any barfly’s South African itinerary.