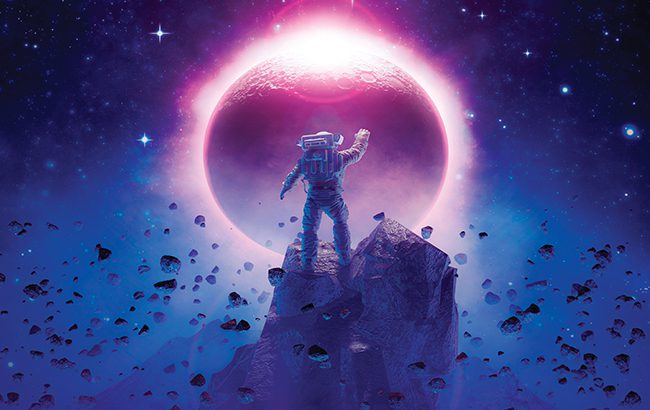 The spirits industry went into recovery mode in 2021, while continuing to navigate the challenges of the pandemic. For all the negative impacts Covid‐19 has had on the trade, it has also created new consumer trends, including a boom in home cocktail making and the continued rise of ready‐to‐drink products and agave spirits.

According to data from Euromonitor International, total spirits volume grew by 2.2% in 2021 compared with 2020.

Spiros Malandrakis, head of research – alcoholic drinks at Euromonitor International, notes recovery of the spirits sector “may take four to five years” to return to pre‐pandemic levels. He says the prolonged recovery is due to China, which has been hit hard by fresh Covid‐19 restriction this year.

However, he adds there is potential to “bounce back really strongly and relatively fast” due to the momentum in the on‐trade.

“There’s very strong signs of consumer willingness to meet and socialise – that hasn’t changed and has been with us in past years. There’s strong premiumisation growing across the industry, but this is the point that I start having my doubts about how sustainable that might be, due to inflation.

“The Roaring ’20s was an era of indulgence and hedonism but also of massive polarised societies. That would mean premiumisation will continue to be there and maintain momentum, but we will start seeing some trading down or trading across.”

He notes that all categories will face the brunt of consumers being forced to cut down or move to a more affordable, adjacent category, citing the example of single malts to blends or trading across to a premium dark rum, “which is cheaper than a premium blended malt but positioned as premium”.

The ready‐to‐drink (RTD) sector, and Tequila and mezcal collectively reported double‐digit growth in 2021, along with rum. Malandrakis also singles out the bitters sector, which recorded 10.9% growth last year.

Malandrakis notes that Tequila is “growing very fast” as a result of its success in the US and the boom in super‐premium varieties. “People used to have it cheaply with salt and lime but it has moved to high‐end sipping and become a celebrity‐endorsed category,” says Malandrakis. “I have my doubts of the sustainability of this shift because of the micro‐economic situation.”

Malandrakis explains that the hard seltzer category in the US seems to be “slowing down significantly” with the sector “becoming massively saturated”.

“Most of the major brands are losing share or moving towards rationalising their SKUs, streamlining and minimising offerings. Some seem to be going off the market,” he says. He also highlights a move from malt‐based RTDs to premium spirit‐based variants, which are “more indulgent with a higher ABV”.

It remains to be seen what the effect of Russia’s invasion of Ukraine will be on the spirits sector. Malandrakis notes that the global inflation problem is “directly correlated to the scarcity of materials coming from Russia and Ukraine”.

He adds: “Vodka appears largely static; there’s a massive question mark as we’re not sure how Russia feeds into it yet.”

Malandrakis also notes that the ‘other spirits’ category, which includes local products such as Chinese baijiu, Japanese spirit shōchū and Korean soju, is “gaining less traction than it should”.

According to Euromonitor figures, ‘other spirits’ and Japanese whisky were the only spirit segments to decline in 2021, falling by 2.4% and 2.9% respectively in volume. However, he notes how local spirits are benefitting, to an extent, from consumers flocking to brands closer to home in times of crisis.

Another taxing problem for the industry has been tariffs – but relief came in June 2021, when the US, EU and UK agreed to a five‐year suspension of tariffs on products such as US rum, brandy, vodka, Cognac and single malt Scotch.

The move helped US spirits exports to bounce back Exports of Scotch whisky returned to growth last year with an increase of 19%, figures from the Scotch Whisky Association revealed.

Single malts will be “one of the fastest‐ growing categories in 2022” despite being a smaller segment, says Malandrakis, and there are “strong expectations for dark rum, a drink associated with high‐energy occasions”.

The no‐ABV category will become mainstream, he says, as consumers cut down on their alcohol intake. He cites the “massive potential for radical innovation” in drinks with “alternative highs” like CBD beverages.

The wider picture is all about online sales, says Malandrakis, noting huge investments in the sector, including acquisitions of third‐ party apps. “Online sales will become a major avenue for growth for all spirits categories,” he believes.