What’s on in July 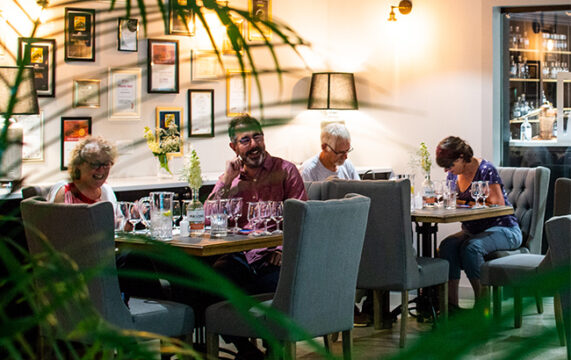 What: A gin-fuelled distillery exploration

The Masons of Yorkshire distillery has reopened its doors today (2 July), inviting visitors to its distillery experience, with the opportunity to learn about spirits production, attend a cocktail evening and explore the gin laboratory for £20 (US$27.50) a ticket. At £40 (US$55) per person, the experience includes a history of cocktails, followed by the chance to sip on a Masons serve and gain tips on how to craft the perfect drink. A Masons gin and tonic welcomes guests in the distillery bar, as well as four Masons cocktails, plus a charcuterie or cheese selection sharing platter. 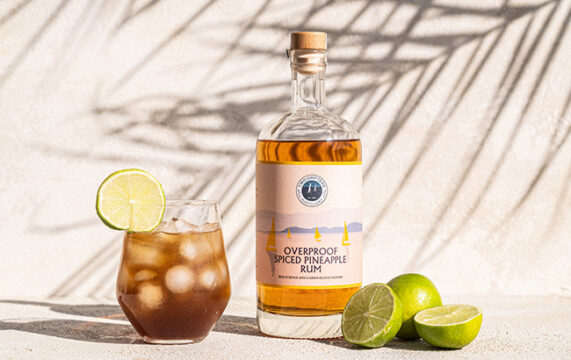 What: A barbecue lover’s dream

In celebration of National BBQ Week, London’s White City restaurant Prairie Fire is partnering up with Two Drifters Distillery, for a month-long ‘authentic Kansas City barbecue’, a pop-up of smoked food and spiced rum cocktails. Running from today (2 July) until the 11 July, a boozy BBQ sauce has been especially made for the event – Spiced Pineapple Rum Hot Sauce, made with the Overproof Spiced Pineapple Rum. Cocktails available include the Punch #1, a mix of Overproof Spiced Pineapple Rum, lime juice, passionfruit syrup, strawberries and soda water, as well as the Two Drifters Old Fashioned, made with their Spiced Rum, orange bitters and sugar syrup. 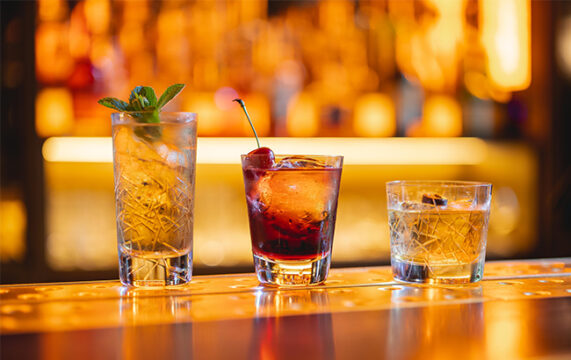 What: American serves across the pond

The Distilled Spirits Council of the US (Discus) has launched Sip America, a campaign based in London, running until 8 July. Partnering with London bars, a series of special edition cocktails have been created, themed around American whiskey producing states: Illinois, Kentucky, Oregon and Tennessee. Bars Satan’s Whiskers, Fitz’s, Crossroads and Little Mercies will display whiskeys from each state. The latter bar will serve up a Snickers Old Fashioned, combining Jack Daniel’s, peanut butter infused bourbon, and cocoa vodka for £9.50 (US$13.08). 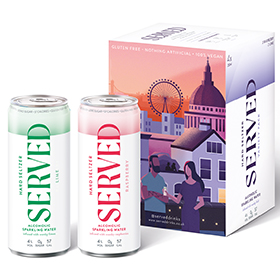 What: Sporty serves to celebrate the legendary tennis tournament

With Wimbledon back in full swing, bars across London are offering tennis-themed cocktails for fans to enjoy. Venues involved include Chelsea’s 28-50 Wine Workshop & Kitchen, The Artesian at The Langham hotel and Hemingways in Wimbledon Village. Toasting to the tournament and providing cocktails for the event is a new partnership between Ellie Goulding’s hard seltzer brand Served and Sipsmith gin, to produce the Sipsmith & Served cocktail. Also available will be a Sipsmith Strawberry Smash Gin, topped with the raspberry-flavoured Served. Running until 11 July, these drinks are available at various venues in Marylebone, Covent Garden and South Kensington and Chelsea for £12 (US$16.50). 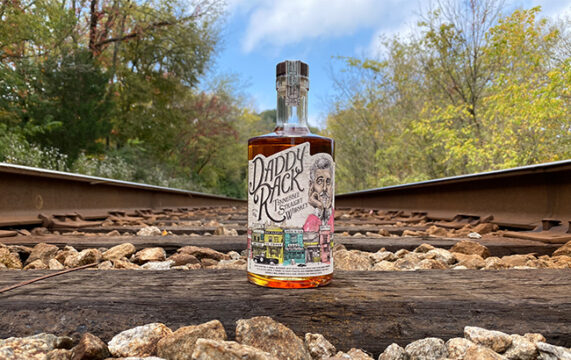 What: American patriotism in party form 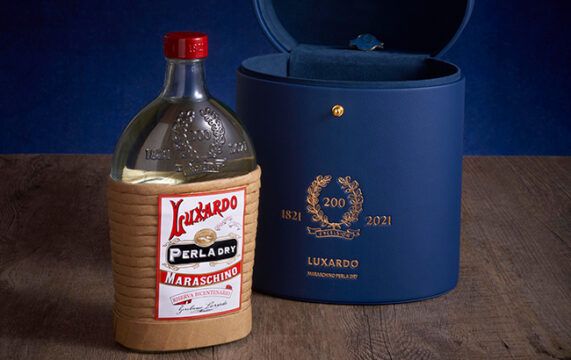 What: A secret aperitivo bar

The Luxardo Secret Piazza at Hush bar and restaurant in Mayfair, London, will open to the public on 5 July. The Mediterranean-themed pop-up offers 100 seats on its outdoor terrace, and serves up apertivo-style cocktails and a new brasserie food menu. The cocktails, costing £14 (US$19.25) each, mix the Luxardo range – Limoncello, Amaretto, Bitter Bianco, Sangue Morlacco cherry liqueur, Sour Cherry Gin and London Dry Gin – with ingredients including aromatic herbs, cucumber, mint and bubbles. 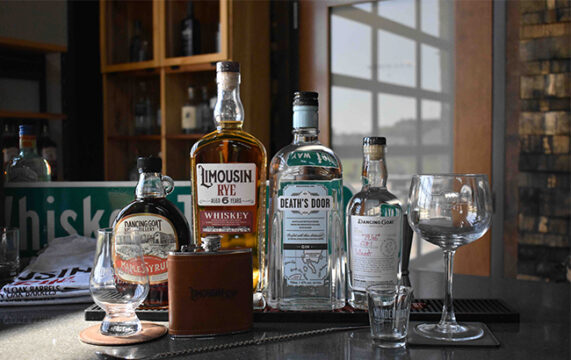 What: A distillery reopening its doors for gin and whiskey lovers

Where: Cambridge, Wisconsin, US

Wisconsin’s Dancing Goat Distillery is opening its doors on 8 July.

The producer is welcoming guests into its tasting room for a sampling of gin and whiskey. The gift shop will also be open stocked with glassware, merchandise and more. The US-based distillery is reopening in stages, preparing for a full opening later this year when tours and distilling classes will begin. 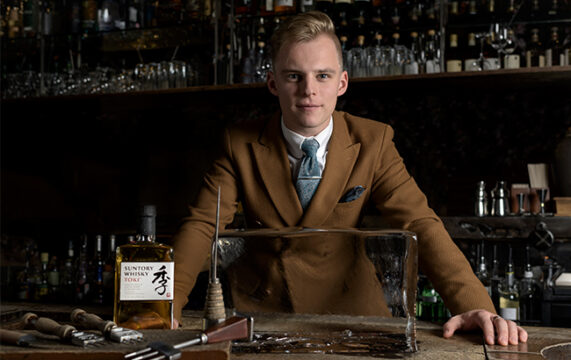 What: A chance to step up your knowledge of Japanese food and drink

House of Suntory has unveiled the return of its advocacy programme, called Dojo, educating bartenders on Japanese whisky.

Dojo translates as ‘a place to master the way’, and seeks to connect with bartenders to deepen the understanding of Japanese craftmanship in the spirits sector. Between now and September, the Edrington-Beam Suntory-run online masterclasses will be hosted with Suntory’s UK brand ambassador James Bowker. On 19 July, master sushi instructor Izumi Nakamura and Japanese seasoning expert Stuart Turner will host a sushi masterclass exploring balance and seasoning, which will include a tasting of Suntory brand Haku. 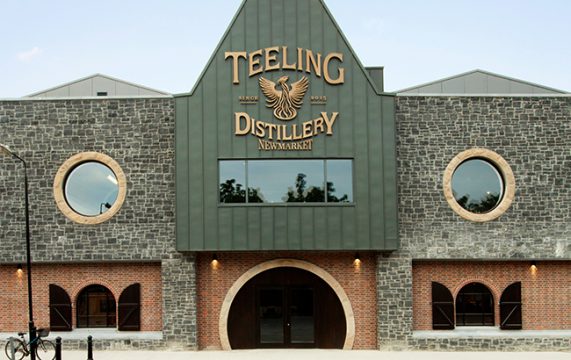 What: An Irish whiskey tasting for grain geeks

On 21 July, Teeling Whiskey is launching the Not Your Run of the Mill Tasting, a virtual event allowing consumers to taste various grains and cask-strength whiskeys from the Teeling warehouse. Starting at 7pm (BST) and run by master distiller Alex Chasko, five unreleased cask-strength whiskeys will be available to try. Tickets cost €50 (US$59.14). Event tasting packs include five 30ml Teeling Whiskey samples, a tasting mat and a nosing glass. 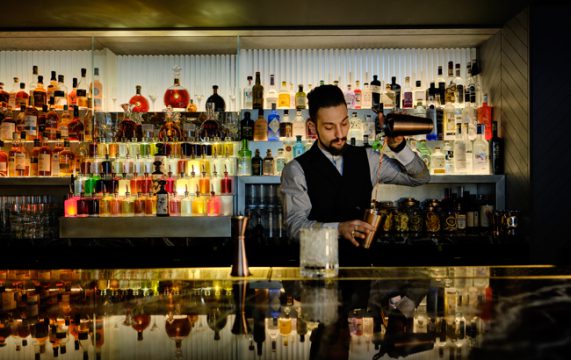 What: An imaginative cocktail menu

Mayfair’s St James Bar is launching a new menu at the end of this month. The list, called Imagination, contains drinks of ‘unique flavours, molecular techniques and sustainable processes’, using scientific techniques. Cocktails include the Sweet Child, with Michter’s US*1 Rye, donut cordial, crème de peach, tobacco liqueur and candy floss, for £22 (US$30.28); and the Van Gogh, with Tanqueray No. Ten gin, yuzu butter, Italicus aperitivo, unicorn cordial, white port and husk ash, for £17 (US$23.40).