The trends shaping the vodka category

Authenticity, provenance and natural ingredients are pushing vodka back into the spotlight. And the big players are responding to changing consumer tastes with flavour innovations and lower-ABV offerings. 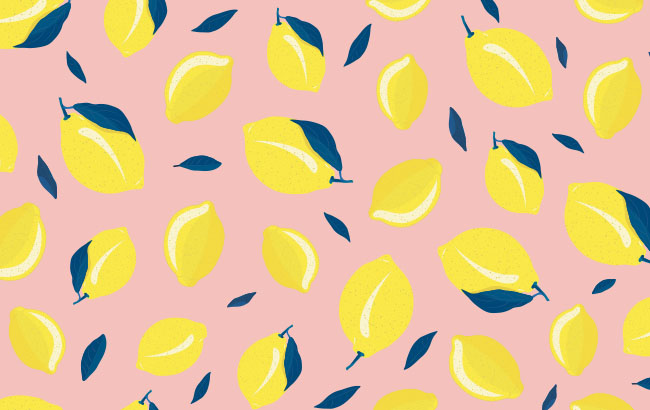 Once upon a time, vodka was all about smoothness and neutrality, dressed in a gorgeous bottle. Then came the wacky flavours, swiftly followed by their widespread withdrawal. And while gin took the limelight, vodka innovation felt muted.

Over the past couple of years, however, the seeds of change have been growing. The quest to bring craft and authenticity to the category has given us more vodkas that taste like their raw ingredients. And when it comes to flavour innovations, the popularity of gin has paved the way for a new sub‐category – botanical vodkas.

Hand‐in‐hand with botanicals has come lower‐ABV propositions, as health and wellness wields its influence. At the same time, the big brands have marched on, shouldering blows from new entrants and deploying new innovations of their own.

In this vodka trends overview, we explore the main themes shaping the category and we look at what the future might hold for the giant among spirits.

From rye to potatoes, single estate to vintage offerings, vodka’s serious craft side has officially come to the fore. “In beer, many consumers put down the mass‐produced domestic beer to enjoy some of the great craft producers,” explains Mathias Tönnesson, Purity chief spirit officer and master blender. “I believe this trend is happening in vodka today and will only speed up in the years to come.”

Florian Renschin, owner of Germany’s Freimut Wodka, counts his own product as part of the craft movement, along with brands such as Vestal, Chase and Ireland’s Kalak Single Malt Vodka. “I’m seeing a rising demand and offer of more authentic vodkas which provide transparency, a story and a seriously good spirit with flavour and character,” says Renschin. “And all of them are made by individual producers from field to bottle – which could be considered craft vodkas.” He highlights a shifting trend away from “random neutral and replaceable vodkas”.

The craft vodka movement has also paved the way for expressions that focus less on “bling bling”, as Brewdog Distilling’s CEO, David Gates, puts it, and more on taste and authenticity. His company launched single malt vodka Rogue Wave last year, replacing the Lone Wolf Vodka brand in the process. “People see the potential for craft vodka and what we’re hearing consistently is that you have either got ‘bling bling’ or you have got commodity, cheaper brands,” he explains. “People are seeing opportunity for something that has genuinely got quality credentials and is understated.”

Gates talks about superficiality and excessive packaging in the vodka category. “Everything we’re hearing suggests there will be a reaction against that,” he says. “There is a thought that craft vodka, the understated piece, could work. If you look at the US, the success of Tito’s, that’s the obvious play – it really worked on an incredible level.”

But Gates says Tito’s didn’t translate as well in the UK, suggesting the ‘handmade’ phrase no longer fits a brand of that size. He also says Texas has “more meaning as a place of provenance” in the US. “Hats off to them, they have done an amazing job – especially in the US,” he adds.

Polish vodka Kavka’s founder, Jan Woroniecki, also touches on Tito’s, suggesting the brand captured the imagination of Americans. He notes a shift in attitudes towards vodka: “Last year there was still quite a lot of inertia,” he says. “People in the bar world were still quite resistant. But over the past few months, we’ve certainly noticed readiness to accept new kinds of vodka and an understanding that the vodka market has to change and is changing.”

His own brand, which is described as “vodka with real taste, strong character and a discernible point of difference” is available in the UK as well as Poland, where he says the “young and new affluent middle classes are looking for something that is authentic, Polish and has provenance but is not really associated with the old systems”. He has also lined up distribution in France.

“More and more smaller brands will come through,” he says. “The bigger brands are suffering – of course they are never going to totally disappear – but they are worried because sales are dropping. Perhaps they will have to come up with variations or reposition themselves,” he muses.

Innovation is, of course, on the table for the big players, who have made moves into botanicals and low abv, with Diageo CEO Ivan Menezes recently remarking on the “incredible success” of 30% ABV Ketel One Botanical. Meanwhile, Simon de Beauregard, engagement director for Absolut at Pernod Ricard USA, calls out Absolut Juice – the company’s 35% ABV fruit‐flavoured offering designed for Spritzes. “Absolut is leveraging Gen Z consumers’ interest in new ways of consumption through its successful new innovation, Absolut Juice, which is targeted at new, earlier‐in‐the‐day occasions such as brunches and barbecues,” he says.

Innovation comes as the core brands continue to face a tough US market. At the end of January, Diageo released its fiscal 2020 interim results and vodka was down 1% in overall organic net sales terms. The dip was driven by the US, where the category suffered a 5% drop, owing to declines in Cîroc and Ketel One. However, outside of North America, vodka saw growth in every region.

Diageo’s Menezes added some colour on a conference call with analysts. “On Smirnoff, we are stabilising, the equity is building,” he said of the US. He added the company is easing off promotional intensity on some SKUs, but owing to the size of Smirnoff, it’s going to take time.

On Cîroc, Menezes described the brand as “still challenged” and outlined plans to cut some flavours: “We are taking some actions to reduce some of the less sustainable flavour innovations and trying to get the base more healthy,” he added. “I expect Cîroc to remain challenged in the US. It will take us over many years to get that brand stabilised in the US. It’s better outside, clearly.”

A couple of weeks after Diageo, Pernod Ricard released its half‐year results. Again, the US (which accounts for 40% of Absolut’s sales) proved challenging with revenue down 6%. Outside the US, sales were up 2%, leading to an overall decline on a par with Diageo, at ‐1%. No wonder, then, that Pernod outlined objectives for continued international development.

CEO Alexandre Ricard shared plans to “expand beyond vodka to become the natural choice of an experience‐seeking generation”. He also highlighted Absolut’s Valentine’s campaign around safe and consensual sex. De Beauregard tells The Spirits Business that the campaign “has been very well received in its first few weeks, with high levels of consumer engagement as shown by multiple social media comments”.

Elsewhere, more big players are expected to innovate around health and wellness. Earlier this year, Nielsen CGA asserted that the better‐for‐you movement will breathe new life into vodka.

“We also foresee an increase in flavoured, limited time offerings, reflecting a sharp departure from distastefully sweet offerings of the past,” Nielsen CGA said. “The new age of vodka will be infusing more natural and interesting flavours for changing palates.”

Tapping into the better‐for‐you movement, Purity launched its Purity Spritz in Denmark in February, with plans to roll the brand out to the US in May. Purity Spritz is described as a “low‐alcohol vodka with natural flavours of bergamot, grapefruit, sweet orange and botanicals”.

Purity’s Tönnesson says: “We looked at several global key trends, listened to bartenders and also asked ourselves – what is the key vision for us as a handcrafted small batch distillery?” he says. “We don’t want people to drink more, we want people to drink ultra‐premium quality spirits, independent of the type of spirit.”

Though not a low‐ABV offer, in February the Glasgow Distillery Co launched botanical vodka G52 to the UK market. Mike Hayward, co‐founder & marketing director, says the rise in popularity of gin created a large base of consumers looking to discover new flavour combinations within white spirits. “With gin at its height of popularity, we feel now is the right time to reinvigorate the vodka category and bring discerning consumers something fresh and different,” he says. G52 Botanical Vodka launched with two variants – G52 Fresh Citrus and G52 Rich Coffee.

Looking forward, Hayward believes the consumer desire for new experiences will drive innovation and experimentation within the vodka category. “We predict many more distilleries will launch vodkas with unusual flavour profiles and challenge the boundaries of the category,” he adds.

And so, the next 12 months looks set to bear innovation in three key areas: the new craft, lower‐ABV and botanical flavours. It looks like the sleeping giant of the spirits world is wide awake.