European distillers are becoming a force in whisky production. From the Nordics to Germany and Italy, SB speaks to the producers making distinct expressions that are full of the terroirs of their home.

There’s a new generation of pioneering distillers determined to put their stamp on the whisky world. While Scottish, Irish and American producers have led whisky’s growth globally, new‐world producers are also creating a buzz with innovative and captivating offerings.

Drinkers are being tempted away from their traditional drams for bottlings from other parts of Europe, notably, Italy, Denmark, Finland, Sweden, Germany and other locations that are relatively new to the whisky world. “People want to see new stuff and try everything. There is interest in finding new territories and new flavours, like in food,” says Alex Munch, co‐founder of Denmark’s Stauning Distillery.

Across mainland Europe and the Nordics, hundreds of distilleries are making whisky, with many producers investing in large expansion plans, unveiling unusual barrel finishes and strengthening their brand identities with provenance cues.

As the Scotch whisky category relaxes its regulations on cask types for maturation, it seems that now is as crucial a time as ever for the European whisky contingent to make a name for itself as a sector that can produce game‐changing expressions.

Click through the following pages for an exploration of three up-and-coming European whisky regions. 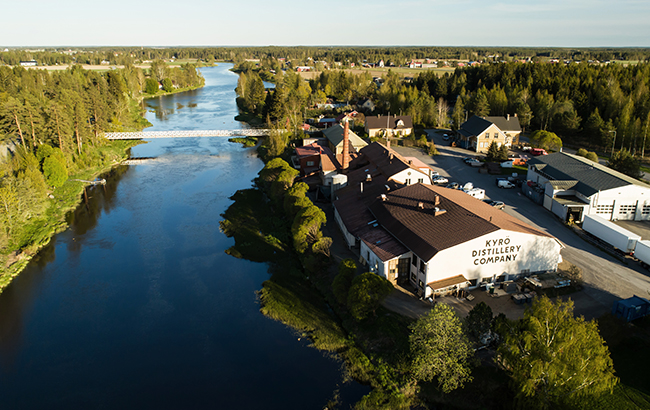 The past decade has seen the Nordic whisky scene evolve as producers in Sweden, Finland, Denmark, Norway and Iceland look beyond aquavit and vodka to show off their prowess in brown spirits. Leading the pack is Finland’s Kyrö Distillery Company, which fired up its stills in 2014 with the aim of creating Finnish rye whisky. The producer, which also makes gin, has ramped up its whisky production by building a second site in Isokyrö, which become fully operational in December 2019.

Miika Lipiäinen, co‐founder and CEO of Kyrö Distillery Company, says: “It’s very hard to say what sort of profile is going to come out of Continental Europe, the Nordics or even Finland. There’s no establishment yet.”

He adds that Kyrö aims to “shape the conversation” about European whisky. “If you look at us as being a rye‐based whisky, a Nordic whisky or a single malt whisky, which of these should be the heaviest influence? I think that’s eventually up to the consumer to decide.” For the category to grow, Lipiäinen insists there needs to be more players in the Nordics.

He also believes that as European whisky in general becomes more established, sub‐categories will begin to emerge. “I think there will be more nuanced regions or categories like European rye,” he says.

Kyrö is developing the taste profile for its whisky, “which will be centred around words like ‘big’, ‘bold’ and ‘spicy’”. Next year, Kyrö will launch its single malt whisky in bigger volumes – around 100,000 bottles globally – as well as a smoky version of its 100% rye whisky.

Danish whisky came under the spotlight recently when Jim Murray’s Whisky Bible 2020 named Thy Whisky No. 9 Bøg Single Malt as its European Whisky of the Year – the first Danish whisky to secure the accolade. Denmark’s whisky scene is being spearheaded by Stauning, a producer of peated and unpeated malt, as well as rye whisky. The distillery conducts the bulk of production on site, including floor maltings, fermentation and bottling. The stills have traditional burners underneath, which give a “more oily character to the whisky”, adds Munch. “The taste is completely different from Scotch, Irish and American styles of whisk(e)y. It’s our own style.”

Stauning has also attracted the attention of the world’s leading spirits company, Diageo, which acquired a minority stake in the producer in 2015 through its investment arm Distill Ventures. The Johnnie Walker owner invested around £50 million (US$US$64m), which allowed Stauning to expand with a new distillery in 2018. The new site will enable Stauning to produce 750,000 litres of pure alcohol annually in the next three to four years.

“We want to make a Danish whisky; we don’t want to make a Scotch whisky,” explains Munch. Stauning started producing a peated whisky “like the character of Ardbeg” but is now making use of locally grown rye to produce whisky, similar to Kyrö. “It’s natural for us to use rye,” explains Munch. “Rye is what we eat, it’s part of our life.” The first release from the new site, a limited edition rye whisky aged in Moscatel casks, launched in January 2020.

Stauning also kicked off its experimental ‘Research’ series with the launch of a 43% ABV rye white spirit with “mezcal‐like smoky flavours”, which has been created for cocktails. This year will see the distiller expand the series with a number of rye spirits aged in a variety of casks, such as Marsala, vermouth and mezcal.

Munch says there will be a new design and strategy for Stauning to showcase its locality. “We want to introduce the Nordic culture and Danish ‘hygge’ concept of design, as well as introduce food with spirits,” he says.

Munch is adamant that Danish distillers “need to find their own style”. He explains: “A lot of whisky distillers try to make a Scotch whisky, but I think as long as they do, they will probably have problems with exports.” The Nordic whisky category is “just starting up, and we’ll be established in seven or nine years,” he predicts. 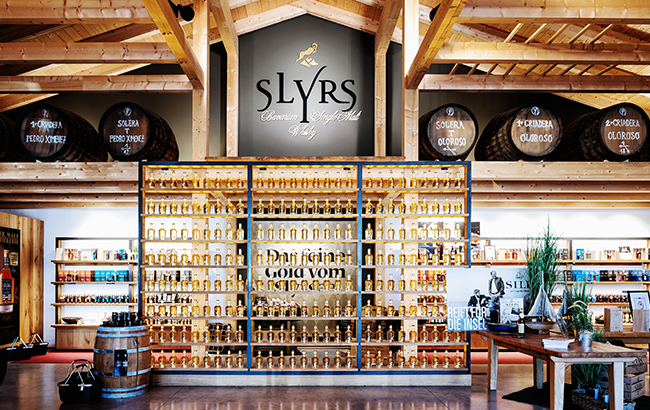 “In 1999, there was nearly no business in whisky. Now there are hundreds of distilleries. It’s a growing scene,” explains Hans Kemenater, managing director and master distiller of Slyrs Distillery in Bavaria.

Slyrs, which produces 11 whiskies, along with whisky‐based liqueurs, takes inspiration from beer to make its whisky. Last year, Slyrs launched Mountain Edition, a whisky matured in the Bavarian mountains. Taking cues from Scotland, Slyrs matured one of its whiskies on the island of Sylt, in the northern part of Germany. The resulting liquid was a peated whisky, made with local water and malted barley grown on the island. Like Stauning and Kyrö, Slyrs will also launch a rye whisky this summer.

Germany is a “big market for peated whiskies”, according to Thorsten Manus, sales representative at St Kilian Distillers in Rüdenau, Bavaria. “Most Germans like peated whiskies more than unpeated, so we wanted to do both.”

St Kilian Distillers launched its first peated malt whisky in December, made from peated malt from the Scottish Highlands. “We want to do whisky like Scottish people but with the German know‐how,” says Manus. The distillery makes whisky in two 6,000‐litre copper pot stills from Forsyths in Scotland, with the bottle design of its whiskies replicating a pot still. 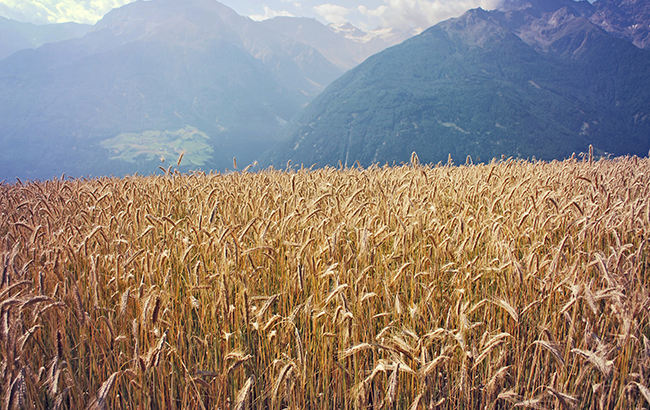 While Italy may be known for its bitter aperitivos, amaros and indulgent liqueurs, the country’s whisky scene is starting to build.

The first Italian whisky was released in 2015 by the Puni distillery in the Vinschgau Valley. This year, the site will release its first five‐year‐old whiskies with older age‐statement whiskies planned and “exciting new releases for the coming year”. The family‐owned distillery, which produces around 120,000 litres of pure alcohol annually, is already looking to expand its warehouse space to “keep up with demand”.

“For global recognition as a whisky‐producing country, Italy will certainly need more than one serious whisky producer,” claims Puni co‐founder and managing director Jonas Ebensperger. “People are intrigued by and interested in Italian whisky, even if they are sceptical at first.”

Puni is also taking its lead from Scotland by installing traditional Scottish pot stills, which have been designed and adapted to include a unique heating system that uses overheated water instead of steam to run the stills. “Temperature control is vital to the taste of the whisky,” adds Ebensperger.

Terroir is also central to flavour development, adds Ebensperger. “In our region, high up in Italy’s north, close to the Alps, we have strong seasonal changes. Hot and dry summers and humid and freezing winters. This significant change in temperature during maturation helps create a mellow and complex whisky, even after a relatively short period.”

When it comes to the Italian whisky category, Ebensperger says it is “still in its very early stages” and its “biggest challenge is to establish the category in the right way”. Citing the “positive example” of Sweden as a “whisky‐loving nation”, Ebensperger says: “There are a number of Swedish whisky makers that are making a great product that can hold up on an international stage and help to create a respected and appreciated new‐world whisky category.

“We welcome other serious producers from Italy to join our efforts in doing the same to help establish the Italian whisky category.”