How the amended Scotch rules impact the industry

Having come under pressure from producers, the Scotch Whisky Association has expanded the types of casks the liquid can be matured in. The Spirits Business discovers how the industry has reacted to the change. 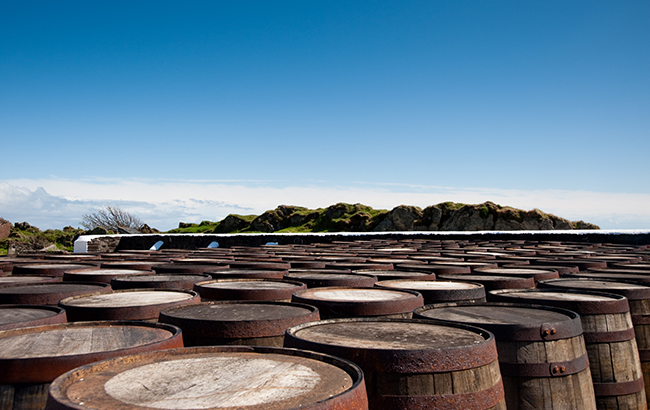 The debate over Scotch whisky’s ability to innovate in a heavily regulated environment is a perennial one. While purists have expressed concern over any changes to the rules, which they claim could damage its heritage and integrity, progressives believe the strict laws prevent distillers from competing against other world whisk(e)y sectors, which are tempting away capricious consumers.

Last month, the category made a breakthrough when the Scotch Whisky Technical File, which is used by HMRC to ensure compliance, was amended to expand the cask types that can be used in Scotch production. The proposal has been lodged with the European Commission by the UK’s Department for the Environment, Food and Rural Affairs (Defra). Specifically, the change allows Scotch to be matured in oak casks that have previously been used to age wine, beer, ale and spirits, vastly broadening the variety of casks available to distillers.

However, the rule excludes casks that have been used to mature wine, beer, ale, or spirits produced from stone fruits, or those in which fruit, flavouring or sweetening have been added after fermentation or distillation. As such, Tequila barrels are permitted, but cherry brandy barrels are not.

The regulation also states that the end product “must have the traditional colour, taste and aroma characteristics of Scotch whisky”. This means a Scotch whisky cannot be aged in a cask long enough for the primary seasoning agent to heavily affect the whisky’s traditional profile.

Alan Park, the Scotch Whisky Association’s (SWA) director of legal affairs, said at the time of the announcement: “The amendment is consistent with the continued use of all those categories of casks where there is evidence of long­-standing traditional use in the industry. But it will also create more flexibility, particularly in the range of spirits casks which can be used, subject to a number of safeguards which protect the reputation of Scotch whisky.”

The move has been broadly welcomed by industry members who have long called for more flexibility in Scotch whisky production. The issue hit the headlines last year when a story broke in The Wall Street Journal claiming Diageo, the world’s largest distiller and maker of Johnnie Walker, had assembled a “secret task force” to assess potential changes to the law. The proposal included the creation of a new sub­-category for lower-abv blended whiskies and the ability to finish Scotch in Tequila barrels.

The SWA called Diageo’s alleged proposals an “overreach”, but Karen Betts, its CEO, had previously told The Spirits Business there was scope for “more flexibility” in how the regulations are “interpreted”.

During a roundtable discussion in 2018, French firm Pernod Ricard said it held a similar view to Diageo. “We are constantly challenging the SWA because we want to innovate the industry,” Glen Brasington, marketing director – strategy, business development and services at Chivas Brothers, said at the time.

“It’s our job to innovate; our job to push the category and, certainly, we have had success. We have innovated and created products like Ballantine’s Brasil, which is a flavoured spirit drink.”

Islay distillery Bruichladdich, meanwhile, said it was “delighted to be able to experiment further”. Christy McFarlane, its communications manager, says: “The move shows a willingness to embrace change and evolve current legislation in a practical, non-disruptive manner, while opening avenues for innovation. We can only hope that this most recent development is a sign of progress which will influence other, more restricted areas of Scotch whisky regulation, particularly those we believe are not in the best interests of the consumer.

“Since our renaissance, we’ve experimented with the weird and the wonderful, and regardless of whether we can legally label these ‘single malt Scotch’, we’ll continue to be driven by intrigue rather than law.”

Cask experimentation is just one area of Scotch whisky that some producers have wanted to see open up. Bruichladdich and Compass Box are two of the voices that have called for greater transparency in the category, namely, the ability to publish the age and proportions of a whisky’s component parts. But with a spirit as rooted in history as Scotch, and one with so many stakeholders, any further potential changes will most likely not come into effect for some time.

Some companies have therefore opted to free themselves of regulatory bondage by producing innovative Scotch-­based beverages labelled as ‘spirit drinks’. Leading players Diageo and Pernod Ricard have explored the trend, and brewer­-turned-­distiller BrewDog has similarly expressed the virtues of innovating outside of the Scotch GI. “The SWA regulations were well meant, but I don’t think they have helped the industry stay as relevant as they might have done,” David Gates, managing director of the BrewDog Distilling Company, told SB earlier this year. He added: “I’d rather ask for forgiveness than permission and do the right thing for the consumer, and be transparent. As long as you’re honest about what you’re doing, who can complain? The regulations are clear, but we are not members of the SWA.”

Now, Gates sees the legal amendment as a positive step, but says the move won’t affect his team. “It’s great that the SWA are beginning to relax some of their regulations. We embrace anything that encourages modernisation and innovation in the pursuit of amazing flavour. [But] we weren’t paying too much attention to the SWA regulations anyway, so these changes make little impact.

“The amended rule was clearly driven by the big corporate paymasters of the SWA so we would imagine that they have some cask-finishing ideas up their sleeves.”

Whether that’s true or not, distillers of all sizes now have the opportunity to push ahead with potentially game­-changing products to rival other spirits sectors. And, for the consumer, a host of new taste experiences lie ahead.