With the UK’s withdrawal from the EU looming, Scotland bringing in minimum unit pricing, and duty on spirits remaining high, can the new chief executive of the Scotch Whisky Association beat the odds and guarantee success?

When former diplomat Karen Betts became the first female chief executive of the Scotch Whisky Association (SWA) in March last year, the industry was in the throes of considerable change. Distillers searched for stability and clarity as Brexit loomed, and a protracted legal battle against Scotland’s plans for minimum unit pricing waged in the courts. These political challenges were compounded by more anecdotal ones: as the popularity of American, Irish and other world whiskies grew, Scotch whisky was, and continues to be, confronted by questions over its ability to retain market share.

But it’s certainly not all doom and gloom: in 2016, the industry rebounded from years of stagnant or declining export sales to reach £4 billion (US$5.3bn) – up by 4% on 2015. It was also a landmark year for single malts, which surpassed £1bn in export sales for the first time. As economic headwinds and political uncertainty in some emerging markets waned, the first half of 2017 also proved fruitful for Scotch: exports increased by 3.4% to reach £1.8bn. The volume of Scotch shipped overseas, however, was down by 2% to 528m bottles, perhaps reflecting the greater success of single malts compared with blends.

Betts, previously the British ambassador to Morocco, describes her first six months in the role as a “complete immersion into what Scotch is, what its challenges are and what its opportunities are”. She took over from David Frost, who left the SWA after three years as its chief executive to become advisor to foreign secretary Boris Johnson. Similar to Frost, Betts’ career has largely been based in the civil service. A trained lawyer, Betts spent 16 years with the UK Foreign & Commonwealth Office, where she held posts including counsellor to the British Embassy in Washington.

“To be able to come and work for one of Scotland’s most important industries at a time of real change seemed like a very appealing challenge,” says Betts. “My key priorities as the new chief executive are pretty much the same as any new chief executive going into any organisation they don’t really know. Your priorities are to get to know the organisation, to get to know the members, and to get to know the issues.” However, Betts was given some concrete direction from the SWA’s council, which asked her to write a new three-­year strategy for the group. The dossier has not yet been finalised, but Betts notes that it actually covers a five-­year period, in order to pay more attention to the effects of Brexit.

“Brexit is going to be a bit of a preoccupation for at least the next three years,” she says. “Leaving the European Union means going through some sort of transition period, until we know what the future trading arrangements for the UK are going to be, both with the EU and also with other countries around the world.” For Betts, the UK’s departure from the EU in March 2019 will undoubtedly create some difficult hurdles, but the industry can look to its successful history of exporting for comfort. “Our members are confident that demand will remain in place, and, indeed, we would like to see that grow through the next three, five, 10 years. While there are a lot of challenges, our companies are quite tough in export terms.” 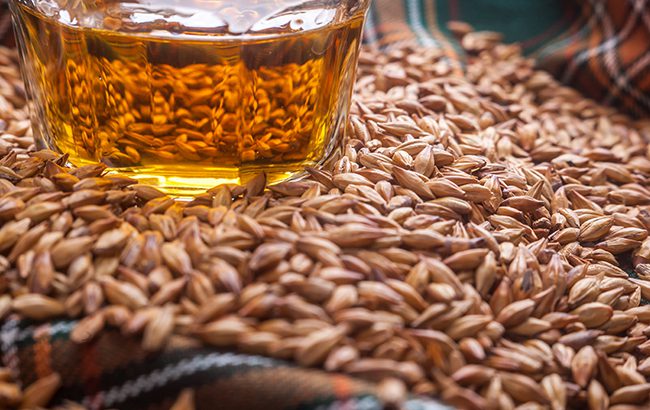 Betts also spies an opportunity with Brexit. She says that while the SWA was pleased by the UK’s recent duty freeze – particularly following a 3.9% rise in March – the repatriation of laws that band the country’s excise system could lead to a fairer deal for Scotch. “Duty remains very high on spirits: 80% of the cost of an average priced bottle of Scotch is duty and VAT that goes to the Treasury, and that is a very high tax rate,” stresses Betts. “I think in the UK we pay double the average amount of tax on spirits compared with any European country. So yes, it was great to get a freeze in the autumn Budget, but I think we will be having a further conversation with the Treasury about longer-­term reform of the excise system, and Brexit is an opportunity in that way.” Just last month, the Institute for Fiscal Studies released a briefing note calling the UK alcohol duty system “chaotic” and said an overhaul was “overdue”.

According to Betts, tax is “one part of the picture” of opportunity presented by Brexit, which gives the Scotch industry a platform to have a “broader conversation” with the Scottish and UK governments about its regulatory environment.

“All of the laws and legislation that govern the industry are about to be repatriated to the UK one way or the other,” she adds. “So it does present us with an opportunity to look at how some of those rules and regulations work for us, and to see whether the environment could support us better into the future.”

Looking outside of the UK, Scotch producers recently praised China’s decision to half import tariffs, from 10%­5%. Exports to the market rebounded in the first six months of 2017, up by a massive 45% to £27m.

“This reflects buoyancy in [China’s] economy and a growing middle class,” observes Betts. “What we tend to see across all of the emerging markets is, as the middle class grows, tariffs come down and Scotch becomes more affordable.”

Emerging markets are viewed as hallowed ground by Scotch stakeholders, and for the SWA, India is a key target. Despite its eye-watering 150% import tariff, the country is the third-­biggest export market for Scotch in terms of volume, and the 10th-­biggest in value. Furthermore, Scotch makes up only 1% of the foreign imported spirits market in India, showing its “enormous potential”, says Betts. Again, Brexit could allow the industry to capitalise on this.

“We are quite excited about the prospect of the UK Government, once we leave the EU, being able to negotiate a bilateral free trade agreement with India, because we think that could start to open up the market more to us,” adds Betts. “Having said that, we are old hands at trade negotiations and we know that they take a long time, so we will continue to work to bring down the 150% import tariff in India.” She says the SWA will work with the Indian whisky industry, which imports significant volumes of Scotch to bottle locally, to lobby for lower tariffs.

One fight the association recently lost was against the implementation of minimum unit pricing (MUP) in Scotland. In November, the UK’s Supreme Court rejected the SWA’s challenge against MUP, stating that the legislation does not contravene EU law and is a “proportionate means of achieving a legitimate aim”. The SWA and other trade associations questioned whether it would be legal under EU law to implement MUP “where there are less restrictive ways of achieving the same end”. Furthermore, the group said the legislation would not be effective in tackling harmful drinking.

“We took the litigation on MUP for trade reasons,” says Betts. “The SWA and the Scotch whisky industry has a long­-established history of working for trade liberalisation around the world. That’s one of the reasons why Scotch has been so successful. We have fought in a number of markets for a number of years to take down trade barriers, and our concern with MUP was that it could raise a trade barrier that could set a precedent in markets overseas and damage our ability to trade as successfully as we have been able to over the years.” However, the SWA “absolutely accepts” the Supreme Court’s decision, adds Betts, and will now “work constructively with the Scottish Government on its implementation”.

Another potential area of change, the chief executive says, could be how the Scotch whisky regulations themselves are viewed. As consumer thirst for innovation grows and as Scotch faces cross­-category competition from American, Irish and other world whiskies, commentators have suggested that the industry’s laws need modifying. In 2016, bottler and blender Compass Box even launched a campaign calling for greater transparency in the industry after it was reprimanded for revealing the proportional age components of two of its whiskies.

“I always say Scotch has been such a successful export because we have protected the category so successfully, because as soon as you start to export a good thing, somebody else is going to want to copy it, produce it more cheaply and sell it under the same name,” says Betts. “And so our intellectual property protection has really protected the value of the category over the years, and it remains very important.”

However, Betts believes there is scope “to look at whether – not so much the regulations are right – but the way in which it is interpreted and the guidance that we produce around it”.

She adds: “It may be that there is more flexibility in that than we have already taken advantage of, and it may be that there’s space for some things to change.” Betts notes that since Scotch whisky regulations are enshrined in law, any amendments would need to be agreed by the industry, the SWA board, and the government.

For the Scotch whisky industry, the world will undoubtedly become even more complex in 2018 and beyond, but Betts is “confident our companies will get through Brexit and out the other side in growth”.