A female-inspired Johnnie Walker bottle, the ‘world’s oldest’ Irish single malt and a rum finished in smoky whisky casks are name-checked in our round-up of last month’s headline-grabbing spirits launches.

In February, Fusion Whisky unveiled a Dutch-Scotch blend inspired by Elizabeth Stuart, the Queen of Bohemia, while Diageo caused controversy with the launch of a female-inspired iteration of its Johnnie Walker Black Label bottle, called The Jane Walker Edition.

Havana Club unveiled a whisky cask-finished rum as part of its annual Tributo Collection, and Glendalough Distillery launched what it claims is the first Irish whiskey finished in Japanese mizunara oak.

Click through the following pages to explore our full round-up of top spirits launches in February.

Which new spirits products caught your eye last month? If we’ve missed your favourite, let us know in the comments below. 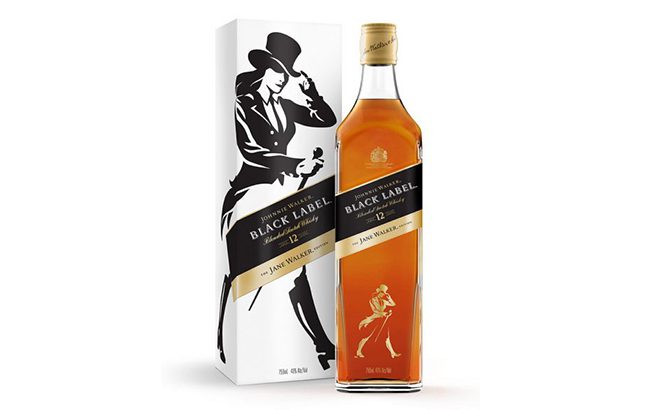 The controversial product is the latest move by Diageo to promote gender equality and will be available across the US.

Rumours over the launch started in January when Diageo submitted a trademark application to the United States Patent and Trademark Office for The Jane Walker Edition. 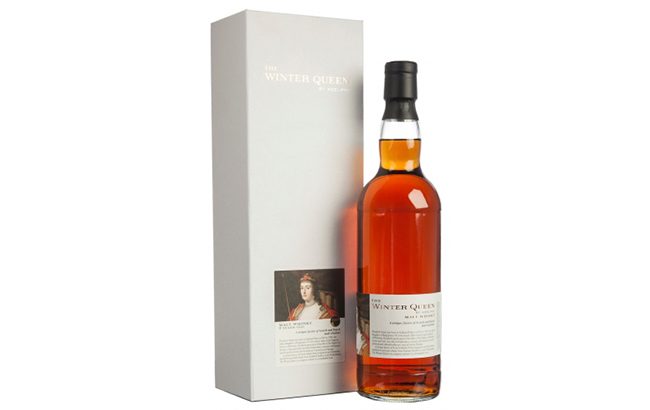 Edinburgh-based Fusion Whisky’s new expression is made using Scotch from the Longmorn and Glenrothes distilleries and malt whisky from Dutch distillery Zuidam.

The new whisky was created to honour Fife-born Elizabeth Stuart, the eldest daughter of King James VI and Queen Anne of Denmark.

She became known as the Winter Queen after marrying Elector Palatine Frederick V, who served as King of Bohemia for one winter in the 1600s. 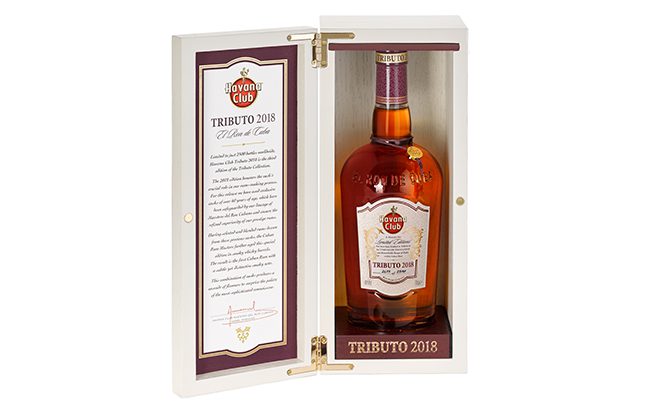 Last month, Pernod Ricard extended its Havana Club Tributo Collection with the release of a 2018 edition.

Havana Club Tributo 2018 has been crafted from blended rums drawn from 60-year-old casks and part-finished in barrels that had previously held smoky malts.

It was launched at the Cigar Habanos Festival in Cuba last month, with a limited allocation of 2,500 bottles globally. 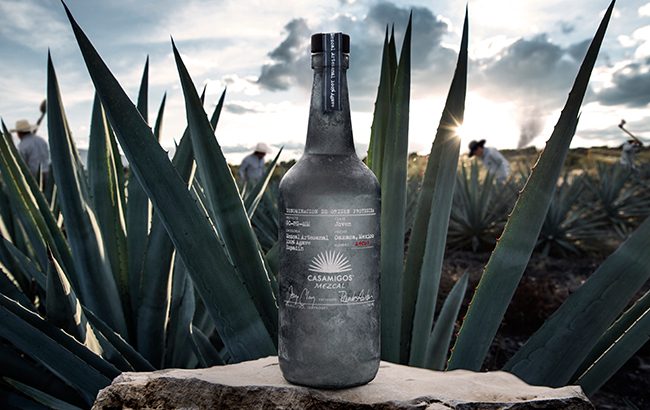 Diageo extended its newly acquired Casamigos Tequila brand with the launch of a mezcal, crafted from 100% espadin agave and bottled at 40% abv.

The un-aged mezcal is made in small palenques (or meeting places), where piñas are split and laid to cook for four to six days in six-tonne earthen pits lined with volcanic rocks heated by an oak wood fire.

Casamigos Tequila, which was founded by George Clooney, Rande Gerber and Mike Meldman in 2013, was sold to Diageo last year in a deal worth up to US$1 billion. 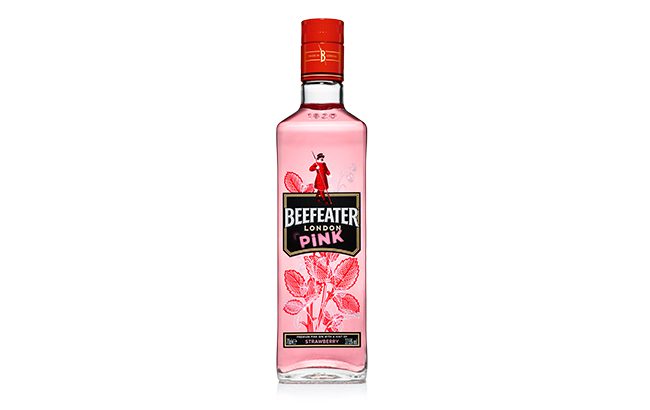 Last month saw Beefeater join the pink army with the unveiling of a pink variation of its Beefeater gin.

Beefeater Pink has been created by master distiller Desmond Payne MBE and is based on the traditional Beefeater London Dry gin expression. Its pink hue comes from the addition of strawberries to complement the “classic” Beefeater citrus and juniper flavours.

Bottled at 37.5% abv, you won’t have to wait long for this pink gin, which will launch in the UK and Spain in April, before rolling out to at least 12 markets globally this summer. 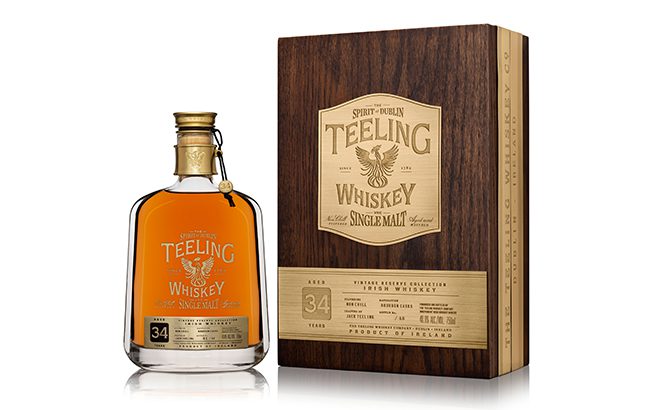 The Teeling Whiskey Company unveiled a 34-year-old whiskey in the US last month – thought to be the oldest Irish single malt in the world.

First distilled in 1983, the expression has been aged in ex-American oak Bourbon barrels and bottled at 40.9% abv. 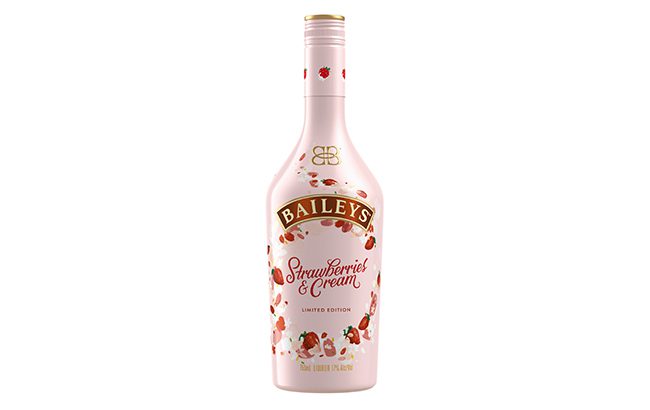 Baileys Strawberry & Cream is described as combining a ripe strawberry flavour with the “luxurious taste” of Irish cream found in Baileys.

Bottled at 17% abv, the expression is recommended served over ice or added to dessert recipes, such as strawberry shortcake. 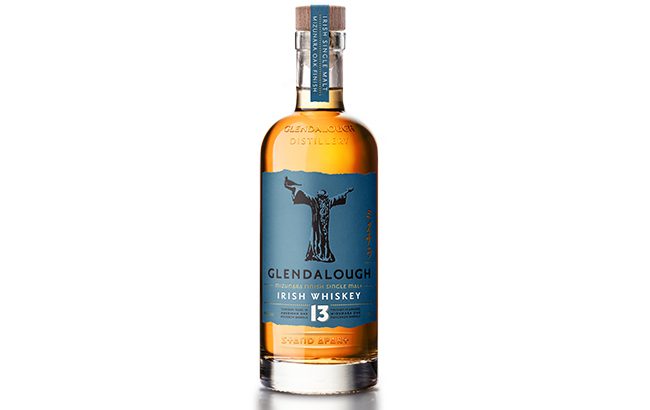 Glendalough Distillery is set to launch what it claims is the first Irish whiskey finished in Japanese mizunara oak: Glendalough 13 Year Old.

The single malt expression spent 13 years in ex-Bourbon barrels, before being finished in mizunara oak casks. It is bottled at 46% abv and is said to have notes of sandalwood, honey and citrus.

The 13-year-old is one of a trio of new whiskeys due to be released by Glendalough this year. 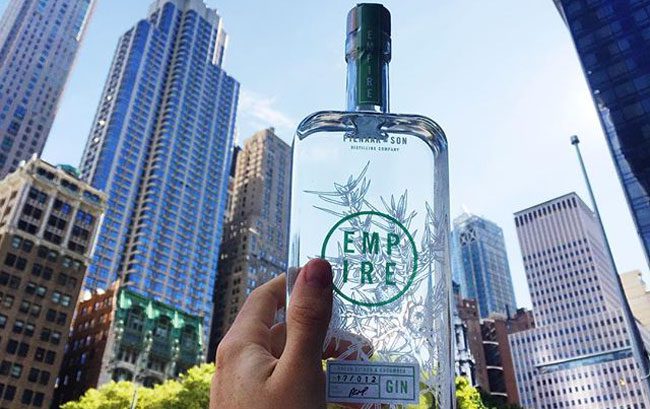 South African distillery Pienaar & Son unveiled an 80% abv gin, called the Drought Edition Gin, as a result of dramatically reduces its use of water in production.

The new release is thought to be the world’s strongest gin and takes the title from Scotland’s Twin River Distillery, which recently unveiled a 77% abv expression. 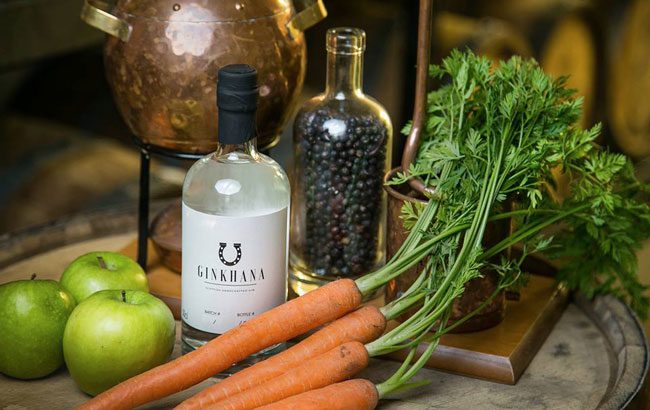 Founded by keen horse rider David Lawson, Ginkhana was developed in partnership with the Twin River Distillery and took its name from a pageantry and exhibition field day event, called the Gymkhana.

The Aberdeen-based brand described its first expression as a “local spirit with an equestrian twist”.