Latin American spirits could ‘sit alongside rum and Tequila’

While they may be popular in Latin America, pisco, cachaça and aguardiente brands are looking further afield in a bid to break out of their home countries. Claire Dodd speaks to industry experts about how the categories can go global. 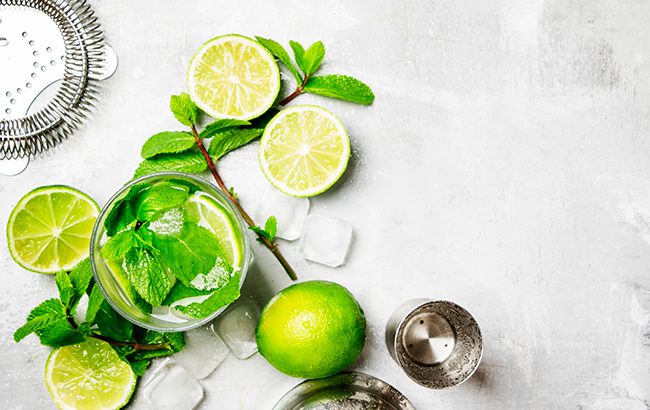 We constantly see people tip pisco as the next thing to explode [internationally],” says Pisco El Gobernador brand ambassador and leading bartender Chris Dennis. “But that’s incredibly hard to quantify. We produce about 20,000 nine-­litre cases and about 17,000 of them stay in Chile. That tells you how it’s viewed as a drink there, compared with internationally.”

When it comes to drink, it seems the patriotic producers of Latin America just don’t want to share. Local spirits from the region, such as pisco, cachaça, brandies and aguardiente have a long­-established and loyal fanbase in their home nations, where the drinks are engrained in the culture. But backed by new product innovations, and buoyed by demand for authentic, craft-­produced spirits, and an influx of tourism in recent years, a number of brands are making a convincing play for international sales. And with consumers now clued up on craft, and actively seeking out high-­quality and authentic regional products, could now be their time?

When it comes to categories such as pisco and cachaça, though – as Dennis points out – that could be a line you’re tired of hearing. So what’s different now? We’re talking this up again, right? The numbers suggest not, though there are caveats. According to our recent Brand Champions report on the fastest-­growing spirits brands in June, Aguardiente Antioqueño saw the fastest growth in 2017 in the regional specialities category, after an incredible 43.71% boost from last year to 3.57m nine-­litre case sales. However, owner Fábrica de Alcoholes y Licores de Antioquia may not be celebrating just yet. Though the sugar cane­-made spirit is the best-­selling aguardiente in Colombia, it is yet to repeat its glory days of 2012, when the brand sold 4.37m cases.

And Brazilian cachaça Pitú took the Regional Speciality Spirits Brand Champion 2017 title in our recent report. The brand is one of the world’s best­ selling regional speciality spirits brands. And despite an economic depression, it has managed to sustain impressive domestic sales. But what of the international market? Do consumers worldwide have room for hitherto niche Latin American spirits in their repertoire?

“We’re not just selling a product, we’re trying to export the identity of our culture,” says Diego Silva Prieto, export manager at Compañía Pisquera de Chile, producer of Mistral pisco. Launched 20 years ago, the brand has always focused on the premium end of the market and has concentrated on innovation in recent years to capture the attention of younger domestic consumers, who are embracing aspirational products. The portfolio includes Pisco Mistral Nobel, aged for three years in ex­Bourbon barrels, and a pisco aged for 10 years, as part of a quest to create the world’s longest­-aged pisco.

It may be the top pisco brand in Chile, but it has set its sights internationally. Last year it sold 1.33m nine-­litre cases, but, as with other brands in our focus, the vast majority of sales were domestic.

“Over the past four years we have started a really strong export strategy to develop pisco in other countries,” says Silva Prieto. Mistral’s priority markets are Argentina, key for cracking South America, and the cocktail hub of the US (particularly New York, Chicago, Boston and California). “Our idea was to build the Pisco category from the on-­premise, by working with the most trendy bars and hotels, particularly as part of the first stage.”

Silva Prieto confirms the brand has a presence in Argentina, Australia, China, Colombia, Croatia, the Czech Republic, France, New Zealand, Russia and Spain. Later this year it will make its debut in the UK. Silva Prieto says further new products are on the way.

Indeed, outside of the US and Argentina, the UK is being viewed as a potential key market by many. Ignacio Fernández is the director of ProChile, London, which works to promote Chilean exports to the UK. The organisation has been working to introduce brands to UK importers and distributors, partnering with mixologists and drinks experts such as Glen Hooper and Ian Wisniewski to arrange annual masterclasses for bartenders and the trade, and promoting to consumers through dinners and masterclasses, including last month’s Pisco Disco event in London’s Burlock bar.

“The millennial generation is yet to find their ‘drink’,” says Fernández. “Vodka and gin have already been adopted by other generations, and there’s a gap in the market for a young, curious and open­minded audience to embrace new spirits and interact with lesser-­known brands. That’s not to say, of course, that pisco couldn’t and shouldn’t be enjoyed by people of all ages.”

It seems to be working. Today there are six Chilean pisco companies exporting to the UK (Aba, Waqar, Kappa, El Gobernador, Capel, Bauzá) compared with just one company in 2010. In 2010 sales of Chilean exports to the UK amounted to US$21,000, in 2017 they reached US$97,000. Despite the pisco market in the UK being small, it is one of the biggest outside of the Americas and the largest in Europe. “We believe there is a gap in the market for a new and exciting Latin American spirit to sit alongside rum and Tequila,” adds Fernández. But is that drink pisco?

Diageo also believes there’s room in the international market for another Latin American spirit. But it is betting on cachaça. A focus on all things Brazilian in recent years, following the FIFA World Cup and the Olympics, has certainly boosted the profile of the spirit.

In the domestic market, it’s fair to say Diageo’s cachaça is playing a vital role in the company’s fortunes. As the Brand Champions 2017 highlighted, Diageo-­owned Ypióca was the only million­-case­-selling cachaça brand to post volume declines for the second year running, down by 2.04%. In July last year, the group issued an impairment charge on the brand totalling £118m. But in Paraguay, Uruguay, and Brazil (PUB), total net sales of Diageo grew by 4% in the last fiscal year, with the Ypióca brand growing sales by 5% in Brazil alone. And that may be down to a number of recent investments.

In the past 18 months, the company has launched three new products: Ypióca 5 Chaves; Ypióca Honey & Lime; and Ypióca FogoSanto. Alvaro Garcia, marketing director for the PUB region at Diageo, says: “Those new products have an important role to leverage and renew the cachaça category as a whole. The cachaça-category performance has been flat over the past few years, but showed a tendency of slight growth in the first quarter of the year. When we look to the domestic market, we see a slow but consistent growth of consumers valuing different experiences and quality. That’s exactly why Ypióca has benefited.

“Internationally, we have been working to raise the awareness about the cachaça category – still very new to foreign consumers. Ypióca is present in approximately 40 countries and our plan is to strengthen the cachaça business in those markets and to raise the category internationally. As Brazil’s one and only national spirit, cachaça is part of the country’s heritage and identity, and deserves to be valued as an icon at national and international levels.”

So maybe the key to international expansion is continued education. And if it’s a slow burn to reach consumers, then that’s fine. Indeed, education is a concern for other cachaça brands, such as Zeca de Matos. Launched in 2015 by Austin Matos, the brand is seeking to emulate ‘craft’ gin’s success in making its origins a key part of its own story and highlighting the versatility of cachaça beyond the Caipirinha. Sometimes, tradition is there to be challenged. That’s a viewpoint shared by Chris Dennis, who has been developing serves for Pisco El Gobernador that go beyond the Sour. In its home market, a simple long serve with ginger beer is predominant.

“I’ve been trying to push other drinks using pisco, such as Martini serves and long Highball drinks, but the thing about the Sour is it’s delicious,” he says. “There’s a reason it’s stood the test of time. But I’m now seeing more creativity around the spirit. Pisco is a tradition and a way of life. It’s important to take an old category and breathe some fresh air into it. But it is a growing category. There is a sense that people are much more ready to try interesting things.”