Jägermeister may be infamous as a party drink, thanks to the success of Jägerbombs, but there’s much more to the brand than that. The Spirits Business traces its fascinating story.

Five Jägerbombs before midnight!!!’ tweeted an ecstatic Rory McIlroy on a night out celebrating Europe’s victory in the Ryder Cup in 2010. But this fiendish mix of Jägermeister and Red Bull had the last laugh.

‘Jägerbombs 1 Rory 0’ was the morning­after tweet. Of course, the ‘bomb’ is but a chapter in the story of this strange yet phenomenally successful German liqueur that was created by Curt Mast in 1934. Working at the family wine and spirits business in Wolfenbüttel, in Lower Saxony, he created his secret potion from 56 herbs, fruits, roots and spices, which are, to this day, steeped in alcohol and water, and aged for a year in oak. Jägermeister does not contain elk’s blood, and nor is it “wrung from the carpets of Satan’s own Wetherspoon’s,” to quote a spoof advert by skithub.com.

Today only a handful of people know the recipe, and Wolfgang Moeller, global brand marketing director at Mast­Jägermeister SE, isn’t one of them. He calls it “one of the most complex spirits in the world”. “From the get­go the brand had a very social heritage,” he adds. “As you can see from the stag on the logo, it’s dedicated to the hunter.”

Jägermeister translates as ‘hunting master’. It was Germany’s answer to Fernet Branca – an after­-dinner digestivo to settle the stomach, with medicinal overtones similar to other herbal liqueurs. “The key driver was not so much the drinking occasion,” says Moeller, “it was more the social aspect as a team spirit.”

It remained a domestic brand with some exports to neighbouring markets such as Austria, Switzerland and Denmark, and had “a slightly older demographic,” concedes Moeller. “But that all changed in the 1970s when we opened up more to younger consumers.” In 1972, Jägermeister got its name splashed across the strip of German football team Eintracht Braunschweig FC, and began sponsoring motor racing. That same year, a certain Sidney Frank started his drinks importing business in the States with just his brother and a secretary.

Sadly, Frank is no longer with us to explain quite what he saw in the herbal elixir. It had a gothic brand­-name complete with an umlaut, it was consumed by elderly Americans of German descent, and it tasted like nothing else on earth. “I was looking for anything that had a niche,” he told Inc magazine in 2005, a year before he died. Jägermeister had US distribution except in Maryland and Florida, which Frank persuaded the brand’s president to let him have. Before long he had secured the whole of the US.

The first break was when a Baton Rouge newspaper told its readers that Jägermeister was instant Valium. The story went viral thanks to countless printed copies – this being a pre­-internet age – and “sales went from 10 cases a month to a 1,000,” claimed Frank in his Inc interview. He then explained the inspiration behind his real masterstroke: “I noticed that one girl I had in California would go to 80 tables in a room and say, ‘Open your mouth. Would you like a Jägermeister?’ And 80% of ‘em said yes.” This spawned the Jägerettes, who wore fishnet tights, a holster full of shots, and a big smile. With 900 Jägerettes in action by 2005, in addition to 300 Jägerdudes, US college kids didn’t stand a chance, and global sales took off. By 2016 they reached 7.1 million cases – around 25% of them in the USA.

Moeller never met Sidney Frank, but feels he shared the brand’s ethos of ‘irreverent perfectionism’. This perfectionism refers to the spirit’s complexity and that German obsession with detail. Meanwhile, the irreverence stems from being “a product that did not fit into any known category, so it was an open playing field,” Moeller says. He adds that in terms of taste: “It is challenging, but it’s very harmonious and balanced. Jägermeister has always stood for something. It’s not a ‘love it or hate it’ brand, but it’s not forgettable.”

There has always been a ‘rights of passage’ element among consumers with regards to their first shot of Jägermeister, or a Jägerbomb. The latter has never been promoted by the company bosses, who could only watch powerless from the sidelines, praying their brand didn’t bomb if the craze ended. Moeller is unperturbed, and says: “We always knew the strength of the product, and we knew it was not easily replaceable. Of course, the Jägerbomb supported our international growth, but we didn’t depend on it. Sometimes these things happen and we’re lucky it happened to us, but we were aware it was not just about riding the wave.”

Another Sidney Frank innovation was the ice-­cold tap machine, in the early 1990s. As well as delivering the perfect ­18°C shot, it brought the brand centre stage in bars and clubs. The machine remains a key focus for parent company Mast-Jägermeister, which bought the Sidney Frank Importing Co in 2015. “We now independently manage our three largest markets – the US, UK and Germany,” says Moeller.

Meanwhile, the marketing has evolved from Rudi and Ralph – a pair of animated stags that took over German TV in 2002 – to the current ‘Be the Meister’ campaign in the US, which is heading to the UK next year. “It’s about bringing to life our German heritage and that sense of striving for perfection,” says Moeller. “It’s to inspire people that if you master your craft you can do your own thing; it refers back to all the effort and craftsmanship that goes into the product.” Add in this year’s launch of Jägermeister Manifest – the world’s first super-­premium herbal liqueur – and a repositioning effort becomes clear. With a craft spirit vibe and a premium extension to boot, it all seems a long way from McIlroy’s night of shame.

Click through the following pages to see the timeline of Jägermeister’s brand history. 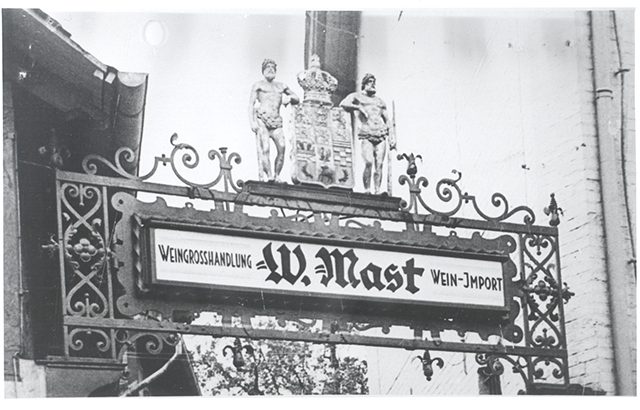 1878 Wilhelm Mast establishes the firm in Wolfenbüttel to produce vinegar 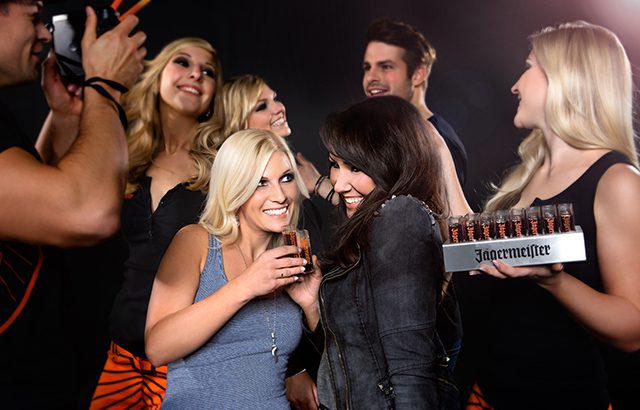 1975 Sidney Frank places his first order of 2,400 cases of Jägermeister in the States

1980s The Jägerettes and Jägerdudes are unleashed on an unsuspecting America 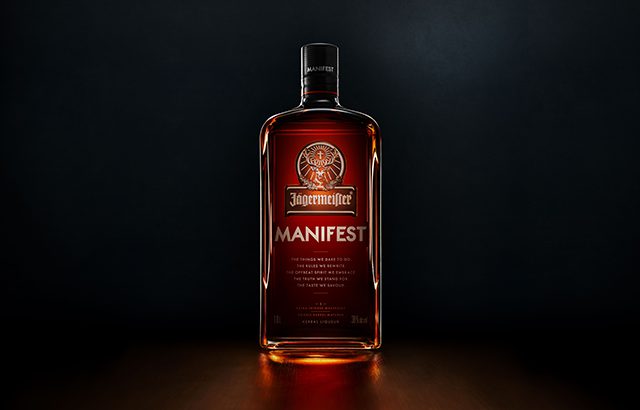 2017 The ‘Be the Meister’ campaign is launched in the US, along with the super-premium Jägermeister Manifest