This month, BarChick takes a look through the grey facade of São Paulo to find cocktail delights in a city growing evermore proud of its pours.

São Paulo is a sprawling megalopolis of infinite grey and endless concrete. What Brazil’s first city lacks in looks, however, it more than makes up for in food, drinks and good times. The young, cool, cosmopolitan crowd likes to work hard and play hard, and it’s this well-travelled set, with money in their pockets, who are pushing the city’s bars to innovate and think creatively. The way to do that, it seems, has been to make use of the best products the country has to offer, right on their doorstep.

Like many experiences in Brazil, traditionally São Paulo’s bar culture has been a choice of extremes. Drinking can either be done in neighbourhood botecos, where patrons spill out onto the streets drinking ice-cold chopp (draft beer) and Caipirinhas, or at chi-chi hotel-style bars, where the vibe is formal, the drinks over-the-top and the bill beyond belief. Over the last 10 years the only real middle ground was a handful of surreptitious speakeasies. Full of character and with a focus on cocktails, they rewarded those who took the time to look for them.

Now, however, the city’s latest crop of bars is emerging from the underground and are setting up shop at street level. On the menu at these places is good quality, locally-sourced ingredients. Typical Brazilian flavours, from fruits and roots and spices through to artisanal batches of the country’s homespun sugarcane spirit, cachaça, are on offer. They are being used to invigorate old favourites, like the Caipirinha, and to create tasty new cocktails too. Brazil has not escaped the economic strife which has blighted much of the world, and in times of uncertainty people return to their roots. São Paulo, with pride in its talent and resources, is no exception.

Take Yaguara cachaça, for example. Relatively new on the market, it is a small-batch, blended, organic, white cachaça that is produced by the fifth generation of a family of cachaça-makers. By mixing a white cachaça with a six-year-old expression it has a smoothness that makes it a suitable base for more traditional cocktails, as well as to drink on its own. The brand runs cocktail bars at events like São Paulo Fashion Week and the White Cube Brazil to introduce committed vodka or Champagne drinkers to the possibilities of cachaça.

“There has been a slight prejudice against cachaça,” says co-owner, Thyrso Camargo. “People are very familiar with it but they don’t necessarily know about the actual process and how good the spirit can be.” Now, it seems, that is changing.

“I’m seeing people have more pride in being Brazilian and using Brazilian ingredients,” Camargo explains. “And cachaça fits into that perfectly.”

A turn towards the artisanal is being reflected elsewhere in São Paulo. Bars are shunning the manufactured and mass-produced and are instead putting love and attention into making their own ingredients. Places such as BOS BBQ and La Maison est Tombée serve their own bitters and infusions in their top-notch cocktails. Think horseradish-infused vodka, blackberry brandy or grapefruit and orange bitters. At BOS even the ginger ale is homemade. “I think the ordinary can be fantastic,” explains Gustavo Bottino, co-owner and self-confessed cocktail geek. “That means we create something that’s of higher quality or better produced – and people are prepared to pay a premium for it.”

Even on the streets, Paulistas are finding inspiration nearby. The city centre was once a no-go area at night. Now Centro is a hotbed of arty, innovative bars. Bleak industrial buildings are lending themselves nicely to spacious watering holes, some with views out over São Paulo’s jagged skyline. And now a once fashionable hotspot from the 70s, Riviera, has recently reopened with world-class chef Alex Atala behind the stove and a killer cocktail list to boot. If you look beyond the endless sprawl of São Paulo, you will find an invigorated city, proud of all it has to offer – well, behind the bar at least.

Flick through the next few pages to discover the best bars in São Paulo. 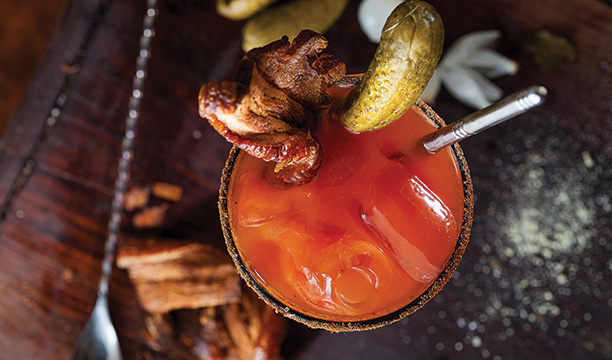 Expertly cooked, juicy, dripping, finger-licking barbecue staples are on offer here. Wash down your ribs with something sophisticated from the bar. A Corzo Holly, perhaps, made with El Jimador, strawberry, Tahiti lime, basil and balsamic. Or take on your hangover with a BOS Bloody Mary. 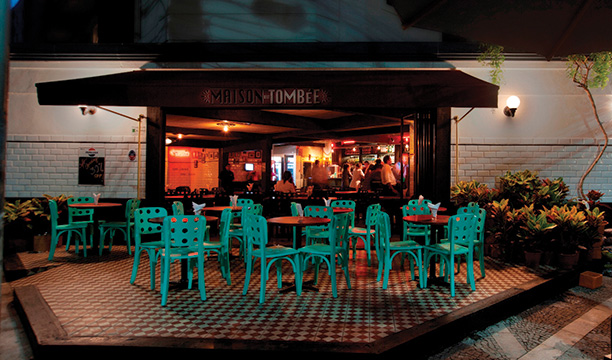 The name is a play on words – “the house has fallen”. It hasn’t, but you might if you stay too long at this joint. As an unpretentious hybrid of French and Brazilian, wholesome fare is served alongside knockout cocktails. Head mixologist Laércio Zulu, his inventions and his tantalising array of bitters will keep you satisfied, surprised and satiated long into the night. 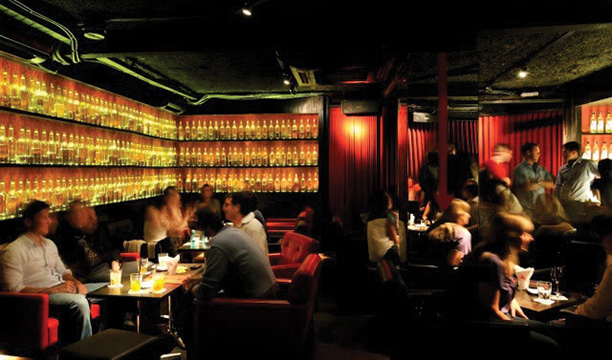 A São Paulo speakeasy stalwart, Sub Astor is small, discrete and hard to get into. Once down the stairs though, low seats and high-class cocktails await. Using science to play to your senses, expect aromas, foams, spices, and even temperature to feature. 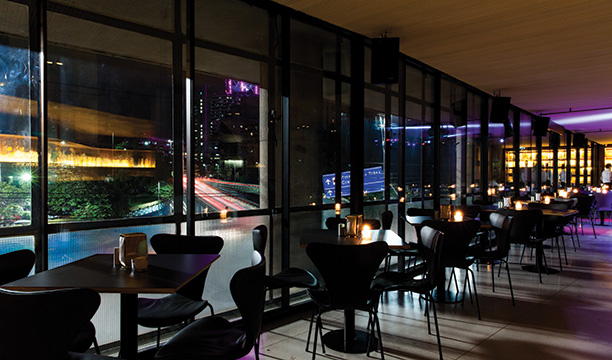 Once a refuge for São Paulo’s bohemians and intelligentsia during the country’s military dictatorship, Riviera is once again open for business. Martinis, Manhattans and Cosmopolitans are all on the menu here but opt instead for the likes of the city’s namesake, the Terra da Garoa (Land of Drizzle), with aged rum, orange, ginger, mint, lemongrass and sugarcane vinegar. 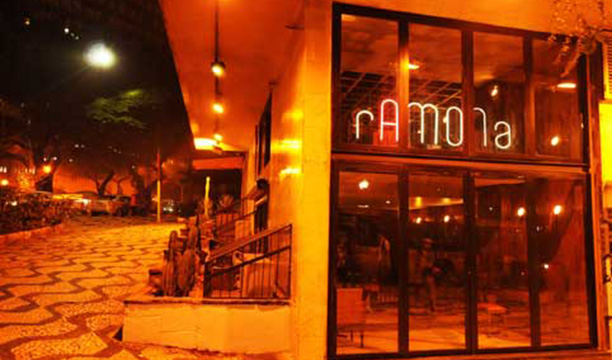 Slick and spacious on the inside, Ramona is a haven in the urban centre. With salads, fresh pasta and burgers on the menu, a decent wine list comes with symbols of small animals to help you make the right choice. Don’t overlook the cocktails though – a refined list focuses on fresh, fruity flavours. There’s a piano too, should you want to have a tinkle of the ivories.