In the penultimate instalment of our roundup of the most creative spirits launched last year, single malts, pioneering rums and terroir-focused Cognacs swipe the limelight.

Scotch whisky is a notoriously tricky spirits category in which to innovate due to the strict regulations producers must abide by. But in 2014, one 60-year-old expression shocked with its jaw-droppingly low price, while one bottler sought to educate consumers on the maturation process of the liquid.

Two rums also make appearance for their attempts to enhance the category’s premium credentials, as do gin brands which turned heads with their original choice of ingredients.

The single estate spirits trend pops up once again with Scotland’s first “farm to bottle” vodka and a Cognac which favours terroir over age.

Click through the following pages to view the penultimate instalment of our top 50 most innovative spirits launches of 2014. 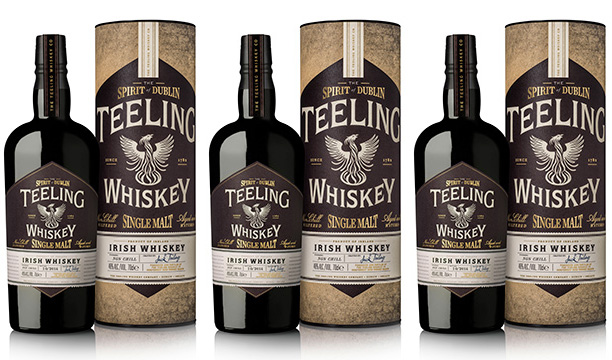 Completing its core range of whiskeys, Teeling Single Malt is created through a combination of Irish up to 23-years-old, which has been matured in Sherry, Port, Madeira, white Burgundy and Cabernet Sauvignon casks.

With an aim to “challenge existing perceptions of Irish whiskey”, the release is described as having a “bold flavour” of “dried fruit, citrus, vanilla, spice and cloves”. 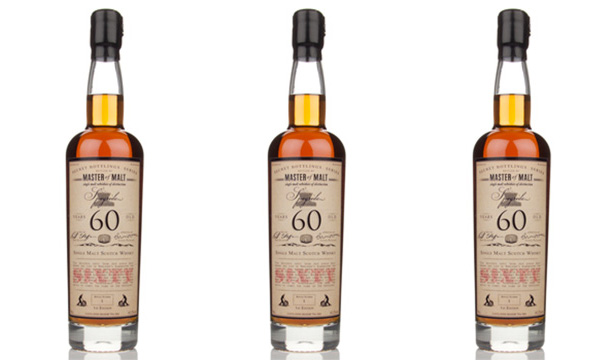 Scotch aged 60-years of age is a rare find in itself, but online retailer Master of Malt increased the shock factor when it launched a 60-year-old single malt Scotch whisky priced less than £1,000.

Created by an unnamed distillery, the Master of Malt 60 Year Old Speyside single malt was launched under the retailer’s Secret Bottlings series.

In contrast to the majority of very old whiskies on the market which are presented in luxury handcrafted bottles, the expression stands out with its decidedly unflashly packaging. Master of Malt also claimed it was able to sell the whisky at a relatively low price by not disclosing the name of the “famous” distillery from which it was sourced.

In a bid to make exclusive Scotch whisky more available to the masses, Master of Malt also launched a series of 30ml samples priced £52.93 each. 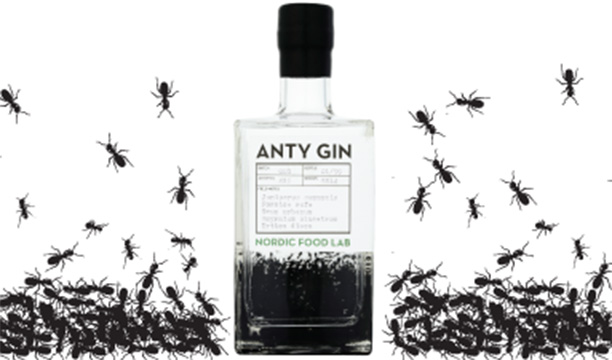 Just when you thought gin botanicals couldn’t get anymore outlandish in 2014, the creative chaps at the Cambridge Distillery teamed up with the Nordic Food Lab to launch Anty Gin – a gin distilled with real wood ants.

Containing the essence of approximately 62 critters found in large colonies all around the northern hemisphere, the gin also uses other spring time botanicals including wood avens, nettle and alexanders seed, as well as Bulgarian juniper.

Just 99 bottles of Anty Gin were launched in the UK market at an RRP of £200. 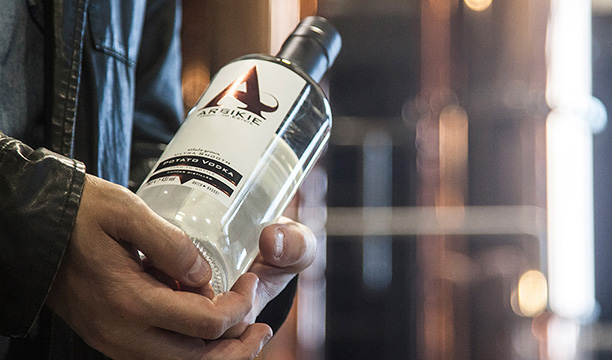 Scotland is not necessarily known for its vodka industry, while single estate spirits are virtually unheard of in the region, but one company turned heads by venturing into both categories simultaneously.

Billed as Scotland’s first single estate “farm to bottle” potato vodka, Arbikie Vodka is created by a distillery of the same name where white and brown spirits are fermented, distilled, bottled, labelled and matured on-site, and made using estate-grown ingredients.

Arbikie Vodka is the first product launched by the Arbikie Distillery – based on Arbikie Highland Estate – and is made from a blend of Maris Piper, King Edward and Cultra potatoes.

Owned by the Stirling family, the distillery champions spirits which appeal to the wine concept of terroir. 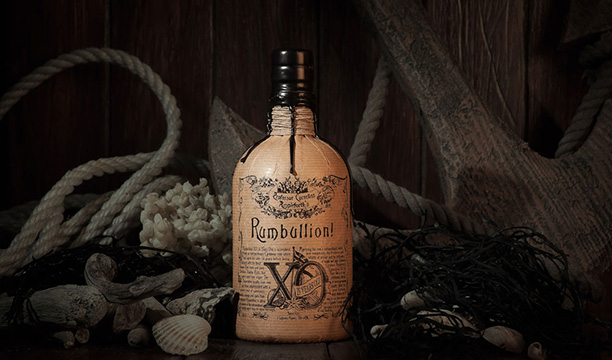 Said to be the “world’s first” super-premium spiced rum, Rumbullion! XO helped enhance the luxury credentials of the category when it launched in June last year.

A blend of Caribbean rum flavoured with cinnamon, cloves, cardamom, Madagascan vanilla and orange, it is described as “one of the most cockle-warming spiced rums on the market”. 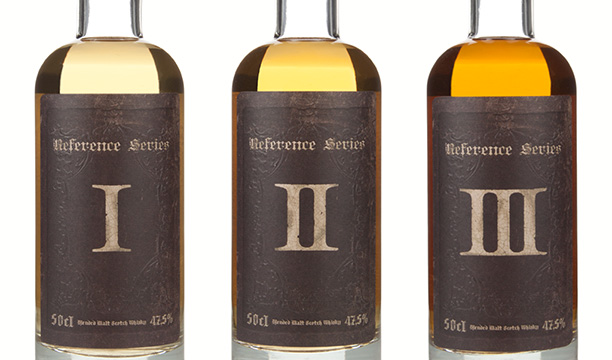 Another one from Maverick Drinks, the Reference Series is thought to be the world’s first range of “educational” Scotch whiskies.

Initially launched in April, the series now has 12 different blended bottlings which demonstrate how flavour changes as Scotch whisky matures, and how profiles differ depending on which types of barrels are used.

First, numbers I, II and III were launched in the range and were made with different levels of young and “extremely old” liquid. Later, extensions of the range were added using different types of casks for ageing and different colouring agents. 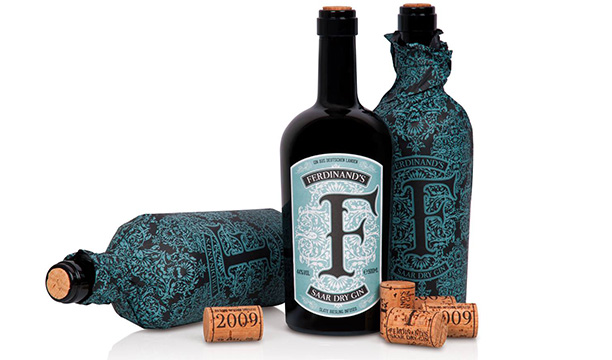 Another hybrid included in our top 50 list is Ferdinand’s Saar Dry Gin – which is infused with Riesling grapes from the slopes of the Zilliken estate on the Saarburger Rausch site in Germany.

To create the product, Ferdinand’s original Saar Dry Gin is distilled in small batches using botanicals such as juniper, lavender and ginger. This spirit then goes on to be infused with late harvest wines from the Grand VDP Saarburger Rausch. 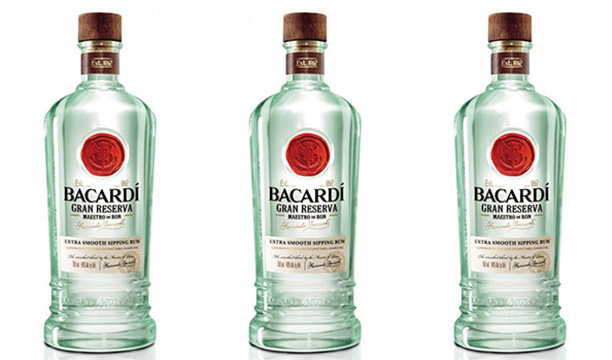 Representing a bold move by a mass-market rum brand to enter the super-premium white rum category, Bacardi launched its Gran Reserva Maestro de Ron in May 2014.

Targeted towards the rum sipper, as opposed to the cola mixers, the expression is a blend of rums aged for up to three years that have been filtered through coconut shell charcoal.

Presented in a distinctive green-tinted Bacardi bottle with wax seal and wood stopper, the product’s packaging has been designed to underpin its super-premium status.

While dark rum producers had been leading the premiumisation movement until this point, Bacardi Gran Reserva Maestro de Ron allowed white rum to take confident strides in the same direction. 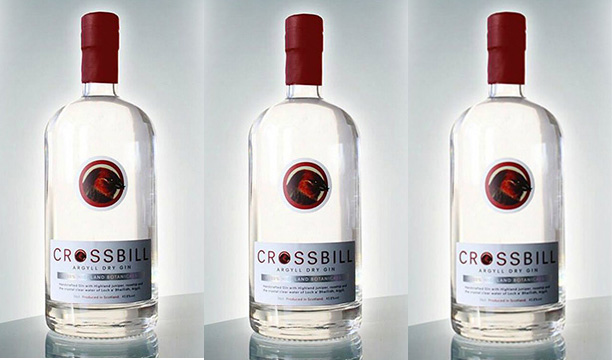 In a category which prides itself on a seemingly endless and extravagant list of ingredients, one gin producer broke the mould by creating an expression which has just two Scottish botanicals.

Crossbill Gin features just Scottish juniper and wild rosehip as its botanicals, making it the first 100% Scottish gin. It was launched as part of a bid to preserve Scotland’s diminishing juniper population. 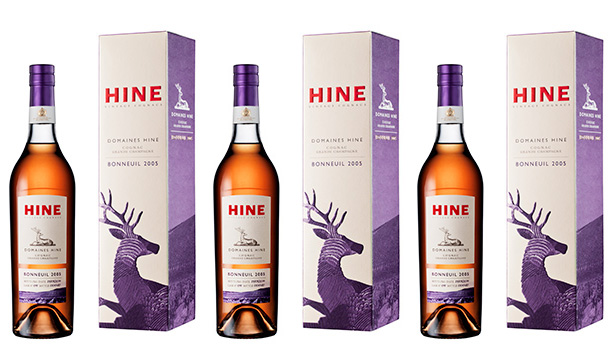 Cognac producer Hine took the innovative decision to focus on terroir rather than age with the launch of “single vineyard” expression Domaines Hine Bonneuil.

Taking inspiration from the wine world, the 2005 vintage of Domaines Hine Bonneuil is designed to express the character of both vineyard and harvest.

Sourced from the house’s 70 hectares of vineyards in the prime Grande Champagne enclave of Bonneuil, the expression is also bottled without caramel colouring.

The release is planned to be the first in a succession of vintage bottlings from the estate, but only when Hine cellarmaster Eric Forget believes the year is good enough.