Were these the biggest spirits trends of 2014?

At the start of the year, we asked a number of industry stalwarts to predict which spirits trends were destined to explode in 2014 – but were they right?

Over the past 12 months, there have been a number of trends which have made a splash in the world of spirits, meanwhile, others slid off the radar.

Stand out trends for imbibers include a boom in the craft sector, growth of lower abv drinks, a focus on provenance marketing and the continued premiumisation across the entire sector.

In January 2014, we asked some leading industry figures and friends of The Spirits Business what their predicted cocktail and bar trends were for the year ahead.

Let’s take a look at what these were and see if any of them came true. 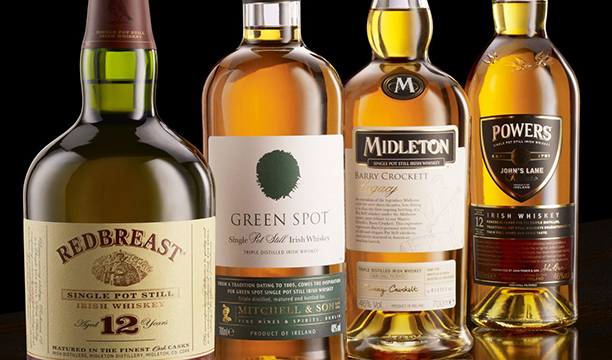 Investment continued to be pumped into Irish whiskey production in 2014, with even more planning applications for distilleries given the green light. However, sales of the spirit in Ireland – the second largest market for Irish whiskey after the US – plummeted by almost 20%.

Brendan Buckley, global innovation and category development director at Irish Distillers, said: “We are anticipating that the Irish whiskey category will continue to grow at double digit rates into the medium term, driven in the main by the leading players such as Jameson. Probably a key feature of the coming years will be the increased premiumisation of the category vis-a-vis greater volumes of super-premium and above whiskey.

“This mirrors the global interest in higher end expressions of Scotch and American whiskey which from an Irish Distillers perspective will translate into a much greater demand for our Single Pot Still whiskeys such as Redbreast, Green Spot, Powers and of course our Jameson Reserve range.  In the longer term, the arrival of new craft distilleries in Ireland will add further impetus as matured stock comes available.

“Female consumers will continue to represent a great opportunity for Irish whiskey, while flavoured whiskey and innovations in packaging and marketing will all help to keep momentum going behind one of most exciting periods in the history of Irish whiskey.” 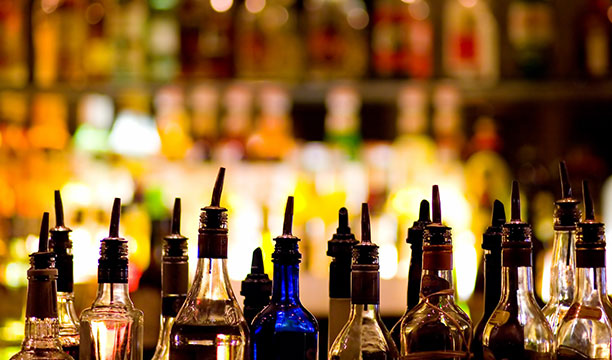 As a consumer craze for healthy drinks continued in 2014, as did a trend for lower abv drinks. The UK drinks industry even revealed that it had succeeded in removing one billion units from the market two years ahead of schedule under a government-backed pledge.

Mark Riley, sales director Off-Trade, Maxxium UK Ltd, said: “If I knew what the next big thing is to be I would be very rich! However lower abv drinks and flavour extensions of current premium brands are at the heart of current growth trends that I believe will continue. 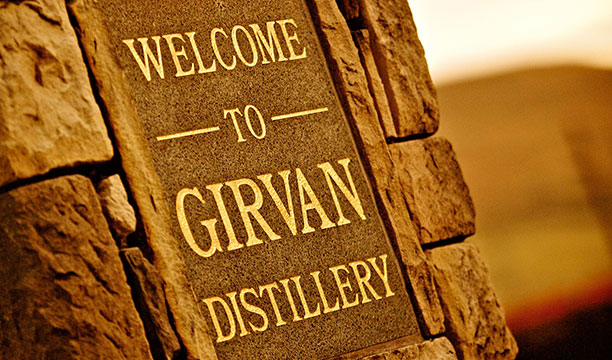 Jonathan Cornthwaite, brand manager for Girvan Patent Still at First Drinks, said: “Following the launch of The Girvan Patent Still in 2013 and the upcoming extension of the range in 2014, grain whisky will command more space, both on shelf and in the minds of whisky connoisseurs. As drinkers continue to look for new challenges and distillers and independent bottlers recognise the opportunity, grain whisky is set to be the big news for the Scotch category in 2014.” 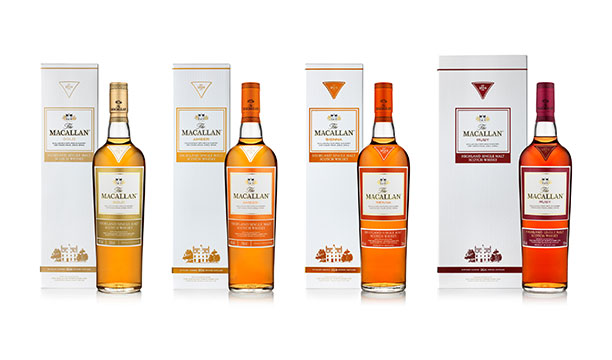 Premiumisation was a trend which continued to appear throughout all categories in the spirits sector in 2014, despite the much publicised downturn of luxury end of the market in China.

Mark Riley, sales director Off-Trade, Maxxium UK Ltd, said: “Generally speaking, ‘premiumisation’ has been occurring and in all likelihood will continue across almost all the categories as consumers look to drink less, but treat themselves more when they do. This could be as a result of consumers drinking less, but better quality and also because the prices at the lower end of the market have been rising with each increase in duty.

“The pricing gap between brands and own label has narrowed over the last few years, which means that shoppers are more likely to trade-up to their favourite premium brands.

“As consumers look to trade up to something special/ brands with strong heritage this provides an excellent opportunity for retailers to promote premium brands.

“Maxxium UK is driving this trend towards premiumisation and recruiting new consumers into the sector through innovation and development.  New variants and expressions play a key role in both invigorating the category and giving consumers more choice.” 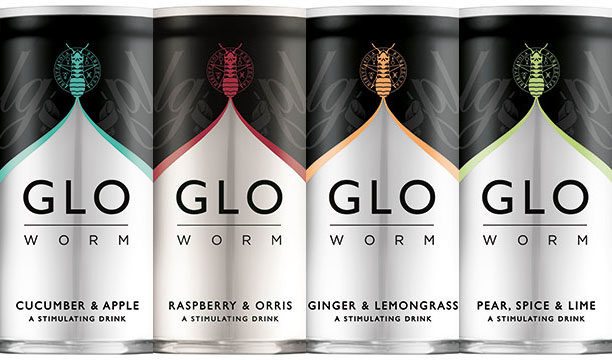 The trend even extended to the energy drinks sector, with the launch of Gloworm.

Claire Anderson, senior account director at Propaganda, strategic brand agency for Gloworm, said: “I really see that the trend for premiumisation will extend to the energy drinks sector in 2014. After seeking the opinion of bartenders, we realised there was a gap in the market for a premium energy drink which avoids the artificial taste of most on the market at the moment. The thirst for energy drinks around the world is not slowing down, but people are also paying more attention to the quality of the base spirits. In providing a high quality energy drink mixer for specific spirits, Gloworm allows this quality to shine.” 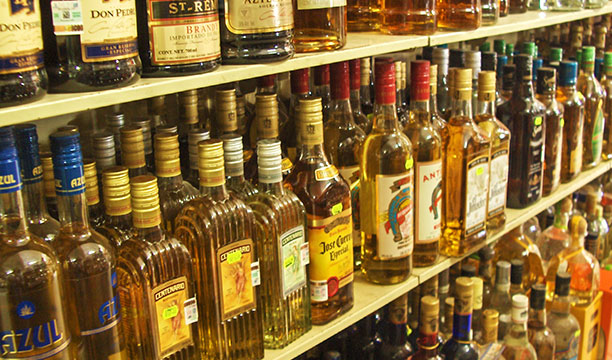 Luxury miniatures were launched by a number of brands this year, such as the 200ml version of Pernod Ricard’s L’Or de Jean Martell crystal decanter

“Fractionals are currently demonstrating healthy volume growth and account for approximately 14% across the total off-trade market. This is projected to continue as they meet the needs of shoppers reluctant to commit to higher unit prices in their basket.

“Price marked packs sales across all categories have grown by 75% in the last year, 97% of which are in the impulse channel. In spirits they now account for £40.3m of sales, making them an essential tool for retailers. 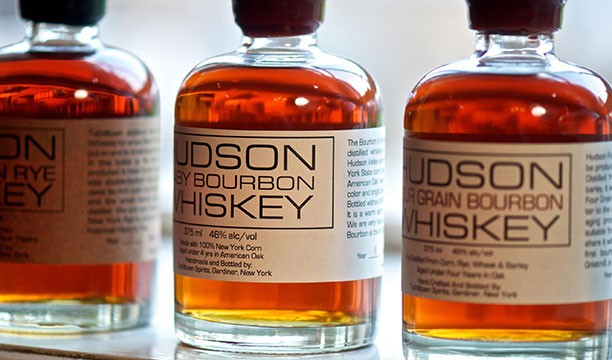 The Bourbon and American whiskey was one of the categories most coveted by drinks firms in 2014, with the craft sector in particular soaring in popularity. However, the controversy hit when a number of lawsuits were launched against brands such as Templeton Rye, Maker’s Mark, and Tito’s Handmade Vodka over alleged false advertising.

Jonathan Cornthwaite, brand manager for Hudson whiskey at First Drinks: “As more and more craft distillery whiskeys from the US become available this side of the pond, the number of options on offer in the on-trade will continue to grow. Providing consumers with a quality product and an authentic story behind the brand, Hudson engages drinkers at the bar with its stand-out packaging. The Hudson Manhattan Rye, direct from New York cannot be beaten to make the perfect Manhattan cocktail and we expect to see both the brand and category boom next year.” 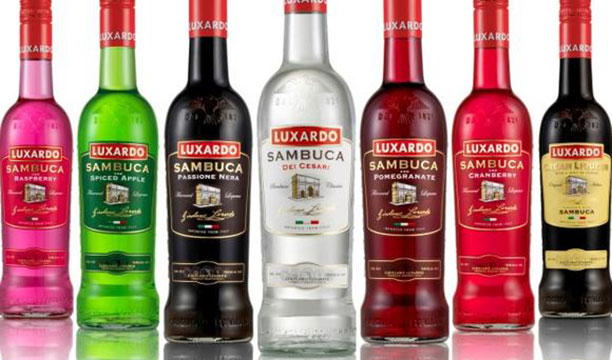 While experts have predicted a flavour fall-out since the middle of last year, brands have continued to innovate in the sector, which has also given way to a hybrid spirits sub-category.

Craig Chapman, brand manager for Luxardo at Cellar Trends: “Cherry will be a top choice in cocktails. Alongside our classic Luxardo Maraschino, the must-have cherry flavours will be new Luxardo Sangue Morlacco liqueur and Maraschino cocktail cherries. Each year our Luxardo Masters of Maraschino competition for bartenders has brought increasingly inventive cocktail creations, and over the past two years, the UK sales of Luxardo Maraschino have surged 37%.” 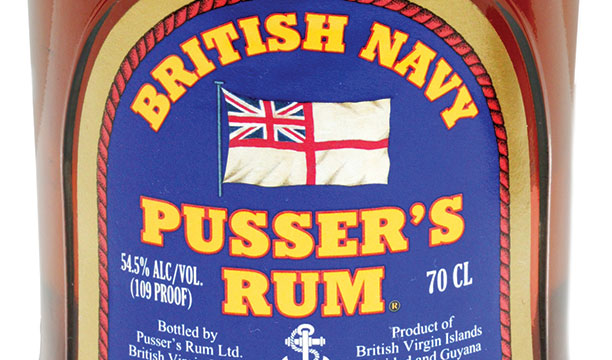 It seems 2014 was a mixed year for rum in terms of sales, but the sector did make way in shedding off its party image with more premium expressions designed to be sipped, such as Bacardi Gran Reserva Masetro de Ron.

Terry Barker, director of marketing at Cellar Trends, UK distributor of Pusser’s Rum: “Rum sales are climbing fast in both on and off trades and this ascent will gather pace in 2014. Some supermarkets are reporting sales increases of between 20% and 30%. Bars are showing increased rum sales of 10% and more, says Pusser’s Rum.

“The accent is on premium rums, especially those with distinct provenance such as Pusser’s the original Royal Navy tot served daily to sailors for 350 years. The popularity of cocktails such as the Mojito – the UK’s favourite cocktail according to leading spirits distributor Cellar Trends – shows no sign of waning in 2014, while cocktails such as Pusser’s signature Caribbean mix the Painkiller will get strong promotional backing in bars in 2014, further helping to drive rum’s momentum.” 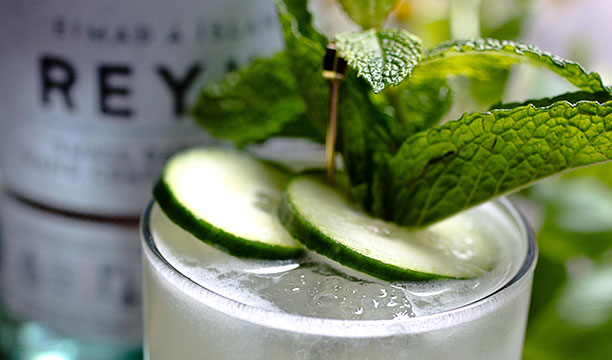 There were some signs of innovation in the vodka category in 2014, with more creative marketing and innovative launches such as Grey Goose VX – a premium hybrid spirit combining vodka with drops of fine Cognac.

Jonathan Cornthwaite, Brand Manager for Reyka Vodka at First Drinks: “Vodka is still the number one category in both the on and off-trade but both the trade and consumers have been left uninspired by the big brands over recent years. The development of a more creative approach to vodka with ice and bitters is playing a key role in bringing back interest and this will be a big movement next year. Reyka vodka will be taking bartenders on foraging expeditions throughout 2014 to help bring to life the very best ingredients used in the very best vodka.”

Robert Zajaczkowski, Beluga brand ambassador: “We want to be part of the new cocktail revolution, changing trends, cocktail recipes and the way it is consumed. For vodka connoisseurs out there, the unique taste of the vodka adds a new experience to cocktails and neat drinkers. Since launching this year we have rolled out Beluga to exactly the bars and restaurants we want to be involved with, and we will continue to put Beluga in front of bar tenders and consumers alike.”