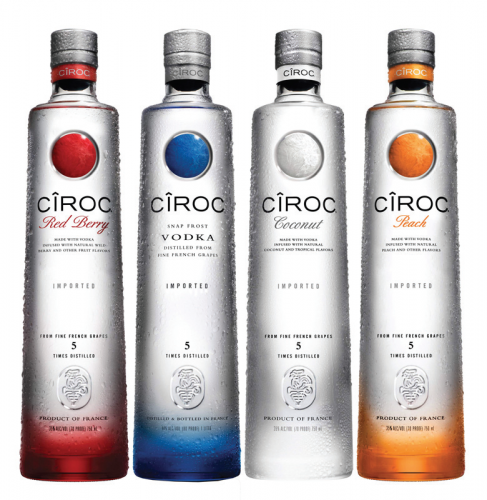 The sale of 1.5m cases in 2011 has helped Cîroc to become the second largest ultra-premium vodka in the US, still well behind Bacardi’s Grey Goose, which sold 3.8m cases.

While the majority of sales for the brand are from the US, Cîroc is now sold in over 70 markets and has seen increased momentum in Brazil and global travel retail in particular.

Late last year, Diageo invested heavily in the Luck Be a Lady ad campaign, featuring rap star Sean “Diddy” Combs, making December the brand’s most successful month ever in the US.

Beyond the global rankings, the regional and domestic listings were headed by two brands – Nemiroff and Zelenaya Marka – which posted double-digit sales falls during 2011.

But a few smaller brands have taken up the baton and seen a dramatic growth spurt over the year, in particular Belvedere’s Krupnik (up 137%), and Pinnacle (+93%), the former White Rock brand acquired by Beam in April this year.

Synergy’s Belenkaya, topping 7m cases, had an especially impressive year to close in on Nemiroff, Bulbash from Belarus has doubled sales since 2009, and the stellar performance of Gzhelka helped brand owner White Gold Co to exceed 2.5m cases in company sales over the 12 months. Finally, Poliakov joined the list for the first time after another fine year.