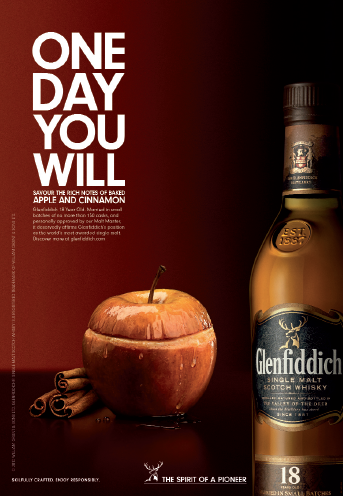 The fact that Glenfiddich has become the first single malt Scotch whisky to break through the 1m cases in a year barrier was the clinching factor in the William Grant-owned product securing our first Supreme Brand Champion title.

Glenfiddich has managed to maintain value across its various aged expressions while increasing volume year-on-year since the depths of the global financial crisis in 2009 – a sure sign of customer loyalty in the face of economic pressure.

With a heavy focus on innovation and new product launches, including the Snow Phoenix, Malt Master and Age of Discovery limited editions, the latter exclusively for travel retail, William Grant ensured that visibility for the brand as a whole remained strong throughout the year.

Glenfiddich has also seen momentum pick up across both its mature and emerging markets thanks to digital marketing and communication programmes, and new, premiumised packaging for a selection of products.

But although it has been singled out as our Supreme Brand Champion, the Scotch category as a whole has performed incredibly well over the past year, with most brands achieving a greater growth margin than in 2010.

Bacardi’s William Lawson’s brand outperformed the market in terms of percentage growth over the course of 2011 (up 35%), with Pernod Ricard’s Passport (+20%) and Bardinet’s Sir Edward’s (+14%) trailing close behind.

A close contender with Glenfiddich for top honours was Diageo’s dominant Johnnie Walker, dwarfing the competition with 18m cases sold, while Pernod’s Chivas Regal is still going strong in China and is poised to top 5m cases during 2012.

Among the other brands, Label 5 from La Martiniquaise posted double-digit growth to hit 2.5m cases, while Edrington’s revamped Cutty Sark arrested years of decline by returning to growth, up 15% over the year.