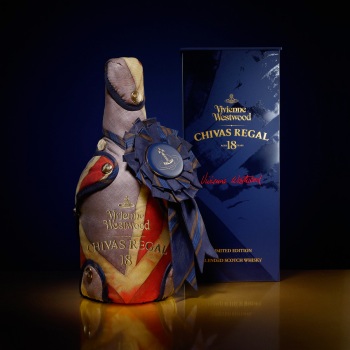 The limited edition collaboration will be available in the province from January 2012.

Designer Vivienne Westwood first teamed up with Chivas Regal in early in August this year.

“Only 12 bottles reserved for the connoisseurs in Hong Kong were sold out in a short period of time.

“In response to the tremendous support, 50 bottles of this glamorous limited edition will return on shelf in January next year. “
Chivas Regal 18 Year Old by Vivienne Westwood will be released as a limited edition with only 2,500 bottles available globally.

Priced at HKD$5,408, this limited edition will be available at Voi_la!, Oliver’s and city’super.