Several years since the global Covid-19 pandemic hit the hospitality industry, the world’s bars have bounced back with as much energy and passion as they had in 2019. We begin our Global Bar Report 2022 in Europe. 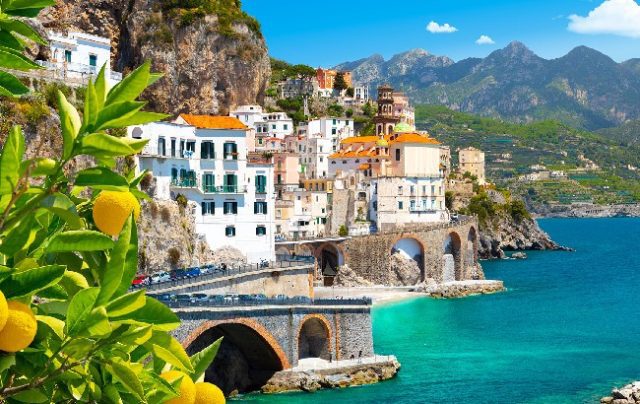 The excitement of drinkers returning to bars in droves has seen increased interest in cocktails as consumers tired of making them at home during lockdowns, craving a well-made drink crafted with bespoke infusions and expert precision. There is much to celebrate in the on-trade, as bartenders returned to major on-trade shows such as Imbibe Live, Bar Convent Berlin, and the 11-day-long London Cocktail Week, and bar takeovers became the norm once again.

Challenges remain for the industry as global supply chain issues and staff shortages dominate, as well as fears that the cost-of-living crisis could curb consumers’ spending in bars.

Globally, gin is the spirit of most interest to bartenders, according to an on-trade trends report by Bombay Sapphire owner Bacardi in 2021.

He added that gin’s boom is due to the “generational shifts in consumption habits, a new-found quest for ‘authenticity’, plus a revolution in the way that the spirit, and the gin and tonic especially is presented”.

An exploration of each region’s on-trade scene is explored on the following pages, alongside the challenges, trends and opportunities.

The report will also mark the return of our ‘Bars to Watch’ selection from 2019, with three emerging venues chosen in each region. An abundance of new openings and creative cocktail dens are celebrated here, and are a must-visit for cocktail lovers.

Watering holes in Europe are hearing requests for low-ABV cocktails over bar tops, and the concept of sustainable and locally-produced drinks is becoming a dominant drive in cocktail crafting.

Maroš Dzurus is bar manager for Himkok, in Oslo, Norway. He believes he has seen the Scandinavian bar scene go to “the next level” recently, as well as an increased use of local products in bars, as has Thibault Massina, director of beverages at Paris’s Le Syndicat.

“There is a trend towards local consumption,” Massina confirms. “More and more bars and consumers care about where the products they consume come from. We can see this at Le Syndicat because we only offer French spirits, and this is increasingly important to consumers.”

Le Syndicat’s ready-to-drink range, Féfé, is made with local spirits, but is also low in alcohol and sugar, ticking off another current demand in the bar industry.  “The kings of drinks for the past three years have been the Highball, and low-ABV cocktails,” explains Dzurus.

Kyritsis Vasilis, co-owner of Clumsies, and Line in Athens, Greece, agrees with this, noting “low-ABV cocktails and non-alcoholic cocktails are some of the trends now”.

Plus, feeding into the desire for locally-sourced drinks, “circular sustainability” is also present in the bar industry now, according to Vasilis.

This is a system that involves reusing and remanufacturing products – in the bar sector, people generally associate it with waste and production processes. “The bar industry is faced with an ecological reality, like many other fields,” says Massina. “We must now design cocktails taking into account these issues. Technical advances and the use of machines like the girovap, the cousin of the rotary evaporator (rotovap), allows the bar to control the production of all its raw materials, and prepare in advance essences of herbs and spices that are not lost over time”.

Le Syndicat’s girovap permits the bar to prepare ingredients such as mint essence, or its own bitters, with enough to last “at least six months”.

Yet it isn’t smooth sailing for bars in Europe – the words ‘staffing crisis’ are repeated by owners and bartenders alike when I ask about problems in the sector. Patrick Pistolesi, owner of Rome’s Drink Kong, says a staffing crisis has hit the continent.

Michael Hajiyianni, general manager of Ruby, Copenhagen, agrees, saying: “The challenge that everyone is facing is staff. It’s very difficult to find good staff, and it’s also difficult to keep them.

Many bars are still not back to the opening hours that they had before the pandemic – the power is completely with the employee. “Bars have to step up and offer better conditions, but staff can completely underperform without any consequences. They can just leave and easily get a new job, or stay and damage the ethos of their workplace. This damages the standards of the industry overall.”

Dzurus echoes this, noting that “understaffing or finding staff who are willing to learn and push the limits” can be seen globally – it is not just limited to Europe.

While some argue that the staffing crisis is an effect of the pandemic, the same can be said for the increase in costs facing the bartenders and consumers, as Dzurus explains. “Rising prices for ingredients automatically have an effect on the final cost of the cocktail,” he notes. “I ask myself, with a little worry, ‘where is the limit for our guests?’ At what point will the guest say, ‘that it is too expensive’, and go back to beer and wine instead of cocktails?”

Despite the fear of consumers departing the cocktail scene for cheaper serves in wine glasses and steins, Luke Jackson, bartender at Amsterdam bar Flying Dutchmen Cocktails, believes generally, consumers have more appreciation and understanding of cocktail culture now than in recent years.  “In my experience, in Amsterdam, people are a lot more educated now,” he says.  “People are a lot more willing to learn about cocktails, and have a wider palate. Our customer base is 50/50 locals and tourists – not the case five years ago.”

Alongside this, others believe the best is yet to come for Europe’s bars. Pistolesi explains that while a career in the bar sector was once “not seen well by relatives – ‘what are you going to do with your life?’ they’d ask you twice” – the career is now “recognised”.

“There’s a cocktail renaissance happening, with awards around the world. Right now, it’s flourishing,” he says. “We Italians have very special ingredients. We’re ruling the scene right now when it comes to cocktail bars.”

Pistolesi has a point too – Spain’s Paradiso and Sips place first and third, respectively, in The World’s 50 Best Bars 2022 list. Despite both being located in Barcelona, they have been set up by two different Italian men.  “It’s a good moment for us,” Pistolesi beams, proudly.  The cocktail scene is not only thriving in Italy and Spain, of course; a ripple effect seems to be hitting the rest of Europe, and consumers’ appreciation for acclaimed bars will hit other countries in waves. 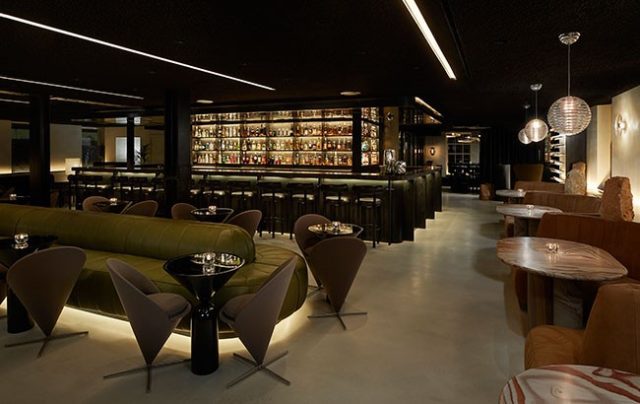 Launched in February 2022, Silverleaf was designed by acclaimed innovator Tom Dixon, and the stylish drinking den was inspired by naturalism and the elements. To match this ethos, general manager Chris Tanner and bar manager Liam Broom worked with a team to develop drinks that marry an aesthetic of simplicity with complex flavours. 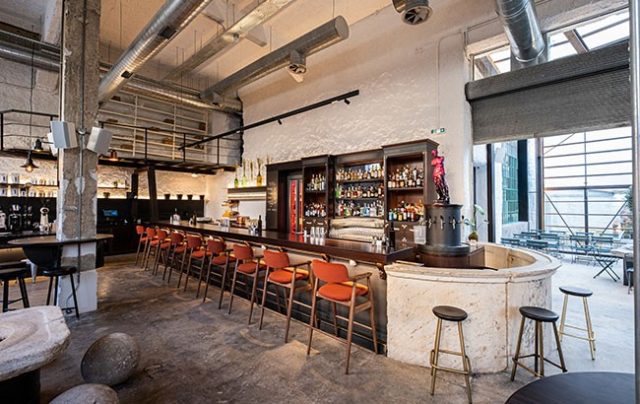 This Greek drinking spot was launched 10 months ago by the co-owners of the famed Clumsies bar in Athens, alongside co-founder of Three Cents, Dimitris Dafopoulos.

The industrial-styled space is putting focus on sustainability and fermentation, while retaining “classic ideas and techniques” of the bar industry, says co-owner Vasilis Kyritsis. Inspired by the world of wine, Line serves a variety of ferments made from pomegranate, figs, apples, honey, and more. 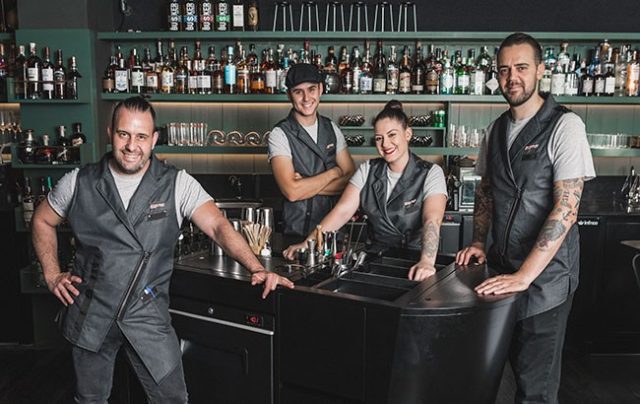 Poised to open this month, Essencia is the second space launched by the owners behind acclaimed bar Sips in Barcelona. The ‘bar within a bar’ concept has been “rehearsed for a long time”.

Simone Caporale and Marc Alvarez have already secured the top spot in The World’s 50 Best Bars 2022 list for Sips, and it is expected that Esencia will experience similar success. “At Essencia we opt to not follow trends but instead create our own line of thinking that feels right for what we do and what we represent,” says Caporale. “Eventually, we find it affects the next trends in the industry. For the time being, Essencia is expressing the ‘essence’ of the true cocktail experience.”