Whisky was a popular tipple of choice among last month’s releases – but new agave-based spirits and RTDs were also in abundance.

Producers cranked up their experimentation levels to the max in September, exploring unusual base materials and tapping into burgeoning drinking trends.

From Ireland to Japan, and a smattering of countries in-between, there was an eclectic mix of new whisky launches to excite consumers last month.

Furthermore, foodies should take a look at a new ready-to-drink (RTD) canned expression designed to pair perfectly with Indian food.

For all this and more, keep scrolling to discover our top picks of new spirits launched last month.

Looking for further inspiration? Take a peek at our round-up from August.

Method and Madness Oats and Malt 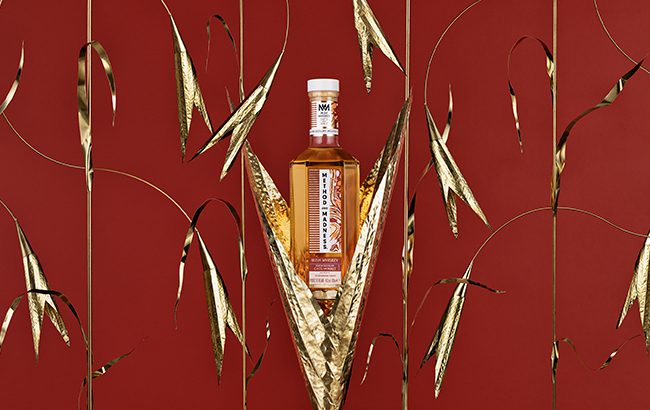 Distiller Katherine Condon experimented with Irish oats for the latest release from Method and Madness. The whiskey was triple-distilled in copper pot stills from a mash bill of 60% oats and 40% malt.

Sitting at 46% ABV, the whisky is said to have aromas of toasted marshmallow, pine peppercorns and orange zest, leading to flavours of fudge, citrus oils and green chilli on the palate.

The whiskey can be found in Ireland, the UK, Dublin Airport and online for RRP €95 (US$83) per bottle. 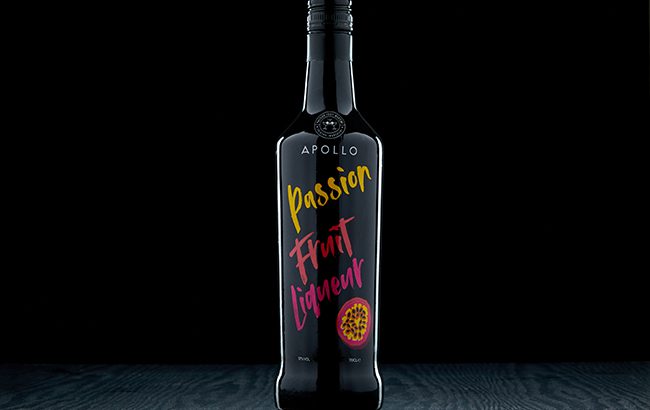 The UK-based company introduced Apollo passion fruit liqueur in September, designed to be a ‘value alternative’ to other brands on the market with a price tag of £9 (US$10).

Bottled at 17% ABV, the liqueur is made with real passion fruit juice and ‘natural’ flavours. 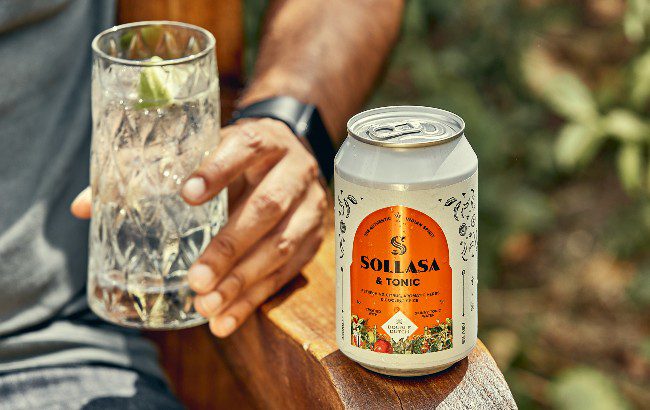 The convenient novelty of ready-to-drink (RTD) beverages doesn’t look likely to drop off any time soon. So to mark the first anniversary of Sollasa, the aperitif brand partnered with Double Dutch to create a canned RTD. 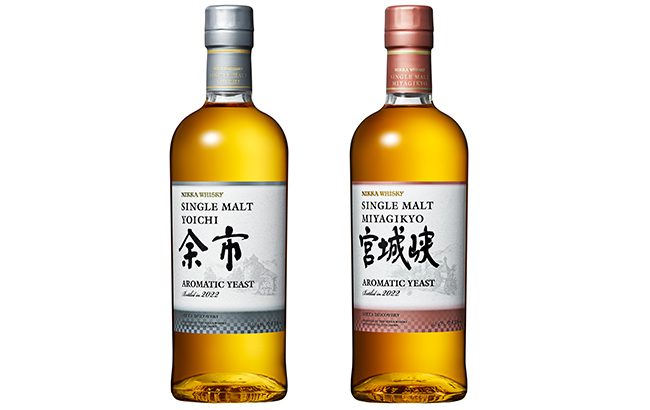 Japanese whisky brand Nikka introduced not one, but two limited edition whiskies last month as part of its Discovery range.

The Yoichi expression is said to have an estery aroma akin to ginjyo sake, while Miyagikyo offers fruity notes of peach and apricot. 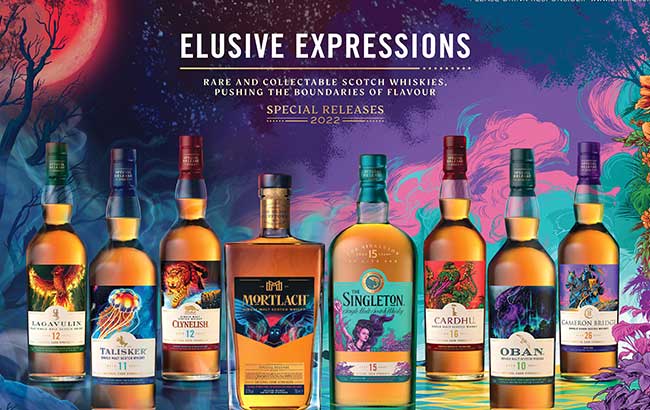 The whiskies that form the Diageo Special Releases are highly anticipated year after year. For 2022, the world’s biggest spirits producer curated a selection of whiskies to form the Elusive Expressions.

The bottlings are available from select retailers. 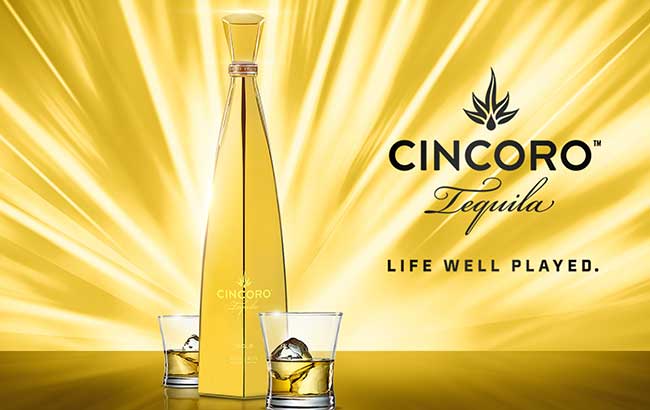 Tequila continues to win the hearts of spirits fans, particularly in US and Mexico. Among the celebrity-owned brands that have to come to market in recent years is Cincoro, co-owned by former basketball star Michael Jordan.

To celebrate six decades of the James Bond film franchise, The Macallan unveiled a commemorative bottling. The Macallan James Bond 60th Anniversary Release comprises six limited edition bottle designs. Each one is presented in individually designed sleeves, while each bottle has been given an original illustrative design.

Tasting notes for the single malt include orange zest and fizzy sherbet on the palate, with lemon, oak and ginger spice. The finish is said to be sweet and long with complex layers.

The Macallan James Bond 60th Anniversary Release is available for RRP £600 (US$800) per bottle. 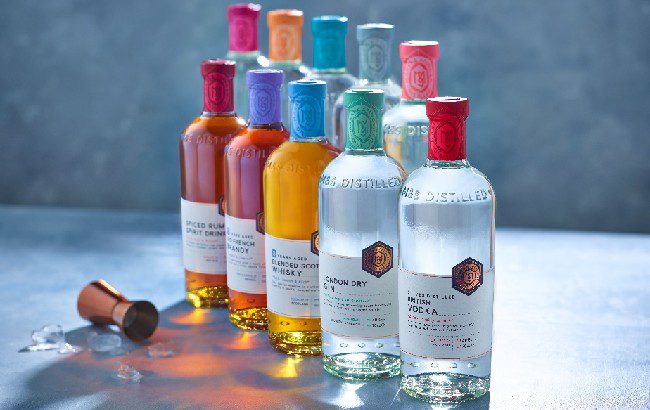 Consumers worldwide are feeling the effects of the cost-of-living crisis, creating the perfect time for retailer Marks & Spencer (M&S) to launch its ‘more affordable’ spirits range.

Jenny Rea, lead product developer for spirits at M&S, said: “Our new Distilled range is all about helping [our customers] to find the best versions of their favourite spirits at a great price, so they can continue to enjoy the classics while also experimenting with new cocktail creations.”

Each spirit is priced at £18 (US$20) and is available from M&S stores and online.

Two Stacks Dram in a Can 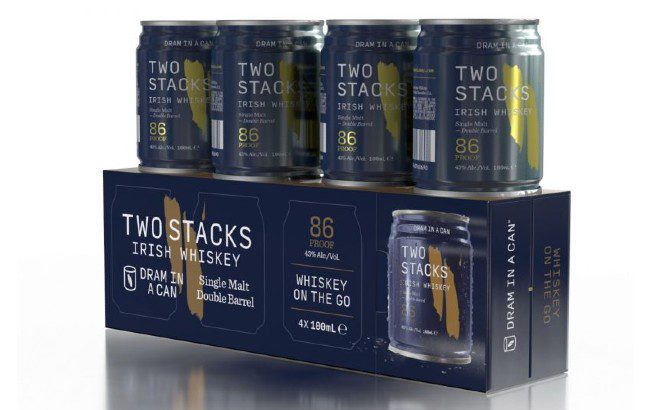 Irish whiskey producer Two Stacks also ventured into the canned beverage space last month, but with a twist. Rather than creating a traditional ‘RTD’ drink, the distiller launched an Irish single malt in a canned format.

The 100ml Dram in a Can is a vatting of double- and triple-distilled peated malt, which was matured in ex-Bourbon and oloroso Sherry casks. It sits at 43% ABV. It is the second expression in the brand’s portfolio to be presented in a can. 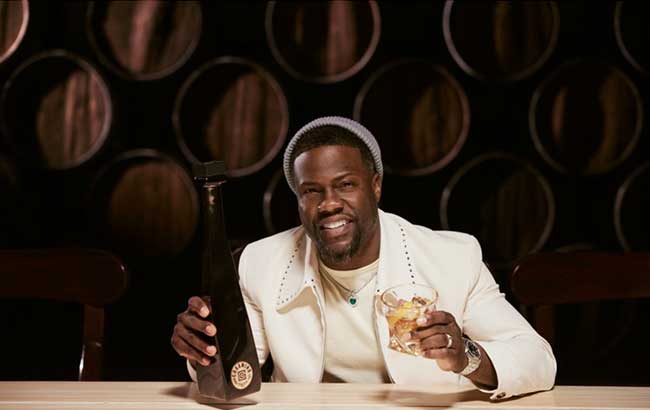 In further celebrity Tequila news, actor and comedian Kevin Hart expanded his Tequila line with an añejo bottling. The Jumanji star collaborated with Proximo Spirits to create Gran Coramino, which launched with a reposado cristalino earlier this year.

The latest release is said to have notes of butterscotch, toasted cacao, and coffee beans. The Tequila was distilled and aged at the La Rojeña Distillery in Mexico, said to be the oldest distillery in Latin America.

Gran Coramino Añejo can be bought for RRP US$99.99.