While some trade bodies welcomed the duty freeze on wine and spirits, other associations slammed last week’s mini-budget for doing ‘too little, too late’.

The Scottish Licensed Trade Association (SLTA) lamented the omittance of reducing the 20% VAT rate for hospitality and cutting business rates.

Colin Wilkinson, SLTA managing director, said: “The hospitality sector has been pushing for a permanent reduction in VAT, similar to those introduced during the pandemic, to bring us in line with our European competitors and for industry support to be given through rates relief or cancellation of rates for the next year. Both of these plans have simply been ignored.

“On energy costs, let’s not forget that businesses have been burdened with highly inflated energy prices for months now. Sadly, the damage has already been done to many businesses, which have already shut their doors permanently or are planning to close down over the winter period or reduce their operating hours.

“This should have been a priority for Westminster months ago when experts were ringing alarm bells and warning of the juggernaut that was on its way.”

The SLTA did welcome the cancellation of corporation tax, but stressed it would only help those businesses making a profit.

Wilkinson added: “A recent survey by the Night Time Industries Association highlighted that nearly 50% of night-time businesses are barely breaking even and a further 20% stated they’re losing money.

“All help is, of course, welcome but the chancellor has only given SMEs [small and medium-sized enterprises] and independent operators yet another sticking plaster to fix a broken leg. It’s too little, too late.”

The Scotch Whisky Association (SWA) thanked the UK government for freezing duty on spirits, which would support the Scotch whisky sector.

The trade body welcomed the decision not to implement the planned double-digit inflationary increase, particularly as the industry grapples with rising energy costs and supply chain challenges. 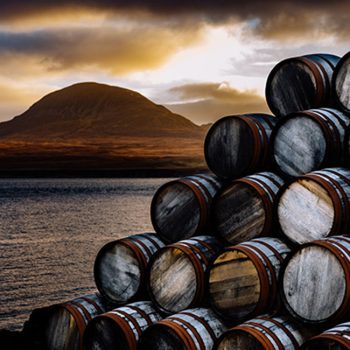 Mark Kent, SWA chief executive, said: “On behalf of the SWA’s members, I want to thank the government for listening to the concerns of the industry and taking action to support Scotch. The duty freeze will not only support our sector, but the hospitality industry and the wider economy.

“We look forward to working with the new HM Treasury team to ensure Scotch whisky can deliver investment, employment and growth in Scotland and across our supply chain.”

Jean-Etienne Gourgues, CEO and chairman of Chivas Brothers, said: “We very much welcome the freeze in duty announced by the chancellor today. At a time of rising business and consumer costs, a stable duty regime will help producers, on-trade operators, and households across the country to weather a difficult period.

“These changes will help to create the right environment for producers to invest long-term, in turn powering exports globally.

“We are proud to be doing just that, investing £88 million in the expansion of our Scotch whisky distilleries, and with an ambition to achieve net-zero distillation in the UK by 2026.”

The Wine and Spirit Trade Association (WSTA) also welcomed the “sensible decision” to freeze duty on wine and spirits.

However, the trade body criticised the government’s response to the consultation on reviewing how the UK taxes alcohol, particularly wine.

“These latest proposals will be bad news for consumers worried about the cost of living; and create complexity, burden and costs for UK businesses,” said Miles Beale, WSTA chief executive. “They also fail to take advantage of measures that could support the new chancellor’s aims for private sector-inspired growth [for] the British economy.”