Barrel taxes for Kentucky’s Bourbon industry reached its highest in history at US$40 million as the sector’s total inventory hit a new milestone. 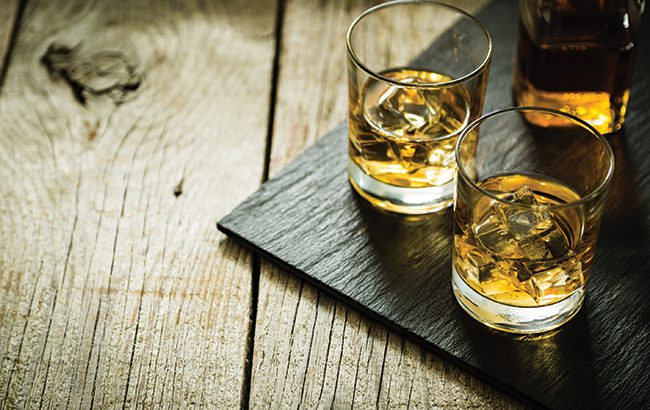 Figures released yesterday (27 September) by the Kentucky Distillers Association (KDA) revealed that the number of Bourbon barrels in Kentucky reached 11.4 million in January 2022, and the state’s Bourbon sector has reached its fourth consecutive year filling more than two million barrels.

Including other ageing spirits, the state’s total inventory is almost 12m barrels – a ‘milestone’ in the 200-year history of Kentucky Bourbon.

Alongside these figures, it was revealed that the tax-assessed value of all barrels reached US$5.2 billion, an ‘all-time high’.

Eric Gregory, president of trade body the Kentucky Distillers’ Association, said that while barrel records are “typically cause for celebration”, the “skyrocketing and punitive impact of ageing barrel taxes is more a cause for concern”.

“We’re thrilled that our homegrown and historic industry continues to flourish, but these numbers could have been much higher if Kentucky didn’t have a major barrier to entry for new distilleries in the form of this barrel tax,” Gregory said.

Kentucky remains the only place in the world that taxes ageing barrels of spirits.

The Alcohol and Tobacco Tax and Trade Bureau (TTB) report that Kentucky has fallen to 12th place in the US in its number of distilling operations.

Plus, in the last year, the states share of distilleries nationwide has ‘plummeted’ from 24% to 6%, and Kentucky’s percentage of distilling jobs has dropped from 43% down to 30%, even though the state ‘crafts 95% of the world’s Bourbon’.

“At the height of our signature spirit’s popularity, the proliferation of Bourbon distilleries outside of Kentucky should ring alarm bells for anyone who cares about this industry, its employees and its economic and tourism impact on the Commonwealth,” Gregory said.

In the last five years, KDA said that barrel taxes have more than doubled, soaring to 102%.

Kentucky distillers are said to be paying nearly US$7m more in barrel taxes this year than last year.

“We are only asking to be treated like every other manufacturer in Kentucky – and possibly the world – whose goods are not taxed during the production process,” Gregory said. “Barrel taxes hamper growth, punish success and jeopardise the state’s ability to attract new distillers in the birthplace of Bourbon.”

The Bourbon industry in Kentucky sees US$9bn each year poured into the state’s economy, and sustains more than 22,500 jobs with an annual payroll topping US$1.2bn a year.

“We have proven, time and time again, that Bourbon is a great investment for Kentucky,” Gregory added.

“But we cannot ignore the fact that more than 2,200 distilleries have made the business decision not to locate here, despite our rich traditions and ready-made infrastructure.

“It’s time for solutions. We must protect our distilling dominance. The future is in our hands.”

The Kentucky Bourbon Benefit recently launched an auction to provide support for those in Eastern Kentucky affected by floods,.