From Campari’s improved website accessibility to the latest ad from Lobos 1707 Tequila and LeBron James, February saw plenty of impressive campaigns and partnerships among spirits brands.

Despite being a short month, February was jam-packed with activity in the marketing world. While Copper Rivet Distillery received a royal visit, International Margarita Day and Valentine’s Day were marked by other spirits brands.

Plus, Cognac brand Courvoisier and whiskey brand Jameson launched brand campaigns, while Campari Group made progressive steps for the disabled community, by relaunching its website to make it more accessible.

Keep reading to discover our pick of the top 10 marketing moves from last month – and for more spirits advertising strategies, check out our round-up from January. 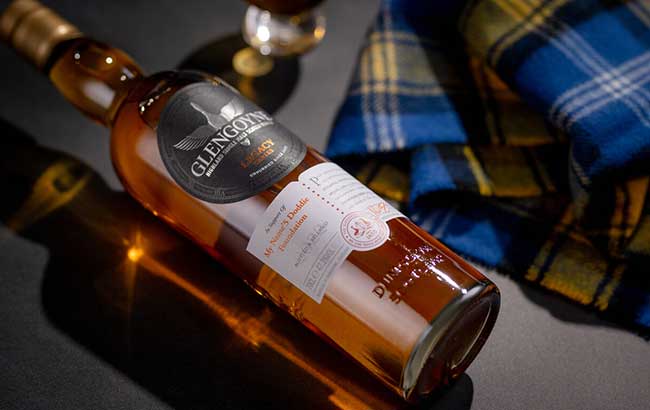 All proceeds raised from the auction will go towards motor neurone disease foundation My Name’s Doddie. Rugby player Doddie Weir OBE set up the charity in 2017, and has been a partner of the Auld Enemy Dinner since 2018, with almost £200,000 (US$271,202) raised to date. 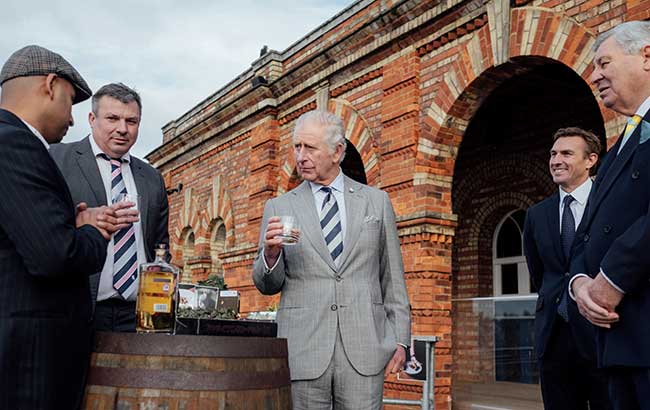 The Prince of Wales visited Kent-based Copper Rivet Distillery last month to mark the launch of the third whisky in the producer’s English Masthouse Whiskies.

On 2 February, Prince Charles toured the distillery, which was founded by Bob Russell, his sons Matthew and Stephen, and head distiller Abhishek Banik. The royal tasted the Masthouse Single Malt Whisky, plus local dishes created by the distillery’s Pumproom restaurant. Copper Rivet said its commitment to architectural restoration, urban regeneration and to the agricultural community ‘caught The Prince of Wales’ eye’.

Stephen Russell, founder and commercial director, said: “It is wonderful to see the team get the recognition they deserve. We were delighted with HRH’s reaction to Masthouse Whisky.” 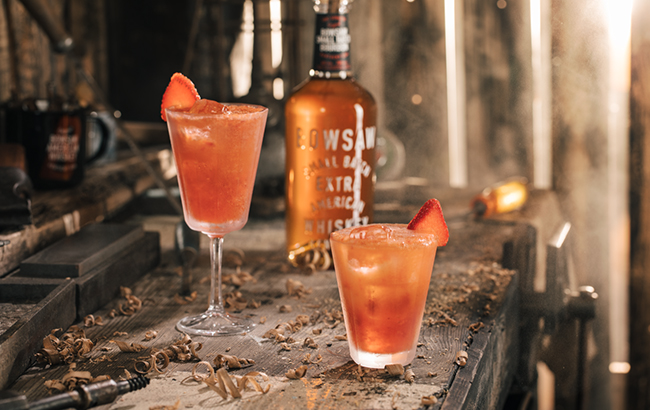 Kirker Greer Spirits celebrated all things Cupid with its signature serves for its gin, whiskey and vodka last month to mark Valentine’s Day.

The cocktails were created to target the on-trade and at-home consumers in the run-up to 14 February, and rolled out for its brands Bowsaw whiskey, Ginato Gin, Jawbox Gin and Ukiyo Vodka. Included in the serves were the Bowsaw Kentucky Kiss, comprising Bowsaw Bourbon, lemon juice, maple syrup and soda water, and the Ginato Pomegranate Gin Fizz, which combines Ginato Melograno Gin, orange liqueur and Prosecco.

The marketing push featured social media promotion and online advertising in several markets including the UK. The key serves were also promoted in the on-trade through digital points of sale and special menus. 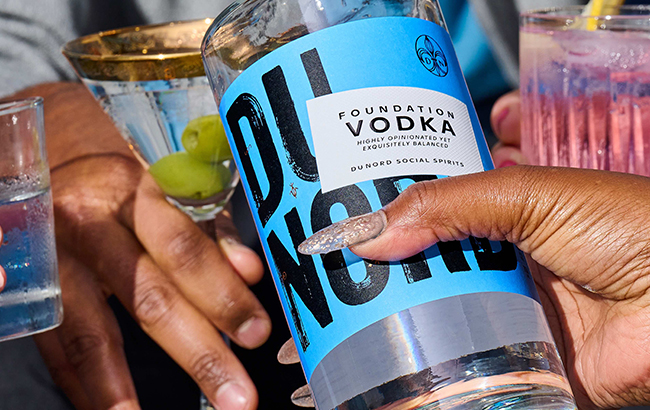 Under the umbrella of the NJAI, the two brands created the Business Incubation Program, which provides expertise, mentorship and other resources to Black and indigenous people of colour entrepreneurs entering the spirits sector. 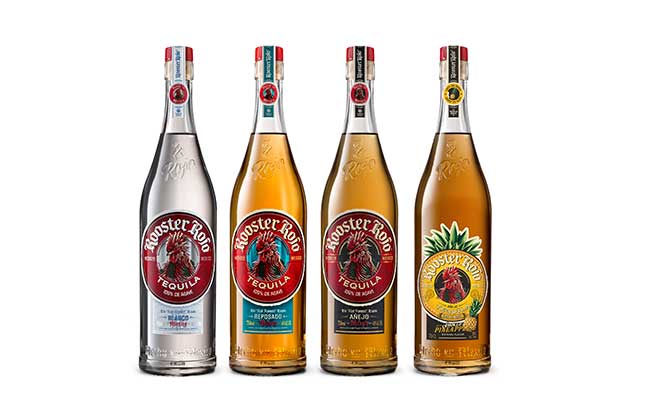 Amber Beverage Group has been supporting the on-trade with Rooster Rojo Tequila serves and promotions.

The campaign was launched to mark Margarita Day on 22 February. Participating bars included: Freud Café Bars and Galleries in London and Oxford; Lost and Found and 200 Rye Lane, London; Gonzo’s Tea Room and Voodoo Daddy’s, Norwich; and the Bunk Wings Group with its three venues in Nottingham. Others include bars in Sheffield, Derby and Leicester.

For the partnership, The Bunk Wings Group created a Lychee Margarita with Rooster Rojo Reposado Tequila. Other bars offered Rooster Rojo Classic Margarita serves using the brand’s Reposado or Smoked Pineapple expressions. Tina Connolly, senior brand manager at Amber Beverage UK, said: “We predict a surge in interest in and understanding of Tequilas, and Margarita Day provides a perfect opportunity for bars to take advantage of this new wave of interest.”

Irish Distillers launched a multi-million-pound campaign for whiskey brand Jameson last month, in the lead up to St Patrick’s Day on 17 March.

The campaign invites consumers to ‘Widen the Circle’. The Pernod Ricard-owned whiskey will be ‘significantly invested’ in on- and off-trade activity, experiential and PR, supported by TV, cinema, broadcaster video on demand, and social media.

The new campaign stars actor, writer and comedian Aisling Bea, creator of the Bafta-winning show This Way Up.

Leanne Banks, marketing director at Pernod Ricard, said: “We want to encourage consumers to spark conversation over a glass of Jameson, and ‘Widen the Circle’ is our inclusive invitation to celebrate St Patrick’s Day with friends old and new.”

Aperol owner Campari Group relaunched its website, making it accessible for users who have physical and cognitive disabilities.

The accessibility feature is the bottom left corner of the screen on desktop and mobile, appearing as a white person in a blue circle. By clicking on this icon, users can access the necessary customisations to navigate the page according to their needs. 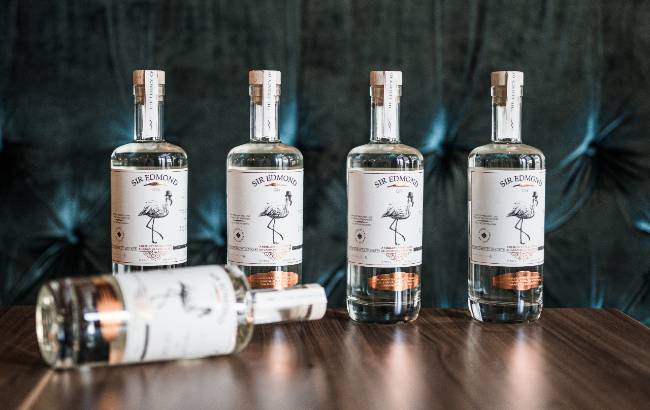 The brand was founded in 2016, and will be distributed by Merit HP in Slovenia.

“We’re always happy when we enrich our portfolio with something really special, this time with a delicate and delicious gin – one of a kind. Sir Edmond has a more than unusual character,” explained Gregor Fric, director of spirits, wine and beverages at Merit HP.

In 2020, Sir Edmond Gin launched in Austria and Hungary, and is available online in countries such as the UK, Spain and Germany. 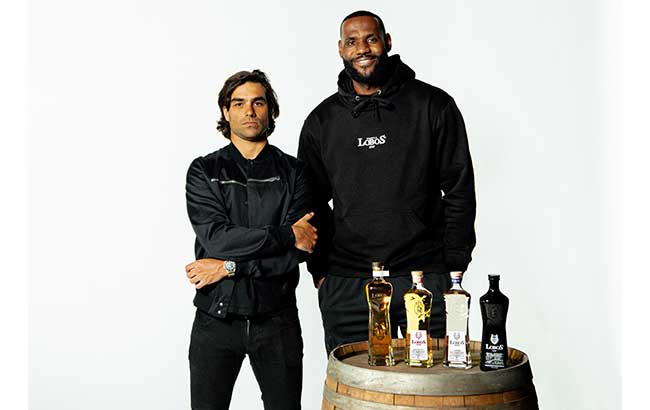 Diego Osorio (left), the founder and chief creative officer of the brand, directed the commercial. Featuring the newly designed bottle for Lobos 1707 Extra Añejo Tequila, the spot is an extension of the brand’s Build a Bigger Table movement, which emphasises inclusivity, representation and the strength of community. Aimed at bringing people together, the ad also strives to demonstrate how each person involved in the process of crafting the Tequila is important to the ‘pack’.

Osorio also stars in the commercial next to James and Green, as well as others in the Lobos 1707 team. 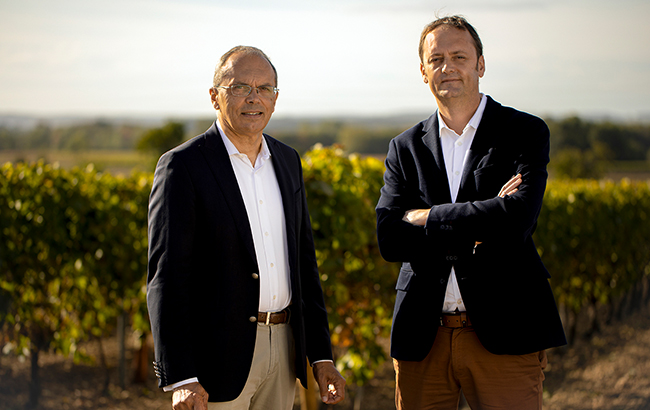 The Beam Suntory-owned brand’s campaign is aiming to ‘redefine the Cognac category’ with the initiative, which includes an immersive series of events across the world to ‘bring the beauty of summer’ to Courvoisier’s home in Jarnac, France. The series kicked-off in New York City on 3 March, followed by other cities worldwide later in the year.