London hotspot Sexy Fish is known for its outlandish interiors. Now drinkers in the US will be able to visit its first sister site in Miami to sample Asian-inspired dishes and plenty of agave spirits.

Londoners also have their pick of sensory experiences with new opening Sweeties bringing ‘mood-busting’ cocktails to the 10th floor of five-star hotel The Standard in King’s Cross, while Knightsbridge vegan restaurant Holy Carrot is offering botanical cocktails with a magical twist at its new bar.

Read on for our pick of the best bar openings from last month – and for more new venues, check out our list from January. 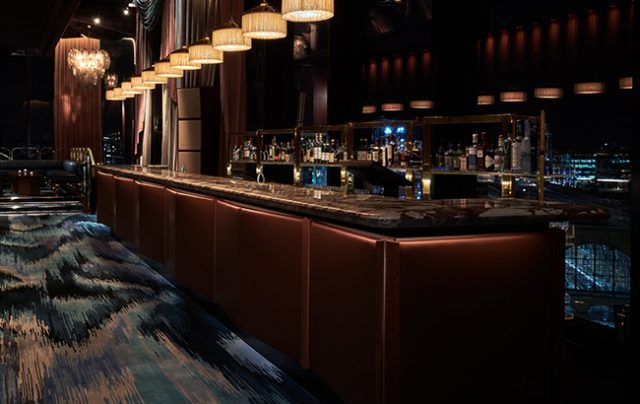 Five-star hotel The Standard in London’s Kings Cross has opened the doors to a ‘mood-busting’ cocktail den on the 10th floor.

The décor for Sweeties is said to evoke an early 1970s Hollywood opulence with velvet sofas, leather banquettes, mirrored tables, along with a six-foot antique phallic sculpture.

The cocktail menu will focus on offering drinks that are made with feel-good ingredients and energising adaptogens and nootropics, including reishi, ashwagandha and holy basil.

Signature serves include Frothy Boi, made with lacto-rhubarb, gin, raspberry, pink pepper and fermented amazake oats, and Pick Me Up, which combines a blend of eight adaptogenic mushrooms, vodka, buttery cacao and coffee.

An evolving line-up of international DJs will also entertain guests as they sip on cocktails until 2am. 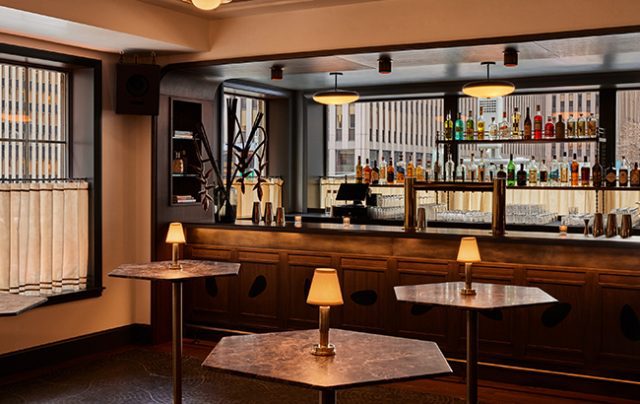 New York City’s famed institution the Rockefeller Centre has revived a historic drinking destination with the opening of a new bar and restaurant across three floors.

The site was formerly known as Hurley’s until it closed in 2000 and was frequented by regulars in the news and entertainment industries, including TV host David Letterman and writer Jack Kerouac.

Pebble Bar offers cocktails that pay tribute to the city’s ‘decade-defining’ clubs and institutions, along with seafood towers and bar snacks.

The fourth floor is also home to an event space than can hold 50 people and includes a ‘secret’ entrance through the Rockefeller Centre. 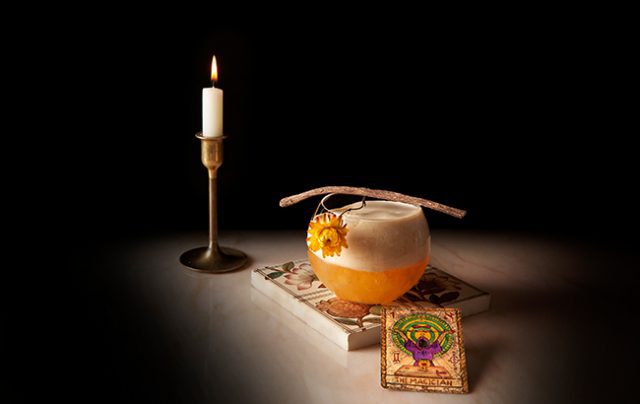 Among last month’s best bar openings is plant-based restaurant Holy Carrot in London’s Knightsbridge has taken inspiration from Salvador Dali and Peter Pan for the opening of its on-site bar.

Guests will be able to indulge in plant-based snacks and botanical cocktails made with Piper-Heidsieck Champagne and ‘natural’ ingredients while experiencing a sensory journey.

The bar will immerse guests with candles, crystals and the smell of fire and white sage.

Each of the cocktails served at Holy Bar have been created to represent a tarot archetype that ‘defines the energy surrounding the guests’ individual drinking experience’.

Cocktails on offer include The Star, made with Piper-Heidsieck Essentiel Extra Brut Champagne and homemade blackberry sorbet, and The Magician, which combines dark and white rum, ginger liqueur, Fernet-Branca Menta, lime juice and homemade carob soda. 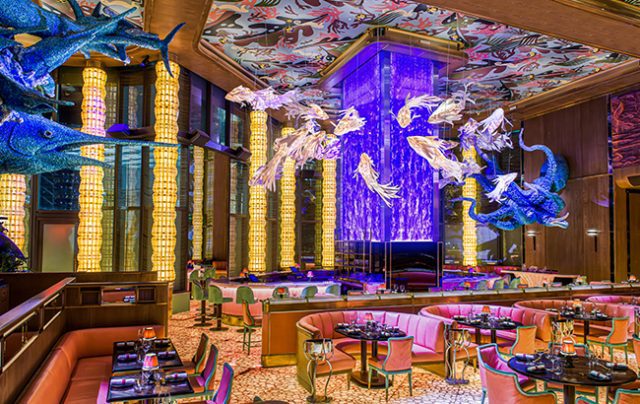 Swish London bar and restaurant Sexy Fish revealed its first international outpost last month with the opening of a site in Miami, US.

The Miami venue is said to be even more opulent than its sister site, with interiors inspired by the ocean. The venue is home to coral leather seating and high gloss tables atop illuminated agate floors, with 10 unique sculptures designed by Damien Hirst and 26 bespoke fish lamps.

The drinks list offers cocktails based around the idea of two flavours, with signatures including Elderflower & Yuzu, Chocolate & Wine, Lime & Meringue, and Raspberry & Yogurt. 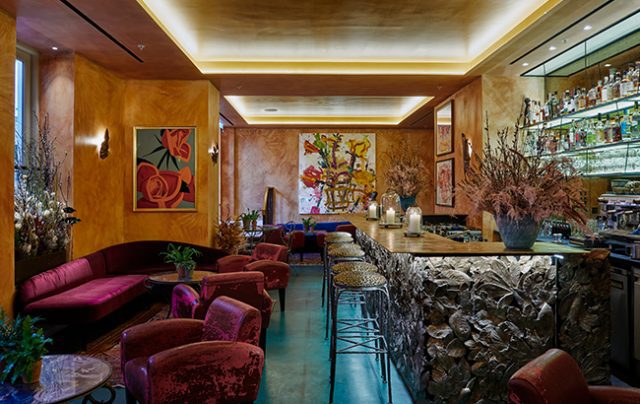 La Goccia, the Italian restaurant from Petersham Nurseries in Covent Garden, has revealed a cocktail bar with botanical-inspired drinks at its core.

The bar’s design and drinks focus on nature with the opening coinciding with a ‘Winter in the Woods’ cocktail list, featuring warming spices and seasonal fruits, and garnished with herbs and edible flowers.

Cocktails include the Applestar, which showcases this year’s autumn and winter apple crop, combined with citrus, star anise, almond and gin. The Pear Tree is a mix of rum with pear juice, tonka bean and cloves, while the mezcal-based Smoked Orange features herbal notes from the Aperol and amaro.

The bar is tucked away behind a linen and dark red velvet curtain, with the interiors decorated with floral art from Petersham Nurseries founder Francesco Boglione’s personal collection. 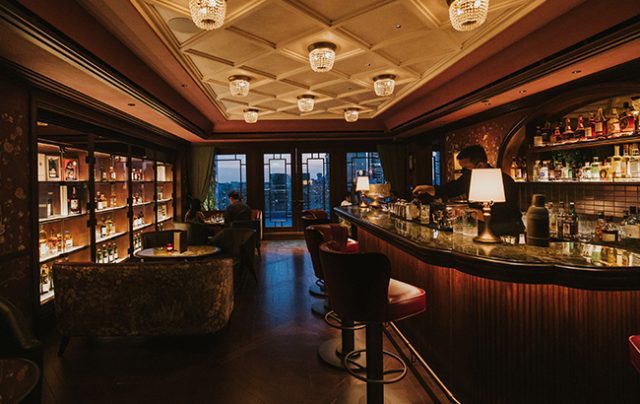 While private members’ club 67 Pall Mall in London is widely known for its wine, its first Asian outpost in Singapore features an extensive whisky collection of 430 bottles and an intimate bar.

Based in the Shaw Centre penthouse in the heart of Singapore’s shopping district, 67 Pall Mall Singapore features a collection of 5,000 wines, showcased in a six-metre floor-to-ceiling wine tower, alongside a selection of signature dishes from the London club and Asian-inspired cuisine.

The 28th floor is host to the Naughty Corner and Whisky Bar, which pays tribute to the London venue’s namesake spirits den. The intimate lounge can seat up to 35 people.

The sky-high site also includes an event space on the 27th floor and a rooftop terrace garden. 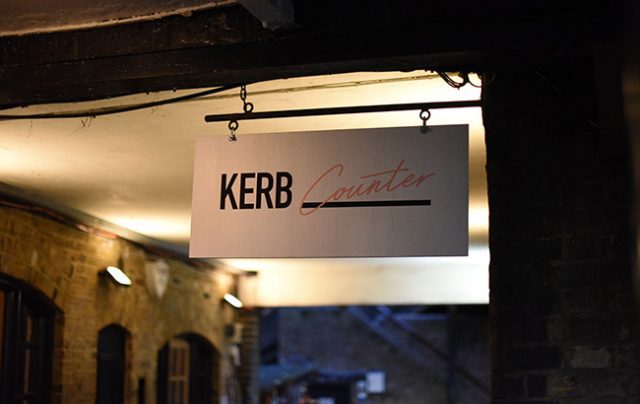 The bar and kitchen space in Shoreditch will host exclusive collaborations, pop-ups and food residencies from a programme of food entrepreneurs.

The first residency is From The Ashes BBQ, which will showcase a menu of Mexican-inspired, barbecue dishes.

Counter will serve as the test site for up-and-coming food projects before moving on to other venues run by the Kerb team across the city.