The spirits industry has welcomed a new trade agreement between the US and the European Union (EU) that marks the end of the damaging tariff on American whiskey.

In 2018, former US president Donald Trump imposed a 25% tariff on steel and 10% on aluminium from the EU.

The EU implemented a 25% tariff on American whiskey and other goods in retaliation, amounting to €2.8 billion (US$3.3bn) worth of products.

The European Commission said its retaliatory tariffs were based on the value of its steel and aluminium exports affected by the US measures, which are worth €6.4bn (US$7.4bn).

In May this year, representatives from both EU and the US said they had started talks to address the trade conflicts, and delayed the 50% tariff on American whiskey that would have come into effect in June, pushing the hike to December 2021.

The next month, the governments agreed to a five-year suspension on tariffs for products such as vodka and Cognac. American whiskey was not covered in the deal.

But American whiskey distillers finally experienced some relief this weekend (30-31 October), when the US government announced a new agreement with the EU.

The Biden administration said it will allow a certain amount of EU-produced steel and aluminium to enter the US without tariffs, though the duties on these products will technically remain in place.

In return, the EU will drop its retaliatory tariffs on American whiskey and other goods, effective from 1 January 2022.

The UK, which has implemented similar duties on American whiskey, has yet to lift its tariffs.

Read on to learn how trade leaders are reacting to the suspension.

President and CEO of the Distilled Spirits Council of the United States (Discus) Chris Swonger said the return to the zero-for-zero tariff agreement on distilled spirits is “instrumental to our export success and job creation”.

“Lifting this tariff burden on American whiskeys not only boosts US distillers and farmers, it also supports the recovery of EU restaurants, bars and distilleries hit hard by the pandemic,” he said.

Swonger also revealed that since the imposition of the EU tariffs, American whiskey exports to the EU have plunged 37%, from US$702 million to US$440 million, from the years 2018 to 2020.

He added: “We have a long way to go, but are fully committed to building back American whiskeys better in the EU.

“Cheers to the Biden administration for their dogged determination to reset trade relations with the EU and bring a stop to the needless damage being done to US businesses caught up in this trade war.

“The end of this long tariff nightmare is in sight for US distillers, who have struggled with the weight of the tariffs and the pandemic. It’s time for the UK to lift its tariff on American whiskeys so we can all get back to toasts, not tariffs.”

Last year, Discus and and Spirits United urged consumers to take action and call for an end to all tariffs on distilled spirits between the EU and the States.

Jack Daniels owner Brown-Forman has revealed it “applauds” the Biden administration for the tariff deal.

Lawson Whiting, president and chief executive officer of Brown Forman, said: “This agreement delivers on the administration’s promise to rebuild the transatlantic alliance by removing tariffs on American whiskey and other US exports, which have been in place now for more than three years.

“Brown-Forman looks forward to the return of a level playing field on 1 January 2022, and continued international growth for American whiskey. We hope a similar outcome can soon be achieved between the US and the UK.”

Last month, the company revealed that it grew its net sales by 20% in the first quarter of fiscal 2022. 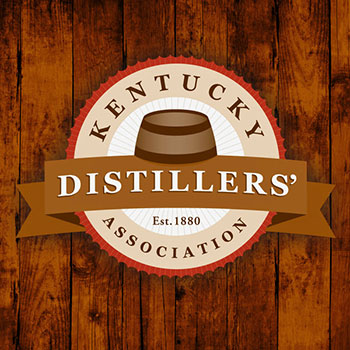 Kentucky Distillers Association (KDA) said its 51 member companies are “thrilled” with the news, and it “couldn’t have come at a better time” with the tariff set to double in December.

KDA president Eric Gregory revealed that the tariffs have slashed exports of Kentucky Bourbon by 50% to the EU and the UK, which has cost distillers, industry partners and farm families “hundreds of millions of dollars”.

Before the tariffs were imposed in 2018, Kentucky Bourbon exports had enjoyed “double-digit growth for a decade”.

He added: “With the suspension of the EU tariffs, we urge leaders from both the US and UK to resolve their own tariff dispute so our legendary distillers can return at long last to doing what they do best – crafting the finest Bourbon for all the world to enjoy.”

The Toasts Not Tariffs Coalition is a trade body made up of 50 associations, and announced that the negotiations have brought them “one step closer to an end to the retaliatory tariffs on American whiskeys”, which is a “cause for celebration”.

A spokesperson said: “The lifting of the tariff on American whiskeys marks the final chapter in the tit-for-tat retaliatory tariffs on EU and US distilled spirits and wine products that have been ensnarled in two trade disputes totally unrelated to the beverage alcohol sector.

“The EU is a critical export market for American whiskey producers. Securing the removal of the retaliatory tariff on American whiskeys provides a boost not only to US distillers across the country, but also to the entire US supply chain from grain to glass.”

Toasts Not Tariffs also stated that this progress “will increase exports and job growth”.

“Returning to duty-free trade for all distilled spirits also brings much-needed certainty to hospitality businesses on both sides of the Atlantic,” the trade body added.

Toasts Not Tariffs body did note that it is time for the UK to step up in the removal of tariffs however, in order to “eliminate the threat of additional tariffs on American wine”.

Also stressing the need for the UK to follow suit in slashing tariffs is the Bourbon Alliance, which called for the UK to “immediately replicate this agreement”, as the tariff “continues to inflict pain on UK importers, the hospitality sector, and the Scotch whisky supply chain”.

The Bourbon Alliance is an allegiance of distillers, restaurants and pubs, retailers, wholesalers and American whiskey fans, which launched its Free the Spirit campaign to urge the removal of the tariffs.

The trade body commented that since 2018, American whiskey imports to the UK have fallen 53%, and the removal of the tariff “will allow venues to fully re-stock their bars for the first time since the dispute began in 2018, driving sales and supporting distillers, importers, and distributors whilst giving their customers the range of products they desire”.

Martha Dalton, co-founder of the Bourbon Alliance, said: “We welcome this announcement and congratulate our colleagues on both sides of the Atlantic who have worked so hard to support our sector.

“The UK must now focus on reaching a similar resolution, working with colleagues in the US to finally remove the tariff which continues to cause such disruption to the UK economy.

“When the UK left the Customs Union, we were promised the freedom to establish an independent trade policy – the time has come to realise the opportunities of Brexit and to cut the tariff for good.”

The Wine and Spirit Trade Association (WSTA) praised the “significant progress” on the steel and aluminium dispute, and commented that it has taken US whiskey producers “out of the firing line”.

He said: “The UK must now capitalise on this momentum without delay, suspend the tariffs, and quickly work with the US to resolve the dispute.

“At a time when the economy is in recovery from continued lockdown, it is vital that we move to support our UK spirits importers and the hard-hit hospitality industry at pace.”

In May this year, Beale also stressed the damaging impact of tariffs on its member organisations.

He said: “Given the year that the hospitality industry has had, we should be doing everything we can to support businesses and jobs in our sector. It is time we removed unconnected industries from this dispute and that both sides commit to reaching a rapid resolution.”

Industry body The American Distilled Spirits Alliance (ADSA) was enthusiastic about the removal of the tariffs, which has been “battering” the spirits industry on both sides of the Atlantic, especially since Covid-19 swept the globe.

President and CEO Matt Dogali said: “We commend commerce secretary Gina Raimondo, ambassador Katherine Tai, and their EU counterparts for their hard work in delivering this result, and hope that a full termination of US and UK tariffs impacting American and Scotch whiskies will soon follow.”

ADSA is also concerned about the lack of action from the UK however, noting that it is both the EU and the UK which are the “biggest markets” for exports of American whiskeys.

“Achieving a full termination of tariffs in both markets is critical for the industry,” Dogali explained.

“It’s time for trade wars to end, and for distillers to once again have the full freedom to do what they do best: producing fine spirits for the world to enjoy.”