Last month’s most notable marketing campaigns included a video tour of the Hendrick’s Gin Palace, a Day of the Dead-themed initiative from Patrón and Italicus’ city-inspired cocktail competition.

Last month, drinks brands unveiled their latest initiatives to tap into eery occasions such as Halloween and the Day of the Dead. Patrón Tequila marked the Mexican festival with a limited edition bottle design and themed cocktails, while Scotch whisky Smokehead created a series of window displays and signature serves ahead of Halloween.

Meanwhile, Campari and Jack Daniel’s asked drinkers to step out of their comfort zones in their latest global campaigns.

There were also several competitions for artists and bartenders to get involved in, including Italicus’ updated Aperitivo Challenge.

Click through to the following pages to learn more about the top 10 marketing moves that caught our eye in October. 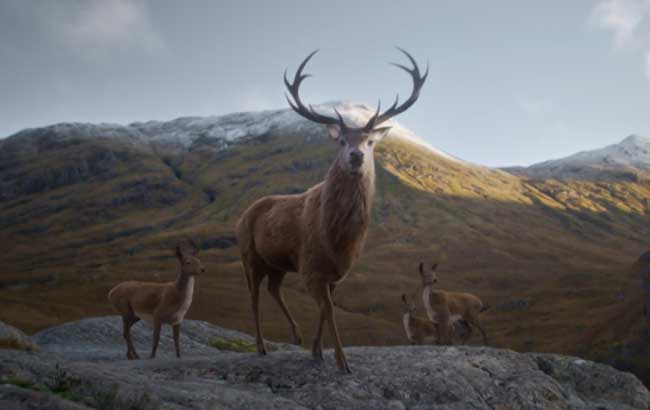 Single malt Scotch Glenfiddich has launched the Where Next? Campaign, which uses its stag symbol to encourage consumers to embrace challenges.

Developed by London‐based creative agency Space, Where Next? features The Stag film, which explores the story behind the whisky brand’s royal stag icon.

The film follows a stag as it loses its antlers and is left vulnerable while awaiting their regrowth. This annual process for stags sees the antlers return stronger than before, a natural cycle that Glenfiddich says highlights the need to “embrace risk in order to grow stronger”.

The campaign will initially roll out across India, China, Australia, Taiwan, Korea and the US, followed by Europe and the UK in 2021. 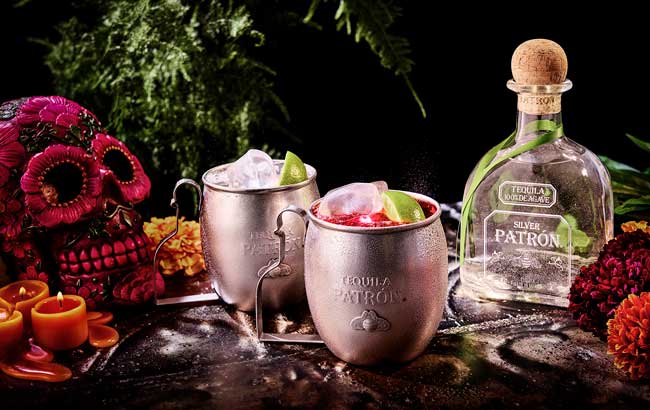 Patrón Tequila marked Mexican festival Day of the Dead with the release of a limited edition bottle design and themed cocktails.

Day of the Dead, which is also known as Día de Muertos in Spanish, sees families and friends come together to remember and celebrate those who have died.

To celebrate the annual occasion in November, Patrón and personalisation store Inkd created a limited edition bottle design featuring symbols of the festival, including butterflies, colourful marigolds and sugar skulls.

The Day of the Dead bottle is available to buy through Harvey Nichols and the Inkd website, priced from £55 (US$72). 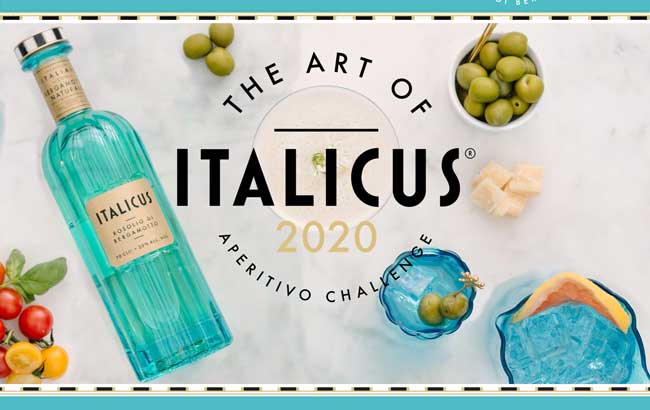 Italian brand Italicus is supporting 80 bars around the world through its updated Aperitivo Challenge, which will see venues create bespoke serves inspired by their surrounding areas.

The Art of Italicus 2020, Aperitivo Challenge Glo‐Cal Edition has seen the brand enlist bartenders in 80 bars across 10 cities to create artistic cocktails. The brand will then work with each bartender to produce online promotional content for their venue. Bars in London, Paris, Milan, Rome, Stockholm, Athens, Barcelona, New York, Las Vegas and Miami have all taken part.

One bartender in each of the cities will be chosen to compete for the title of Best Italicus Bar Artist 2020. The winner will showcase their work through a promotional video. 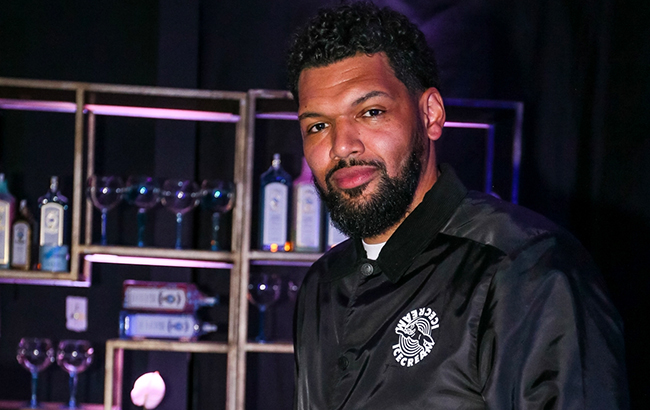 Bombay Sapphire partnered with contemporary artist Hebru Brantley to launch a competition that challenges US artists to design a holiday gift pack for the gin brand.

The competition is an extension of the producer’s Stir Creativity campaign. The winning gift pack design, which will be selected by Brantley, will be sold in the US and Canada in 2021.

The winner of the competition will also be awarded a US$5,000 creative bursary, as well as a mentorship with Brantley.

“Back in 2011, I was an up‐and‐coming artist from the South Side of Chicago and qualified as a finalist for the Bombay Sapphire Artisan Series, which was a turning point in my career,” said Brantley.

“I’m excited to be paying it forward by selecting a rising artist to mentor, inspire hope for a better future, and have their work seen on a national platform,” he added. 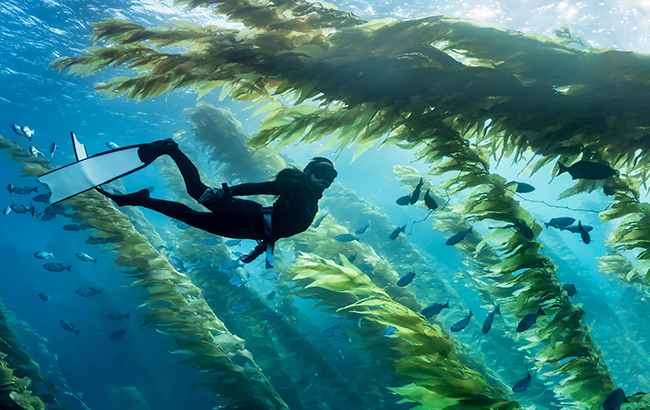 Scotch whisky brand Talisker has partnered with non‐profit organisation Parley for the Oceans on a three‐year scheme to protect marine environments.

The Rewild Our Oceans project will see Talisker and Parley support the preservation and protection of 100 million square metres of marine ecosystems by 2023.

The partnership backs Parley’s mission to raise awareness of the fragility of the oceans and will work to restore, preserve and protect them for future generations.

Cyrill Gutsch, founder and CEO of Parley for the Oceans, said: “We are excited to collaborate with Talisker, a true ocean brand. Together we will explore, research and protect underwater forests.”

Initial projects will focus on protecting kelp forests along the coasts of Scotland. 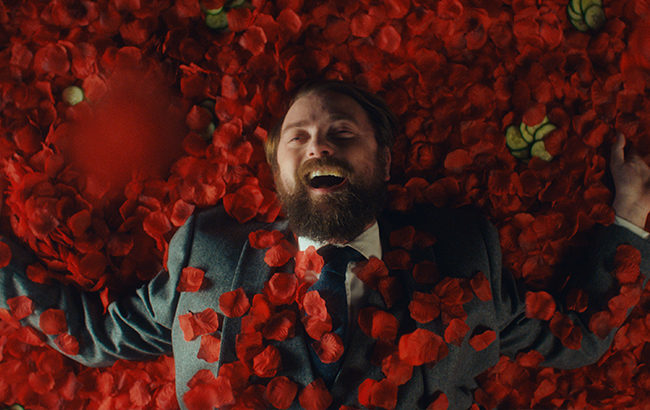 To mark the two‐year anniversary of the opening of the Hendrick’s Gin Palace, owner William Grant & Sons has released a video tour of the Scottish distillery.

Located in Girvan, Scotland, entry to the Gin Palace is by invitation only. However, to mark two years since its opening, Hendrick’s has released a four‐minute film that takes viewers on a tour of the site.

The film was designed to offer gin fans a greater understanding of the production processes involved in the creation of Hendrick’s Gin.

Hendrick’s global brand ambassador Ally Martin said: “Everything we do and every way we behave links back to one thing and one thing only: our liquid. Seeing that liquid being brought to life in this way is an incredibly useful tool in our global advocacy efforts.” 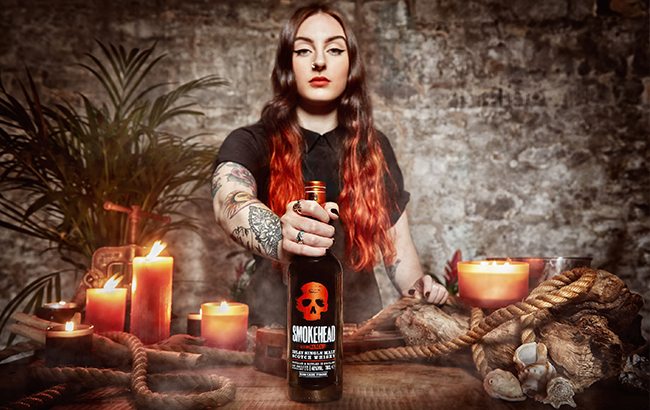 Islay single malt Smokehead marked Halloween with a series of window displays and signature serves to drive sales in the UK.

The whisky brand unveiled Smokehead‐themed Halloween window displays in specialist alcohol stores in the UK, as bars and retailers stocked up on its core Islay single malt High Voltage, Sherry Bomb and Rum Rebel expressions ahead of Halloween.

Smokehead teamed up with its partner bars to offer the Freakishly Tasting Halloween Cocktail range, which includes the Killer Kimchi, Don’t Bite Snow White and the Frankenshake. Recipes can be seen on the brand’s YouTube page.

Iain Weir, Smokehead brand director, said: “We’re looking to cause a spooky stir in the trade this Halloween with our eye‐ popping off‐trade window displays and scarily tasty cocktails.” 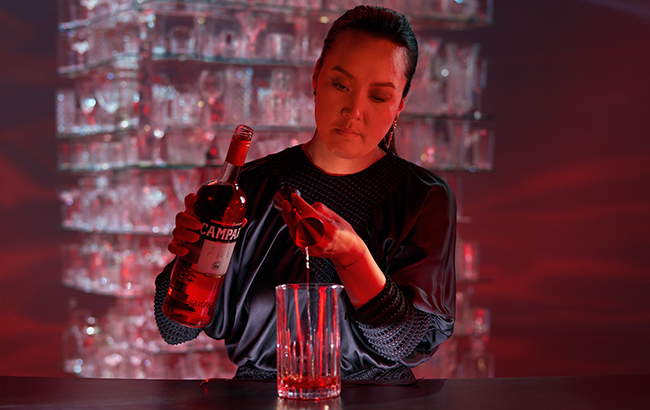 Italian bitters brand Campari has partnered with artists around the world to create its new Red Passion campaign.

Developed by director Matt Lambert, the Red Passion campaign features a series of films that showcase artists, and encourage the audience to embrace challenges in their lives.

The films include appearances from artist and saxophonist Bendik Giske, director Margot Bowman, performance artist MJ Harper and bartender Monica Berg (pictured). The videos are available to watch on YouTube, the Campari website and the brand’s Instagram page.

Francesco Cruciani, managing director Italian icons at Campari Group, said: “Working with director Matt Lambert to deliver his unique style and artists such as Monica, Bendik, MJ and Margot was truly eye‐opening as we saw Red Passion in action.” 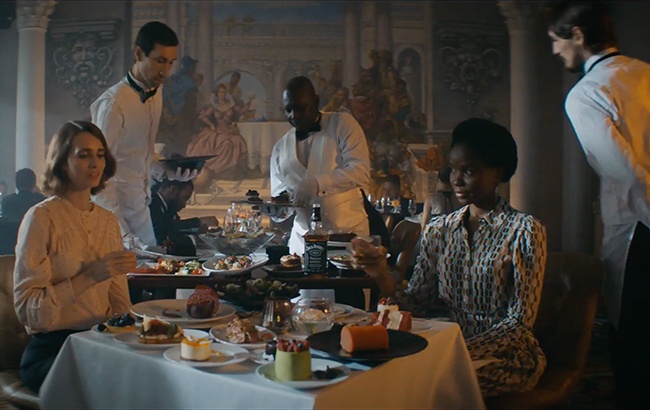 The first advert from the new Make it Count campaign is titled First Timers, and seeks to highlight drinkers who “choose to live boldly and try something they’ve always wanted to do”.

The ad forms part of a cross‐channel campaign including TV, social, digital and out of home in more than 100 countries.

“With Make it Count we have a platform that resonates with consumers, and carries the message of Jack’s bold, independent spirit,” said Matias Bentel, chief brands officer, Brown‐Forman.

Jack Daniel’s has also created ‘The Countdown is On’ kits for the on‐trade, which include Christmas jumpers and merchandise for bar staff. 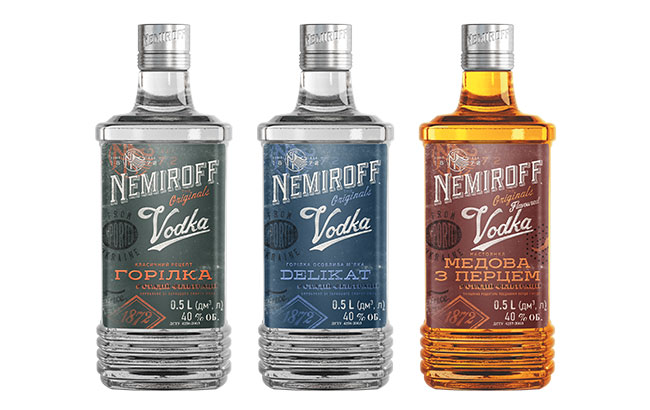 Nemiroff has given its entry‐level range of Ukrainian vodkas a brand refresh. Nemiroff Original, Nemiroff Delikat and Nemiroff Honey & Pepper vodkas will all now be sold in an updated bottle design.

Changes include a new bottle shape, moving from the former rectangular bottle base to a square one, said to be easier to hold. The new label also features updated fonts, colours and graphic elements to depict the brand’s history in a modern way.