Vermouth is enjoying a resurgence, and Italian producers have banded together to ensure quality remains paramount. The Spirits Business looks at how a perfect storm of consumer trends means the time is ripe for the category to truly take of. 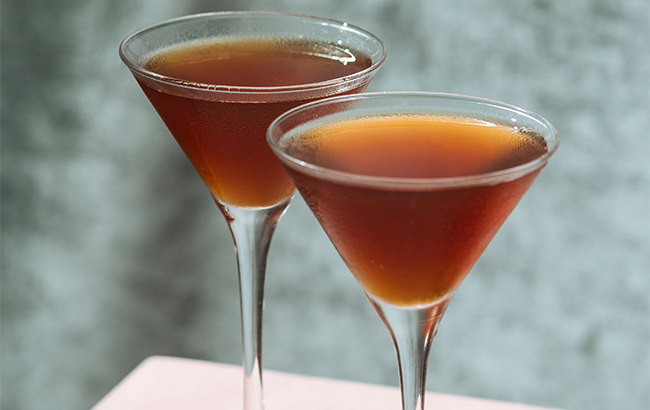 There’s a ‘national’ day to toast every spirit and cocktail you could imagine – and there’s even a World Cucumber Day, much to Hendrick’s Gin’s delight. June brought about a week­long celebration for the Negroni and a commemorative 24 hours for the Martini. As bartenders have embraced experimentation, traditional spirits have been switched in both cocktails to put a twist on the classic recipe. But the one factor that has remained constant in both serves is vermouth.

For years, vermouth was shoehorned into the aperitivo hour or as a secondary ingredient in some of the best­-loved mixed drinks. More recently, however, vermouth has started to make an impression on the drinks world, and both the trade and consumers are beginning to realise there’s more to this aromatised fortified wine than it has previously been given credit for.

There are numerous forces at play when it comes to driving vermouth’s popularity. “Three key factors really stand out here: the revival of classic cocktails like the Negroni and Manhattan, a growing taste for bitterness among consumers, and a rediscovery of vermouth’s versatility and complexity among bartenders,” notes Nick Stringer, global brand vice-­president of Martini. “Combined, these three factors have created an environment where consumers are discovering a wider range of vermouth-­based cocktails in bars, finding a new flavour profile they enjoy, then experimenting with vermouth at home.”

Vermouth also benefits from its ability to fit into the low-­ and no­-alcohol trend, as consumers continue to adopt the ‘drink less, but better’ ethos that the industry has encouraged for so long. Many producers have released lower-­abv spirits, and household brands have created line extensions to cater to the growing low­- and­ no- phenomenon.

For vermouth, however, the low­-abv appeal is already in place. The European Union defines vermouth as “aromatised wine to which alcohol has been added, and whose characteristic taste has been obtained by the use of appropriate substances of artemisia species”.

“The alcohol­-free drinks contingent has evolved by numbers and sophistication to cater to those looking for more healthy drinks options,” says Erica Marrone, El Bandarra brand ambassador. “But it is also the case that consumers are increasingly cutting down rather than cutting out alcohol. They want a lighter option, and vermouth provides that. Instead of no/low-­spirit, vermouth straddles the line between wine and spirit. By being fortified and aromatised with botanicals (up to 50 in our El Bandarra Red), the vermouth transcends from being a wine into something akin to a spirit.”

El Bandarra uses different grape varieties to impart distinct flavours to each expression, such as Xarel­lo, which “expresses the terroir of Catalunya (or Catalonia) with its minerality and abundant apple and citrus fruits”. El Bandarra Red is blended with Macabeo, while White Grenache grapes are used for El Bandarra White. The new pink El Bandarra Rosé variant is made from Grenache grapes that are grown at high altitudes to preserve red fruit flavours and acidity.

Italian drinks group Bottega also put great thought into its grape varieties when creating its vermouths. Known for its Prosecco, the company moved into the vermouth category in October 2017 with the launch of Bianco and Rosso expressions. In a similar fashion to El Bandarra, Bottega sources its grapes from the local area to create both products. Vermouth Bianco Bottega is made with Pinot Grigio, while Vermouth Rosso Bottega uses Merlot – and each contains more than 30 herbs, flowers and spices.

SPECIFIC GRAPES FOR BASE WINES

“Average vermouths are usually produced using very bland, not aromatic, neutral grapes, such as Trebbiano,” says Sandro Bottega, owner and managing director of Bottega. “Being a winery, Bottega opted for specific grapes as base wines for these vermouths. We have decided to use products from the Bento region to enhance the uniqueness and personality of the products, in line with the overall Bottega production. The quality of the base wines and their personality make the final product stand out from mass-produced products.”

As well as having an interest in locality and a penchant for lower­-abv serves, consumers are keenly conscious of their environmental impact. William Grant & Sons played perfectly to this audience when it released Discarded in 2018, a sweet vermouth infused with cascara, the outer fruit of the coffee berry. Each year, billions of tonnes of cascara are sent to landfill or recycled as fertiliser.

Discarded, however, steeps cascara in alcohol then blends the infusion into the base of a fortified wine – a second ‘up-cycled’ ingredient, previously used to season whisky casks then sold on to make other wine­-based ingredients such as vinegar – along with other botanicals. With sustainability increasingly in consumers’ minds, they can really relate to Discarded’s eco-friendly message, believes Tom Stannard, global marketing manager, innovation at William Grant & Sons.

“Cascara is our lead message as it’s tangible for consumers,” he adds. “It’s easy to relate to, and, most importantly, it’s absolutely delicious. In essence, we are taking two waste products of the drinks industry and blending them to produce a sweet vermouth showcasing our purpose: to creatively champion the discarded.”

Vermouth’s expansion has been so great that 18 producers joined forces to create the Instituto Vermouth di Torino in 2017 to better protect the expanding category. Vermouth di Torino had been guarded by a geographical indication (GI) since 1991. But it wasn’t until March 2017 that specific characteristics and production methods were outlined in law to distinguish vermouth made in Italy’s Piedmont region from other regions and styles. The legislation states Vermouth di Torino is the “aromatised wine obtained in the Piedmont using one or more Italian wines, with the addition of alcohol, flavoured mainly with artemisia (wormwood) together with other herbs and spices”. Other factors include an alcohol content of between 16%­ 22%, and specified sugar quantities for products wishing to label themselves as ‘extra dry’, ‘dry’, ‘dolce’ or ‘base wines’.

“Having ‘di Torino’ on the label means everything is under control and protection is taken care of,” explains Roberto Bava, owner of Cocchi vermouth and chairman of the Instituto Vermouth di Torino. “All ingredients will be checked at production, the method, analysis, control of fake products on the market – all of this is going to happen. Vermouth di Torino is a benchmark.”

It’s not just small brands that have backed the introduction of the Instituto Vermouth di Torino. Smaller, independent companies such as Cocchi are part of the body, as are household names such as Cinzano and Martini & Rossi. But as the category expands, are big brands finding it harder to compete against their ‘craft’ counterparts?

“Big vermouth brands should not find it hard to compete if they continue to innovate, deliver consistent quality and put the consumer at the heart of what they do,” insists Martini’s Stringer. “Martini has remained a category leader through 156 years of change, thanks to the quality and versatility of our range, which balances classic staples like Martini Rosso with new additions that have been launched in response to demand.”

Martini’s “customer­-centric” approach is evident in its rollout of Martini Fiero this year, designed to tap into the growing trend for colourful spirits. “We identified a clear trend for bold-­flavoured, brightly coloured drinks, and following the success of pink gin last year, as well as other products such as Aperol, we launched Martini Fiero as an exciting new addition to the summer drinks category,” says Stringer.

“Alongside the peel of sweet Spanish oranges grown in Murcia, we also use artemisia harvested just down the road in the village of Pancallieri. This underpins the quality promise of Martini Fiero and is important for creating the product’s distinctive flavour as well as its authenticity – a winning combination that Martini is proud to be known for.”

For Cocchi’s Bava, smaller brands need the muscle of Martini to ensure the category’s longevity. While he acknowledges the competition, he is also aware of the groundwork that has been put down by the big players in the category, and believes the future growth of vermouth will be reliant upon both big and smaller brands working in sync with one another.

“A competitor is a competitor, but our common goal is to build consumer demand,” Bava explains. “I am a small guy in a way, but if I want to grow, I need demand to grow. Our role is to support the quality perception of the category, but we know we are humble enough to know that we could never fulfil demand on our own, which I expect to keep growing for a while.”

“There’s no question that the number of craft brands will increase – this will be positive as they will help drive value, quality and greater awareness of the category,” he insists. “I expect they’ll also bring new innovation and creativity to the category, which can only be a positive thing.

“There’s no question to me that the original brands in the premium segment will remain the leaders and drive the premium­-plus sub­category, but as with everything, we need to increase the size of the cake together, not simply try to steal each other’s piece today.”