New regulations about spirits labelling have shone a light on the level of transparency in vodka. The Spirits Business speaks to producers and industry insiders about how the sector can move forward. 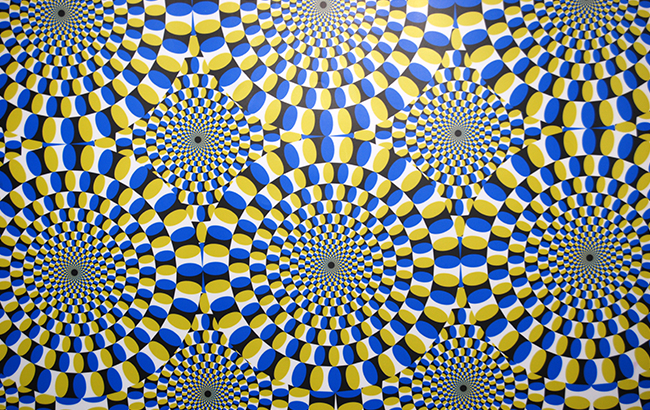 Last month the EU published its rules on the ‘definition, description, presentation and labelling of spirit drinks’ under the sexy title Regulation (EU) 2019/787. These replaced the old rules (110/2008), which were born after a turbulent debate, dubbed the ‘vodka war’. This was when some member states, including Poland, argued that the spirit should be made only from cereals or potatoes, while others disagreed. “In the UK vodka had been made from sugar beet for 50 years, and other members were using grapes or apples,” explains Spirits Europe’s internal market director, Nick Soper.

To pacify the Poles, a compromise was struck that has been upheld in the new regulations. They state that any vodka not distilled from potatoes or grains “shall prominently bear the indication ‘produced from…’,” be it grapes or whatever. This time the updated rules have caused less of a stooshie, though Spirits Europe is concerned that the spirits category definitions have been set in stone. The 110/2008 rules had a useful mechanism to allow updates, and its “removal is going to cause problems”, says Carole Brigaudeau, Spirits Europe’s communications director.

On the plus side, one loophole has been closed, according to Soper, who says: “There’s a new provision in the law that will allow custom authorities to seize fake spirits with a geographical indication (GI) in transit through the EU.” Of the 234 GIs for spirits, there are five for vodka, from Sweden, Finland, Poland, Lithuania and Estonia. Other rules covering vodka allow it to be sweetened ‘to round off the final taste’ to a maximum of 8g of sweetening products per litre, while the limit on ethanol has been set at 10g per hectolitre at 100% abv.

Behind the talk of GIs, sweeteners and ingredients lies the drive for more openness. “The vodka industry is working its way towards greater transparency,” says Ben Lindsay, director of Garnish Communications, who set up the Global Vodka Alliance (GVA) in 2017.

“Particularly in the UK market, vodka producers are learning from gin, which has been very good at talking about where it comes from, making it seem like a premium product.” He believes the candyfloss era of flavoured vodka has gone, and the same may be true of the ‘bling’ years. To anyone still charging a fortune for the cheapest neutral grain spirit filtered through diamonds, he has a message: “I don’t think that’s good enough for the modern consumer. If you’re going to pay a premium price for a product, it should be because of its premium production methods. I don’t think the consumer is battering down the door on this, but I do believe they’ve become smarter. They know more now.”

Spreading knowledge is what the GVA is about. “If you add sugar, we’re not saying that’s a bad thing,” says Lindsay. “We’re saying please explain in a way that consumers can find out about it very easily.” Persuading the industry to embrace transparency has been quite a challenge, he says: “I’ve spent the past couple of years visiting lots of distilleries and people have been very reluctant to talk to even me about how they produce their vodka. I’ve worked in lots of spirits and vodka tends to be the shadiest.”

John Stirling, director of the Scottish ‘field-to-­bottle’ distiller Arbikie, whose first spirit was a potato vodka in 2014, says: “The drive for mass global production has made it far more important for people to choose. If they can see clearly where stuff is coming from it allows them to make the choice of whether to buy that product or not.” With vodka there has always been a temptation to source the cheapest grain and distil the most neutral spirit possible, especially if it is going to be drowned under a sweet mixer. But today the issue isn’t just about taste, as Stirling points out. “The environment is such a huge issue that people want to know where their product is being produced and whether it’s being done sustainably,” he says.

“Not everyone, of course. There are people who will not care less, but there are those who do and who want to be able to make a choice. There are brands sold as premium vodka where the ‘premium’ part is the bottle, the branding and the celebrity endorsement. Whereas the fundamentals should be the taste and what the liquid’s made of.”

However, he accepts that having a sense of provenance, a key driver of the ‘craft’ movement, has been lost in this most global of spirits. Adnams’ head distiller, John McCarthy, agrees: “Vodka will always struggle because most people will want it as a carrier for other flavours. In the UK I don’t think there are many people who sip vodka, which is a shame.”

That said, drinks like vodka and soda, the so­-called ‘skinny bitch serve’, are becoming increasingly popular among health-conscious consumers, and that will help reveal the spirit’s underlying character.

McCarthy is on a mission to do this at Adnams with his three vodkas: Adnams East Coast, Long Shore and Rye Hill. “If you read EC 110/2008, vodka can taste of what it’s made of, which is good as it means you don’t have to filter out all the flavour molecules,” he says.

“If you’re paying a premium, why should it taste of nothing?” That more or less complies with the EU’s definition of a spirit: ‘distilled so that the organoleptic characteristics of the raw materials used, and by­products formed in fermentation, are selectively reduced.’

It may be more of an issue in the US, at least theoretically. In the States, vodkas are ‘neutral spirits… without distinctive character, aroma, taste or color’, to quote the Alcohol and Tobacco Tax and Trade Bureau (TTB). In practice these definitions are being stretched on both sides of the Atlantic, and Lindsay admits: “The lines are becoming quite blurred.”

James Chase, of Chase Distillery, which in 2008 pioneered UK farm distilling, insists: “Drinkers are indeed more interested in the provenance and authenticity of the spirits they consume.” He points to the distillery’s 40% growth in annual visitor numbers as evidence. “Thanks to gin, it seems everyone’s become a lot more savvy about spirits.” He is all for greater transparency, and if asked to list every ingredient on the label says: “Bring it on. If we needed to adhere to the same labelling requirements as the food industry, our Chase vodka would state only potatoes and spring water.”

That could be an issue for Smirnoff, for example, whose base ingredient varies depending on which of its 16 distilleries around the world it comes from.

Artisan distillers are bound to stress provenance and traceability more than the big brands, yet things may be changing. Last year Absolut promoted itself as ‘the vodka with nothing to hide’ in a short film featuring 28 employees running through wheat fields naked. On its website, Grey Goose claims to be ‘100% traceable from crop to cork’, above a headline reading ‘Don’t fall for myths’, which is followed by three statements: ‘All vodka is gluten-­free’; ‘Writing “handmade” on a bottle is easy’; and, ‘If you need to distil more than once, you need better ingredients’.

As to the first point, Nick Soper is adamant. To label your vodka gluten-­free is “horribly deceptive, and it’s also illegal”, he says, referring to the EU’s strict food-labelling laws on allergens. Unfortunately, the TTB’s rules do allow spirits to promote themselves as gluten-free in the US if made from ingredients that contain no gluten, such as grapes or potatoes, and this merely fuels the misinformation on the web. It is like selling ‘organic mussels’ when all mussels are organic.

While Diageo is free to promote its grape­-based Cîroc vodka as gluten-­free in the US, commentators have argued that the implied superiority is a complete myth – but of course it’s not the only producer capitalising on consumer caution.

Chase, who is now based in the US, believes: “It is up to us as an industry to self-police. Why should we feel the need to be dictated to by more and more rules and regulations? We all should understand better than the bureaucrats what is reasonable, true and fair in our industry. For those who do not, let’s call them out.”

Meanwhile, he predicts: “The big brands will start shifting their message to ‘craft’, ‘family’, and all those other lovely PR words they like using.” But he has faith in the ability of top bartenders to sniff out the truth when it comes to vodka and serve it to consumers.