Global sales of Irish whiskey have soared by more than 300% in the past decade as quality and innovation draws in new drinkers. We present award-winning expressions from our recent blind-tasting competition.

Looking across multiple categories, from blended to single grain, a wide range of whiskeys were awarded the top accolade of Master medal for their quality. 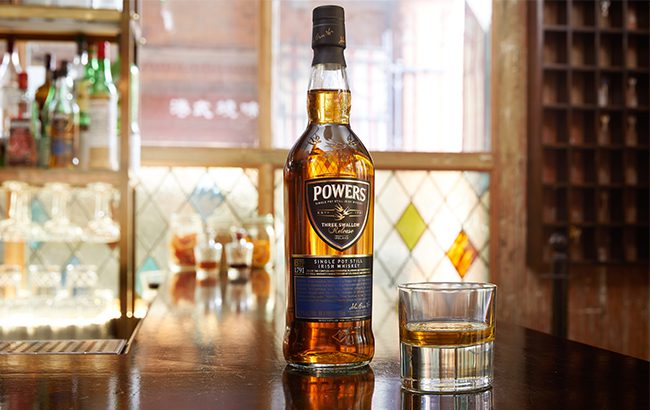 The Single Pot Still – Super Premium contingent produced a Master in Powers Three Swallow Release – “a perfect example of skilled whiskey-making”, according to one judge.

Powers Three Swallow is made from a mash of malted and unmalted barley, then tripled distilled in copper pot stills. It is matured in Bourbon barrels before being finished in aged Sherry casks.

The Irish whiskey takes its name from when the Power family would bring a small flask of Powers whiskey on their coach journey to enjoy, but not enough was consumed to interfere with their jobs.

The name was also inspired by the migration of the Irish swallow, which signifies the beginning of Ireland’s distillation season. Historically, Powers has used two or three swallows to indicate the age, quality and purity of its products. 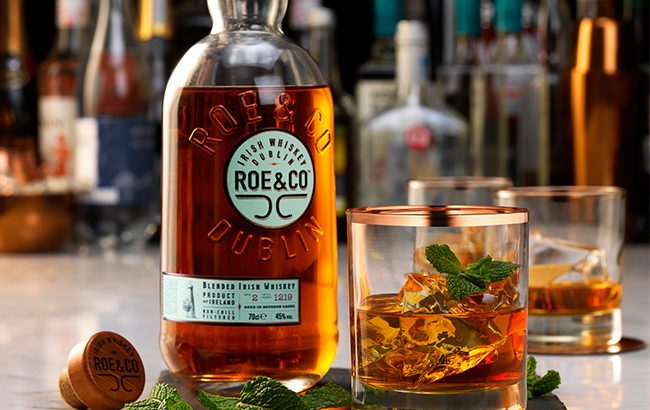 Diageo’s Master-winning Roe & Co was described by judges as “smooth, with all the complex fruit flavours working in harmony” in the Blended – Standard category.

In June this year, Diageo kicked off production at its Roe & Co distillery in Dublin, marking another stage in the capital’s Irish whiskey renaissance. 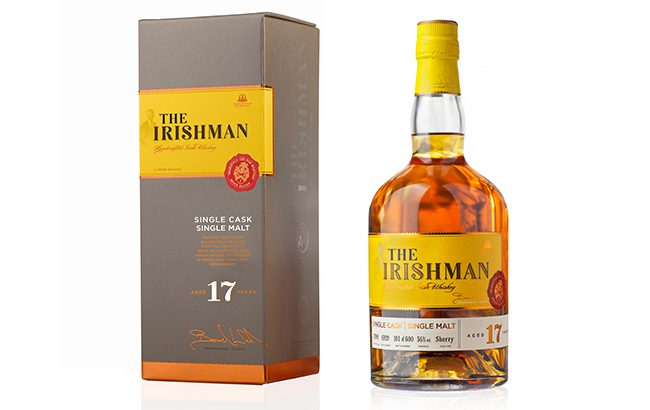 In the Single Malt – Super Premium round, Master medallist The Irishman 17 Year Old Single Malt was said to have an “autumnal nose” and “elements of stone fruit”.

The expression was launched in October 2016 to mark the opening of Walsh Whiskey’s distillery at the 18th century Royal Oak estate. 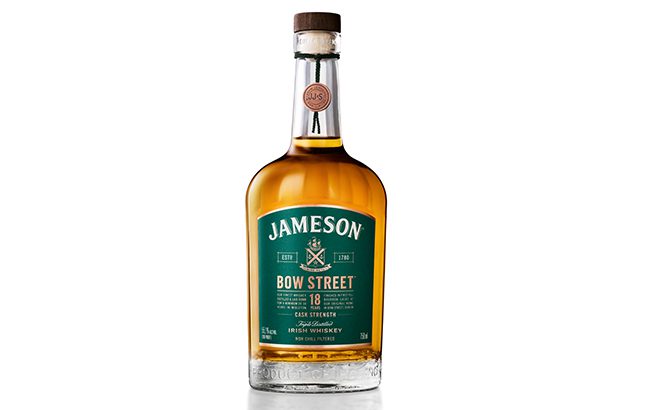 A Master was bestowed upon ultra‐premium Jameson Bow Street 18 Years Cask Strength (Batch 2) in the Blended – Ultra Premium round.

The judges described the whiskey as being “all dried flowers on the nose” leading to “beautiful fruitiness” on the palate.

Launched in February this year, the 55.1% abv whiskey is a combination of three components that have been distilled and aged at Jameson’s Midleton Distillery in County Cork: a pot still whiskey filled into second-fill ex-Bourbon casks in 1999; a pot still whiskey distilled in 1997 and filled into Bourbon casks, before moving into first-fill Sherry casks in 2006; and a grain whiskey from 1999 that has aged in first-fill ex-Bourbon casks.

These whiskeys are then married together and filled into first-fill ex-Bourbon casks, which are left to mature at visitor centre Jameson Distillery Bow Street for a final six to 12 months. 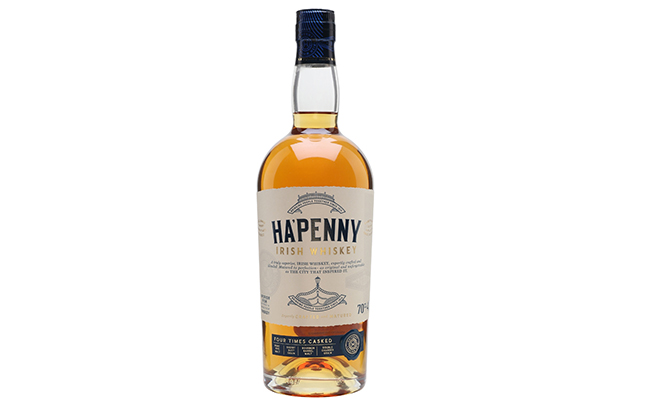 A Master was found in the “creamy and rich” Ha’Penny Four Cask, which offered flavours of “lemon curd” and “spice”.

The US$23m Pearse Lyons Distillery opened in September 2017 at the heart of The Liberties region of Dublin, based in a converted church. 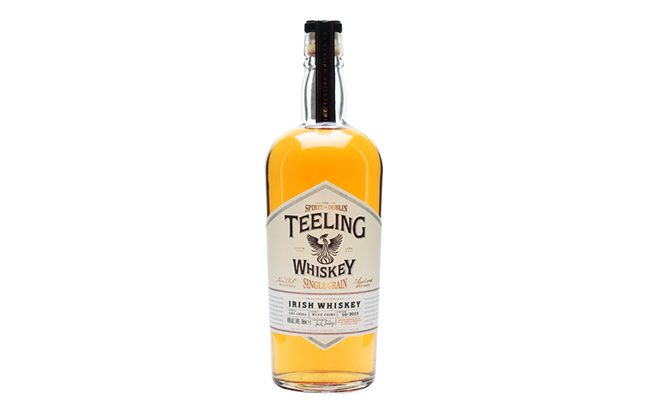 Teeling Single Grain was given the Master accolade in the Single Grain – Premium flight. It was praised for its flavours of “sweet, buttery shortbread” on the nose and “characterful palate” of “vanilla and wood”. 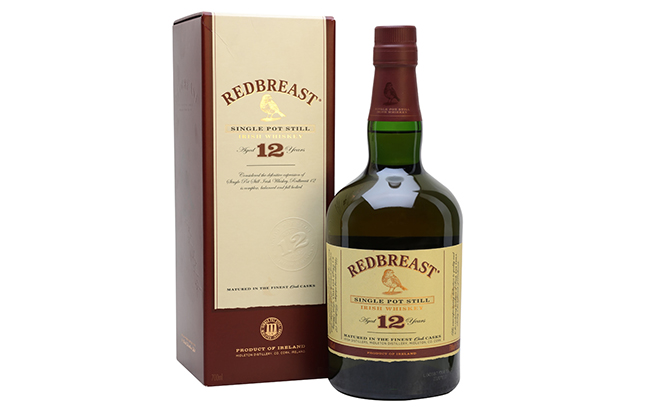 Redbreast 12 Year Old has been matured in a combination of Bourbon and Sherry casks.

Last month, Pernod Ricard-owned Irish Distillers updated the look of its Redbreast Irish whiskey range, more than a century after the brand was first introduced. 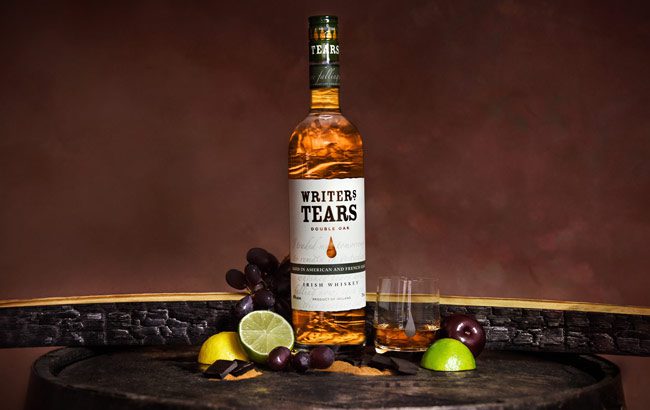 Another Master was secured by Walsh Whiskey for its Writers’ Tears Double Oak, which the judges described as having an aroma of “cherry bakewell” and a “rich finish”.

Double Oak has been matured in both American and French oak casks, with the American barrels imparting “bolder flavours” such as vanilla, while the French oak influence offers “silky tannins, a light sweetness and fruity flavours”.

Writers’ Tears Double Oak is the result of a collaboration between the whiskey maker and the Legaret family in Cognac, France. 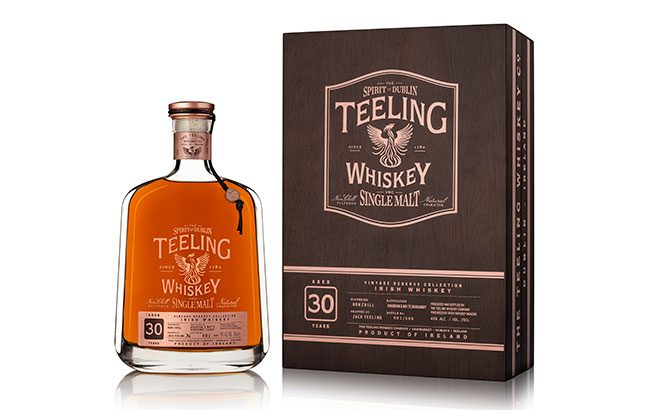 The expression was also given the top accolade of Taste Master, following a retaste of all of the Master-winning expressions during the competition.

The panel delighted in the expression’s “peach nose”, which led to a “creamy, spicy” palate.

Launched in October last year, the 30-year-old Teeling single malt was distilled in 1987 and initially matured in ex-Bourbon casks for 25 years, before being aged for an additional five years in ex-white Burgundy French oak casks. 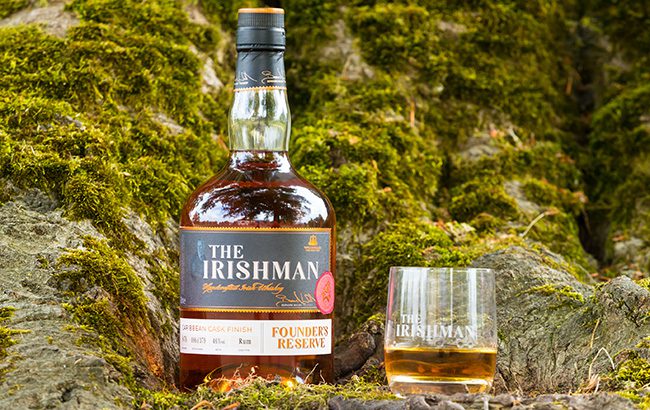 Walsh Whiskey picked up another Master for The Irishman Founder’s Reserve Caribbean Cask Finish, which judges described as “really fresh and unusual”.

Only 12 casks of the expression were released last June, with each cask generating 380 bottles. The liquid has been non-chill-filtered and bottled at 46% abv.