Vodka brands on taking an alternative approach to flavour

The days of sickly-sweet flavoured vodka are behind us. Now, brands are looking to impart flavour with ‘real’ ingredients – and taking inspiration from the resurgent gin category. 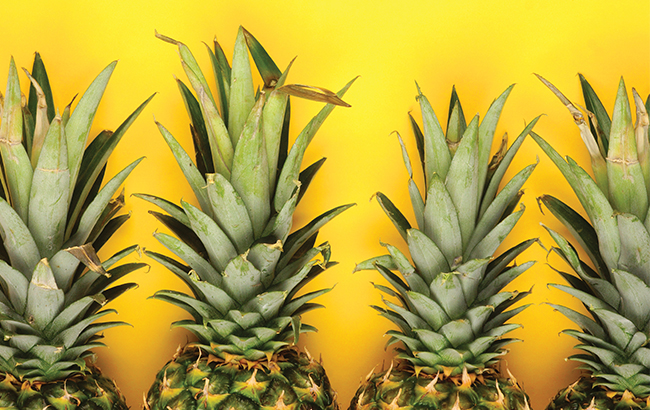 “A lot of brands have disappeared, and quite rightly because the majority were shit,” says Moorland Spirits Company co­-founder Nick Strangeway, pulling no punches while sharing his views on vodka’s infamous flavour boom and bust. The category’s flavoured success peaked five or so years ago with enough confectioned expressions to put Willy Wonka’s Chocolate Factory to shame.

Since then, vodka has undoubtedly been overshadowed by gin, which has enjoyed an extremely fashionable turn in the last few years. While the botanical spirit has created a global buzz, vodka has languished, viewed by many as a ‘neutral’ spirit lacking flavour and pizzazz – and unfairly so, according to leading producers.

“Gin is the talk of the town so a lot of producers put time and effort into it,” says James Chase, head ambassador at Chase Distillery. “But people have a bad perception of vodka. We’ve always wanted to challenge that and show our vodka has a lot of flavour. You only need a few good producers to help vodka bounce back again.”

Although vodka is all too frequently viewed as the underdog compared with the likes of gin or Bourbon, it is still shifting some impressive volumes – almost three billion litres in 2018, according to Euromonitor International figures. As consumer trends change, vodka brands have taken an alternative approach to flavour to enhance the category’s ‘cool’ credentials, replacing sickly-­sweet gimmicks with a more sophisticated, ‘natural’ slant.

“Traditionally, vodka was made with flavours you’d find nearby,” explains Strangeway. “In Russia and Poland around four or five centuries ago, they were making vodka with local flavours. Each big house would have a distillery, mainly for medicinal purposes, but also pleasure. In the past 30 years, vodka moved away from that idea. When I started in the industry, the only ‘flavoured’ vodkas you got were Polish and Russian – then Absolut came along and did a great job of flavouring vodkas, just in a very different way.”

The Moorland Spirit Company, which produces Hepple Gin in Northumberland, UK, released its first vodka in 2018: Douglas Fir. The unusual flavour was the result of experimenting with botanicals for Hepple Gin, but Strangeway and his team thought the douglas fir flavour deserved its own spotlight. “We found you can get very intriguing flavours from douglas fir if you know how to manipulate it,” Strangeway says. “We found it interesting that it could give you tropical melon and grapefruit notes if treated properly.”

Strangeway’s team is not the only one that has been dabbling in flavour experimentation; fruit-­led and savoury approaches to flavour have been growing in the category lately. Amber Beverage Group is preparing to expand its Moskovskaya Vodka brand with the launch of four new flavoured expressions this year. In a similar fashion to The Moorland Spirit Company, Moskovskaya’s new releases have gone for more ‘natural’, innovative flavour combinations, and will comprise Cranberry Lime, Horseradish Honey, Pickle Dill and Ginger Lime.

“While Russians are known for drinking vodka straight, they are also incredible masters of infusing vodkas with fruits, herbs and spices,” says Renatas Alekna, global brand director of Moskovskaya Vodka. “Young consumers are more willing to experiment, but they are looking for more unique flavour combinations. The most popular are natural flavours or their combinations, such as ginger, cucumber, pepper, chilli, cinnamon or mint, followed by fruity flavours.”

It is clear that vodka producers are taking cues from gin, which is unsurprising given the category’s glowing success. Numerous brands have released barrel­-aged gins over the past couple of years, and the potential to create flavour using similar means has not gone unnoticed by vodka distillers. London’s Bimber Distillery is a good example, creating an oak­-aged vodka made from a four-­times distilled wheat vodka base that is then infused with cinnamon sticks, vanilla pods and dried cloves in an ex-­Bourbon barrel for three months.

“We tried to do something unique, something that hadn’t been done before,” explains Dariusz Plazewski, Bimber Distillery founder and director. “The vodka was designed for people who want to try a lighter version of whisky, but it is also great for attracting rum or Cognac drinkers to the category.” He hopes this creative approach will open up the category to spirit drinkers who would not normally try vodka because of the misconceptions people have about it.

Chase Distillery has also carried out its fair share of cask experimentation with vodkas that “sell out every time”, according to James Chase. “We just can’t make them quick enough,” he says, citing the Cognac Cask Aged Marmalade Vodka as one of his favourites. “Our classic style has always been our hero line. Most vodkas are made from grain alcohol, but we distil from potatoes, and we always believe they have an immense amount of flavour. We’re seeing a huge rise in the number of people wanting to experiment with flavour.”

As the vodka category endeavours to remain relevant in the crowded spirits marketplace, brands have also been releasing line extensions that focus on flavours while tapping into alternative trends.

One example is Diageo’s Ketel One Vodka, which last May brought out a range of low-abv botanical spirits. The ‘first­-of­-its-­kind’ range has an abv of 30%, and is made with no artificial flavours or sweeteners and no added sugar. Available in three flavours – Peach & Orange Blossom, Cucumber & Mint, and Grapefruit & Rose – it is recommended served with sparkling water, ice, and garnished with herbs, citrus or fruit.

But by taking such similar routes of innovation to gin, does vodka risk losing its identity and creating confusion about what separates the two categories?

“Most gin on the market is actually not gin,” explains Bimber Distillery’s Plazewski, “it’s flavoured vodka. But because vodka has got a bad reputation, they call it gin. Gin is cooler, it’s looks better, and that’s why producers are using this on the label. A lot has to be done to remove confusion. It’s going to take time to just explain to consumers what they’re drinking, it needs education and for producers to be honest about what’s in the bottle and on the label.”

Chase also shares the view that a lot of flavoured vodka is masquerading as gin. But he finds consumers are not purposefully choosing to be vodka, gin or even whisky drinkers. Instead of being loyal to a category, Chase says consumers are finding allegiances with individual brands again.

“Ketel One is a vodka but it made a botanical spirit under its brand name, and consumers still want to drink it,” says Chase. “Consumers are drinking brands they trust, rather than categories – it’s the same thing we’re seeing with Champagne and English sparkling wine.”

Gin, however, is not the category’s sole competition. Chase notes how Tequila is “doing a great job at taking away vodka drinkers”. To keep vodka in the forefront of consumers’ minds, flavour innovation will not suffice. Producers must also do better at communicating values that have become important to their audiences: provenance, heritage and traceability.

“Look at Tito’s in the US,” says Chase, “they’ve done a great job to bring vodka back to authenticity. It’s probably a bit debatable the scale they’re now working to and calling themselves ‘handmade’, but I do think there’s scope for producers who tell an honest story to shine.”

Opportunity also rests in the growing number of consumers seeking healthier lifestyle choice, he says. “Vodka and soda is probably one of the best­-known, low­-calorie options,” Chase notes. “From a house­-serve point of view, it’s also probably one of the biggest­-selling mixed drinks. We’ve seen a huge rise in ‘healthy drinking’ in the last few years – and vodka is being lifted by that health movement and people wanting fewer calories.”

For Plazewski, vodka’s future will be dependent on the growing number of smaller, ‘craft’ producers joining the category, rather than the big players – again drawing comparisons with gin’s path to success. “Lots of distilleries created premium gin and changed the category drastically,” he says. “The same needs to happen with vodka – and it is happening.”

Chase, however, is confident that provided quality prevails, consumers will be naturally drawn back to vodka as they look to “get away from what everyone else is drinking. It’s something we see happen all the time; if people want something cool, they’ll turn away from what’s popular and revert to something else,” he says. “I keep talking about flavour, but I do believe all you need is a few good producers and great products, and it can only be good for the industry and nature of the category.”