Diageo’s John Kennedy on acting quickly to stay ahead

Diageo may be one of the biggest drinks companies in the world, but according to John Kennedy, its president of Europe, Turkey and India, size is less important than the ability to act quickly. 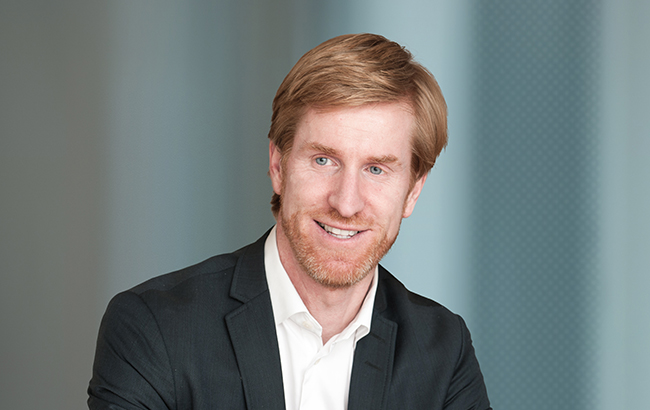 “I am a globetrotter, driven by a curiosity about the world,” says John Kennedy, Diageo’s president of Europe, Turkey and India. “I grew up in New York, my parents are Irish, my wife is English, my kids were born in three countries, we’ve lived in England, Ireland, Canada, the US and Australia. Over time, Diageo just got into my blood. It’s a company that is curious about people and cultures, so you are constantly stimulated and energised. I wouldn’t have thought I’d say this after so many years, but you feel like you learn something new every day.”

Kennedy joined Diageo just before the inception of the conglomerate in 1997, having previously worked for Quaker Oats and the firm that would become GlaxoSmithKline.

During 23 years at the world’s largest producer of alcoholic drinks, he has occupied a number of executive roles and witnessed the rapid evolution of the industry and the company itself, which now has a market capitalisation of around £75 billion (US$98bn). Despite the growth and consolidation of its competitors, Diageo maintains a leading position in a number of categories: in vodka with Smirnoff, Scotch with Johnnie Walker, gin with Gordon’s, and liqueurs with Bailey’s.

“It’s been great to see the continued progress of the business over time, and it’s been gratifying to see it continue to grow and to have played a role in that,” says Kennedy. “Certainly, from a global level, if you look at the past few years, we have seen good, consistent, sustainable performance, right in line with what we expect from our business, which is good sales growth and even better profit growth.”

The entire spirits industry has benefited from positive trends in recent years – premiumisation chief among them. But the environment in which today’s spirits leaders operate is arguably more complex than ever before, and distillers face debilitating problems on a global scale. Kennedy’s area of focus – Europe – while long seen as a reliable growth engine for Diageo and other producers, has suffered its fair share of geopolitical turmoil lately. London-based Diageo has downplayed the anticipated impact of Brexit, with CEO Ivan Menezes even claiming the UK’s departure from the EU could have a “neutral to positive” result for the firm. But uncertainty is never good for business and the wider trade has lamented a lack of clarity about the divorce.

Kennedy says while Diageo is mindful to avoid complacency, the group feels confident it is “ready to act for any eventuality”. He explains: “When you get into specific questions like Brexit, we, like everyone else, have been staring at that for a significant period of time. We’ve said it before – we’ll take whatever version of Brexit happens in our stride. We’re ready to handle any complexity that comes with it.

“We’re in a category that will not be significantly disrupted, although we are advocating for some type of agreement to be reached as soon as possible.” In particular, Kennedy foresees greater challenges for the “small and medium enterprises” Diageo works with. Crucially, and unsurprisingly, it wants to see a deal that “preserves frictionless trade across the EU”.

It’s not only Brexit that is threatening trade: US president Donald Trump’s tariffs on imported aluminium and steel have resulted in a wave of retaliatory taxes from nations around the world, including the EU, with wine and American whiskey caught in the firing line. Diageo’s presence in Bourbon is relatively small compared with the likes of Beam Suntory and Brown-Forman, but Kennedy admits the recent actions set a troubling tone for global traders.

“For us, free trade is critical. We sell one bottle of Johnnie Walker every second across 180 countries,” he notes. “We haven’t seen a significant impact in Europe from any measures that have been taken so far, but we do know that we’re not immune to trade war escalation if there’s a tit for tat between two countries or trading blocs. Right now it’s too early to anticipate any potential impact.”

But Diageo has weathered the storm of economic upheaval before, and it is prepared to do so again, says Kennedy. “Politically there’s a lot afoot and how it turns out is difficult to predict on a number of fronts. But several years ago when we were in the midst of the Europe crisis, there were a number of challenges then as well.” Diageo has “developed the attitude and focus” required to succeed in trying circumstances, he says.

The executive describes Europe as a “consistent, reliable growth engine” for Diageo. In the first half of its 2018/19 fiscal year, the group saw organic sales in the region increase by 5%, boosted by the soaring popularity of gin. In Turkey, Diageo recorded double-digit organic growth, while its Russian business grew by 2% thanks to rising demand for Scotch. Here, Kennedy sees a “long-term trend [of consumers] moving into international spirits from local categories”, with whisky poised to benefit the most.

Another key region that falls under Kennedy’s remit is India – one of the most coveted emerging markets for international distillers. He sits on the board of Bangalore-based United Spirits Limited (USL), in which Diageo acquired a controlling stake in 2014. The deal was closed after a protracted courtship, but neither party was immediately able to ride off into the sunset.

Vijay Mallya, the controversial former chairman of USL, agreed to resign for a US$75m payoff in 2016 following an internal investigation into the firm’s finances. A court battle continues as Diageo seeks US$180m from Mallya, whose name is rarely out of the headlines.

USL remains a listed company in India, but Diageo has sought to further integrate the firm into its global fold by referring to it as ‘Diageo India’ in all communication. According to Kennedy, Diageo has “made tremendous progress” in improving USL’s regulation and management. The group has also “cycled through” various challenges that have hit India in recent years, including state-specific prohibition measures, demonetisation and the so-called ‘highway ban’ on liquor sales.

For Diageo, India’s crowning glory is its growing population of younger middle class drinkers who are developing a thirst for whisky. “India has incredible potential because you’ve got a population that has a positive view of spirits, particularly whisky and Scotch whisky,” says Kennedy. “It’s a young population too – we’re seeing 25m new legal-purchase-age consumers coming to the market every year.”

One brand they will surely have their sights set on is Johnnie Walker, which celebrates its 200th anniversary next year. Diageo has big plans lined up to mark the occasion, including building a “state of the art” visitor experience in Edinburgh. The plans are part of the group’s “unprecedented” £150m investment in Scotch whisky tourism, which will also see it revamp its wider network of Scottish distillery visitor centres. For Kennedy, Diageo’s Europe team has a particular responsibility to make the most of the milestone.

“When I joined the company, I did it because I really wanted to work on the Guinness brand,” he says. “And now, much later in my career, what really fires me up is triggering the next wave of energy, excitement and growth in our Scotch whisky portfolio, led by Johnnie Walker. I feel Johnnie Walker’s home is in Europe and Scotland, so we have got a mandate to lead on this.” Diageo has more broadly increased its focus on spirits tourism and what Kennedy calls “immersive brand experiences” – another example of which is Johnnie Walker’s flagship store in Madrid, which opened late last year.

Alongside Scotch whisky, another key focus for Kennedy is gin, which continues its unabated trajectory in Europe. Diageo was quick off the mark in capitalising on the craze for pink gin, releasing Gordon’s Premium Pink in 2017, almost a year before Beefeater London Pink hit shelves. Kennedy calls the line extension “one of the biggest spirits launches in Europe in many years” and a “runaway success”. But how do you follow up such an accomplishment?

According to Kennedy, Diageo has a “huge focus on making sure that we sustain new products for many years after the initial launch period”.

A careful approach to innovation is also required when considering another key trend: low- and no-alcohol products. In 2016, Diageo invested in pioneering non-alcoholic distilled ‘spirit’ Seedlip, and has catered to health-conscious drinkers with the launch of lower-abv line extensions of its existing brands, such as Ketel One Botanical and Guinness’s Pure Brew Lager.

“There are many instances where people might want to moderate or remove alcohol in social drinking occasions,” observes Kennedy. “We have made sure that we are exploring and broadening our portfolio so we have the right offer for the right individual at that point in time.” He says of the future of such lines: “You’ll see a combination of new brands coming to market and big existing brands that increase their portfolios.”

As consumers continue to explore artisan spirits, much is said about the ability of small ‘craft’ brands to eat into the share of the big players – and they don’t come larger than Diageo. But, Kennedy says, the pace of change in the industry means size doesn’t matter: it’s about agility.

“The battle of the future is not between big and small; it’s between those who are fast and those who are slow. The markets are changing so fast that if you’re on it you’ll win, but if you’re too slow to react – no matter how big or strong you are – you’ll be beaten.

“Gordon’s Pink is an example of this; pink gin was a trend that we spotted in southern Spain and realised it could spread to the rest of Europe. So we said: why don’t we get our answer to it and why don’t we get it out to 54 countries in the next six months?

“We have to move fast – if you don’t you’re going to be beaten, no matter what competitive advantage you have.”