While our judges believe there is room for innovation in older, more expensive Cognac expressions, they were pleased to see that the XO category has improved markedly, leaving its over-sweet styles behind. 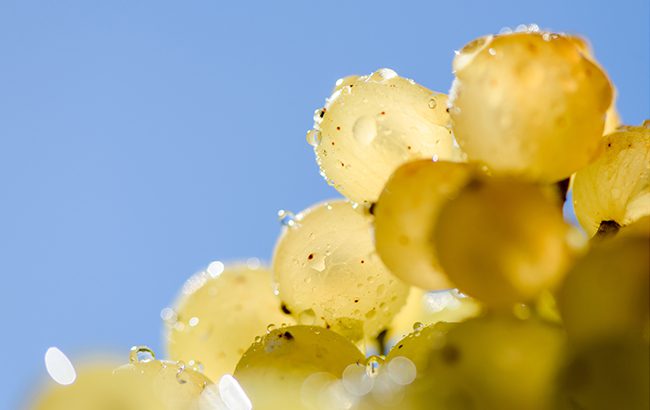 The Cognac category finds itself at a crossroads, with one path directed towards tradition and another bound for innovation.

The sector has used strict rules to build a reputation for quality, but in the face of fierce competition from other premium spirits groups, some stakeholders have asked whether the rules that guide Cognac need to be loosened. It is unlikely that such action will be taken any time soon, but a number of brands are aiming to shake up what they see as a rigid operating environment with creative blends and vintages. Two of the main ways Cognac makers are testing the boundaries of tradition is through the imaginative use of oak and lesser-known grape varieties. Other producers prefer to search for the ultimate Cognac archetype using classical methods.

This year’s Cognac Masters was held at the Hollywood Arms in London and saw all manner of expressions come under the scrutiny of an experienced panel of tasters. The team was chaired by me, Amy Hopkins, editor of The Spirits Business, and consisted of Phil Duffy, head of spirits at Amathus Drinks; Jamie Matthewson, buying manager for beer, cider, spirits, soft drinks and tobacco at Waitrose; Bryan Rodriguez, spirits buyer at Harvey Nichols; Tobias Gorn, award-winning writer and specialist consultant; and Elise Craft, Whisky Squad co-ordinator. Some of the entries were also tasted by judges in The Asian Spirits Masters.

Silver, Gold and Master medals were awarded to worthy expressions, which were grouped together in relevant categories. Judges scored each entrant according to its appearance, nose, palate and finish. The top Master accolade was given to Cognacs that scored 90% or above. The competition got off to a flying start with a Master medal awarded to Cognac Frapin’s Millésime 1990 expression in the Vintage – Single Cru round, which assessed Cognacs made exclusively from grapes grown in one of the region’s recognised crus. The expression was praised for its flavour of “rancio and evolved fruit”, as well as “tropical fruit and vanilla”. Overall, the panel agreed that Millésime 1990 demonstrated a harmonious balance of superior oak influence and fresh eaux-de-vie.

In the vintage Cognacs divided by price, another Master medal was given to one of the world’s biggest Cognac houses: Courvoisier. The brand’s Napoleon bottling was deemed to be “really well balanced” with a “harmonious combination of flavours”, securing the top award in the Vintage – Super Premium round. In the Vintage – Ultra Premium flight, the brand’s “refined” Initiale Extra iteration won Gold, impressing judges with its “precision and complexity”. 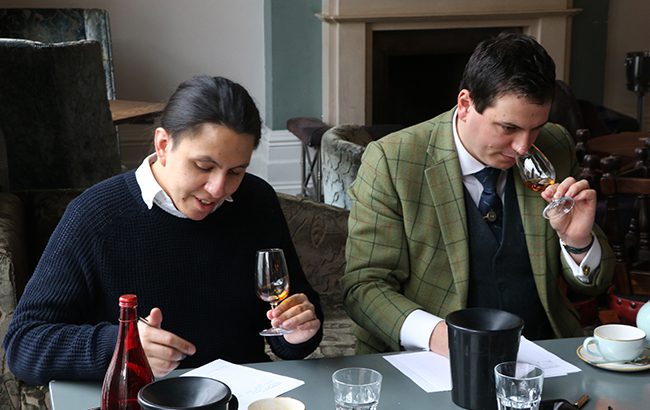 Then tasters turned their attention to the blends, all of which were segmented according to price. The VS – Premium flight yielded three Silvers, for “classic and correct” Courvoisier VS, “nice and fresh” N°1 – Godet Cognac, and “earthy and smoky” Martell VS. Discussing the flight, judges agreed that there’s some exciting work in younger Cognac, which they said should celebrate its vibrant nature instead of manipulating colour and profile.

“Cognac done well is an incredibly elegant, sophisticated drink, but the thing that’s going to bring the category into the modern age is young Cognac,” observed Duffy, “young Cognac that’s proud and is showing off the cru.” In the higher-priced VS – Super Premium flight, Camus Very Special won Gold for its “good articulation of flavour”, which judges agreed was “subtle and elegant”. Maison Ferrand won Silver in the same round for its 1840 Original Formula expression, which Rodriguez said displayed “grape, floral, pear and spice” flavours.

The VSOP focus kicked off with three Golds and two Silvers in the Premium leg, with all medal winners deemed decent examples of their category and good value for money. “I got masala and some woodiness,” Rodriguez said of Gold medallist Merlet Brothers Blend Cognac. “The palate was all about orange peel and zest. It’s a Cognac that has progressed into early adulthood. It’s fluid.” Meanwhile, Duffy believed the aroma of Ferrand 10 Générations to be “the most evocative of them all”.

Three Golds followed in the VSOP – Super Premium round, for “complex” Cognac J Dupont Grande Champagne Art Nouveau 52 VSOP, “floral and herbal” Camus VSOP and “dry” Ferrand Reserve Double Cask. “I could have carried on picking flavours from this Cognac for ages,” Craft said of the latter medallist. “It’s got some really interesting flavours that have been well integrated, such as redcurrant jam and coconut water.”

A single Gold for “delicate and sweet” Cognac Frapin VSOP followed in the VSOP – Single Cru flight. “I got flavours of apple-and-pear custard tart, elderflower and orange blossom – it’s got a sweetness and grapiness in addition to wood smoke and truffle,” said Rodriguez. “It was quite complex and very pleasant to taste.” Craft added: “This is why you bottle a single cru: it’s got something specific to say.”

The competition ended with three flights dedicated to XO Cognac, starting with those in the Super Premium price segment. Here, Naud Cognac XO won plaudits for its “rich and vibrant nose” and its “woody palate with dried fruits and raisins”, resulting in a Gold medal.

In the XO – Ultra Premium round, another Master medallist was discovered: Courvoisier XO. Judges agreed that the expression was a clear example of “what you get when you pay more for age and depth”, with “harsh alcohol turning into complexity, creating something quite special”. Despite its rich rancio character, the Cognac managed to maintain its “vibrancy and freshness”. A further five Gold medallists were named in the round, making it one of the strongest of the day.

END ON A HIGH

The judging ended on a high, with a Master medal awarded to Cognac Frapin’s Château Fontpinot XO expression in the XO – Single Cru round. “From the first smell it beckoned you in,” enthused Duffy. Craft added: “This Cognac has all of the complexity you want and nothing is out of balance. It’s almost architectural.”

Overall, judges were pleasantly surprised by the strength of the XO offering, which has in the past suffered from over-sweetening and a lack of balance. However, they wanted to see more innovation from the older, more expensive expressions, noting that some brands too often play it safe. “Cognac is a tight category but that doesn’t mean you can’t innovate,” said Duffy. “Not all Cognac should conform to a template. If you deviate from the classic, you really need to do it well and show us something different.”

As the competition came to a close, judges retasted all of the Master medallists and ranked them to discover the Cognac Taste Master – the best in class entrant. The tasting came full circle with Frapin’s Millésime 1990 expression taking the top accolade. “This is truly an example of excellence in ageing,” said Rodriguez. “An outstanding Cognac.”

Click through to the following page for the complete list of medal winners from The Cognac Masters 2019.