The impact of low- and no-alcohol on spirits

Drinks companies are, paradoxically, finding success by tapping into consumers’ desires to reduce their booze intake. The Spirits Business asks how the market for lower-abv drinks has changed, and how it will develop in the future. 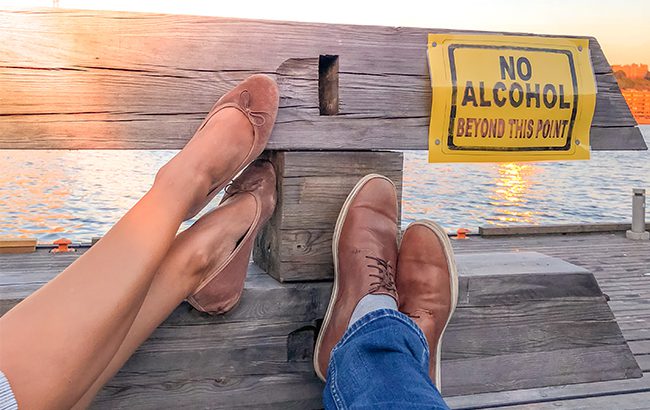 Once the chaos of Christmas has calmed down, attention tends to turn towards the new year and new beginnings. For many, this becomes a time of reflection on the year gone by and making resolutions for the one ahead.

With this often comes attempts to ‘undo’ the over­indulgence of the festive season – and so millions take up the challenge of Dry January, which sees them abstain from drinking any alcohol for the first 31 days of the year. Run by charity Alcohol Change UK and backed by the UK government, around 4.2 million were expected to take part in the abstinence challenge last month, according to a YouGov poll published in December 2018.

Studies have shown numerous health benefits from giving up the booze. Research from the University of Sussex in England revealed 88% of those who took part in Dry January saved money, 80% felt more in control of their drinking and 58% lost weight. But most notably, of the 800 people surveyed, those who endeavoured to complete Dry January were still drinking less alcohol than before by August.

And here lies the trend: consumers are, unquestionably, reducing their alcohol intake – and not just for campaigns such as Dry January. The behavioural shift towards drinking less alcohol, but better quality – or to cut it out altogether – is one that is becoming a year­-long lifestyle choice for many people.

A YouGov poll into attitudes towards low-alcohol beverages – which formed the first annual survey by trade body the Portman Group – revealed 7% of those questioned have already switched some of their alcohol intake to low-­ or no­-alcohol substitutions. ‘Generation sensible’ is leading the way, with 9% of those aged between 18 and 24 having already switched to low­- or no­-abv alternatives, and those aged between 18 and 34 being most likely to make the switch (22%). “It’s fantastic to see so many people embracing low­-alcohol alternatives as a way to continue to enjoy a drink while doing so responsibly,” enthuses John Timothy, chief executive of the Portman Group. “For many people, there are significant benefits to having a drink with friends – but at the same time it’s important that people don’t drink too much. These findings are a reflection of the positive trends we are seeing when it comes to declining binge-­drinking levels and the cultural shift that is happening in the relationship between young people and alcohol.”

The move towards a lower-­alcohol lifestyle was jump-­started by Seedlip, the world’s first non­-alcoholic distilled ‘spirit’. Before Seedlip’s arrival, Spiros Malandrakis, industry manager of alcoholic drinks at market researcher Euromonitor International, recalls that non-alcoholic options were often skewed towards women and, unsurprisingly, never took off. “For the first time, producers have started focusing on younger generations looking to cut down their alcohol consumption,” he says. “The younger generation coming into play is different from the baby boomers before, so the low­-alcohol trend is not limited to the confines of anti­-drink driving campaigns or pregnant women or religious limitations, but it is actually something to aspire to.”

For founder Ben Branson, Seedlip is about offering a sophisticated non-alcoholic beverage option to consumers who choose not to drink alcohol, but want something more than a simple soft drink. It’s not about an ‘all or nothing’ attitude towards alcohol.

“There are some incredible alcoholic spirit producers out there,” says Branson. “Yet the non­-alcoholic space has been overlooked. A drink should be great and grown­-up regardless of its alcohol content. We don’t see it as ‘stop drinking alcohol, drink Seedlip’. It’s for if you’re driving or pregnant, or it’s Monday lunchtime – Seedlip is for these kinds of occasions when it’s not usual or legal to have an alcoholic drink. It’s about having balance and moderation.”

The rise of low­- and no­-alcohol seems to be a consumer-­led trend, rather than one that has been spearheaded by the on­-trade. In answer to growing consumer demand, spirit producers have quickly reacted with lower­-abv line extensions for some brands. Last year, Diageo introduced two “ultra­-low” pre-­mixed gin and tonic sparkling beverages under its Gordon’s gin brand, one made with lime, the other with grapefruit. Both have an abv of just 0.5%.

Diageo also brought out a low­-abv botanical range for its Ketel One Vodka: Peach and Orange Blossom, Cucumber and Mint, and Grapefruit and Rose. Each has been bottled at 30% abv – 10% lower than Ketel One’s original expression – and is recommended served with sparkling water, ice and garnished with herbs, citrus or fresh fruit.

Combined with a minority stake in Seedlip, secured through its Distill Ventures unit, Diageo clearly has faith in the low-­ and no­-abv category’s potential. But the low-­alcohol line extensions for its established spirit brands were not born out of fear that zero­-alcohol ‘spirits’ will steal market share from alcoholic products, insists Michael Ward, global head of innovation at Diageo.

“We put the consumer at the heart of our business, so the moves we make in no-­ or low-­alcohol are about providing choice for different occasions,” says Ward. “Drinking alcohol isn’t just about abv, it’s about intriguing and complex flavour, sociability and ritual. Millions of people choose our products all over the world. Offering choice and promoting moderation lines up very clearly with our values and aims as a business; this is all about catering for people’s changing needs.”

But Malandrakis notes that this lower-­abv line extension approach will not be suitable for every brand, or category. “Companies need to look deeper into their core demographic and see if the launch will benefit it,” he explains. “I don’t see high profile single malts needing to go down that route. It’s not like you can just take this template and superimpose it on every brand; that would be a wrong move.”

But even the makers of tonic water – gin’s brother in arms – have adapted their ranges to meet the demand for alcohol­-free options. Franklin & Sons has launched a collection of dual­-flavoured tonic waters – including rosemary and black olive, and pink grapefruit and bergamot – as well as three flavours of “sophisticated” infused sodas, which can be enjoyed without being partnered with a spirit.

“The aim was to create soft drinks that offer the same depth of flavour and complex taste of premium alcohol serves, but with no alcohol and much less sugar,” says Jen Draper, the company’s marketing director. “The infused sodas have been created to be served in a tall wine glass, over ice with a fruit garnish. As well as great­-tasting non-­alcoholic drinks, the serving experience, either in a bar or at home, is enhanced.”

It’s an intriguing point to raise. Yes, consumers are becoming more health-conscious, but they are simultaneously seeking greater experiences. People still want to socialise, whether at home or in bars, pubs or clubs, so creating a sophisticated serve that is still ‘occasion-­worthy’ is crucial to the low­- and no­-alcohol category’s longevity.

“This consumption behaviour will accelerate demand for more sophisticated soft drinks as consumers want to keep quality and tastes in their drinks,” says Draper.

In the US, however, a new non-­alcoholic trend is emerging. Over the past year, the alcohol industry has been keeping a close eye on the emerging legal recreational cannabis market – a trend Euromonitor’s Malandrakis believes will bolster the low- and no-­alcohol category.

Canada made recreational cannabis legal in October last year, and numerous US states have also legalised the drug. Simultaneously, cannabis­-based beverages – usually infused with CBD (cannabinoids), the non-psychoactive compound found in the cannabis plant – have become increasingly common, and Malandrakis believes that as cannabis becomes part of the social norm, availability of these drinks will grow. Constellation Brands was the first big drinks firm to move into cannabis with its purchase of a stake in Canopy Growth in 2017.

“The best way for companies such as Constellation to enter this market would be through products like non­-alcoholic CBD-infused drinks,” says Malandrakis. “This year, considering it’s the first year cannabis has become legal in Canada, there’s a lot of experimentation and testing going on for these sorts of products. We’re going to see the cannabis and non­-alcoholic side of things coming together to create a new segment.”

Seedlip’s Branson has also been aware of the growing noise surrounding the legal cannabis sector. But does he see a correlation between the success of cannabis and the non-­alcoholic ‘spirits’ category?

“It’s too early to tell,” he says. “I’m not as close to the market as someone like Spiros, but there’s a huge cultural force at work, and consumers are curious to explore ways to switch off from a busy, hyper­-connected world. Where are we going to socialise in 10 years’ time, how and who with?

“Attitudes are changing, but alcohol isn’t going anywhere – there are just more options these days.”