A host of hot new bars opened this month, including Lyaness from Ryan Chetiawardana – which has taken over the former Dandelyan site on the banks of the River Thames in London.

Take a look at our gallery of the hottest bars to open in March.

Did you miss our round-up of February’s best bar openings? Take a look here. 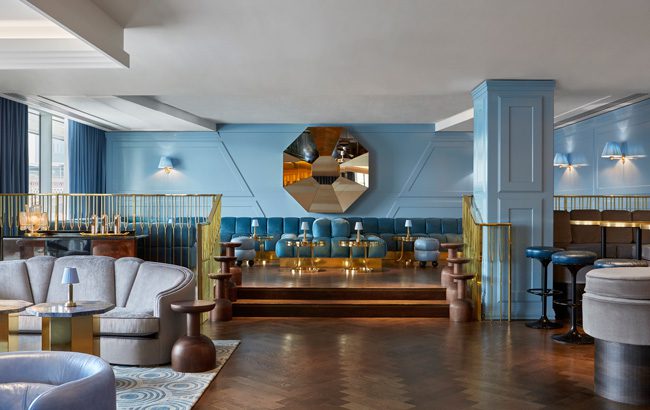 Ryan Chetiyawardana opened his new Lyaness venue in London, which has replaced his award-winning Dandelyan bar in the Sea Containers hotel.

The new venue, which features a drinks menu that “democratises the way that cocktails are consumed”, has been designed to centre attention around its bar and views across the River Thames. Lyaness features colours of pale blue and soft grey in the lounge to channel the 1920s with a hint of 1970s retro.

Lyaness moves away from a traditional cocktail menu with a drinks list of seven ingredients, said to give guests the power to choose what they want to drink based on “an ingredient familiarity from a more established food connection”. 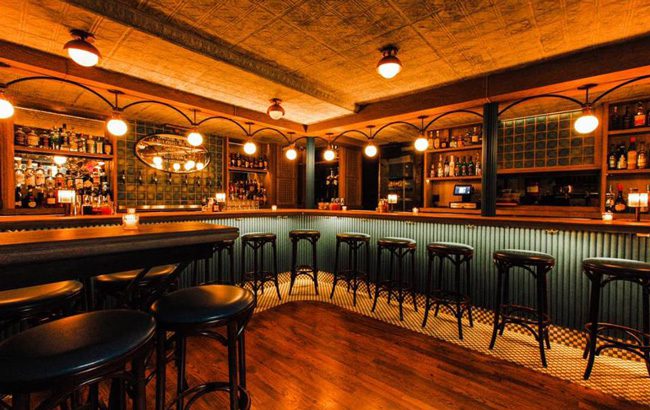 Created by a group of friends from some of the East Village’s best bars, including Drexler’s, Boulton & Watt, and Mister Paradise, Paper Daisy serves “approachable cocktails” alongside “fresh” dining options.

Guests will be able to pull up a pew at the 14-seat bar or grab a high-top table to enjoy the bar’s drinks, which fuse modern ingredients and playful flavours. 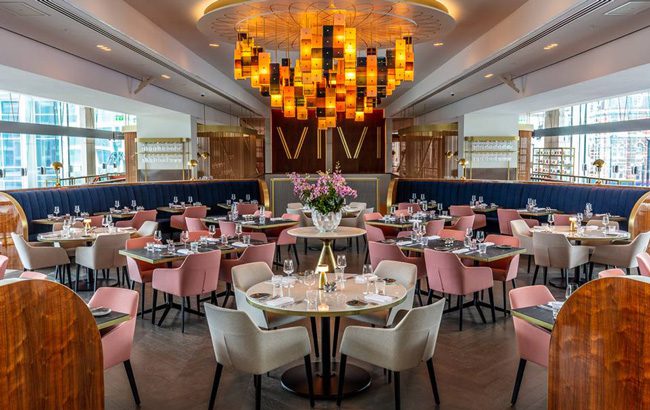 Following an extensive refurbishment, the London venue has reopened in a space separated into four distinct areas: Vivi dining room, Vivi bar, Vivi liquid lounge and The Gallery. The designs for each area have been inspired by the 1960s and include pink and turquoise furnishings and dogtooth fabrics.

The bar’s music-inspired cocktail menu features the Rolling in Brown Sugar, made with Champagne, rum, Martini, jasmine and brown sugar. 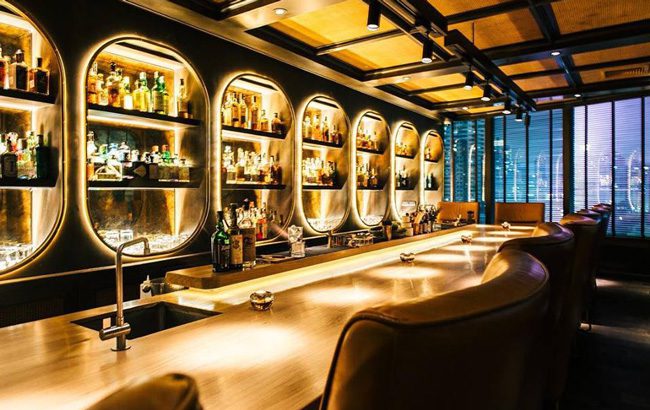 Opening on the 11th floor of Bangkok’s Akyra Thonglor hotel, 008 Bar is the latest speakeasy-inspired bar to open in Thailand’s capital.

With its focus on Prohibition-era focus, 008 Bar’s signature serves include the Tommy Flowers, made with vodka, corn, Dolin Blanc and egg white; and The Captain, which contains gin, Green chartreuse, bee pollen and lemon.

008 Bar can be found behind an unmarked doorway at one end of the terrace on the hotel’s 11th floor. 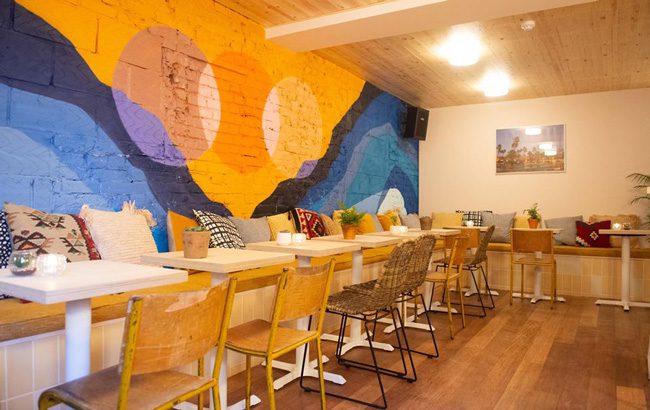 London bar operator Bar 6 Group opened the third venue in its Near & Far chain this month, taking over a site in Camden, north London.

Set over four floors, the third Near & Far venue to open in the capitol offers a “quirky” cocktail menu served up in a laid back environment – where imbibers can also find DJs performing at weekends. 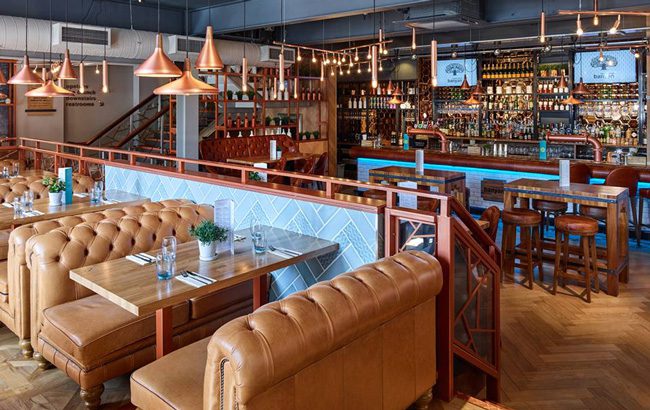 Taking over a 10,000sq ft space split across two floors, Banyan Bar Newcastle will serve up an innovative cocktail menu, which features the Rhubarb & Hibiscus Spritz, made with rhubarb liqueur, Reyka vodka, hibiscus, Aperol, vanilla, lemon and soda; and the Lemon Cheesecake, which combines Ketel One Citroen vodka, limoncello, lemon and gingerbread. 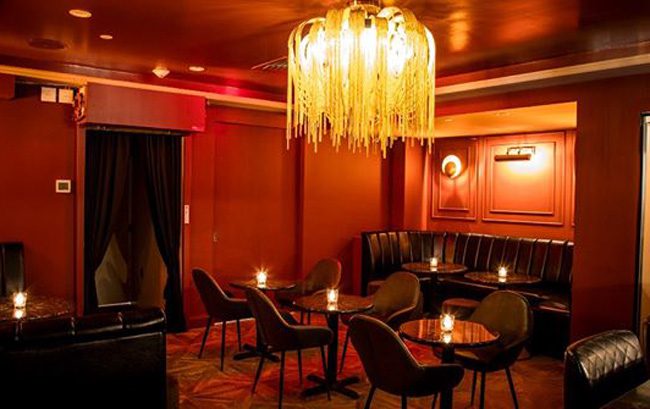 Lost Hours, which opened in New York, is the latest venue from Proprietors LLC – the brains behind famed speakeasy Death & Co.

Tucked behind a sliding door in the lobby of Hotel 3232 in New York’s Midtown district, the vibrant space features a menu of sophisticated serves divided into four categories: air, water, earth, and fire.

From spring, the bar will also serve up a food menu curated by Jon Yun. Dishes will include small plates such as a sashimi platter, a seafood and cucumber salad, uni toast, fried chicken and oysters. 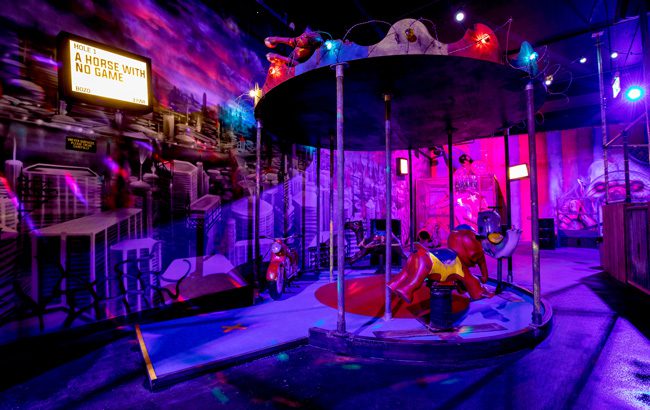 The group’s latest venue offers three courses, one inspired by an abandoned fairground, the second themed around a jungle environment and the final course is set within a scrapyard.

The new site is also home to four new bars, each serving up a host of “colourful, creative and sweetly nostalgic” cocktails, such as the Ribena Turner, Hot Line Ting, Don’t Tequila my vibe and Post Malone. 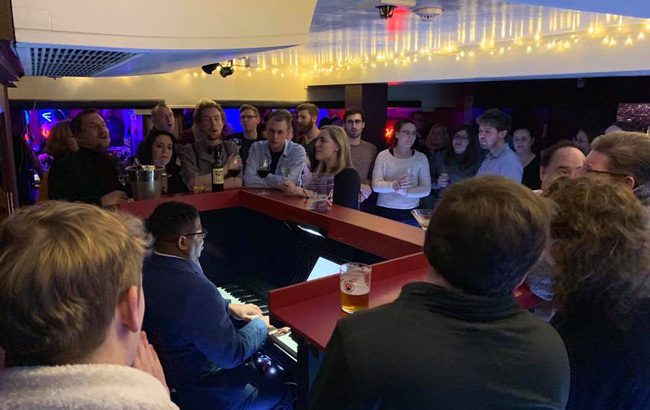 Overtures has opened beneath central London pub City of Quebec, offering a chance for imbibers to sing their hearts out to their favourite show tunes, such as Les Misérables, Wicked, My Fair Lady, The Sound of Music and Grease.

A pianist will perform every night, with space around the piano for drinkers to gather round, request songs and sing along to every note. 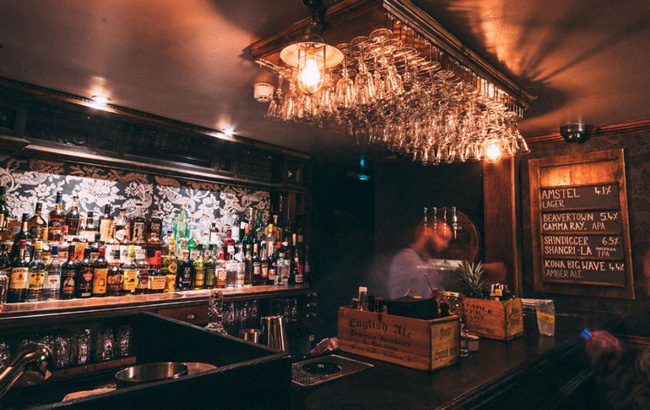 Inspired by tavern culture, Blind Tyger boasts a “stimulating” menu that showcases cocktails and tonics for all occasions.

Taking inspiration from the first Prohibition era in the 19th century, Blind Tyger provides a new location for the community to drink, discuss day-to-day life, politics and everything in between.